Marat “Cobra” Gafurov showed that he’s a force to be reckoned with in the lightweight division by handing #5-ranked contender Lowen Tynanes his first career defeat.

Their mixed martial arts clash went the full three rounds at ONE: COLLISION COURSE on Friday, 18 December, in Singapore, and it was the former ONE Featherweight World Champion who took home the victory by narrow split decision. Gafurov took the initiative in the initial striking exchanges, flicking kicks and looping punches in the Hawaiian’s direction. Tynanes feinted to look for openings and then chopped in some low kicks of his own, but neither man had full control in the stand-up range.

It was Tynanes who changed the complexion of the frame, as he charged in behind a right hand and pushed “Cobra” to the Circle Wall. From there, he scored with hard left hands to the body and head, but the Russian defended takedown attempts well and stayed upright to land some knees.

The fighters were broken up and restarted in the center of the Circle with nearly a minute left in the opening round, but Tynanes scored with a big left hook before closing the distance again. He briefly dragged Gafurov to the canvas, but he could not maintain his position as the round ended. 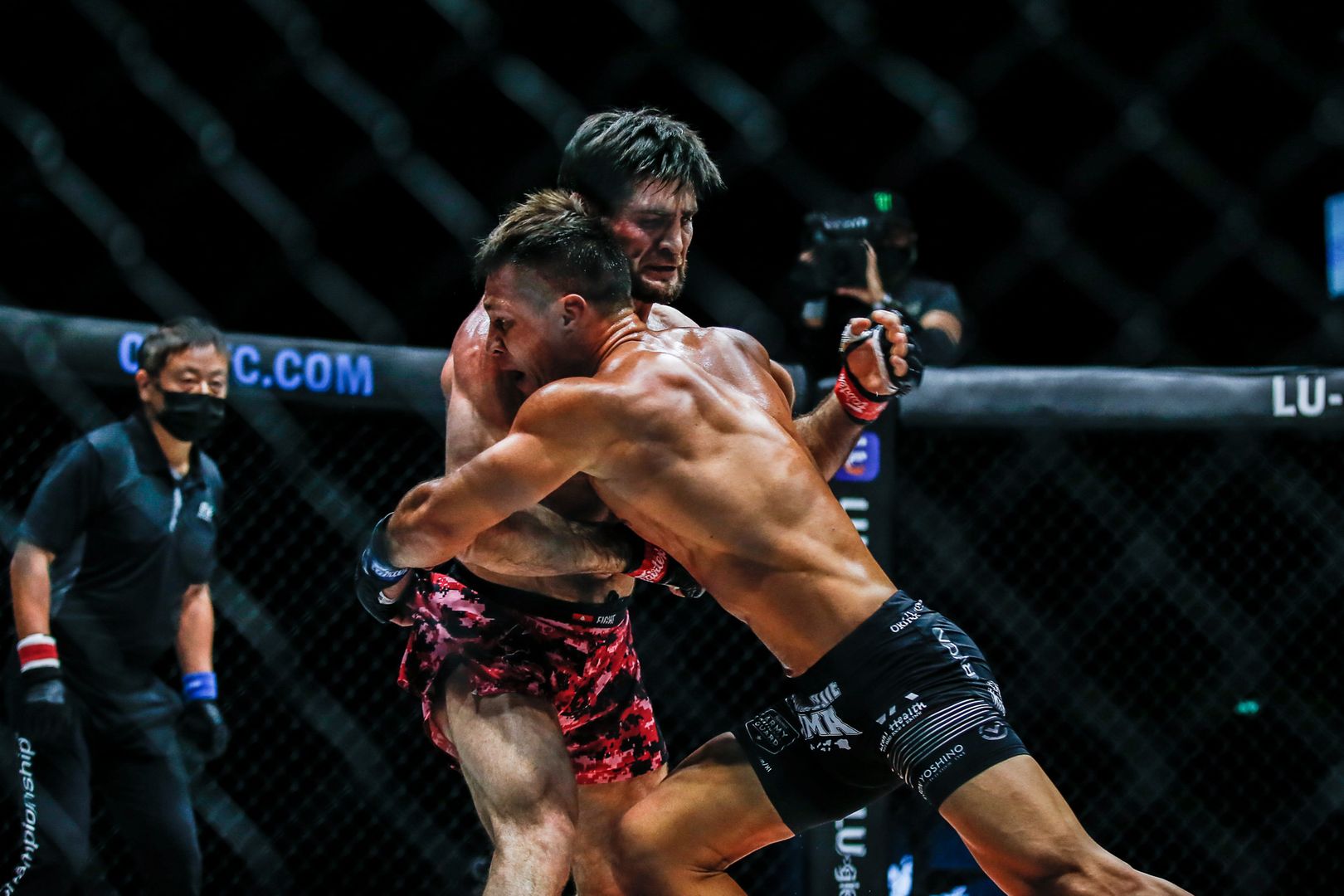 Gafurov opened the second stanza with his kicking arsenal, but he struggled to land on his American rival. Tynanes closed the distance again and briefly attacked with a single-leg takedown, but a thudding right hand got him back into a body lock position on the Circle Wall.

Again, it was a grueling battle between two strong grapplers. Tynanes got Gafurov down briefly with a double-leg, but he could not keep him there, and the former World Champion bounced back. The American then attacked with body shots and a hard left elbow in close until the foes were separated.

In the middle, “Cobra” threw out an array of kicks and seemed confident, but the most telling strike came with an overhand right from the Hawaii Elite MMA product late in the stanza. 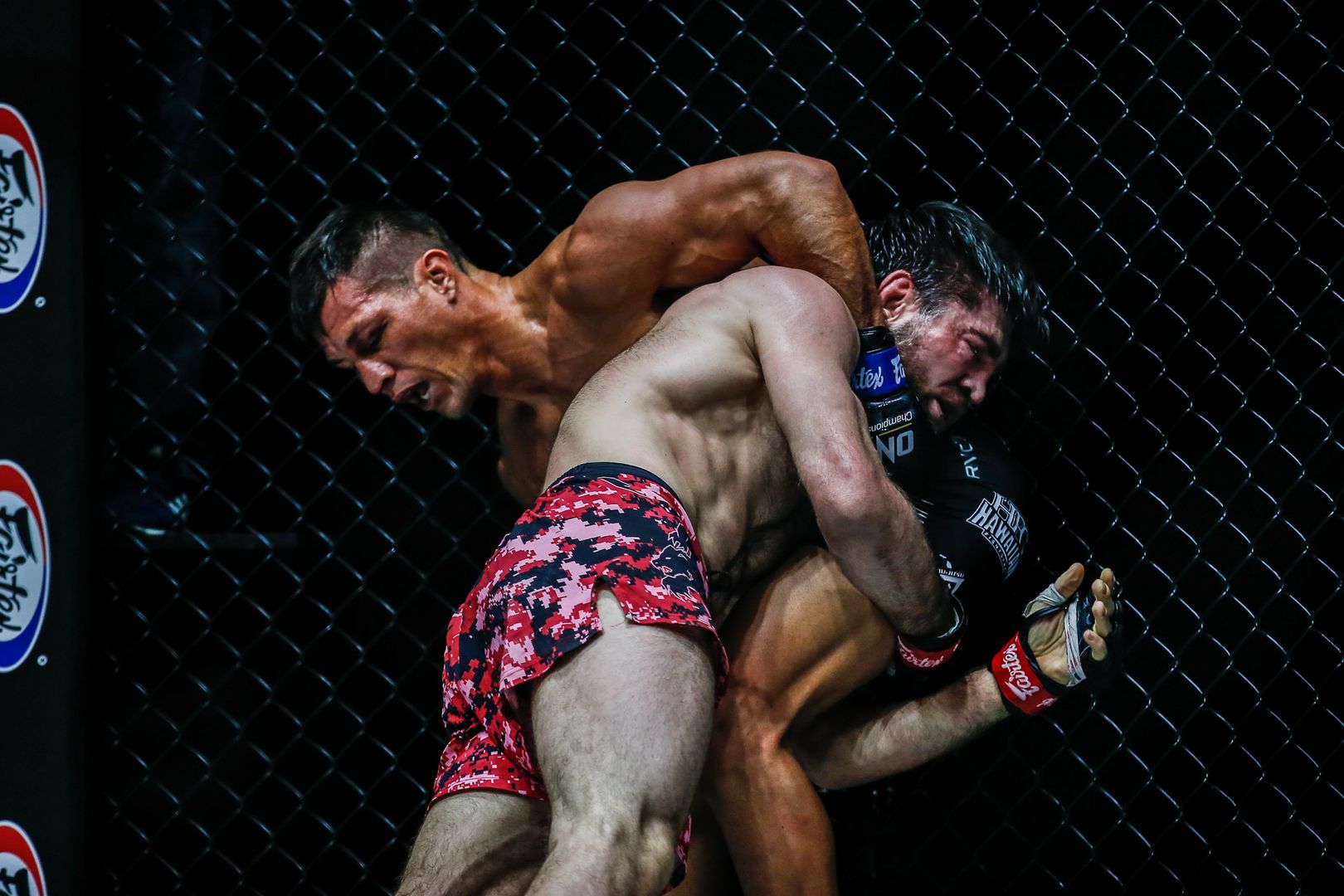 It looked like the unbeaten Honolulu native held a slight edge going into the final round, but Gafurov stepped on the gas to stake his own claim. He pressed forward with kicks until Tynanes pushed him to the Circle Wall and worked for a body lock.

Again, Tynanes got his opponent down briefly, but he couldn’t consolidate the position, and the switch in momentum came when “Cobra” got his turn to attack.

The 36-year-old Russian first got his man down with a single-leg and managed to hold the position before Tynanes scrambled back up. However, Gafurov stuck to his opponent like glue and took the 10-0 star down again. 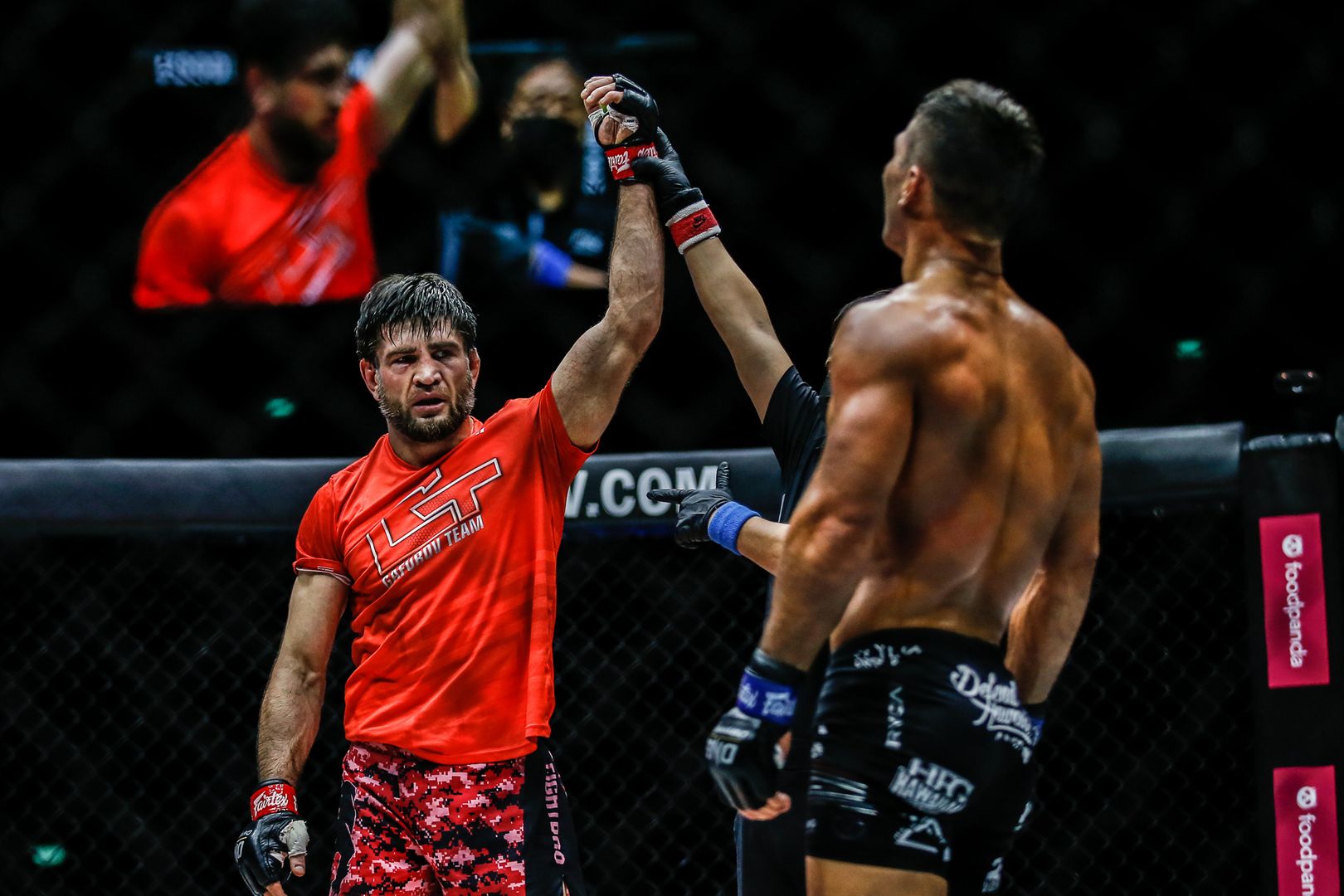 Tynanes never stopped trying to regain his feet. The American landed with hammerfists and punches to try and deter his rival’s wrestling attacks, but “Cobra” would not allow it.

The final bell sounded just as Tynanes freed himself, which left the decision up to the judges. After a razor-close 15 minutes, two of them favored the Russian by split decision.

Now 18-3, Gafurov may have earned himself a spot in the ONE Athlete Rankings at lightweight as he looks to claim a World Title in another weight class.