Rising Indonesian star Elipitua Siregar continues to impress inside the ONE Championship cage, as he turned in yet another spectacular performance at ONE: WARRIOR’S DREAM.

He showcased tremendous speed and power in Jakarta, Indonesia on Saturday, 17 November, dominating Pakistan’s Muhammad “The Spider” Imran before he secured a thrilling submission victory in the second round.

Elipitua Siregar lights up Jakarta with a slick RNC submission win over Muhammad Imran at 2:10 of Round 2!

Elipitua Siregar lights up Jakarta with a slick RNC submission win over Muhammad Imran at 2:10 of Round 2!Watch the full event LIVE & FREE on the ONE Super App ????http://bit.ly/ONESuperApp | TV: Check local listings for global broadcast

Heading into the 58.1-kilogram catch weight contest at the Stadium Istora, Siregar was a perfect 2-0 in his young career thanks to a pair of first-round finishes.

As a result, a lot of hype surrounded the 21-year-old Bali MMA product against his toughest opponent yet in the former PFC Strawweight Champion.

Looking strong and composed, Siregar stepped forward and attacked Imran’s body with punishing kicks to start the first round. The Indonesian was beaming with confidence, as he kept Imran on edge and on the back foot.

In a flash, he shot in for a double-leg takedown and planted Imran on the mat, but the Pakistani athlete reversed positions quickly.

On the ground, Imran controlled the action, advancing his position while Siregar tried his best to stay out of danger until the bell rang to end the frame. 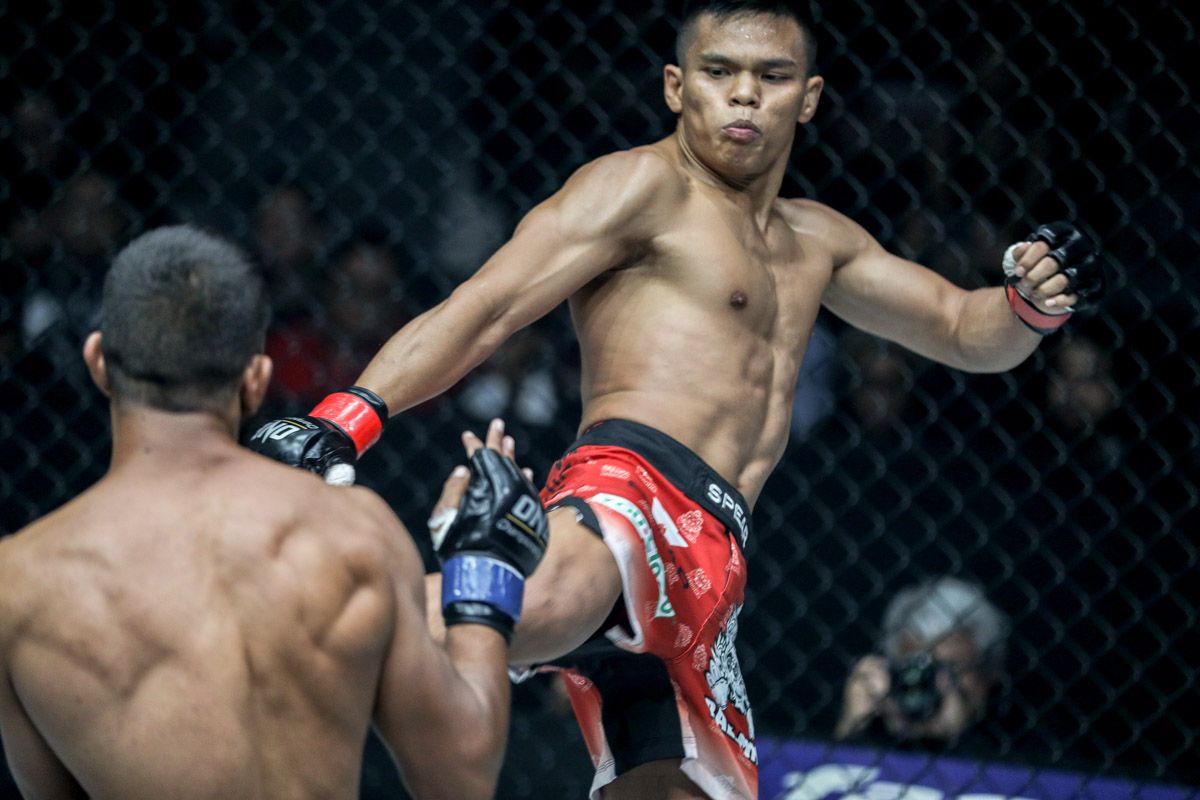 In the second round, the two warriors began trading strikes at the center of the cage for about a minute before another scramble for dominant position on the ground ensued.

Siregar took mount, and he tagged Imran repeatedly with strikes, softening up the Pakistani for the finish that would soon follow.

Taking advantage of a defensive lapse from Imran, the young Indonesian martial artist took his back and immediately went for the rear-naked choke.

With his arm underneath Imran’s neck, and his palm applying pressure from the opposite side, it was just a matter of time before the Pakistani tapped out. The end officially came at the 2:10 mark of round two, with Siregar notching the impressive submission win to remain unbeaten.

After three tremendous stoppages, the Bali MMA representative has proved to be a talent to watch, and the rising star deserves another step up in competition in his next outing.