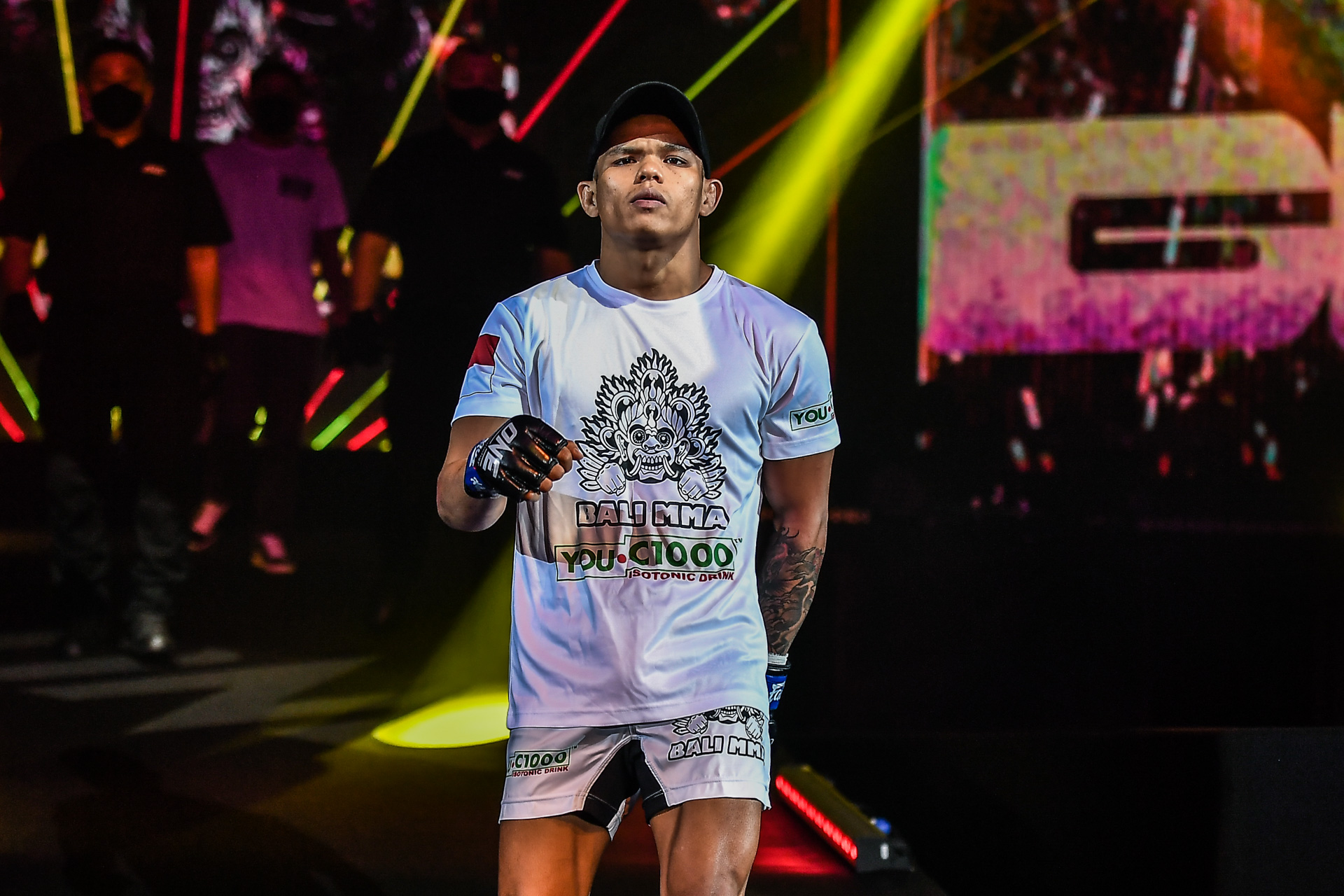 Some of life’s biggest rewards come from the biggest sacrifices, and that’s certainly true for Elipitua Siregar, who left the safety of his home and parents at just 15 years old.

That difficult choice eventually led “The Magician” to the world’s largest martial arts organization, where he’ll return to action against Robin Catalan in an MMA contest at ONE 157: Petchmorakot vs. Vienot on Friday, 20 May.

Raised in the Indonesian province of North Sumatra as the youngest of nine siblings, Siregar knew his parents worked hard to provide for their family – but he also saw another road.

“My family was limited in every means, but not to an extreme point. My parents were rice farmers and brought home enough for the family to eat.

“One of [the motivating factors] to leave was the dream of a better life. There was an economic factor too.”

Siregar’s uncle was the head trainer at Ragunan Wrestling Academy in Indonesia’s capital city of Jakarta, and this offered the youngster a chance to take a risk.

His brother Jeremy – who was six years older – was already training at the academy. So in 2011, the teenager used the only money to his name and made the 2,000-kilometer, three-day bus journey from his hometown of Medan.

Fortunately, that effort landed “The Magician” a spot in the wrestling program after he displayed some talent and successfully competed in several provincial competitions.

“They were looking for new recruits to be wrestling athletes. At first, I didn’t think or ever hope to become a wrestling athlete. I just went there to find a better opportunity. I went from Medan to the school there in Jakarta and ended up working there. I left my home with nothing.

“In the beginning, I wasn’t automatically enrolled to the wrestling program. In the first few months, Jeremy helped with the daily expenses, and after that, I got a monthly stipend of Rp 700k (US$48.2). It wasn’t a huge number, but when I got accepted to be in the team, I could live in the dorms. I could train, eat, and live there, so it was a good amount for me to get by.”

A Tough But Worthwhile Road To ONE Championship

Although Elipitua Siregar earned a wrestling scholarship at 15 years old, his worries were not over.

The Indonesian had never before left his hometown, and there were times when the leap seemed like too much.

However, with no financial means to leave the capital city, the young athlete was forced to stick it out – something that turned out to be a blessing in disguise.

“I was sad to leave my parents, as I was their youngest child. I would always stick to my parents. And at first when I was in Jakarta, I didn’t think I’d make it. The first few months were tough, I wanted to go home almost every day.

“I thought about quitting a lot. I wanted to go back but I didn’t have any money, and I had a responsibility because I became a member of the Jakarta wrestling team.”

Those years as a wrestler in Jakarta – pushing himself both physically and mentally – laid the foundations for Siregar’s successful transition to mixed martial arts in 2018.

He’s now built himself the career of his dreams and finally has the ability to support his family back home.

Although his father sadly died in 2018, the Indonesian is using his status in ONE to help his mother in Medan, and that’s how he knows the hard road was worth it.

“I’m doing all this for my family, especially my parents, because my mother can no longer work now, and my oldest brother stays to look after her.”

“Little by little, all my sacrifices paid off. Now I get to meet a lot of good people in the wrestling world and in Bali MMA, and I get to compete in a big organization.

“My family’s condition is much better now, a lot better than before when I was a wrestler. The difference is huge.” 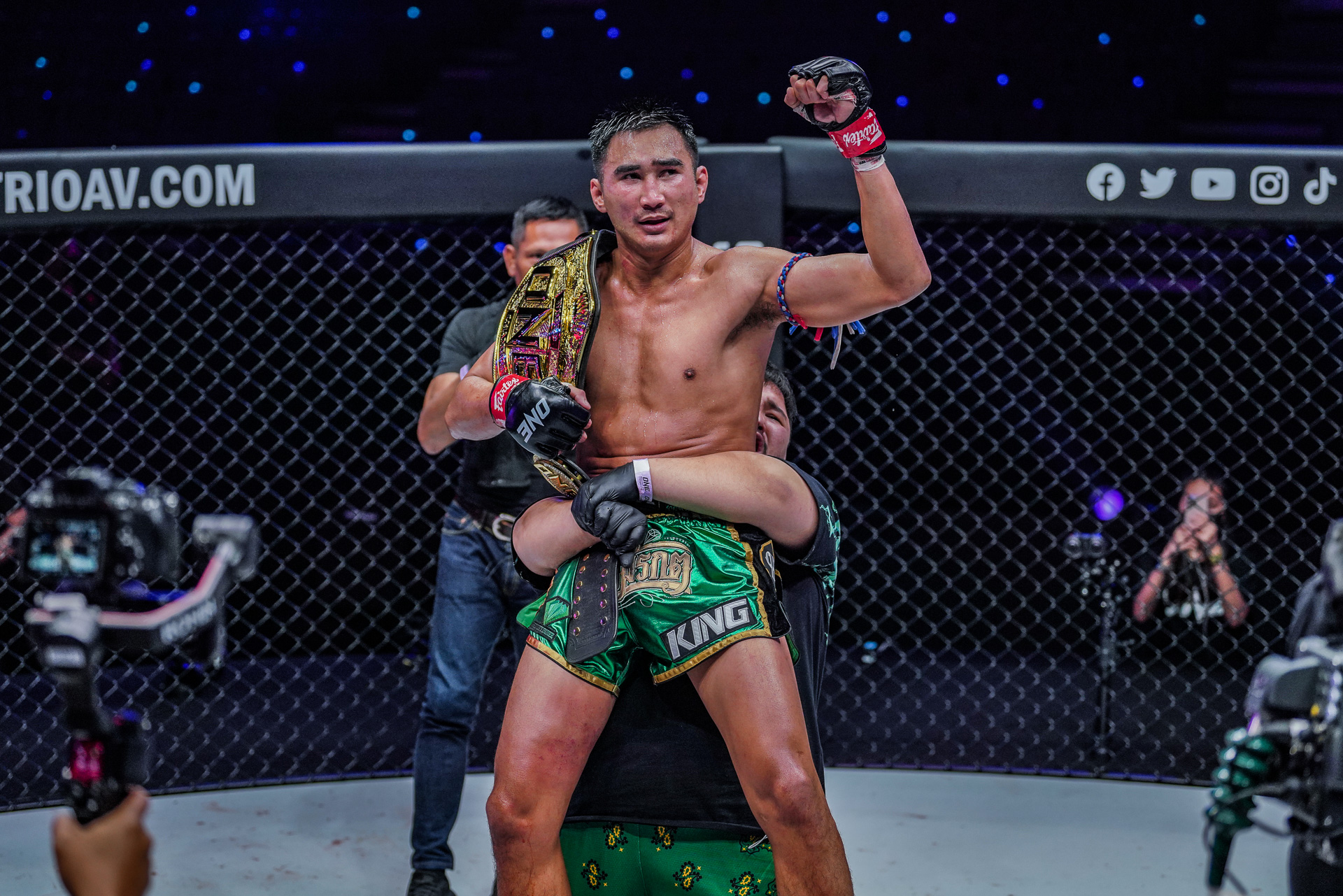