“MMA Sister” Lin Heqin had a debut to remember at the Thuwunna Indoor Stadium in Yangon, Myanmar on Friday, 8 March.

She impressively submitted the Filipina with less than a minute remaining in the first round of their women’s atomweight mixed martial arts clash.

In her ONE debut, Chinese phenom Lin Heqin sinks in a deep triangle choke to submit Jomary Torres at 4:12 of Round 1!

In her ONE debut, Chinese phenom Lin Heqin sinks in a slick triangle choke to submit Jomary Torres at 4:12 of Round 1!Watch the full event on the ONE Super App ???? http://bit.ly/ONESuperApp | TV: Check local listings for global broadcast

Lin tried to establish her striking in the opening moments of the preliminary card bout, but she found herself driven back against the cage fence after “The Zamboanginian Fighter” pounced on a hook-kick attempt and closed the distance.

Despite being pressured against the cage, the 25-year-old Hunan resident displayed her abilities in close quarters. She expertly spun off the fence, turned the tables on her rival, and showed she was just as good in the clinch as the Filipina.

Torres remained committed to the takedown attempt, however. After securing a strong body lock, the 23-year-old managed to roll Lin off the fence and drive her into the canvas. 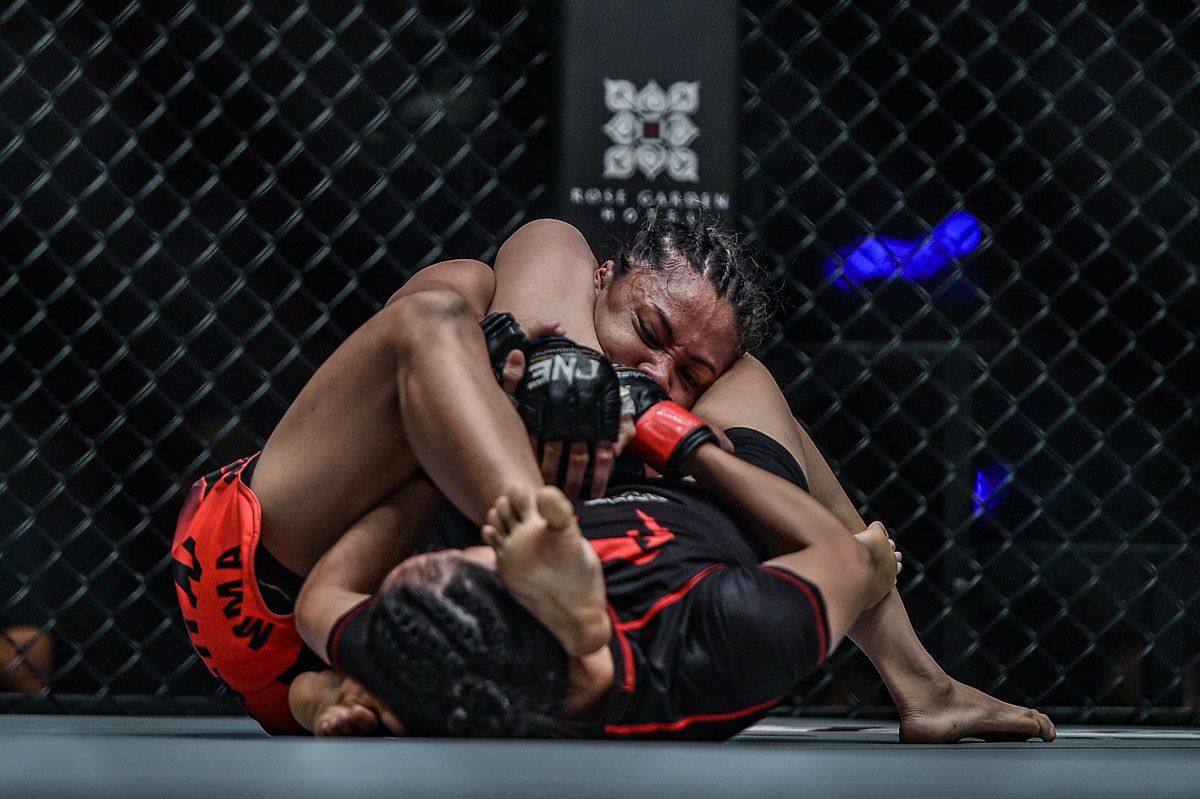 While it initially looked like the Catalan Fighting System-trained athlete had secured an advantage on the mat, Lin flipped the script.

The Chinese athlete instantly locked up a triangle choke and, after a little adjustment to secure the hold, put on the squeeze and forced Torres to tap at the 4:12 mark of the opening round.

Lin’s remarkable finish pushed her professional mixed martial arts record to 17-2-1 and formally announced her arrival as a dangerous newcomer to the women’s atomweight division. 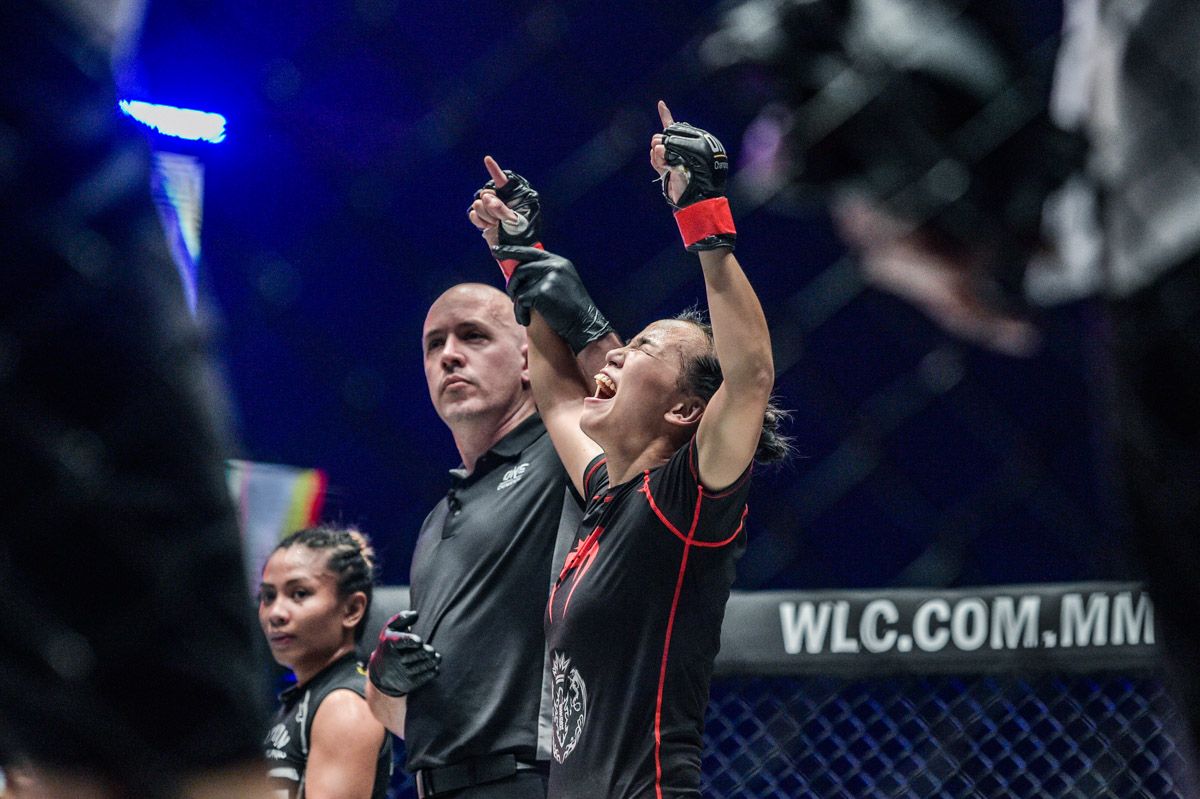 With a host of exciting potential match-ups on the horizon, the future looks bright for ONE Championship’s newest star.