“Rock Man” Chen Lei predicted he would win by knockout, and that is exactly what he did.

On Friday, 29 June, the unbeaten Chinese bantamweight faced Afghanistan’s Ahmad Qais Jasoor at ONE: SPIRIT OF A WARRIOR and he stopped the undefeated promotional newcomer via TKO in the third round.

Although the 29-year-old scored the victory in front of a capacity crowd at the Thuwunna Indoor Stadium in Yangon, Myanmar, he had to battle back from an early scare.

"Rock Man" Chen Lei rolls through Ahmad Qais Jasoor with a rockin’ TKO at 1:27 of the third round!

"Rock Man" Chen Lei rolls through Ahmad Qais Jasoor with a rockin’ TKO at 1:27 of the third round!Watch the full event LIVE & FREE on the ONE Super App ???? http://bit.ly/ONESuperApp | TV: Check local listings for global broadcast

Jasoor, who is the first athlete from Afghanistan to compete under the ONE Championship banner, comes from a combat sambo and boxing background, and he used everything in his arsenal during the opening stanza.

The 28-year-old Kabul native was quick to go for the takedown. He trapped Chen in a body lock, and he continuously looked to drag the action to the mat.

Chen showed good defense before working his way free with a slick kimura transition. As soon as they separated, the athletes threw heavy punches at one another, with each aiming for the knockout blow.

Jasoor landed first with a powerful right hand, which crumpled “Rock Man” and sent him down to the canvas. The Afghan followed up in an attempt to get the finish, but the Chinese athlete was able to scramble out of a bad position. He recovered before the bell rang to end the first frame. 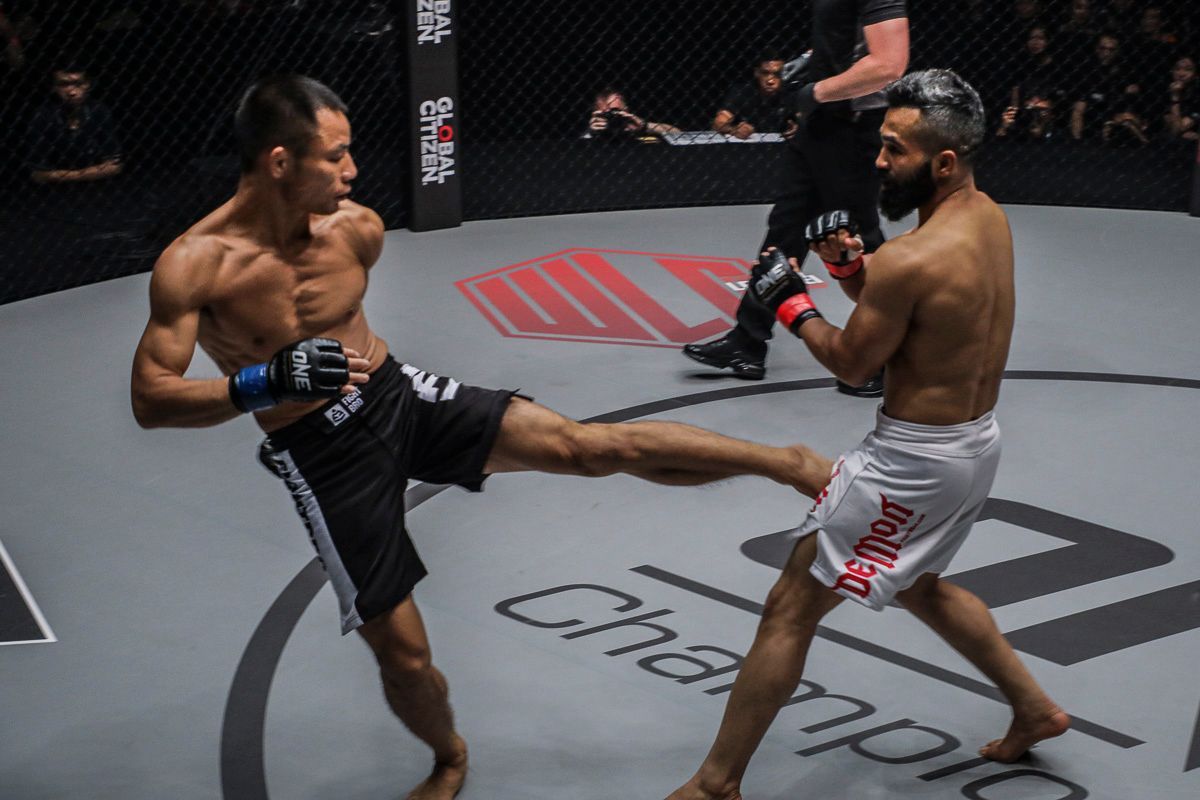 The furious flurry and repeated takedown attempts took a toll on Jasoor, however. He looked winded as the second round got underway, and the Changsha, China resident quickly took advantage.

Chen took his opponent to the ground in short order before hammering away at the Afghan with punches and elbows from the top. “Rock Man” remained in control, and constantly looked to improve his position. He did as much damage as he could before time in round two expired.

As the final round began, Jasoor’s hands were at his hips and he showed signs of exhaustion. Chen wasted no time in taking the action back down to the ground, where he unleashed a barrage of strikes. 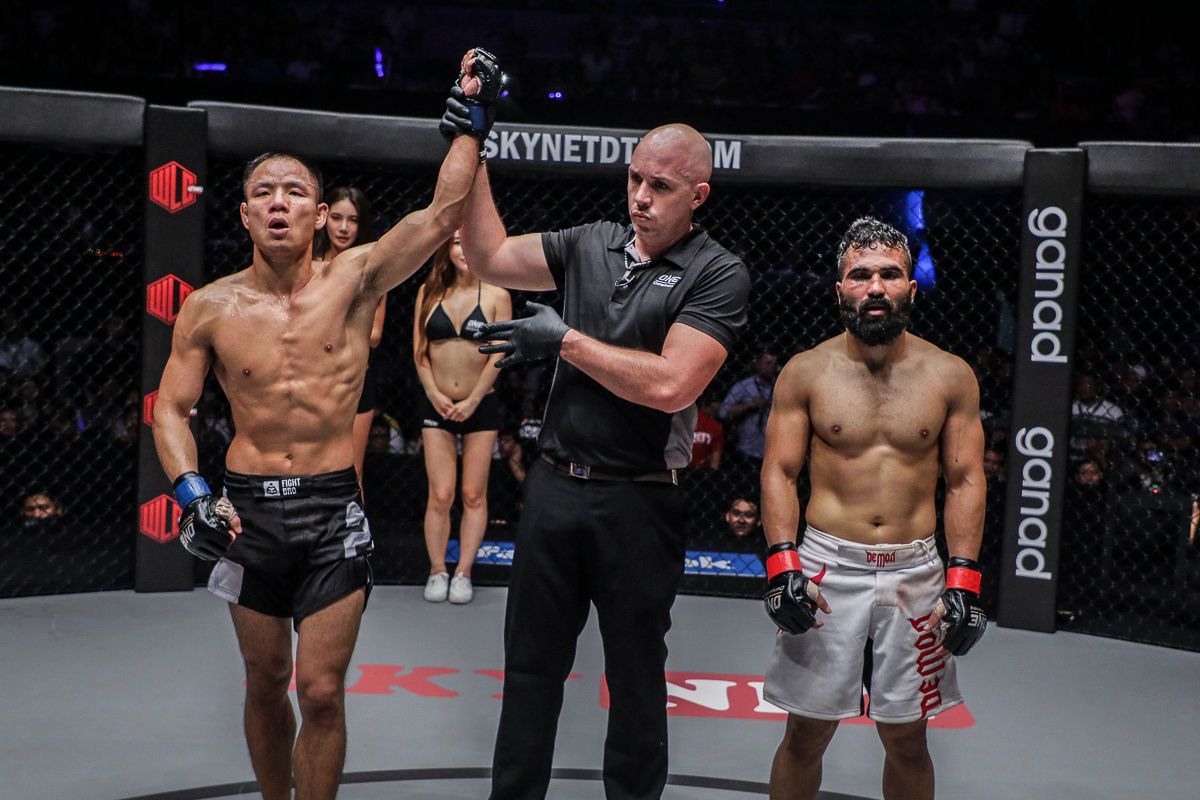 With Jasoor doing little to defend himself, referee Olivier Coste had no choice to but to call a stop to the contest at the 1:27 mark of the final round.

“Rock Man” battled back from adversity to maintain his spotless record. Now at 8-0, he will look to continue his climb up the bantamweight ladder in 2018.