Filipino-American superstar Brandon “The Truth” Vera was nothing short of spectacular in his return to action after nearly two years away from the ONE Championship cage.

The ONE Heavyweight World Champion showed no signs of rust when he thwarted Italian challenger Mauro “The Hammer” Cerilli just 64 seconds into the main event of ONE: CONQUEST OF CHAMPIONS.

The first-round knockout victory at Mall of Asia Arena in Manila, Philippines came from a perfectly-timed left hook at a lunging Cerilli, who was out before he hit the canvas.

Although he reminded fans just how dominant he is, the 41-year-old titleholder admitted he felt an enormous amount of pressure to perform just hours before he made the walk to the cage.

“I puked four times inside the dugout before I went out, and one [time] at the curtain,” he reveals.

“But once it opened, it was game time. I was very nervous.

“Pressure is not a real thing, it’s not a physical force. It’s something we put on ourselves in life. During this camp, I had to remind myself that pressure is not real.”

Before ONE: CONQUEST OF CHAMPIONS, “The Truth” was last seen in action at ONE: AGE OF DOMINATION in December 2016 when he stopped Japanese behemoth Hideki “Shrek” Sekine within a round.

After his first-round demolition of Sekine, Vera took a break from mixed martial arts as he channeled his attention to the world of showbusiness. 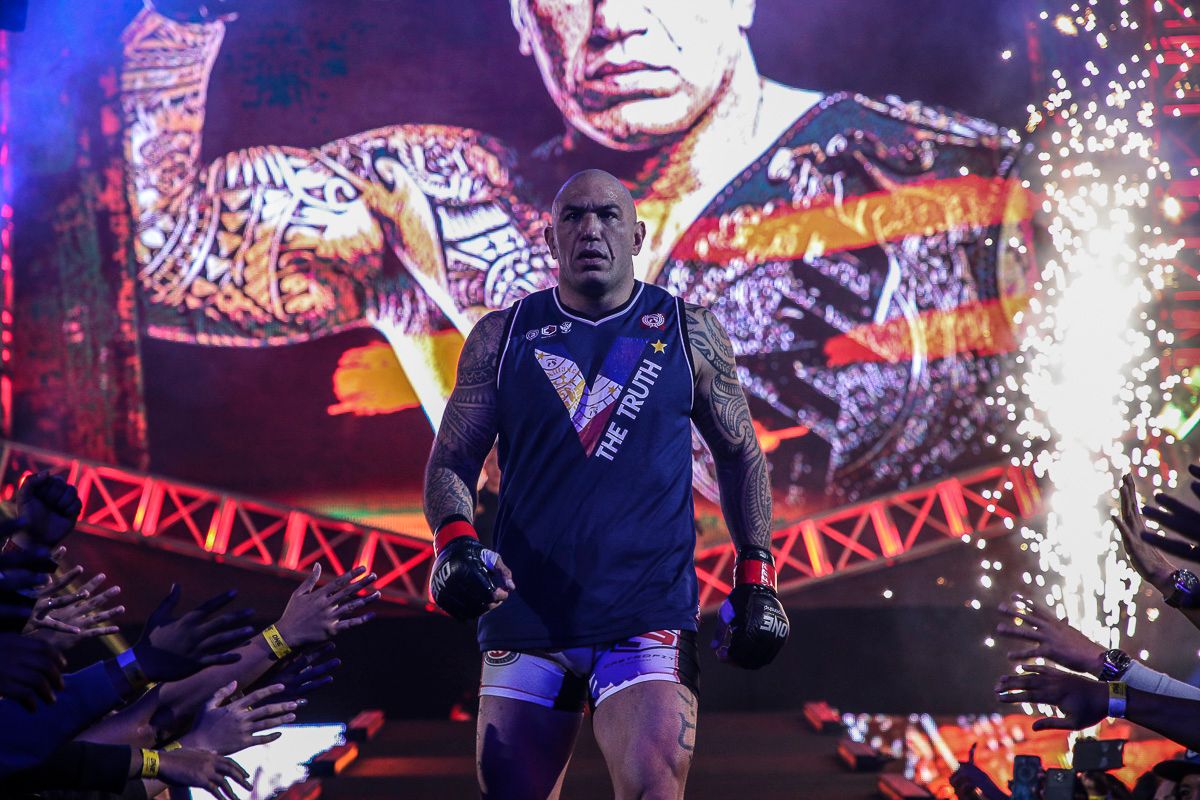 During his time away from the sport, he starred in the movie BuyBust, which received critical acclaim worldwide.

Vera tried to stay in shape and squeeze in some training sessions, but nothing can replicate the experience of live competition in front of thousands of fans, and he experienced severe anxiety when he began his dedicated preparation for the hard-hitting Italian.

Luckily, he had a strong support network to get him to his match in peak condition.

“I didn’t sleep for two days in a row during training camp because of the pressure,” he shared.

“I talked to my wife, dad, and everybody. I just had to be open with what’s going [on] in my head.” 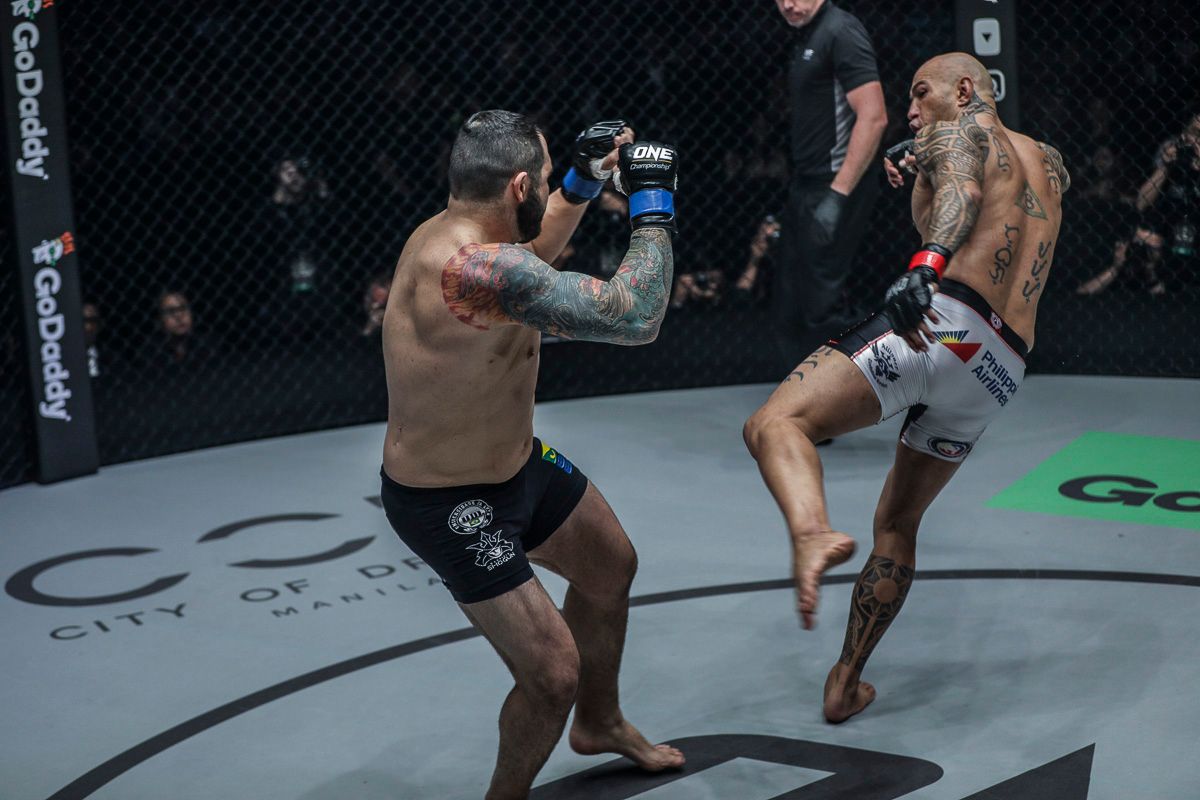 In spite of the pressure, Vera pulled off a vintage performance against Cerilli, who arrived in the world’s largest martial arts organization with a reputation as a fearsome finisher.

“The Truth” took control of the action from the opening bell by utilizing his long reach and kicks to establish range and keep his opponent on the outside.

Cerilli was left with no other choice but to rush in to attempt to land his shots, but he paid the price for his aggression. Vera saw an opening to shut his lights off as he charged forward and tagged him with a hard left hook.

As soon as the bout ended, the heavyweight kingpin danced around the cage in relief and elation.

“I never plan or think I’m going to finish a fight like that,” he admits.

“I just want to go in, fully prepared, pushing the pace, and make them dance to my tune. When they start to try to dance with me, that’s when I can catch them.

“I’ve been gone for two years, but it looks like I can still do it.” 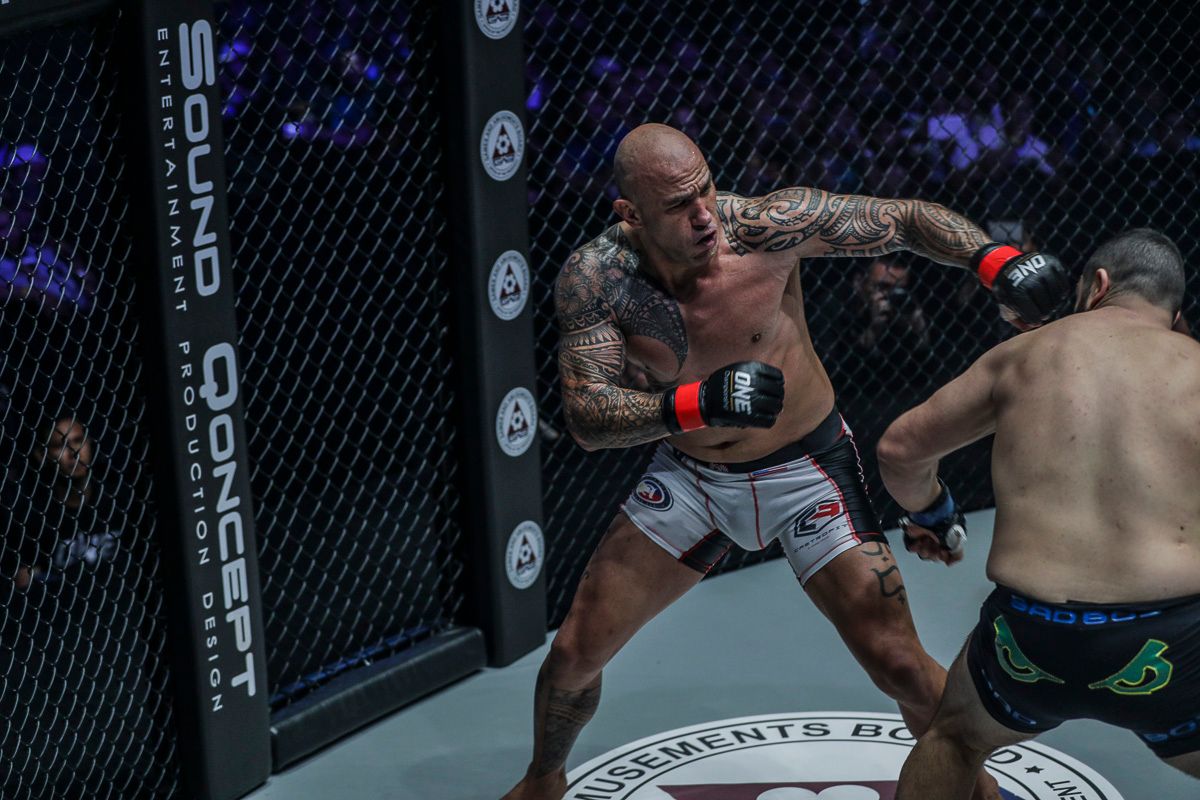 “The Truth’s” triumph ended a spectacular evening for mixed martial arts in the Philippines. His victory maintained his country’s tally of five World Champions under the ONE Championship banner, making it by far the most dominant nation in Asia.

But Vera believes the athletes from his motherland can do even more. In a rallying call, he encouraged his compatriots to support their heroes, and help to increase the Filipino haul of gold.

“In the world of martial arts, the Philippines owns five World Titles,” he says.

“We can do this. Continue your support. Let’s get all the belts.”