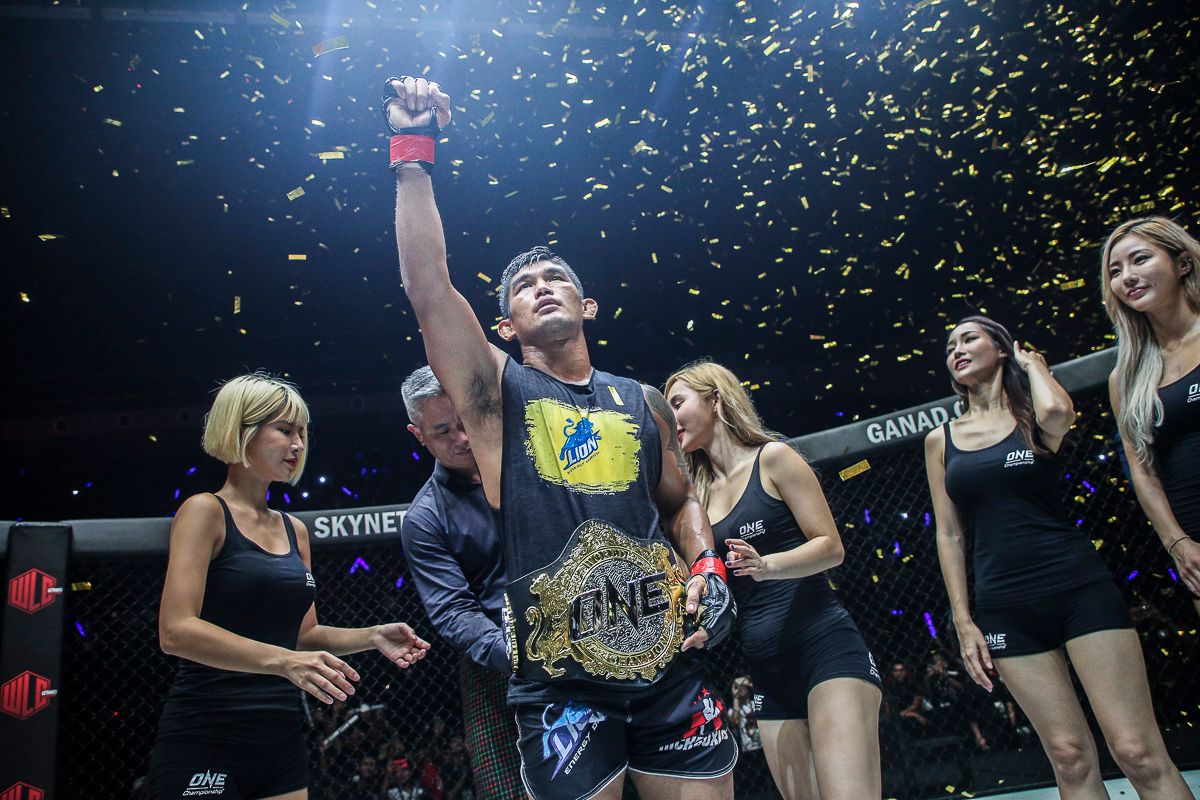 The 33-year-old local hero delivered another near-flawless display to dominate and dispatch the Lebanese challenger midway into the first round to retain his ONE Middleweight World Title at ONE: PURSUIT OF GREATNESS on Friday, 26 October.

With the win, the two-division ONE World Champion maintained his record of never losing a match in his native Yangon, Myanmar.

“The Burmese Python” brings the house down with a sensational TKO of Mohammad Karaki at 2:21 of Round 1!

Aung La Nsang(Burmese Python) brings the house down with a sensational TKO of Mohammad Karaki at 2:21 of Round 1!TV: Check local listings for global broadcast

Karaki’s game plan was clear from the outset, as he looked to close the distance on the titleholder and secure a takedown. Aung La N Sang was well prepared, however, and he stuffed his rival’s takedown attempts.

With the Lebanese challenger’s grappling nullified, “The Burmese Python” set to work on his own strategy, which was plotted and drilled during his training camp at Hard Knocks 365.

The gym is renowned for the excellence of its striking program, which is led by head coach Henri Hooft, and the Myanmar sports icon demonstrated just why as he dismantled “O Lutador” with his precise, powerful punches.

A big uppercut stunned Karaki as they broke apart from the clinch, and a follow-up right hand sent him to the canvas. An early finish looked to be in the cards, but to his credit, the challenger battled back to his feet.

However, the writing seemed to be on the wall for the man from Beirut. 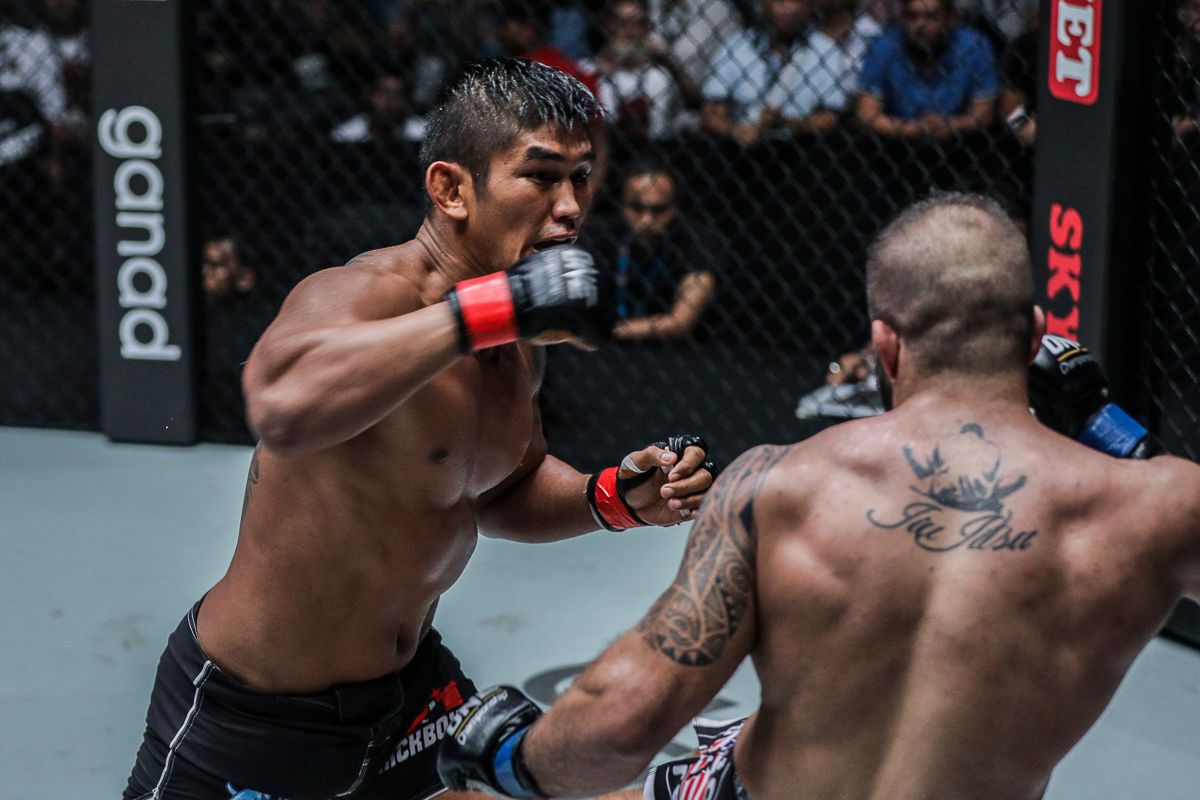 Aung La N Sang stuffed a desperate takedown attempt from Karaki, then hurt his adversary with a powerful left to the body and dropped him with a stiff right hand.

This time, the Lebanese athlete could not battle back, as “The Burmese Python” followed his opponent to the mat and finished him with ground strikes. Referee Olivier Coste had no choice but to dive in and stop the contest at the 2:21 mark of the opening round.

The win takes Aung La N Sang’s career record to 24-10 (1 NC), and extends his winning streak to five bouts since he captured the ONE Middleweight World Championship from Vitaly Bigdash back in June 2017.

WIth the Myanmar hero seemingly getting better and better with every performance, he is showing no signs of letting either of his belts go. 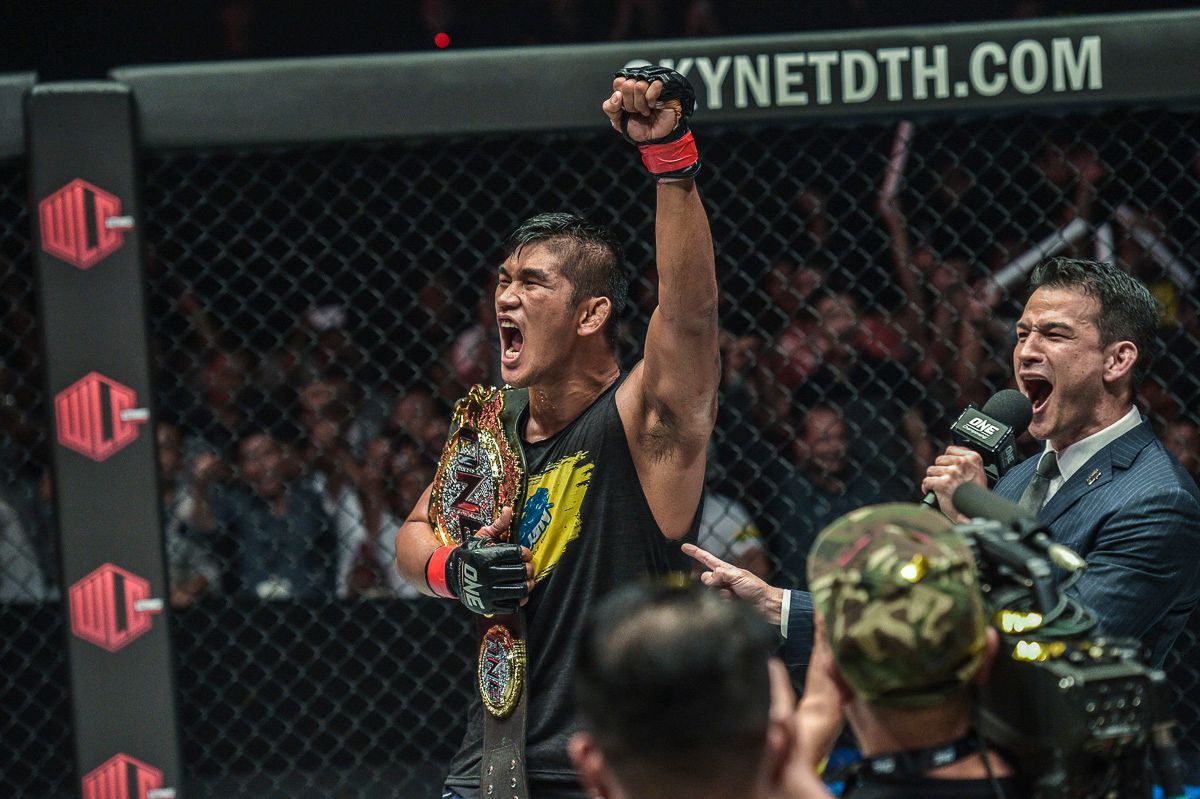 The two-division ONE World Champion stated his intention to continue developing and inspiring his fellow countrymen with ever-improving performances.

Given his performance against Karaki, that was quite a statement.