Andy “Souwer Power” Souwer said in pre-bout interviews that he is aiming for a ONE Super Series Kickboxing World Title, and by the look of his performance on Friday, 4 December, he’s right on target.

Souwer scored a unanimous decision win over “Bamboo Sword” Zhang Chunyu in their ONE Super Series kickboxing featherweight clash at ONE: BIG BANG inside the Singapore Indoor Stadium. 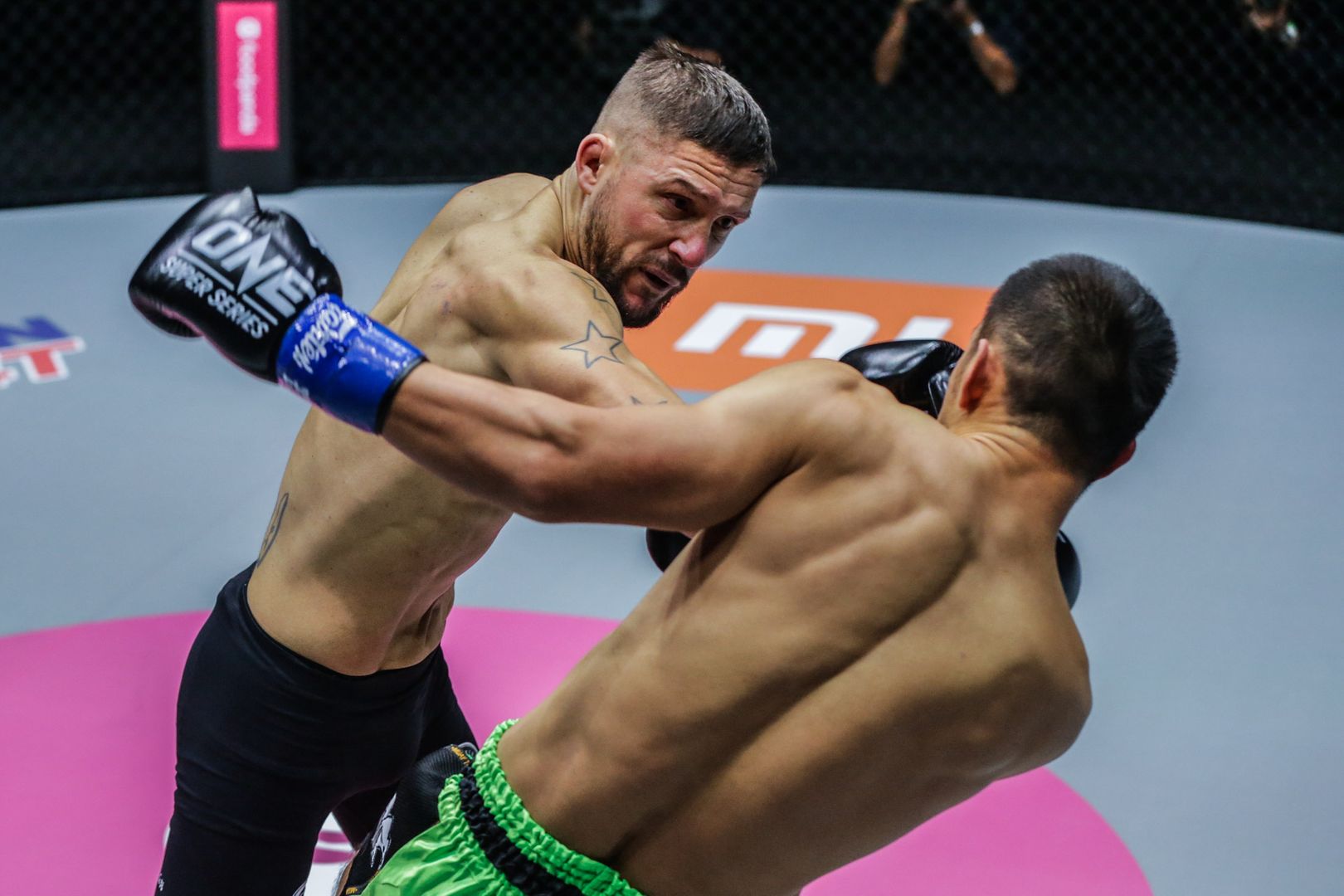 The first round kicked off with Souwer attacking the legs of Zhang and the latter trying to pin down the bouncing Dutchman.

But the legend’s movement kept his Chinese opponent swinging at air, and “Souwer Power” was able to land impressive body shots while avoiding his rival’s counters.

“Bamboo Sword” found a home for a right high kick in one of the frantic exchanges, wrapping the instep of his foot around Souwer’s neck. The tactic only fired up the kickboxing great, and Souwer returned with a three-piece combination that reminded Zhang who he was standing across from. 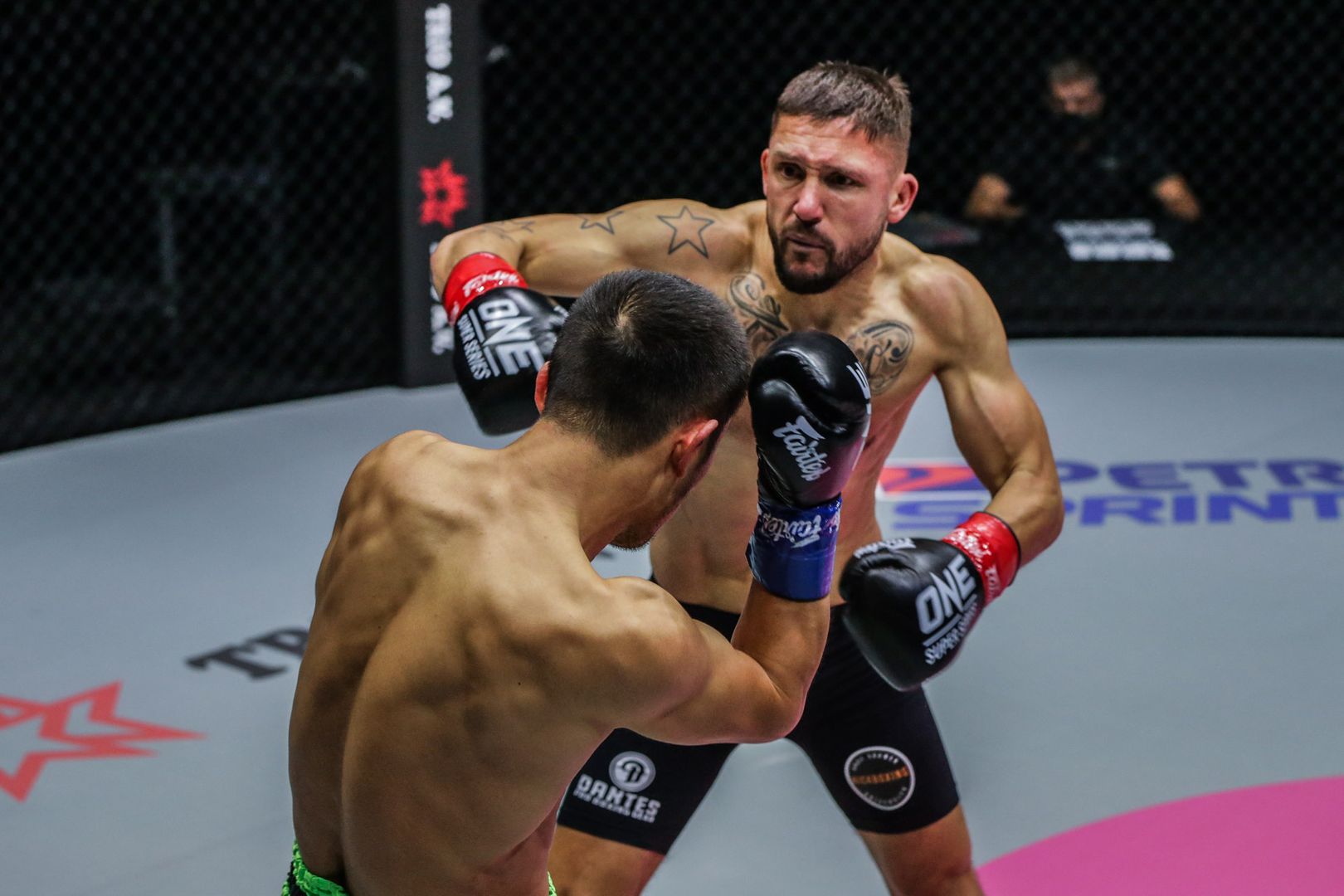 Going into the second round, Zhang came out anew. The Chinese striker opened up with solid left hooks and body kicks, beating Souwer to the punch and kick – and he even sent a stabbing knee into his rival’s belly.

However, an unintentional push kick from Zhang to Souwer’s groin momentarily stopped the action, and when the bout resumed, “Souwer Power” was right back where he started in round one.

Every time Zhang threw one punch, Souwer threw three or more and followed up with kicks to seemingly cinch the second round. 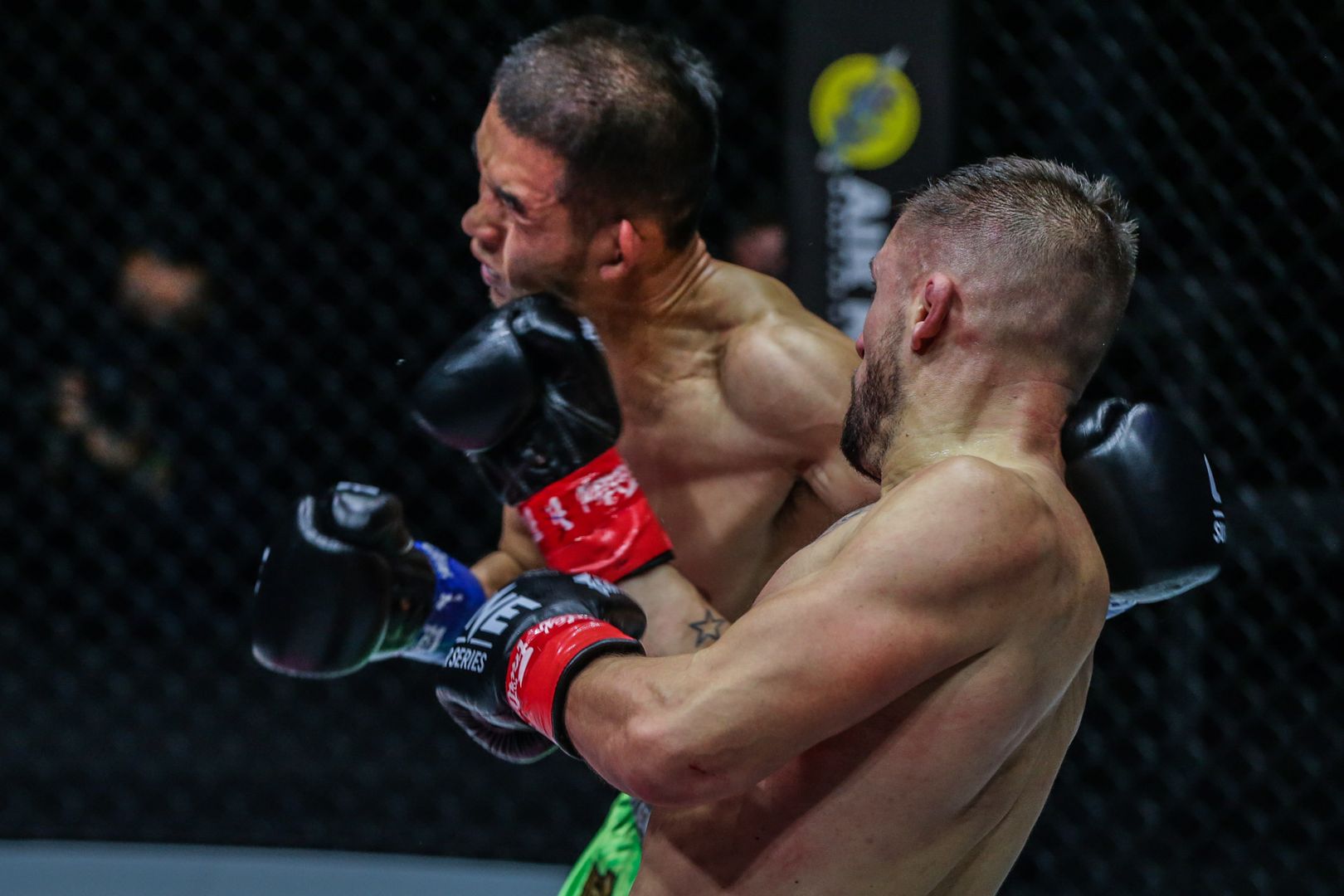 A jarring left hook from the Dutchman started the third and final round as Zhang tried to find a home for one of his own left hooks. Again and again “Bamboo Sword” kept coming up short, until, eventually, he stunned Souwer with one of them.

But before Zhang could bring his hand back to defend, “Souwer Power” was already countering and tagged “Bamboo Sword” with a left hook-straight right-left shovel hook combination that caused the man from China to wince.

Souwer started to rally as he stormed forward and unloaded left hooks up- and downstairs, testing both the chin and the body of Zhang. The Chinese star tried to attack with a body kick, but it did little to slow down the aggressive kickboxing legend. 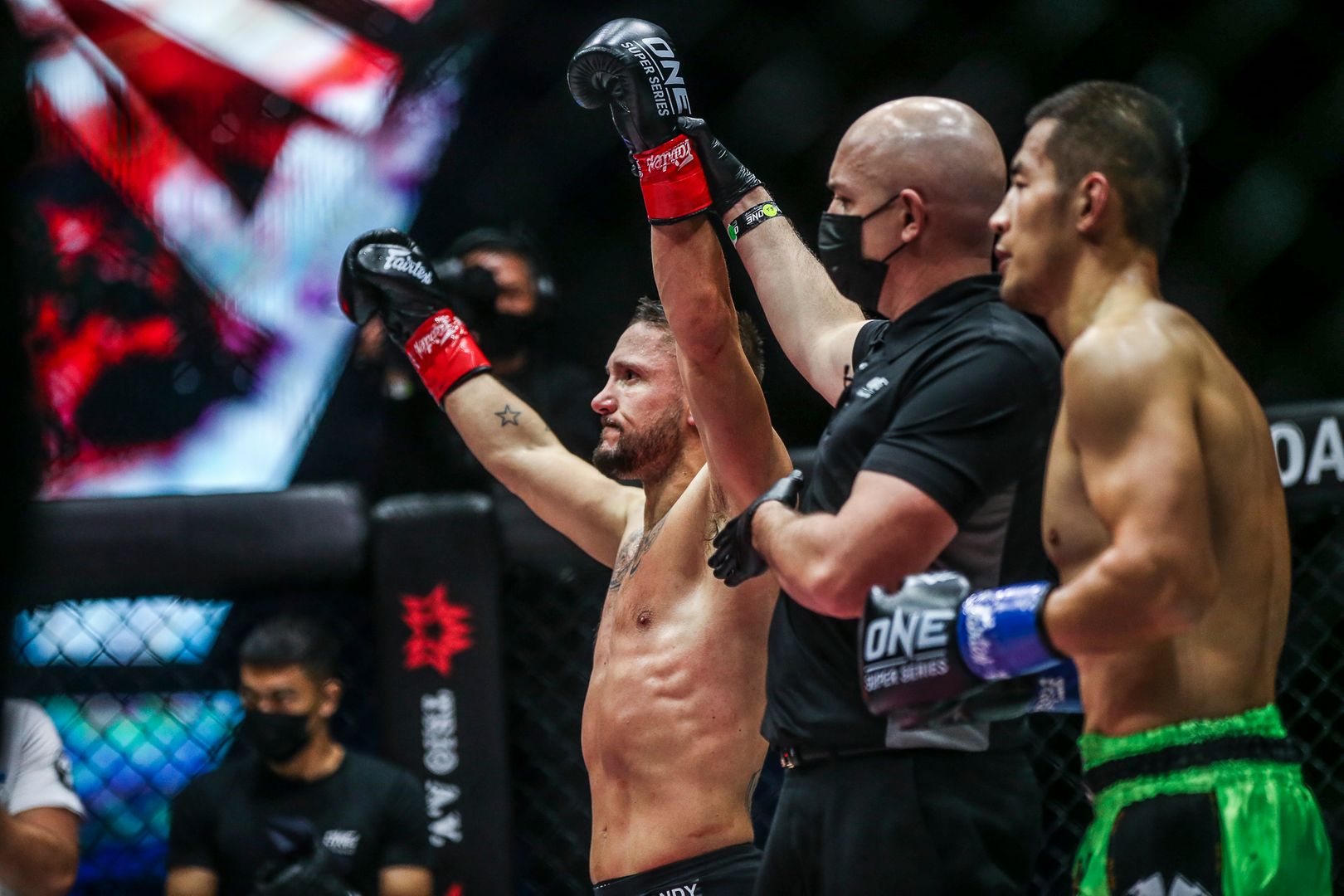 With 30 seconds left, Souwer wobbled Zhang with an uppercut that he pulled out of his back pocket and then walked him into the Circle Wall, where he launched an array of punches and a high right kick as he tried to put the finishing touches on “Bamboo Sword.”

To the Chinese athlete’s credit, however, he remained upright.

Another jolting right hand followed by three left hooks all but sealed the deal for Souwer – the judges’ unanimous decision after three rounds was a mere formality.

The victory moved Souwer’s record to 180-20-1 and sent a clear message to the rest of the division that the legend is back.