While Marie Ruumet loves Chiang Mai, the annual rice burning season and lack of female sparring partners made it hard to train in Thailand’s northern region.

It was a tough decision, but the 22-year-old Estonian ultimately made a move to Marrok Force in central Bangkok.

That transition will now be tested when she faces pound-for-pound kickboxing great Anissa “C18” Meksen in an atomweight Muay Thai showdown on the lead card of ONE: Eersel vs. Sadikovic on Friday, 22 April.

Ahead of her showdown at the Singapore Stadium, “Snow Leopard” elaborated on the challenges she faced as a Muay Thai athlete in Chiang Mai:

“The smoke is pretty bad from February to May, especially if you’re a fighter and have intense training every day.

“From what I’ve heard, there are many forest fires because it’s the hot season. And it’s dry in Chiang Mai. It doesn’t rain too much.”

But for the young phenom, it wasn’t just about the climate.

When it came to preparing for fights against top opponents, the scarcity of other women’s competitors in Chiang Mai was a factor she needed to change.

“The biggest difference is that here, I have more sparring partners. [In Chiang Mai], I was the only female fighter, and at the time, there weren’t even any other active fighters there. Here, I feel like we have a bigger team and more training partners and other female fighters, which is suitable for clinching and sparring.”

“[Marrok] has excellent support here, the team is all very supportive, and the gym owners are very helpful with everything.”

Ruumet may have moved to the nation’s capital, but she’ll be forever grateful for her time in Chiang Mai.

The province will always hold a special place in her heart. After all, it’s where the talented striker gained the nickname she still carries into battle.

“When I first went to fight at ONE, me and my old team in Chiang Mai were brainstorming for a nickname. We were thinking of something to do with cats because I love cats. But there were so many names with cats, like ‘Shadow Cat.’ Then one of my friends came over and said, ‘Why don’t you call yourself ‘Snow Leopard’? Everybody liked the name, and it stuck ever since.”

Ruumet Out To Prove That Muay Thai Can Topple Kickboxing

Marie Ruumet must channel her beast mode to defeat a more experienced and decorated fighter on 22 April.

In Meksen, the young Estonian will be facing a 33-year-old superstar who owns an almost flawless 101-5 career record and many prestigious World Titles.

What’s more, the French-Algerian debuted in ONE with a devastating KO of Cristina Morales at ONE: EMPOWER in September and looks poised to challenge for atomweight kickboxing gold.

However, this match will fall under Muay Thai rules, which gives Ruumet the confidence to pull off a shocking victory.

With that in mind, “Snow Leopard” will aim to prove herself in this battle of youth and experience – and show that elite Muay Thai can overcome the best in kickboxing.

Regardless of any perceptions, the rising star has done her homework to identify the strengths of her upcoming foe.

“She has excellent footwork. She’s swift and likes to move in and out. She throws good combinations, has the best hands, and powerful punches. Yes, she likes to chop the legs.”

“Snow Leopard” won’t disclose any potential advantages she’s discovered in preparation for the fight, but she did predict an exciting and entertaining showdown.

The talented athlete is fired up for this opportunity to compete against one of the top strikers in the world and to represent Marrok Force for the first time.

With all the positive developments happening around her, Ruumet had a cordial parting message for Meksen:

“Let’s make it fun. Let’s both have fun. Let’s do our best, and let the better fighter come out as the winner.” 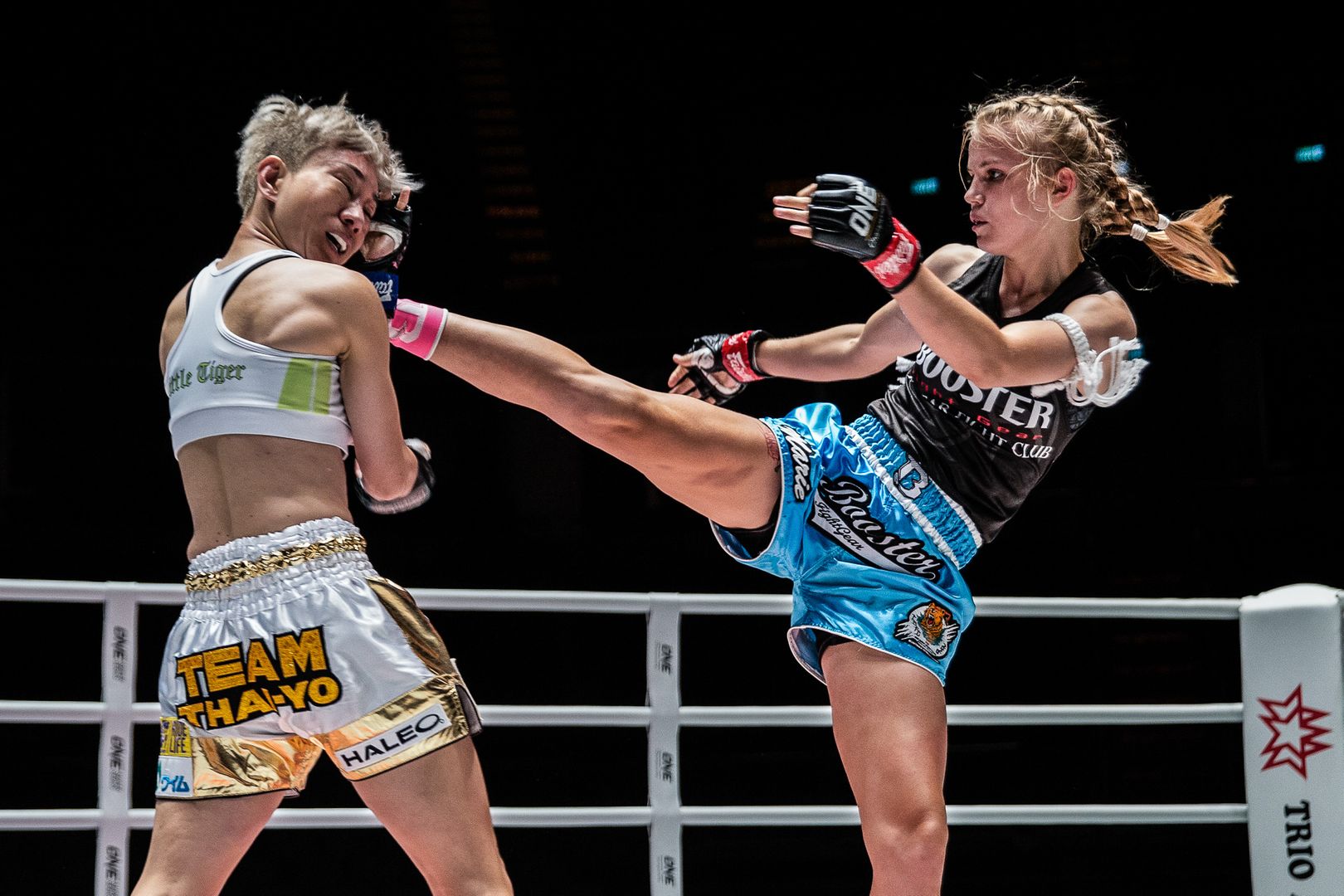