ONE Women’s Atomweight World Champion “Unstoppable” Angela Lee has been preparing for her big title rematch against Mei Yamaguchi at ONE: IMMORTAL PURSUIT on 24 November, and it has been the sounds of her playlist that have helped get her through the long training sessions at the gym.

Whenever the 21-year-old gets ready to train, she will often put on her Spotify playlist and use the music to keep her pumped up for the next hour. Called “Positive Vibes,” her optimistic collection features a little something for everyone — from classic rock bangers such as The Beatles’ “Come Together” to modern radio cuts including The Weeknd’s “Party Monster”.

“I like this mix because it is a little bit of everything,” she begins. “There are a lot of different emotions. It starts off mellow and a bit slow, and then picks up towards the end. All of these songs mean something different to me, and get me to feel a certain way. There are a lot of ups and downs, just like how it is in my training camp.” 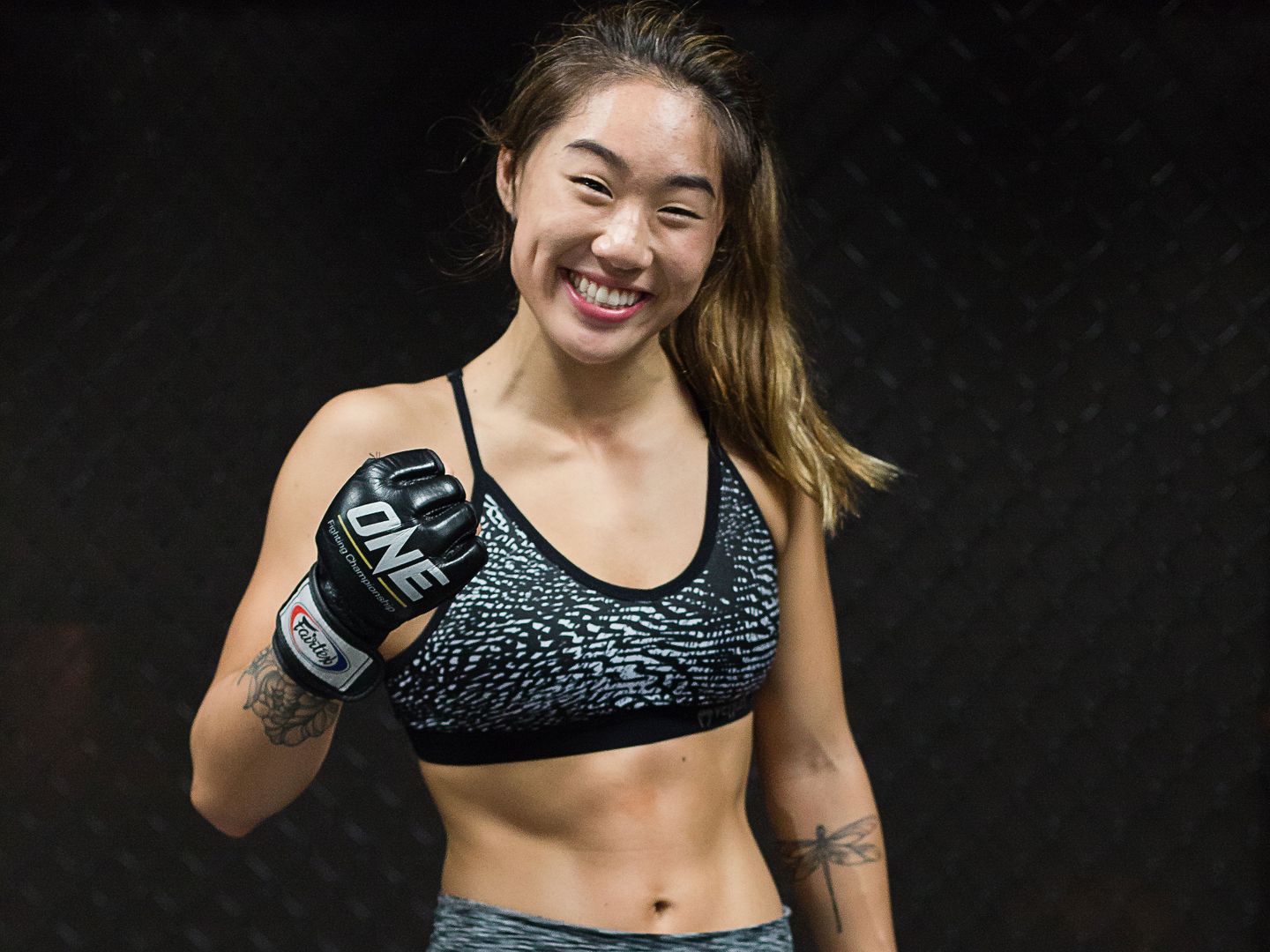 The eclectic 32-track playlist focuses on a variety of different emotions, but there are certain artists Lee favors more. Her favorite is Russ, a southern hip-hop artist who spent the past six years releasing albums, and finally broke through the mainstream with his platinum-certified smash, “What They Want”. In addition to that single, other hits such as “Down For You”, “Manifest”, and “Friends & Family” also appear on her playlist.

“I love Russ. He is probably my favorite artist right now,” she states. “I love the way his songs are. I love the beat, I love the lyrics, and I really love his story. It is pretty inspiring to see all his hard work coming into fruition now, but also, as he is blowing up and becoming known world-wide, he still stays loyal to those that he came up with. I love that.”

The “Unstoppable” one has a fascination with older rock compositions, too. On the playlist are pop culture staples including AC/DC’s arena banger “You Shook Me All Night Long”, Poison’s glammed-up “Nothin’ But A Good Time”, and the Rolling Stones’ epic “Sympathy For The Devil”.

“I love the energy that comes with it — the kind of energy that makes you wanna get up and dance or sing along as loud as you can! You can’t find songs like that on the radio nowadays,” she says. 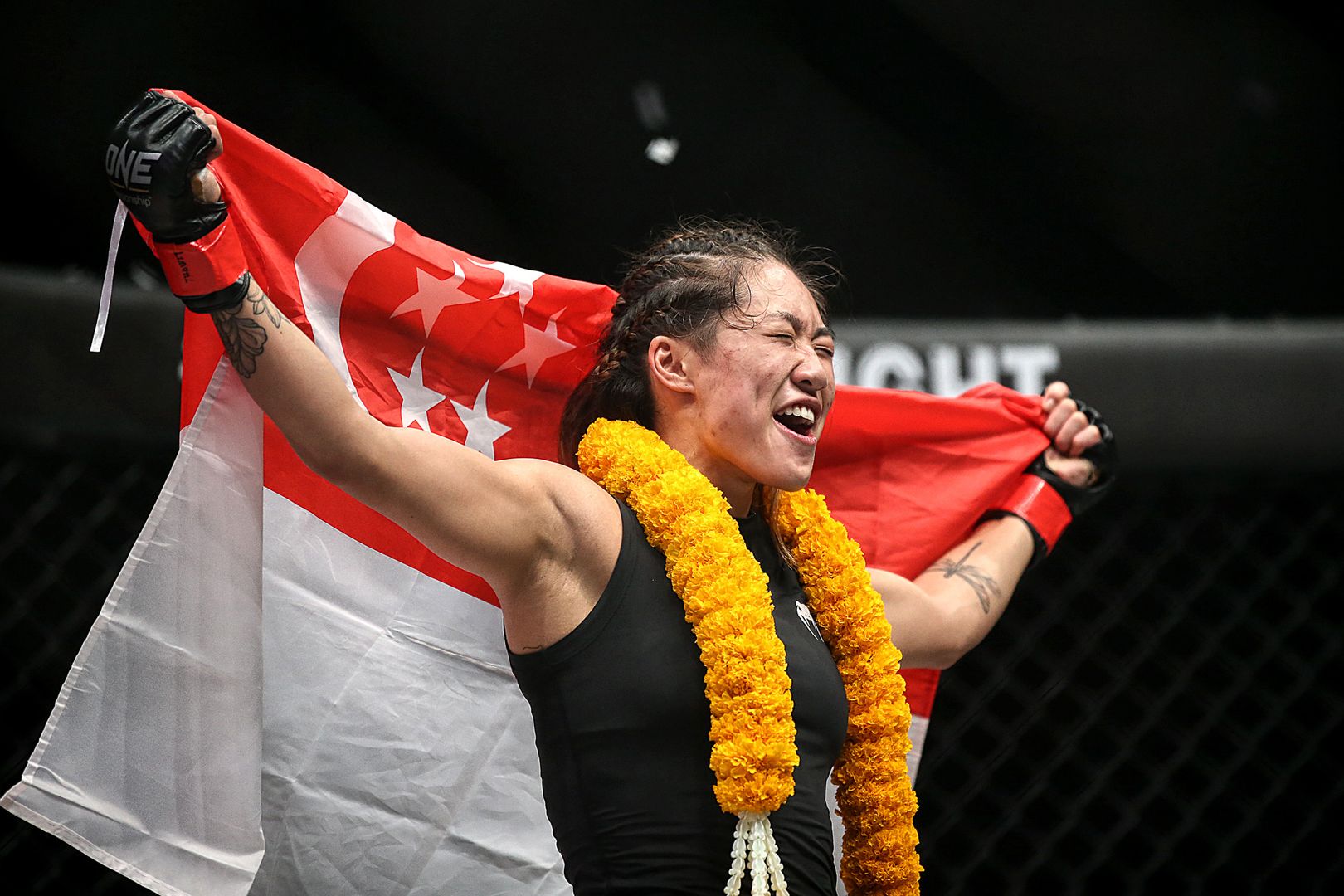 Lee also included tracks from the 2000s, which is only appropriate considering that decade was the era she was raised in. Crossover delights such as Mary J. Blige’s “Family Affair”, the Gwen Stefani and Eve collaboration “Let Me Blow Ya Mind”, and Ja Rule and Ashanti’s vocals on “Mesmerize” add an extra kick to the champ’s musical vibe.

With the rocking sounds of yesteryear to the latest hits in hip-hop, pop, and R&B, as well as an emphasis on motivational and passion-driven lyrical content, “Unstoppable” has a mix that is true to her soul.

“This is an accurate and honest representation of my taste in music,” she states. “I do not have a specific genre; I just like what I like! Music is a huge part of my life, and you can learn a lot about a person by the kind of music they listen to. This is not a full representation of my style of music and who I am, but it is definitely a part of it — a part that I am happy to share with everyone.”