If you are planning a trip to the mecca of Muay Thai, you need to know the best time to go to Thailand. You do not want to find yourself in the scorching heat or flooded streets, struggling to make the most of your training sessions.

But before you book your tickets, it is good to familiarize yourself with Thailand’s weather.

Thailand has three seasons: hot, rainy, and cool. Each season has its pros and cons when it comes to training in Thailand, so let’s take a look at each season more closely.

The Hot Season: March To May

Thailand’s hot season is no joke. Temperatures average around 93 degrees Fahrenheit (34 degrees Celsius), with highs in the low hundreds, but it is the humidity you need to watch out for. The heat peaks around April, right around the Thai New Year.

While waking up at 6am might not be your idea of a vacation, there is a reason Thais like to train so early in the morning – and that is because of the heat.

Morning sessions typically run from 6am until 10am, while afternoon sessions start around 4pm and continue until 7pm. In the hot season, some gyms alter their schedules by postponing the afternoon run until after training.

If you miss your morning run, save yourself the torture and wait until the late afternoon before running.

You have to be tenacious to train in Bangkok in the hot season. The concrete jungle absorbs most of the sun’s heat and slowly releases it through the pores of its pavement.

It is no surprise why ONE’s Flyweight Muay Thai World Champion is Rodtang “The Iron Man” Jitmuangnon. He trains in Thailand’s capital and is so used to the heat, that when it comes time to defend his belt, he does so coolly under the bright lights of the Circle.

Dehydration, exhaustion, and heat stroke are far too common with visitors and can really put a damper on your vacation. It is important to ease into training until you acclimate to the heat. Thais having been doing this since childhood and are used to the scorching temperatures.

To avoid any of the above, stay hydrated. Pick up some electrolyte packs at the local pharmacy, mix them into your water, and sip on it throughout the day.

During this time of the year, all over Thailand – but especially in Isaan – there will be many opportunities to watch grassroots Muay Thai competitions at temples or festivals.

March and April are the months when the Thai government schools close for summer, so it is a great time for the young and upcoming nak muay to gain the valuable experience needed before making it to the stadiums of Bangkok.

During Songkran, gyms will still stay open, but slow down significantly. While the Thai New Year runs from 13 to 15 April, the celebrations usually continue for the entire week, especially in areas like Chiang Mai.

If you do not mind the heat and want to experience traditional Muay Thai events, then this is the time of year to plan a training vacation in Thailand.

The Rainy Season: June To September

In Thailand, the rainy season can be an exciting experience for first-time visitors. Temperatures average around 84 degrees Fahrenheit (29 degrees Celsius). The monsoons can even cause flash flooding. While it is still safe, the rain makes it challenging to run outdoors or get around.

If you are traveling to Thailand during this time, it is important to pick a gym that is protected from the elements. Most gyms in Thailand are still outdoors, covered only by a roof. So do not be surprised if you have to train on a wet ring canvas.

ONE Featherweight Muay Thai World Title contender Petchmorakot Petchyindee Academy trains at Petchyindee on the east side of Bangkok. The camp is one of the few fully indoor Muay Thai gyms in Thailand, which means athletes are sheltered from the rain.

For the gyms that are not protected from Thailand’s rainy season, they sometimes forgo the afternoon run and have their athletes jump rope instead. If this is the case, monsoons will not hinder your training.

Traveling by motorcycle can also be a little tricky during the infamous monsoons. If you are planning a daily commute to the gym by motorcycle, you may get rained out.

Nowadays, many gyms offer onsite accommodations. If you chose to travel during this time and do not want to miss training, get yourself a room at the gym.

The rainy season usually coincides with Buddhist Lent, which is observed for approximately three months. Temple fairs and festivals slow down, which means a lot less opportunity to see Muay Thai shows outside the city.

This, however, does not affect the stadiums. Major stadiums in Thailand are open all year, except on government and Buddhist holidays.

Lastly, while mosquitoes are active all year long in Thailand, they peak during the rainy season as they tend to lay their eggs in stagnant water.

It is important to stay alert and protected. Mosquitoes bite mainly in the evening, at night, and in the early morning. Repellent is widely available in Thailand and available in many different forms.

If you do not mind a little rain and are not coming to Thailand to soak up the grassroots Muay Thai festivals, then this is your time.

The Cool Season: October To February

If you come to Thailand during the cool season, pack some warmer layers of clothing, but leave your winter jackets behind.

The mild climate makes it a lot easier to get in your twice-daily runs. Most people tend to feel a bit more energized during this time and find it easier to absorb new techniques because they are not focused on the severe heat.

The cooler weather helps you ease into the intense training sessions, too. But with tourists flocking to the country from all corners of the globe to experience the food, culture, and landscape, it will cost you more. Do some research and find out how much it costs to train in Thailand during the high season.

Two-sport queen Stamp Fairtex trains at Fairtex’s Pattaya location, which means during the cool season, the ONE Atomweight Kickboxing and Muay Thai World Champion can enjoy the breeze coming off the Gulf of Thailand.

But this cooler weather means gyms are usually packed with both Thais and visitors. If you are up for meeting new people, but do not mind waiting longer to hit the bag or pads, then this is the time to go. If you prefer a more intimate experience, then this is not the time to come.

With both Buddhist Lent and the rainy seasons in the past, Muay Thai festivals pick up again. It is a great time to travel around and take in Muay Thai in its most basic form, especially during Loy Krathong and the new year.

In reality, the best time to go to Thailand is completely up to you. Just know what to expect ahead of time, prepare accordingly, and get ready for the trip of a lifetime. 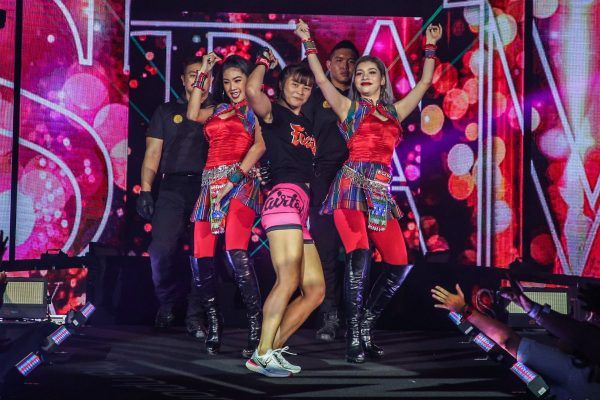 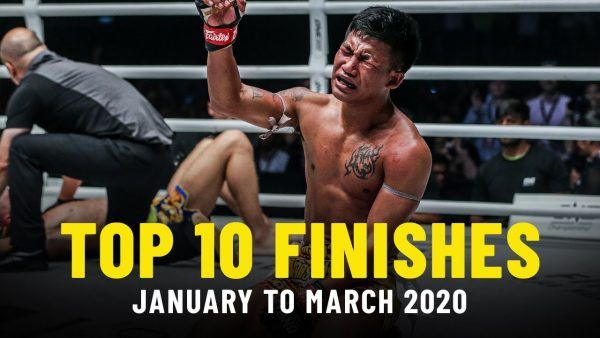