Ben Askren has long asserted his dominance in wrestling and mixed martial arts. But despite being a heavily decorated champion in both sports, the 32-year-old has extended his athletic prowess to an unlikely arena. That arena is in the emerging realm of disc golf.

Although the man known as “Funky” only played disc golf a couple of times with friends while attending Wisconsin’s Arrowhead High School in the early 2000s, he was hooked on the activity after beginning his freshman year at the University Of Missouri in 2002.

When he was not shooting for takedowns on the mats, he was in the woods with a few of his wrestling buddies and throwing the disc at various courses.

“Luckily, disc golf does not take a lot of energy,” the ONE Welterweight World Champion says. “It is a very, very casual sport, and when I was working hard at wrestling in college, that was kind of my relaxation time. I could not just sit on the couch and play video games — I always hated doing that. So for me, my relaxation was disc golf.” 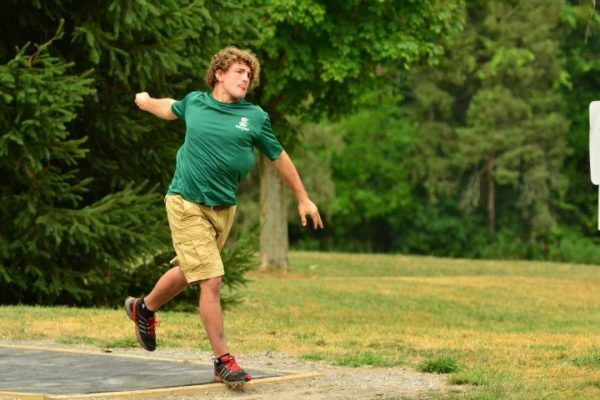 “Funky” has also played disc golf on international courses, too. He has thrown in Canada and Germany, and even tried out an object course in Singapore, where he threw discs at things such as trees and poles. Someday, he hopes to play in Japan.

The ONE Welterweight World Champion seems to have the Midas touch, as everything he gets involved with turns to gold — be it in wrestling, mixed martial arts, and even business, as evidenced by his chain of wrestling schools, the Askren Wrestling Academy. For the champ, it is all about properly applying the knowledge and principles from one successful venture to another. 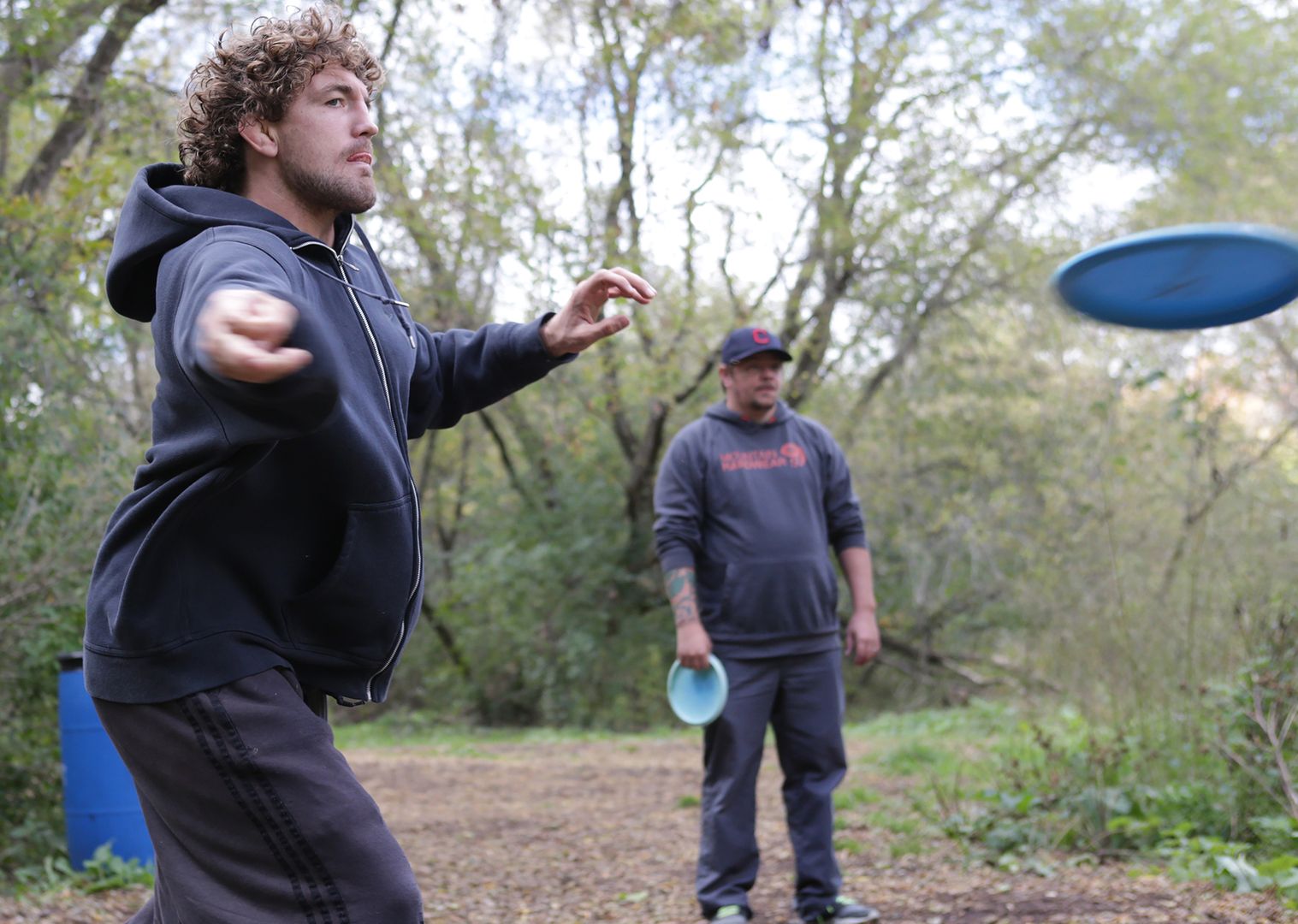 Between co-running the Askren Wrestling Academy with his brother Max, taking care of his own growing family, and traveling all throughout Asia to defend his ONE Welterweight World Championship, however, the “Funky” one has not been afforded the time to further his burgeoning disc golf career, nor compete in any tournaments.

The American still has plans to get back into it, and eventually go professional when he is good enough in the future, but anticipates that being after he retires from mixed martial arts when he has a little more spare time on his hands. For now, the champ is content being at home practicing his disc golf technique with his two children.

“My 20-month-old was carrying a disc around and flinging it today,” he says with a chuckle. “I have baskets in my yard, and it is finally getting nice here. It is spring in Wisconsin, and I have discs all over my yard.”

Askren may be in the midst of preparing for his big title defense against Sweden’s Zebaztian “The Bandit” Kadestam (9-3) at ONE CHAMPIONSHIP: SHANGHAI on Saturday, 2 September. But in this moment, as he takes a break from his gruelling training, he can relax with his children, and teach them a little more about his disc golf passion.