Martial arts in Vietnam can be traced back to the days when the locals had to defend themselves against foreign invaders. The Vietnamese developed hand-to-hand combat skills and various forms of martial arts for self-defense purposes.

Between the 16th century and 18th century – the period of Vietnam’s separation up until its subsequent unification – martial arts began to spread across different states and into different schools.

At the same time, martial arts from surrounding Asian countries also entered “The Land Of The Blue Dragon” and further influenced the development of local combat systems.

This led to many different styles and adaptations of Vietnamese martial arts, which today emphasizes the values of entertainment, discipline, self-defense, and the perfection of spirit.

As ONE Championship makes its way to Ho Chi Minh City with its inaugural Vietnam event, ONE: IMMORTAL TRIUMPH, on Friday, 6 September, we take a look at four of the most famous traditional Vietnamese martial arts.

The Binh Dinh Province in southern Vietnam is the birthplace of Binh Dinh Gia.

Also, Nguyen Tran Duy Nhat, who faces Azwan Che Wil in a ONE Super Series Muay Thai clash at ONE: IMMORTAL TRIUMPH, comes from a family rooted in the martial art. His grandfather and father are both masters of Binh Dinh Gia.

Dau Vat, or Vietnamese traditional wrestling, originated in the Ha Nam Province in northern Vietnam and focuses mostly on grappling.

A popular form of martial arts in “The Land Of The Blue Dragon,” Dau Vat has a long-standing tradition in Vietnamese culture. You can find it featured in many tournaments and festivals in rural areas.

To win, you have to lift your opponent belly up with both their feet off the ground. Dau Vat practitioners rely on sweeps, grabs, and takedowns to achieve this objective.

Sa Long Cuong branches off of Binh Dinh martial arts and has its roots in south-central Vietnam.

This martial art also preaches the values of discipline and humility in all areas of life.

Developed in the Tan Khanh Village in southern Vietnam, Tan Khanh Ba Tra also has Binh Dinh roots, which stems from the fall of the Tay Son dynasty at the hands of the French.

Many people of the land fled to the south, and they brought with them their Binh Dinh martial arts style and adapted it into their new homes in Tan Khanh Village.

Tan Khanh Ba Tra uses a combination of foot and hand techniques to disrupt an opponent’s defense. The use of elbows, knees, and fists – paralleled with the power of the hands and feet – makes students of Tan Khanh Ba Tra proficient in a range of combat situations.

If you want to see modern-day Vietnamese warriors like Nguyen Tran Duy Nhat and Nguyen Thanh Tung test their mettle, then check out ONE: IMMORTAL TRIUMPH on 6 September. 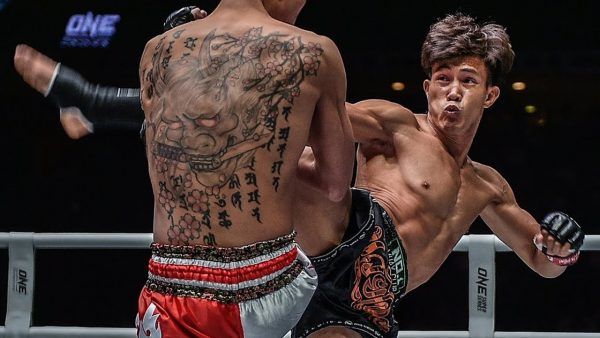