Timofey Nastyukhin is one of the most electrifying lightweight competitors in ONE Championship.

The 28-year-old Russian is a well-rounded martial artist with immense knockout power who, as he has displayed time and time again, is capable to defeating elite athletes in a matter of seconds. In fact, he holds the record for the fastest KO and stoppage victory in ONE history at just six seconds.

The emerging world title contender credits all of his success to his rich martial arts pedigree, and a host of inspirations who have kept him motivated for the past two decades. 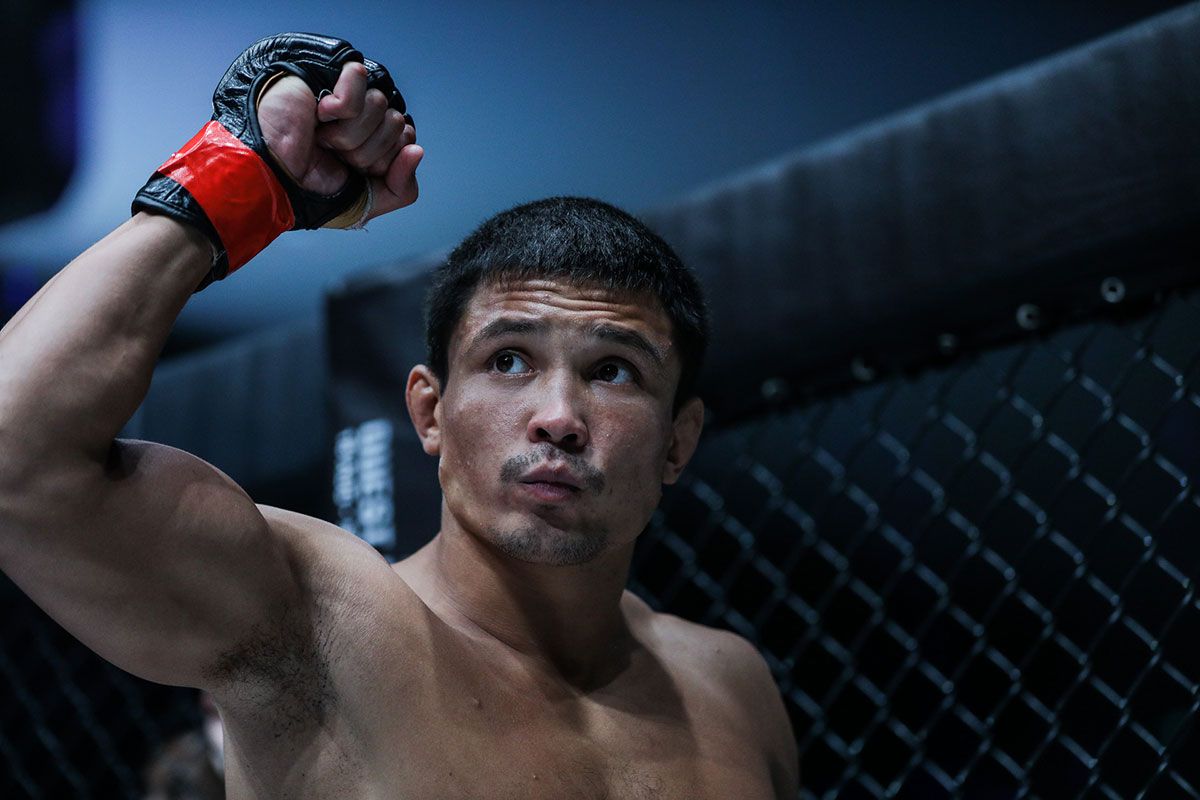 Nastyukhin embarked on his martial arts journey 20 years ago. He was fascinated with blockbuster movies featuring the likes of Bruce Lee, Jackie Chan, and Jean-Claude Van Damme.

Those were his initial martial arts heroes, and he aspired to be just like them.

“I wanted to be one of them,” he recalls. “I remember telling my parents that they should allow me to join a sports club, and it had to be a martial arts club.”

As an 8-year-old boy, his father enrolled him in a pankration club in Novokuznetsk, a city in Siberia, which his family moved to from Kazakhstan following the collapse of the USSR. It must have been fate, as the gym was right next to his home.

“I popped down there once after school,” he remembers. “I absolutely loved the atmosphere, so I stayed.”

Perhaps the main reason he enjoyed the atmosphere was due to his head coach Ivan Ryabtsev,  who holds a ninth-degree rank in the discipline. Not only would the coach teach him crucial techniques designed to give him success, but also valuable lessons outside of the dojo.

“He became like a second father to me, teaching me everything about this sport, about life, and about myself,” Nastyukhin continues. “I would not be the man I am now without him.”

Nastyukhin’s parents approved of his new hobby, as they felt sports was a great way to keep their son out of trouble. They gave young Timofey their unyielding support, but made it clear that he not neglect his studies, and that he place an equal importance on his martial arts training.

“Sport taught me incredible discipline. I was not allowed to put school or martial arts first — I had to do both,” he explains.

“It was especially hard in the summer when my friends would be on a school break, playing outside on a sunny day. I had to go back to the dojo, and train.” 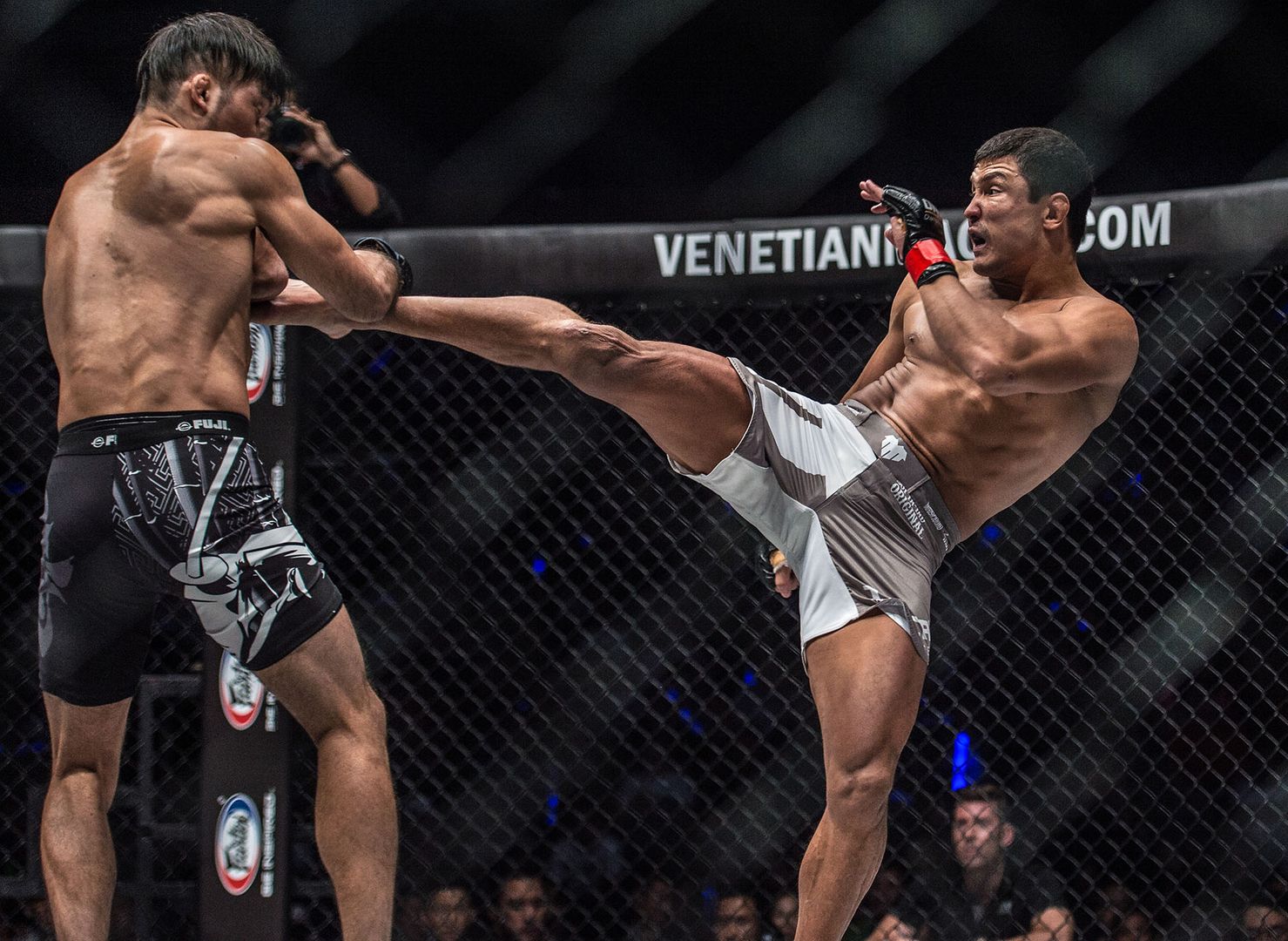 After a while, it had admittedly taken its toll. During Nastyukhin’s teenage years, he went through a rough period, took a brief time away from the sport, and was close to quitting altogether.

His mother and father were determined to keep their son on the straight and narrow path, and Ryabtsev saw too much potential in him to throw it all away. That led to quite a few discussions, and some strict discipline.

“When I became a teenager, I wanted to break free and prove myself,” he admits.

“I am very grateful that my coach and my parents talked some sense into me, and made me finish what I started. They showed me some tough love, but they were right. Had I got into drinking and hanging out at night with the boys, who knows where I would be now.” 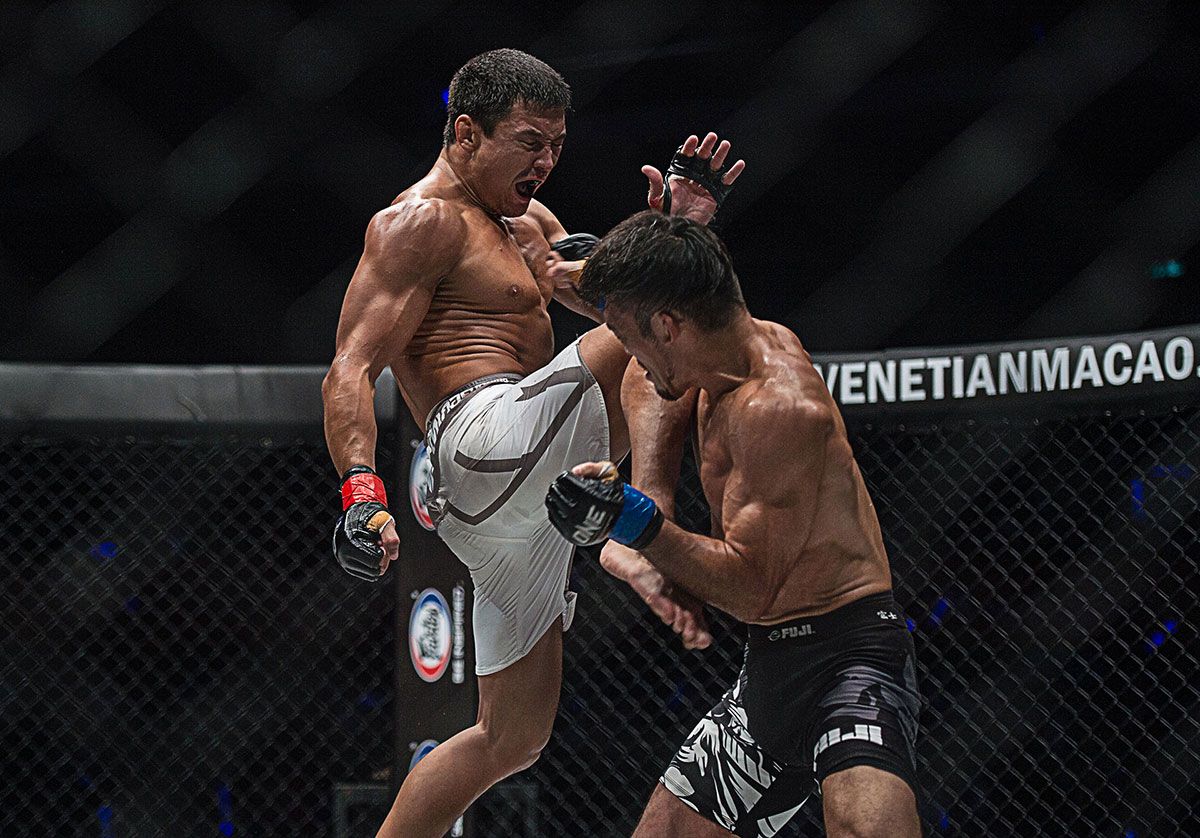 Another man who kept Nastyukhin in line, albeit from a distance, was his teenage hero “The Last Emperor” Fedor Emelianenko.

In the early 2000s, Emelianenko was an international superstar. He was a martial arts world champion, was widely considered the best heavyweight martial artist of all-time, and revered as a beloved icon in his native Russia.

Like many Russian youth, Nastyukhin idolized him, and when things got tough, he tried to emulate “The Last Emperor.” 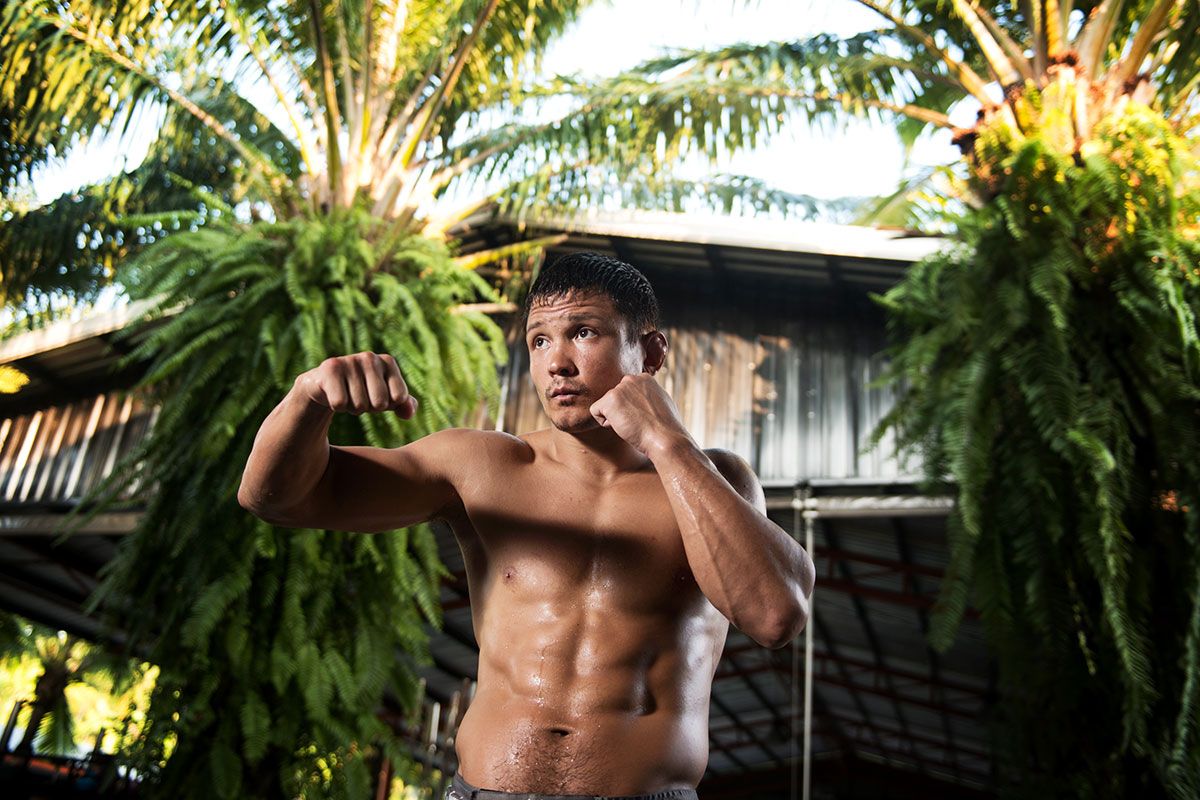 That further motivated Nastyukhin to remain dedicated to his craft. The Siberian-based warrior tested his skills, winning regional, national, and finally, global competitions. He capped off his pankration career as a two-time FILA Pankration world champion

Then, in April 2010, he took next step in his martial arts evolution, and just like Emelianenko, entered the professional world of martial arts.

“I came into the cage as a seasoned martial artist. I had nothing else to prove as an amateur, and to be frank, I did not know any other kind of life,” he explains.

“I knew normal life was not for me, but I could not carry on as an amateur. It was time to create my own family, and start making decent money. As an amateur, you earn peanuts, and the risk of getting injured is still very high.” 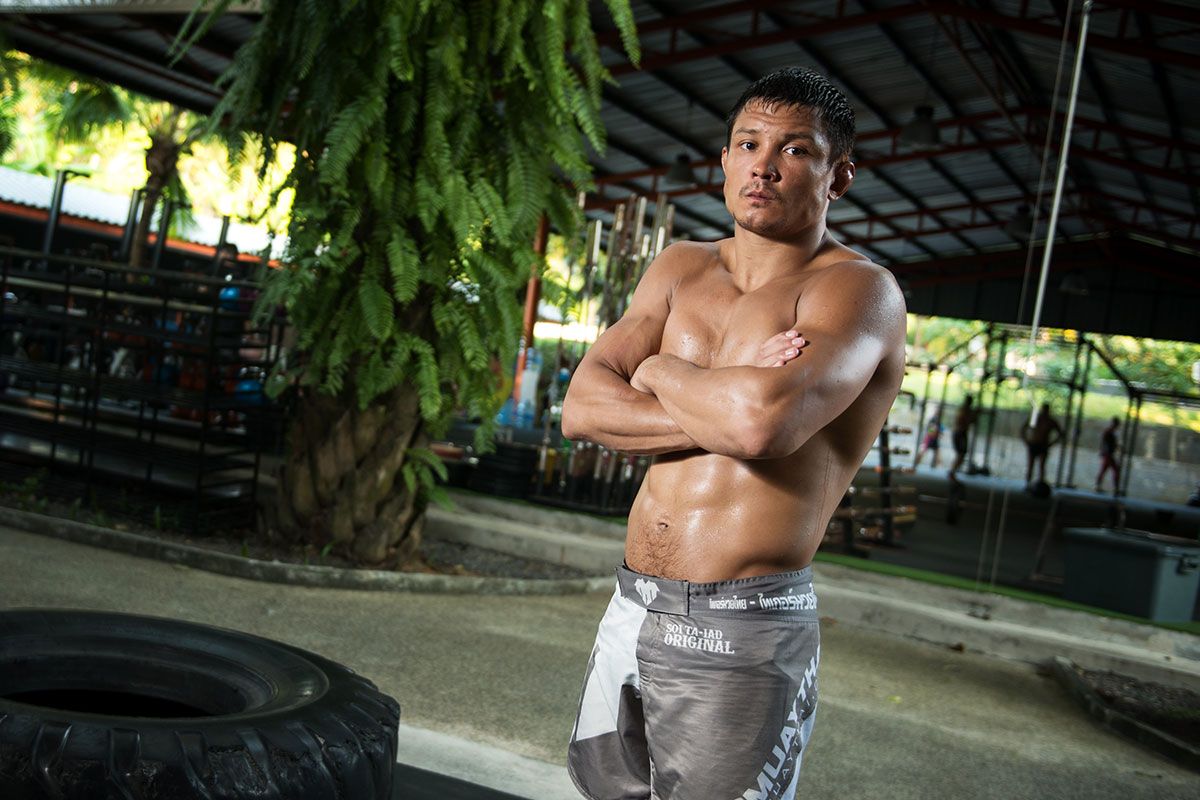 So far, the Russian lightweight had made an astonishing career for himself.

He has amassed a dazzling professional record of 11-3, with ten of those victories coming by first-round stoppage, including an unforgettable flying knee KO of future ONE Lightweight World Champion Eduard “Landslide” Folayang, and the six-second blitz of Lisita.

Nastyukhin is on the cusp of a world title shot, and he can step closer to achieving that by defeating Singapore’s Amir Khan at ONE: QUEST FOR GOLD this coming Friday, 23 February, in Yangon, Myanmar.

It could only be a matter of time before Nastyukhin turns into a legend, just like his heroes Lee, Chan, Van Damme, and even Emelianenko.