From the outside, it may appear as if Danny “The King” Kingad has it made.

The Baguio City, Philippines native trains out of the famed Team Lakay, is a wushu champion, and only recently challenged for the ONE Flyweight World Championship. And, at only 22 years of age, he is just getting started.

However, life was not always this promising for the talented athlete. When Kingad was an adolescent, he fell into bad company, and was heavily influenced in leading a life he was not proud of.

“I had lost my way back in my elementary school days. I fell into a bad crowd,” he reveals.

“Me and my friends back then would skip school. I dropped out of school twice. I would not come home, and my parents would come looking for me. Sometimes, they would find me sleeping on the streets.”

Like many of the unfortunate youth in the Philippines, Kingad grew up in a poor family that struggled to put food on the table on a daily basis. His family went day by day trying to survive. At times, things got bleak, and he could not envision a future for himself outside of drinking, smoking, and wandering the city streets.

“I did not have anything then,” he continues. “I did not even have martial arts.” 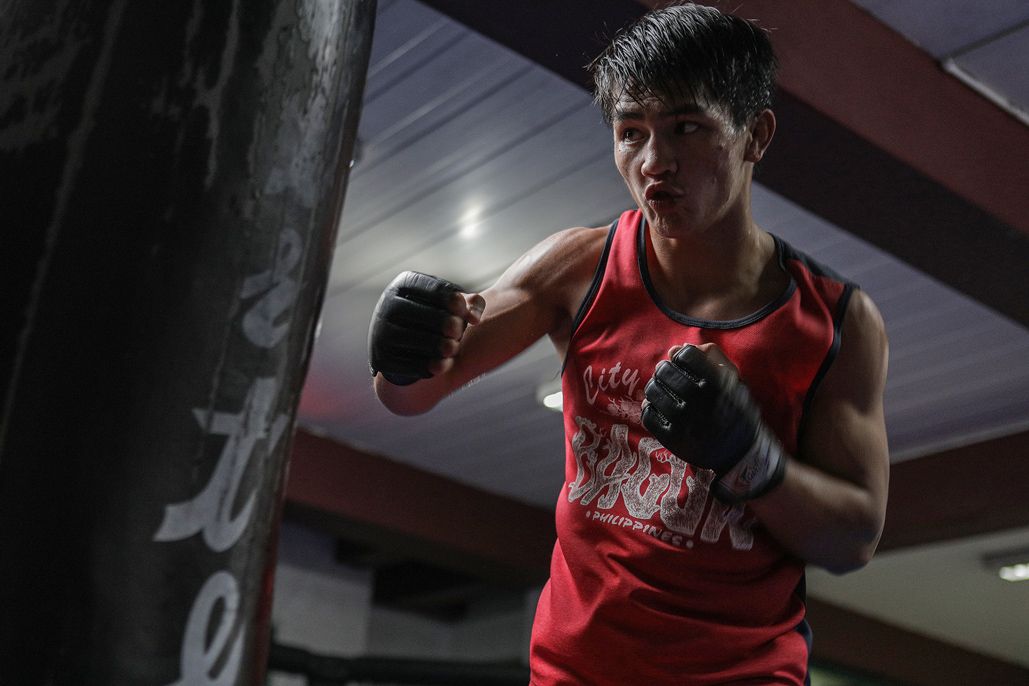 Things would only get worse. Kingad’s dad passed away when he was just 8 years old, and he remembered just crashing at that point. The youngster was very close to his father, so to lose him at such a tender age was devastating.

“After I lost my father, I fell into a lot of vices,” he admits. “I would resort to selling bootleg items on the streets. I am surprised I even got through high school.”

It was not until his third year at Pinsao National High School that, through the help of his cousin Roldan Sangcha-an, who was already a member of Team Lakay, “The King” discovered a passion that would change his life.

Sangcha-an helped Kingad get into wushu, and really pushed him to start training. That is when change the misguided youth started to blossom. 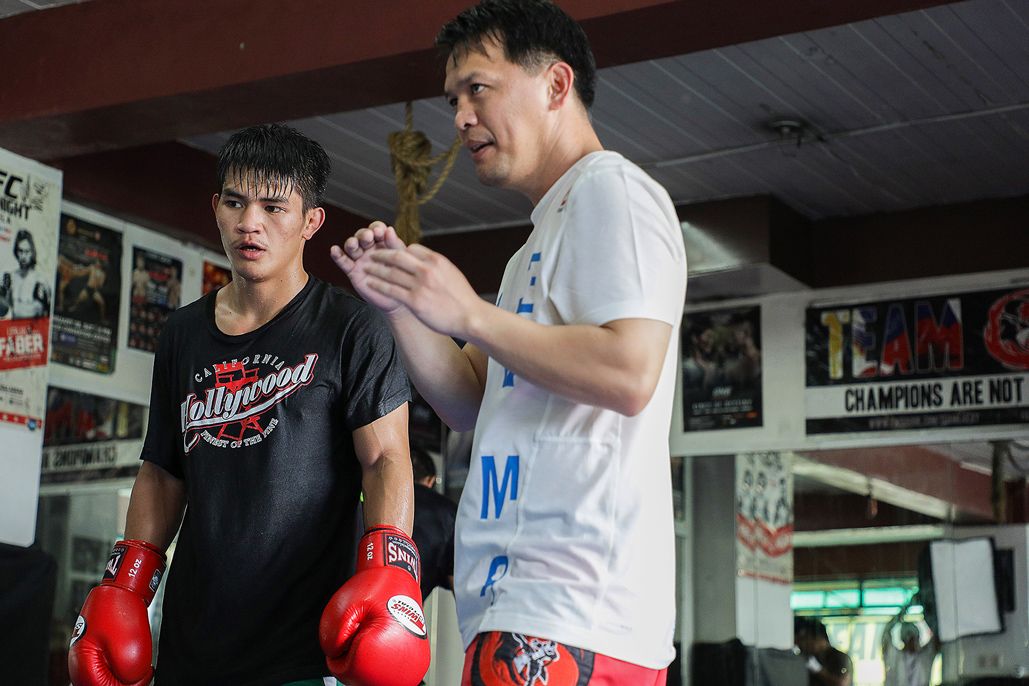 “My family never gave up on me. They kept pushing me even though I resisted. I did not want to let them down,” he says.

“In my junior year of high school, I discovered martial arts. From that point on, my life changed. I realized I had been sort of tanking in my life, and suddenly, there was all this positivity coming from martial arts. I gradually distanced myself from all my vices, and got rid of my bad habits. It was not easy, but I had my family’s support.”

Kingad’s natural talent at wushu and his dedication to the art led him to the University Of The Cordilleras, where he was a key member of the school’s competition team. Under the guidance of coach Mark Sangiao, he won a regional wushu championship in 2015.

Sangiao, of course, is also the head of Team Lakay, the most prominent martial arts team in the Philippines. Kingad joined the squad prior to achieving his wushu accolades, and looked to kickstart a successful cage career. 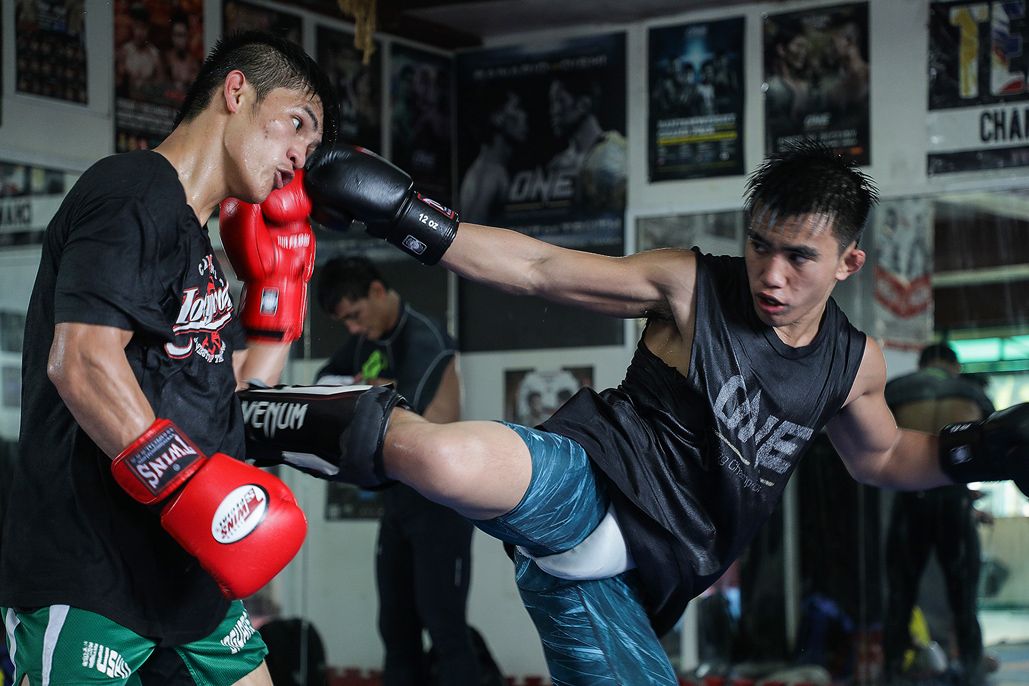 Instead of selling fakes, indulging in vices, and sleeping on the streets, “The King” now finds himself spending most of his time in the gym. He even started sleeping in the gym, because his other teammates were doing it.

“I had finally found something to be passionate about, and it kept me stabilized and grounded,” he explains.

“I wanted to be like them, [my teammates]. We helped each other. I did not want to go back to my old life, so I also distanced myself from the bad crowd. I was determined never to go back to that life.”

Now, fully dedicated to his martial arts pursuits, Kingad begins the road back to flyweight world title contention. The young talent meets Sotir “The Trouble” Kichukov at ONE: VISIONS OF VICTORY this coming Friday, 9 March, from the Axiata Arena in Kuala Lumpur, Malaysia. Today, when Kingad looks back on his life, and all that he has gone through to reach this point, he cannot help but to feel lucky – lucky to have discovered martial arts when he did, and lucky to have a support system that never gave up on him.

Unfortunately, the reality is other troubled youth may find themselves in a similar situation in their lives, and may not be so fortunate. To those kids, Kingad has a message.

“To the next generation, I just want to say: find something you are passionate about, and pursue it. It will save your life, just as martial arts saved mine. Martial arts changed everything.”