On the surface, BJJ simply stands for Brazilian Jiu-Jitsu. However, that is just the definition of the acronym.

If you peel back the layers, you will find that in a world of armbars, triangle chokes, and kimuras, BJJ takes on a deeper meaning to the athletes who practice “the gentle art.”

Although the three mixed martial artists study the same relative techniques, BJJ means something entirely different to each of them.

BJJ Is A Way To Self-Improvement 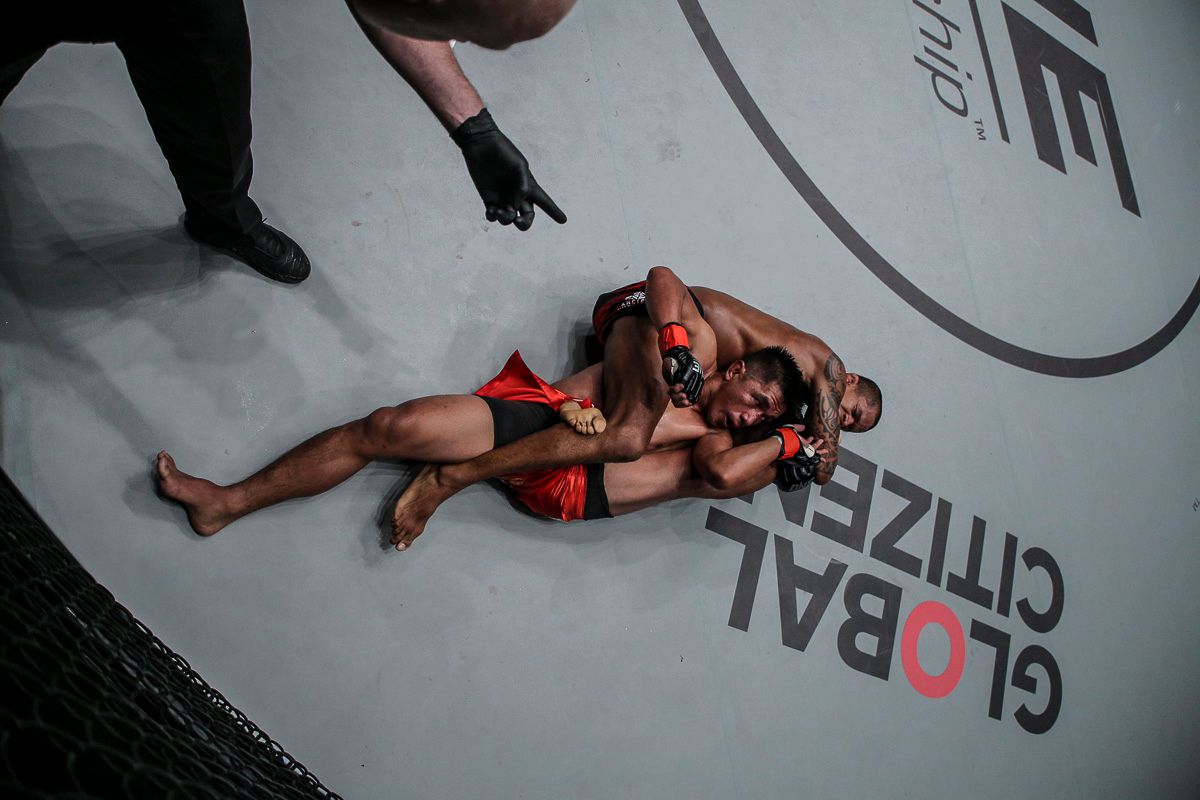 “There are a lot of lessons [to learn] from BJJ. Through BJJ, you understand your social self, self-knowledge, and humility,” he explains.

However, it took quite some time for the reigning ONE Flyweight World Champion to see things this way.

When the Brazilian was 16 years old, he was running with the wrong crowd and engaged in street fights. After losing in one, a buddy urged him to change his lifestyle and encouraged him to try “the gentle art.”

“My friend, a purple belt and kickboxer named Gildasio [Ferreira], took me to a class,” he recalls.

“I hated my first day in BJJ so much. That time, I could never imagine why people would pay to get smashed. Besides, I was skinny and small, and everybody continued to smash me during class.”

Moraes stuck with the sport, however, and he eventually became a black belt under Ataídes Junior.

“Jiu-Jitsu evolves every week. The BJJ game today is insane, the competition is on another level, and to follow this evolution, you must be training it every week,” the flyweight king says.

Similarly to how BJJ evolved, so did “Mikinho.” The grappling art soon opened up a new world for the Brazilian.

“It took me a long time to understand what BJJ was, but after years of training, I finally understood the philosophy of the sport,” he says.

“BJJ to me is the best art to understand mixed martial arts. It was created to beat other martial arts, and I believe it is still working to this day.”

BJJ Is A Technical Learning Process 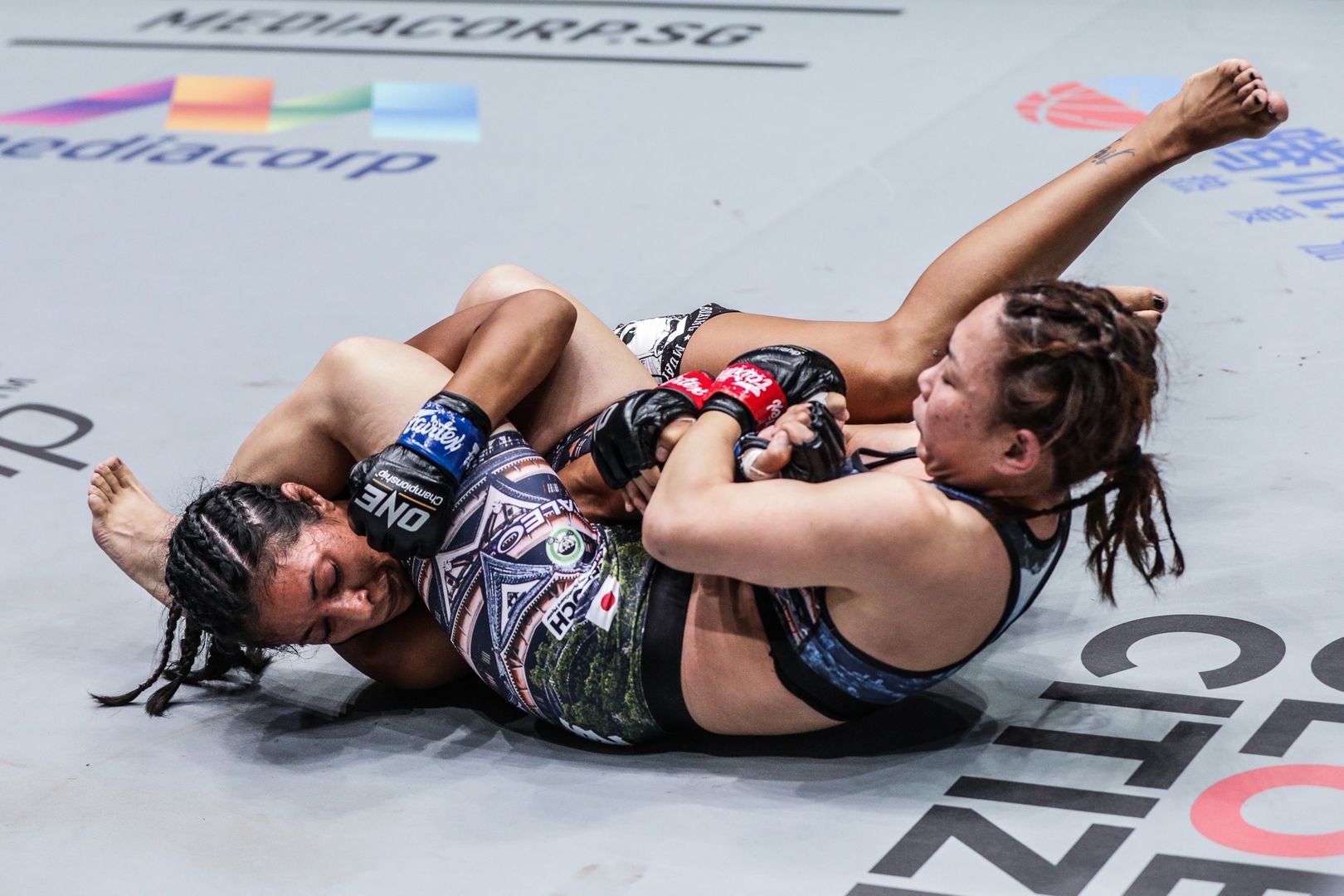 Yamaguchi, on the other hand, believes the best way for someone to understand what BJJ truly means is to study, analyze, and improve in the art.

“BJJ is very detailed. You cannot be lazy and skip any moves. If you can move in a detailed order, there are more possibilities to finish [a match]. Besides, your movement becomes sharper, too,” she says.

“It’s always the drills that help your technique improve. When you drill, try to relax. The speed does not matter. What’s important is the number of correct steps you take throughout the process.”

But in order to improve, the Japanese atomweight highlights two important qualities.

“People often get confused that BJJ is a rough sport. Grappling is an art. Two things you are going to need on your journey are physical strength and confidence,” she explains.

“Strength is important as it allows you to [elevate] all your basic BJJ techniques to a new level. Never overlook this department.

“It has also given me the confidence to compete against highly-skilled opponents, and it has allowed me to have a tighter game than other athletes who overlook the importance of grappling.”

BJJ Is A Metaphor For Life 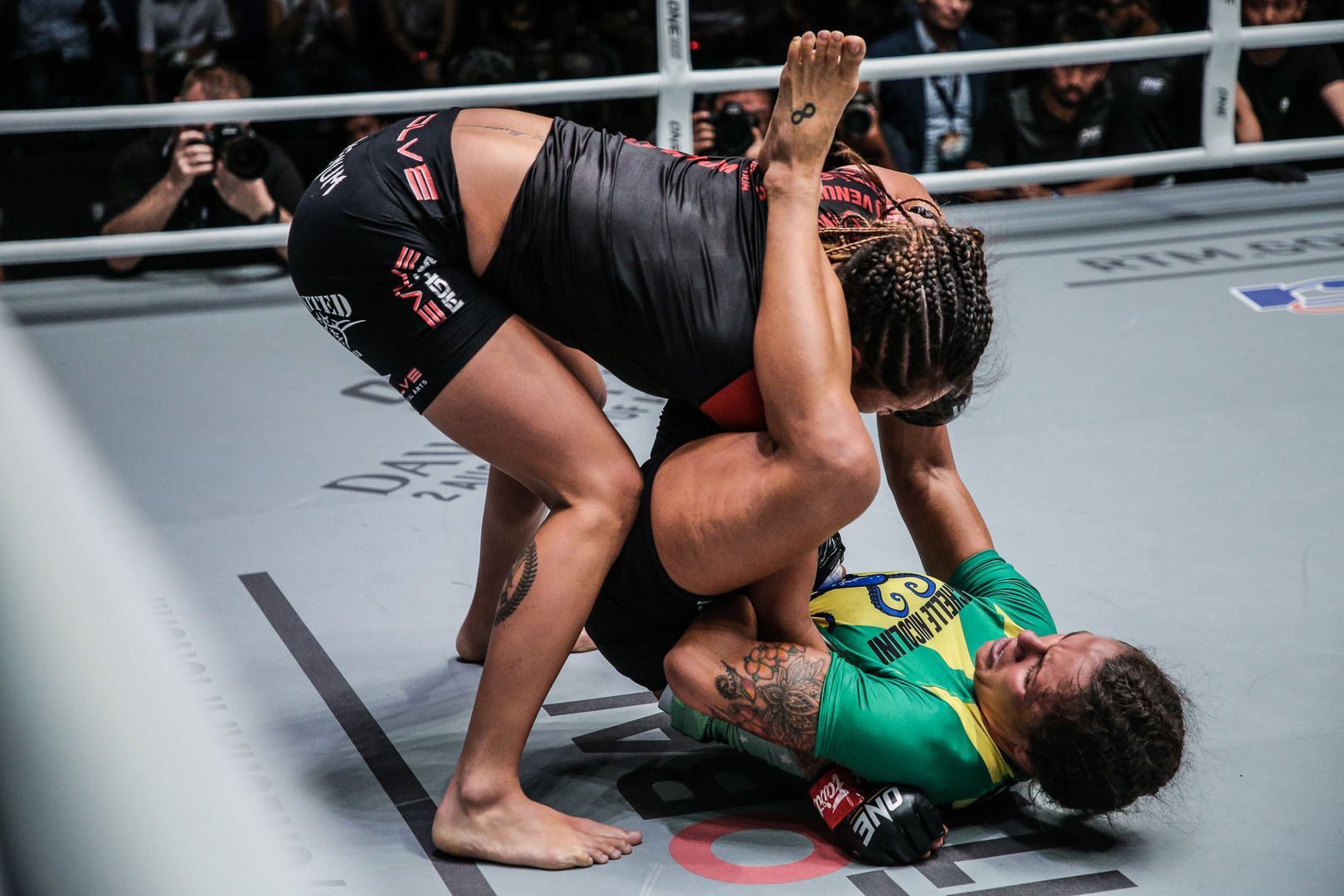 Nicolini eats, sleeps, and breathes BJJ, so much so that she cannot imagine life without the sport.

“BJJ is everything to me. It is one of the most important martial arts in the world. Since I started training, my life has taken the best direction I could ever ask for,” she explains.

“From my first ever time stepping onto the mats, I knew I was going to love it because even without knowing anything, I didn’t give up. I was a very skinny and shy person, but I was feeling great every time I went to class.

“A few months later, I tried my first competition, which I lost. Still, I always had this feeling that I could get better because in BJJ, we never stop learning.”

The sport has changed the Brazilian’s life, and she is doing her part to help spread awareness about “the gentle art.”

As a practitioner with 20 years of experience, Nicolini believes it is important to promote BJJ and its lifestyle to individuals all around the globe.

“What I have been doing over the years is traveling the world to share my knowledge and my experience with people from all walks of life. I have met and trained with great people around the world, and I believe they understand my message about BJJ,” she offers.

“Besides BJJ being a huge part of my life, it has taught me to never give up. That’s the real message.

“It is not easy. At the beginning, we may learn something one day, and we might forget it the next day. It’s a bit frustrating, but if you follow your heart and dreams, you will never stop.” 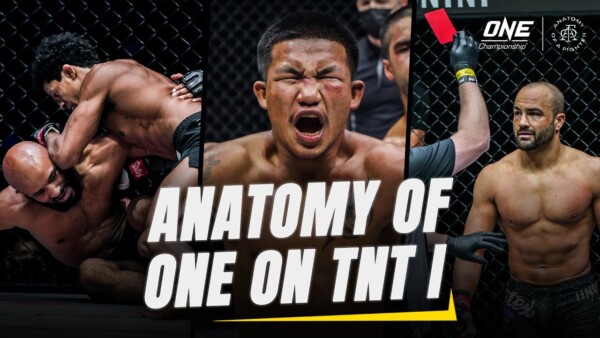