Adriano “Mikinho” Moraes had found solace, a career, and a way to give back to his community through his passion for Brazilian Jiu-Jitsu.

The Brazilian is one of the foremost grappling specialists in ONE Championship, and he has put his black belt skills to use with six submission victories in The Home Of Martial Arts.

His aptitude for choking his flyweight adversaries earned him the inaugural ONE Flyweight World Title against Geje “Gravity” Eustaquio at ONE: RISE OF THE KINGDOM in September 2014.

Will Adriano Moraes reclaim ONE flyweight gold on 25 January?

However, the Filipino hero earned redemption against the American Top Team representative with a closely-contested split decision last time out to take the belt from his rival.

They will settle their series with a rubber match at ONE: HERO’S ASCENT on Friday, 25 January in Manila, Philippines, and once again, World Championship gold is on the line.

This time around, Moraes is convinced his elite ability allied with a renewed aggression will see his hand raised.

Moraes’ BJJ roots can be traced back to his hometown of Brasilia with the Constrictor Team.

He was taken there by his friend Gildasio Ferreira as a teenager after losing a street-fight. Moraes was in a crucial stage in his development as a young man on the rough streets of the Brazilian capital, and this intervention may have saved his life.

“He told me, ‘Adriano, the time is going to pass the same. It is better if you pass the time here. You will be a black belt.’ That sentence stayed in my mind forever.”

The 30-year-old did not excel immediately, but he never gave up. His training gave him a focus and kept him away from the trouble in his neighborhood, which saw many of his childhood friends jailed or killed.

Under the tutelage of his first coaches Eric Medeiros and Ataides Junior, Moraes had the values of humility and perseverance ingrained into him on the mats.

“The first time I went to jiu-jitsu, I hated it,” he reveals. “I was small and skinny, and everybody beat me.

“Some people get it quickly, but for me, it was so hard. I needed time. I kept trying, I never gave up, and I like it [now].” 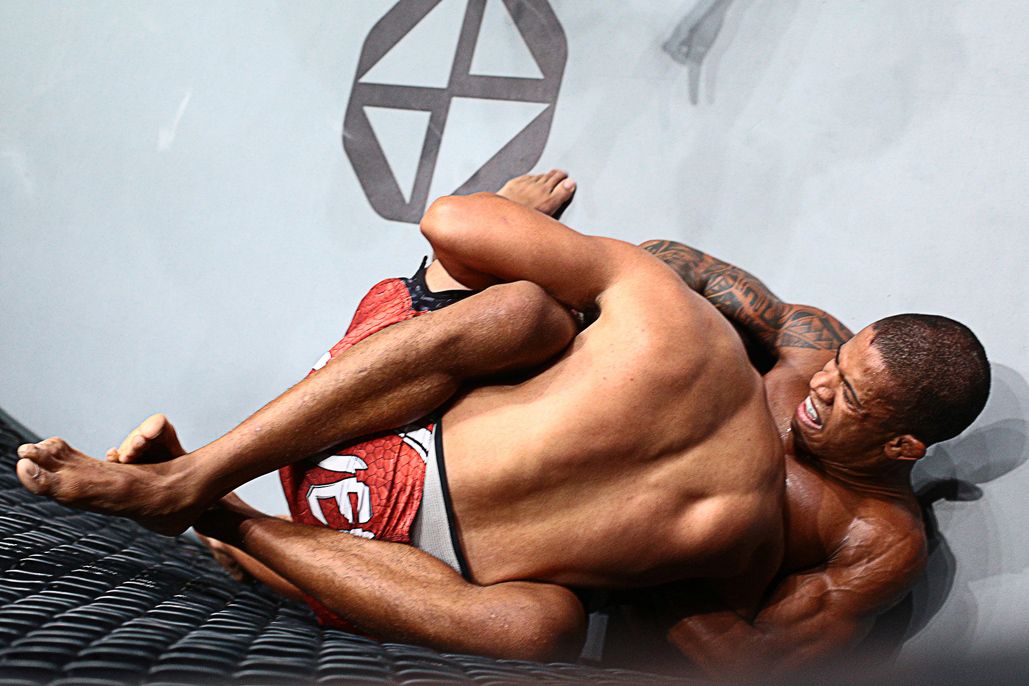 He became enamored with the art, and his dedication translated into success. Medeiros helped him to travel and compete in BJJ competitions, and the nail became the hammer.

Like many of his compatriots who experienced success on the grappling circuit, “Mikinho” became intrigued by mixed martial arts and he took that same enthusiasm into his cross-training to become the most well-rounded athlete possible.

The tough lessons from BJJ helped him transition into boxing and Muay Thai, but the ground always retained its magnetism for the Florida-based flyweight.

Very few of his opponents could handle his relentless pursuit of submissions, and he worked his way to the top of the martial arts world on a foundation built from the ground up.

His legacy as a World Champion in the cage will always be remembered — though he still wants to expand on it — and now he wants to leave a positive imprint outside of competition, thanks to the values his martial art has brought him.

“I can have more love for other people. I got more education. I got more balance in my life and in my mind.

“You can live better, because life is tough. Nobody takes care of you when you leave home. Jiu-jitsu helped a lot with that.”

He is starting to pass the skills and lessons he has learned about life on to the next generation of at-risk youths, to pull them away from the allure of street gangs and a potential life of crime and violence.

Moraes has been there and seen the damage it can cause to lives and communities. He can relay his stories, and then offer up the solution that worked for him.

“I like to set an example for my people. I have my social project for kids in the favela. The name is Instituto Arte Suave – Gentle Art Institute. Everybody has a gi and can do jiu-jitsu to help change their lives,” he explains.

“I try to put jiu-jitsu in all schools of my city of Brasilia, Brazil, to help kids with their education, and teach them a better attitude and more responsibility. Jiu-jitsu brings everything together in one art.”

The challenges in ONE’s stacked flyweight division give Moraes plenty to focus on, and the means to provide for his family, but he takes great pleasure in passing his knowledge of ‘the gentle art’ on to others.

He may even dust off his old competition gi – if the right chance presents itself.

“I hope to come back to compete in jiu-jitsu. I am focused more on my mixed martial arts career, but I want to come back,” he admits.

“I want to say to the BJJ fighters I will maybe come back after this fight, and maybe you will see the new World Champion.”