A young man, driven by a single dad and derided by childhood bullies, is on the verge of martial arts greatness. TV: Check local listings for global broadcast | PPV: Official livestream at oneppv.com | Tickets: bit.ly/oneheroes

Posted by ONE Championship on Tuesday, May 9, 2017

Agilan “The Alligator” Thani will have the support of his Malaysian countrymen as he attempts to dethrone undefeated champ Ben Askren for the ONE Welterweight World Championship at ONE: DYNASTY OF HEROES on Friday, 26 May, in Singapore.

However, in all of Malaysia, and even the world, the 21-year-old’s biggest and proudest supporter is his father, Thanigasalam. Though the elder Thani may not have initially approved of his son’s martial arts pursuits, he supported him nonetheless, and even paid for his earliest lessons at Monarchy MMA with what little they had.

For all intents and purposes, Thani’s dad has been the lone source of support and inspiration throughout his entire life.

“The Alligator” was raised solely by his father, as his mother left the family when he was still an infant. Along with two of his uncles and an aunt, the five of them shared a one-bedroom apartment in Malaysia’s capital city of Kuala Lumpur. It was cramped quarters, but the family made it work.

“My mom ran away when I was a child, so whenever someone asks me, I tell them she went to the Olympics and never came back,” he admits. “It did not bother me at all because I have never seen my mom’s face and never had any interactions with her.” 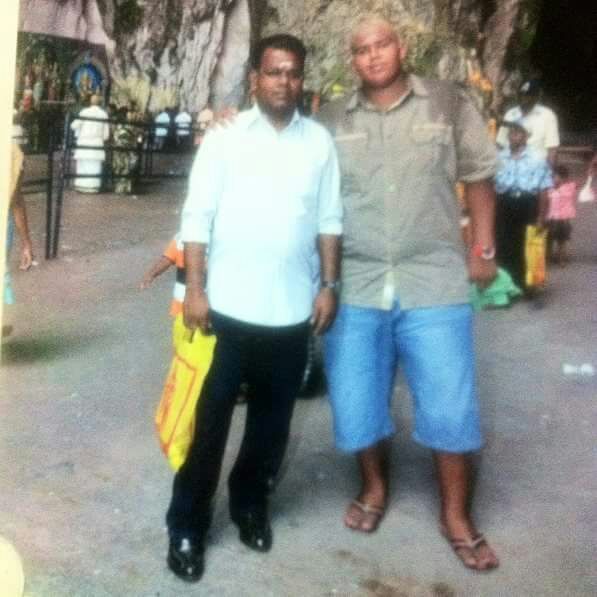 Despite being a single parent, Thanigasalam took care of young Agilan as best he could. He provided for his son, disciplined him, and bought him virtually anything he wanted within reason — be it food, clothes, or even funding his initial training sessions.

However, that meant working long hours, and rarely spending any time with his son during the week. Thani’s father was a restaurant manager who supervised a handful of eateries throughout Kuala Lumpur. He maintained a hectic schedule, and at times, did not come home until four in the morning.

That heavy workload enabled the patriarch to give Thani plenty of responsibility at an early age. When “The Alligator” was 8 years old, he frequently washed clothes, cleaned the house, bought groceries with money provided by his father, and cooked meals by himself. He even set his own alarm clock, and walked more than 6km in gangland Sentul on his own to get to school and back.

“My dad was always happy with me, because I was very independent. I learned how to do things by myself. I was a free kid, but I did not take my freedom for granted. I stayed away from bad things and did the right thing. The only thing I did not do well was eat because I ate a lot as a child,” he says with a chuckle. 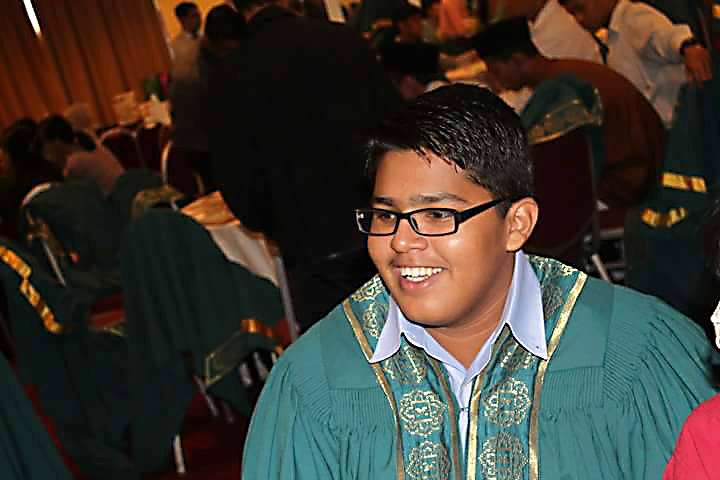 Although Thani’s father has always maintained a hectic work schedule, as he continues to do this day, he always tried his best to bond with his son during his days off. In fact, he still does. The two will share a few meals during the week, and Thanigasalam will dispense some fatherly wisdom, whether the young Thani asks for it or not.

“We are very close. He tried to give me everything I asked for when I was a kid. He tried to do whatever he could,” the welterweight says. “The only time we get together now is when he is on holiday, or if he wakes up early to go to work, and we can have breakfast. We talk, but 90 per cent of the time, he shakes his head and gives me advice.”

Some of that advice pertains to his mixed martial arts pursuits. Thani’s father might have understood the need to learn self-defense against local bullies and his son’s desire to lose much of his excessive weight, but he was not initially a fan of his boy’s chosen career path.

“At first he was not so supportive [about my mixed martial arts career], but he did everything he could. He gave me money to train, to buy gloves, everything. Then I started being more independent, working with the gym, and paying my bills myself,” the Malaysian hero recalls.

“He asked, ‘How long can you do this? Is this a good future?’ But now I am making good money, I have my own place, and he supports it now more than he used to.” 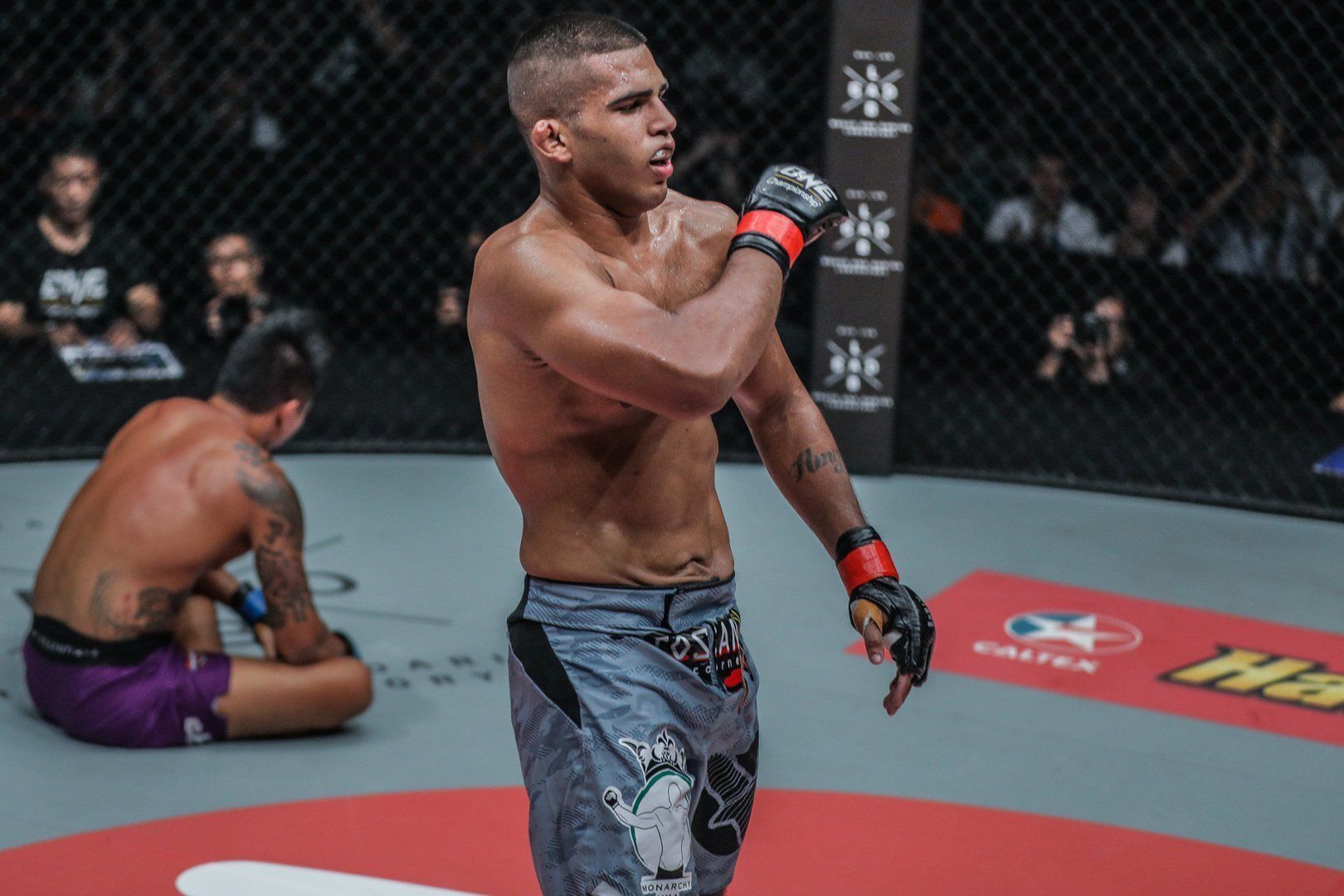 Now, Thanigasalam attends all of his son’s fights in Kuala Lumpur. He saw his 21-year-old son become a MIMMA Welterweight Champion and, later, decimate his competition in ONE Championship en route to a perfect 7-0 record.

Still, even with his impressive run, that has not stopped Thanigasalam from dropping fatherly gems of wisdom, even when it comes to his son’s martial arts techniques.

“My dad always says I have very bad kicks,” the welterweight adds with a laugh. “He always tells me I have to kick and [bring my leg] back like Bruce Lee; I cannot kick and go off balance. It is not good.”

“The Alligator” will never be able to escape the fatherly advice from the former soccer player and expert restaurant manager known as “dad.” But that is alright, because Thani is always learning from Thanigasalam, and is constantly inspired by the actions of his biggest supporter, even if they still don’t spend much time together. In fact, Thani only has a single photo with both of them in it, taken in his youth.

“I just try to look at him and think to myself, ‘If you think you are working hard, look at him, he works twice as hard as you.’ It is tiring. He works long hours,” Thani says.

“Another thing I appreciate about him is his work ethic. I try to implement that into my life – to work with what you have, no matter what. If you do not have a shovel to dig a hole, and the only thing you have is a tablespoon, you have to take that spoon and dig until you make that hole.”