ONE Strawweight World Champion Yosuke “The Ninja” Saruta’s journey to the top has not been easy, but the martial artist knew he could accomplish his goals as long as he had one woman by his side.

The Japanese star’s wife has always supported his dreams, and that has been vital in his quest for World Title glory.

Saruta will defend his crown in a rematch against Joshua “The Passion” Pacio at ONE: ROOTS OF HONOR in Manila, Philippines on Friday, 12 April, and he plans to deliver another stellar performance so he can repay some of her faith in him.

“I could not have achieved my dream without my wife,” he explains. “I do not feel any hardships because I have her with me.”

Nothing was going to stop ONE Strawweight World Champion Yosuke Saruta from achieving his dreams!

Nothing was going to stop ONE Strawweight World Champion Yosuke Saruta from achieving his dreams!Manila | 12 April | 7:00PM | Watch on the ONE Super App: http://bit.ly/ONESuperApp | TV: Check local listings for global broadcast | Tickets: http://bit.ly/onehonor19

Not everybody around “The Ninja” has been so supportive.

Saruta’s father and mother worried about their son when he turned to martial arts, as they believed he could have been seriously hurt following this new career path.

Without them on his side, it was even more critical that his spouse believed in him. The 31-year-old was already battling the tide in trying to win over his parents — any more than that, and he could have folded under the pressure.

“My parents haven’t done martial arts. They thought it was dangerous, so they didn’t want me to do it,” he says. “But my wife always supported me, and I appreciate her.”

She was always there to give him the strength and encouragement he needed in their absence, and that was enough.

“Yosuke said all he needs is me. That makes me happy,” Mrs. Saruta shares.

“He said with me by his side, he can overcome anything. This is true because behind all strong men are stronger women.”

Eventually, with his dedication and success, Saruta’s parents accepted his career.

They saw how martial arts was making him a better man, as it strengthened some of the core values he already possessed. He was more focused, more disciplined, and even more humble.

“Now, my parents are 100 percent supportive of me,” he reveals. “I have been doing it for 10 years and became a World Champion. Now, they cheer for me and [acknowledge that] I’m a martial artist.”

“The Ninja” claimed the Shooto Strawweight World Title in his native Japan back in October 2017, and then signed with the world’s largest martial arts organization in late 2018.

After upsetting former ONE Strawweight World Champion Alex Silva in his debut last December, he punched his ticket to a contest with the division’s then-reigning king, Pacio.

At ONE: ETERNAL GLORY in January, Saruta engaged in a thrilling five-round battle with “The Passion” and defeated the Filipino via split decision to claim the richest prize in Asia. For him, it was vindication for all the years of hard work and sacrifice he put into his craft.

Nobody was happier for “The Ninja” than his wife, who was by his side every moment leading up to that point, even during the times when her husband was fatigued and demoralized.

“I was so nervous when they said it was a split decision, but I believed he would win,” she recalls of the moment the result was announced in Jakarta, Indonesia.

“When I heard his name as the winner, I screamed with joy. I was so happy to see him achieve his dream because he works so hard.”

There wasn’t too much time for the pair to celebrate the landmark victory, however.

Within a week, the rematch was booked, and Saruta had to resume his training at Wajutsu Keishukai Hearts to prepare for the second encounter with Pacio.

After he faces his 23-year-old rival at the Mall Of Asia Arena this Friday, “The Ninja” will take a much-needed break from competition to enjoy a milestone in his personal life. 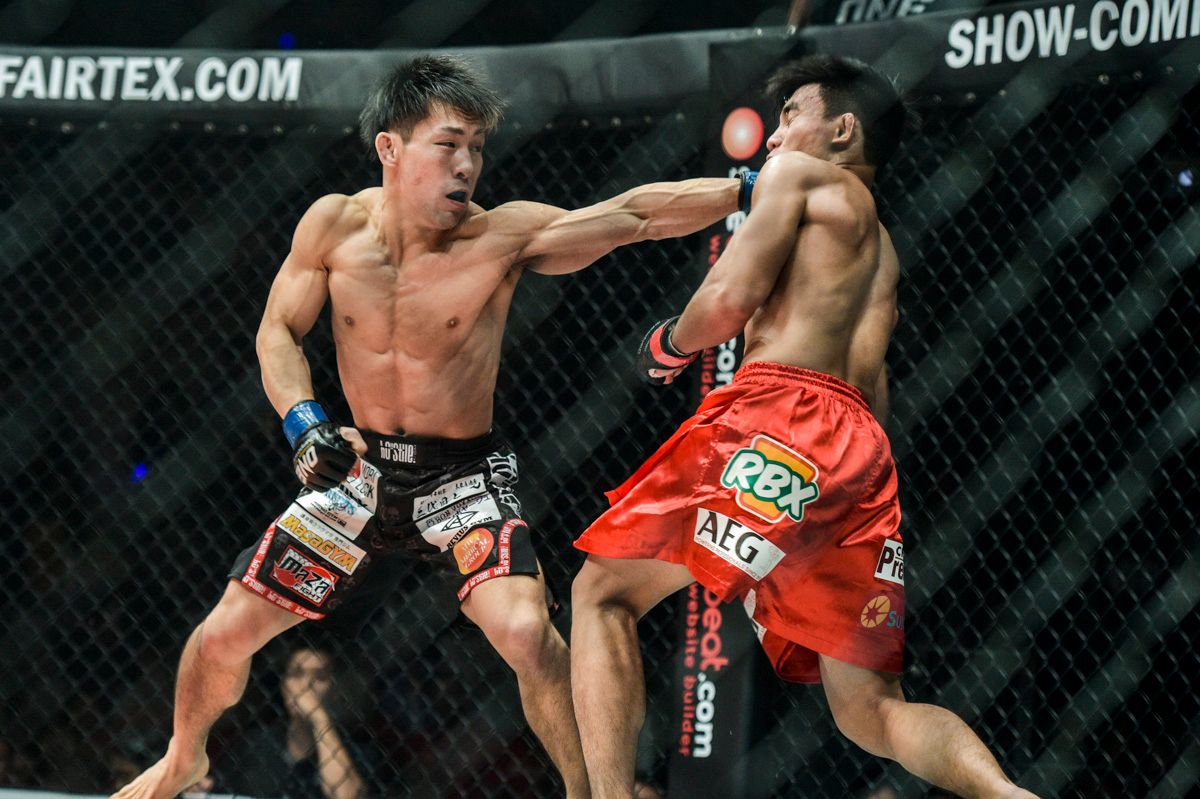 The couple had their honeymoon arranged in Singapore for this past January, but he got the offer to challenge for the ONE Strawweight World Championship, which caused him to delay their trip.

However, if everything goes according to plan, he will leave the Philippines with the gold and then give back to his wife for her unwavering love and support.

“I became World Champion, but I haven’t gone on a honeymoon because I was focused on training for the rematch,” he says.

“I fight for my wife. I fight because I want to take her abroad on a honeymoon and buy a house for her.”

If Saruta retains his World Title on Friday, then he will have one more thing to celebrate.