Most people have no clue about what they want to do for the rest of their lives, but Yoshiki Nakahara always knew he wanted to be a mixed martial artist.

Inspired by Japanese legends Hayato “Mach” Sakurai and the late Norifumi “Kid” Yamamoto, the Hiroshima native quickly started on his journey with the intention of becoming a World Champion.

The 27-year-old is now competing in ONE Championship’s bustling featherweight division and is closer than ever to reaching the pinnacle of the sport, but there were a few moments in time when his career was in jeopardy.

Take this opportunity to learn more about the rising star’s topsy-turvy path to The Home Of Martial Arts, the roadblocks that were in his way, and why he never quit on himself.

A Childhood Love For Judo 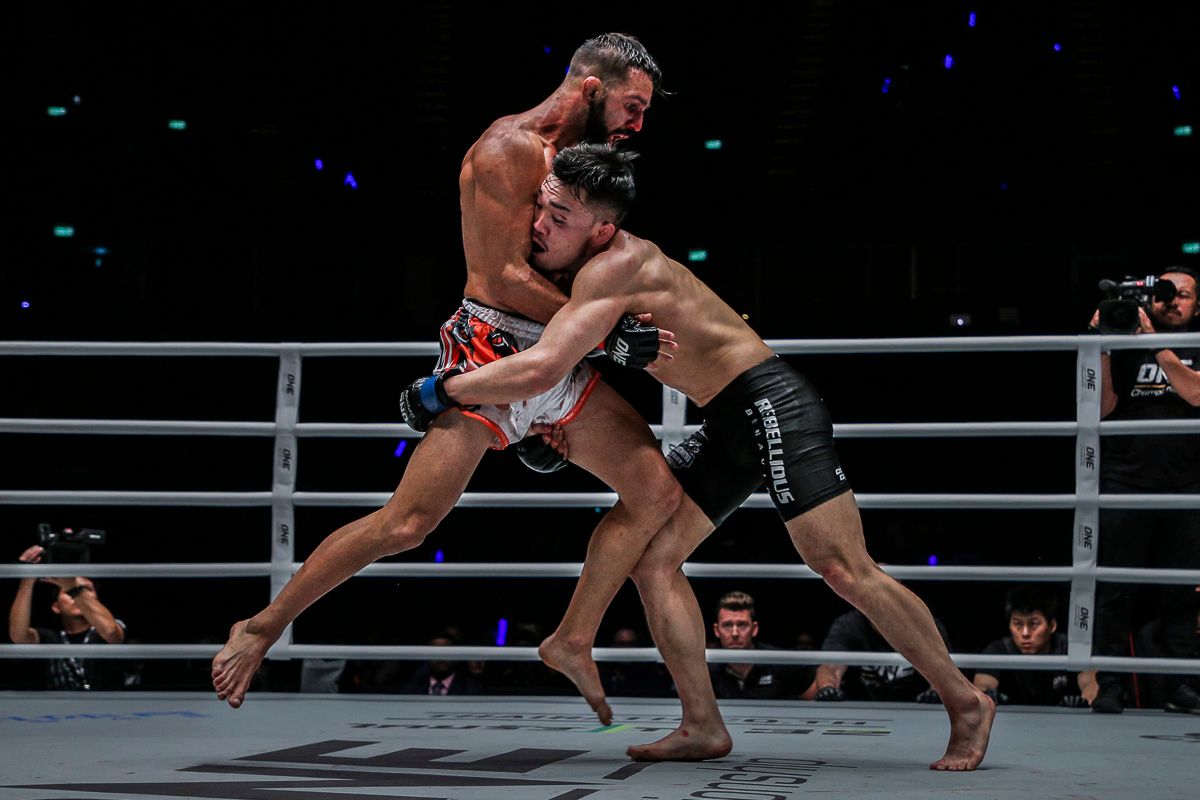 Born and raised in Hiroshima, Japan, Nakahara was the only athlete in his family. His father, mother, and young sister did not play any sports, but he was invigorated by physical competitions.

The active child tried baseball and basketball in his early school years, but by the age of 12, he developed a strong interest in judo.

A friend had previously convinced Nakahara to join the baseball club in elementary school, and the same buddy persuaded him to join the judo club in junior high school.

The Hiroshima native loved the power and control of “the gentle way,” so he immediately dove head-first into learning the martial art’s intricate techniques and discovering how to throw much larger opponents.

Nakahara developed a knack for the sport, which led to a scholarship opportunity with a prestigious high school.

Disaster Leads To A New Passion

Just when the stars seemed to be aligning for Nakahara, his dreams of judo stardom unexpectedly came crashing down.

Disaster struck hard when he completely tore his anterior crucial ligament in the first match of a tournament to decide his place on the high school’s team. He immediately received surgery, but was told it would take at least a year before he could even compete again.

Nakahara was forced to the sidelines and felt his peers leaving him behind. His love for judo was shattered and his motivation had vanished.

That inspired the Hiroshima teenager to follow the same career path, but he knew there was a tough road ahead. He was going to face tremendous adversity just in the recovery process alone, but he turned that negative into a positive and learned a valuable life lesson.

“I learned that if you have hardships, not to give up on yourself and to find a reason to motivate yourself,” he says. “Always try something to improve yourself.”

The Move To Tokyo

Once recovered from injury, Nakahara was motivated to bring his mixed martial arts dream to life.

He originally began his journey at Paraestra Hiroshima in the summer of his third year in high school. Back then, however, he focused strictly on grappling.

Though Paraestra’s extensive gym network is known for producing some of the best jiu-jitsu players in the country, Nakahara eventually wanted to go elsewhere to add a stand-up repertoire and more ground skills to his overall game.

With that in mind, he did some research. He went to Tokyo during his high school’s spring break to explore the city and find the right place to train in the future.

The ambitious teenager stumbled upon Mach Dojo, which had a similar atmosphere to his gym back home. That appealed to him – as did the chance to train alongside the dojo’s main stars, former Shooto Middleweight World Champion Hayato “Mach” Sakurai and former two-division Deep World Champion Takafumi Otsuka.

Following his high school graduation, Nakahara – then 18 years old – passed up the opportunity to study at college and receive a judo teaching license. Instead, he decided to make the move to the Japanese capital and pursue his goal.

However, his decision came with a twist.

While Nakahara’s mom was against the idea, his dad supported the choice on the condition that he gave it his all for the same amount of time he would have gone to college for.

“I promised my father that if in the first four years of doing mixed martial arts I could not get results, I would give up my martial arts dream,” he shares. 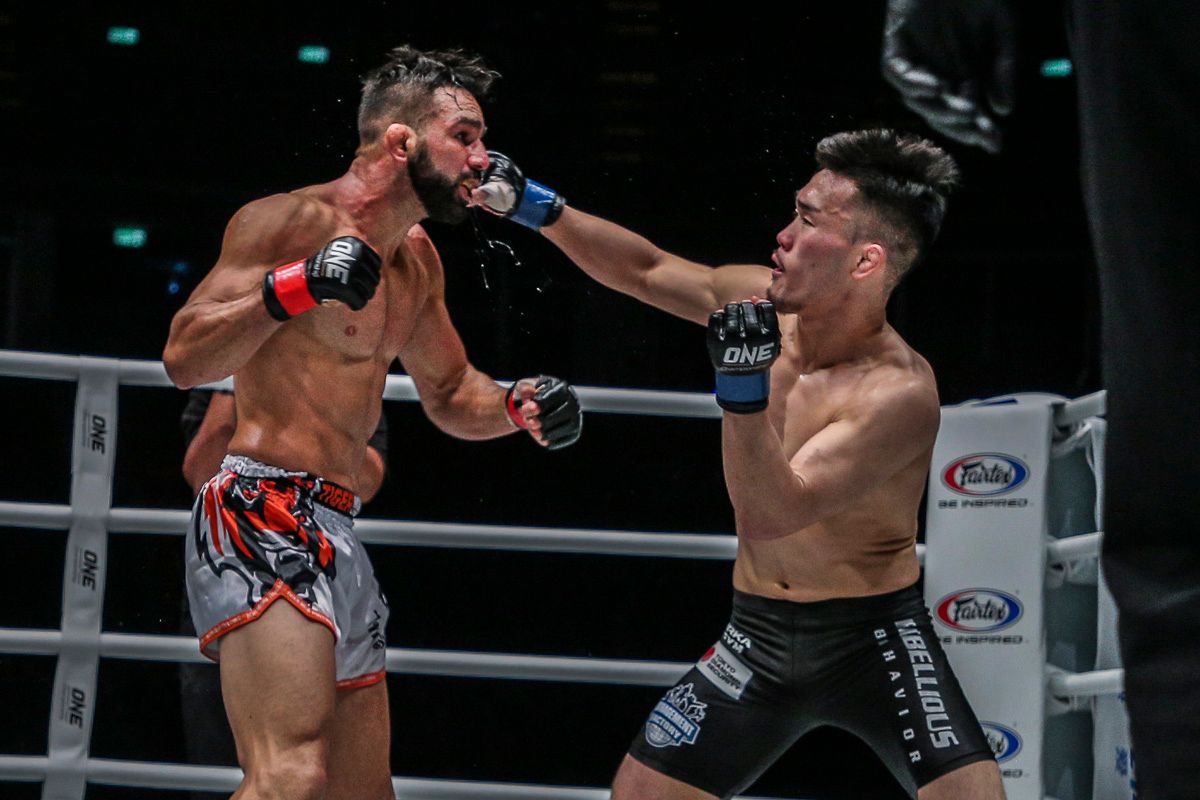 Nakahara did not waste any time when he arrived in Tokyo. The clock was ticking, so he immediately went to work.

At first, he stayed in the Mach Dojo live-in students’ dormitory and scored a part-time construction job to cover his day-to-day expenses and fund his gym sessions.

In November 2012, just two years into his training at Mach Dojo, he took a monstrous step forward in his journey. He made his mixed martial arts debut and impressively submitted Hiroto Uesako via guillotine choke in the first round.

The Hiroshima warrior kept gaining valuable cage time by competing on the national scene and, just as he was approaching the deadline he made with his parents, he made good on his promise.

He challenged Hidekazu Asakura for the vacant Gladiator Featherweight Championship in April 2014. On that fateful night in Hokkaido, he knocked out his rival to claim the gold.

“It was in the fourth year that I won my first title,” he says. “I was glad to get the win, but [I was even] happier that it was okay for me to keep doing martial arts as a living. It really was a huge moment in my life.”

An even bigger moment was awaiting him, however.

Breaking Through In ONE Championship

In late 2015, the Mach Dojo ace kicked off an astonishing seven-bout winning streak – with three of those victories coming by way of knockout.

While he enjoyed success in Japan’s rich mixed martial arts scene, he unexpectedly received the chance to compete on the global stage in February 2019.

Nakahara accepted an offer to fill-in for his countryman, Kazuki Tokudome, and face Emilio “The Honey Badger” Urrutia at ONE: CLASH OF LEGENDS in Bangkok, Thailand.

The Japanese athlete made the most of his opportunity, as he ripped through the Thailand-based American featherweight star en route to a third-round TKO.

Even though it was a short-notice bout, the chance to compete in ONE Championship vindicated all of his years of hard work.

“I was really grateful,” he says. “I thought everything through, and, in the end, I was glad to be chosen to fight in the best promotion in the world.”

Although he fell to multiple-time submission grappling World Champion Garry “The Lion Killer” Tonon in his sophomore appearance on the global stage, Nakahara refuses to fold up and quit. He has overcome adversity before, and he is ready to do it again.

The Mach Dojo representative wants to earn his way back into contendership with the hope of testing his striking arsenal against the reigning ONE Featherweight World Champion in the future.

”I have to avenge my loss, and then I have to move on with solid performances to get myself in a title match position. I have to use my striking to keep getting finishes,” he explains.

“I want to face Martin Nguyen. Even if he weren’t the champion, I’d like to test myself against him. It would be toe-to-toe. We’re both strikers, so it would be a stand-up fight. If I catch him, he’ll go down. if he catches me, it would be the same. One of us would definitely be going down.”

But if Nakahara ever goes down, he will always get back up, as history has shown.

Read more: The Surprising Movies And Shows That Have Inspired ‘Sexy Yama’