After a year and a half away from the promotion, Japanese ZST Welterweight Champion Tetsuya Yamada made a triumphant return to ONE Championship.

Last September, at ONE CHAMPIONSHIP: SHANGHAI, the Japanese veteran displayed a renewed vigor and poise when he defeated Kyle Rozewski in their featherweight clash. He submitted the American via rear-naked choke in under two minutes.

“I was relieved to be able to win with good technique,” the 27-year-old reveals. “I am glad that I was able to prove myself in my first match back with ONE.” 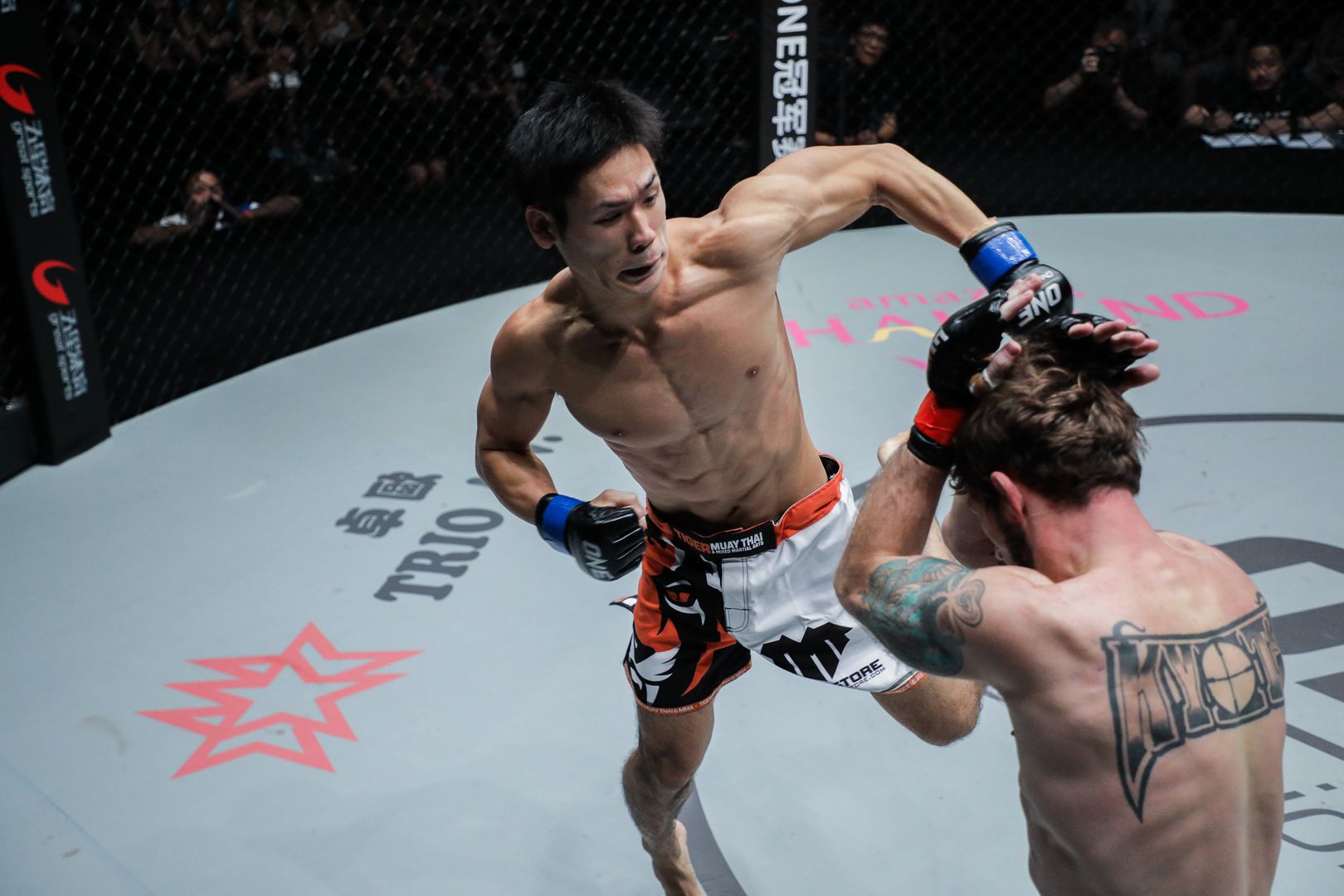 The victory was an impressive feat, and Yamada (24-5-2) believes it will be his grappling acumen that serves to be the difference-maker in his upcoming tilt next weekend.

On Saturday, 24 March, the Japanese warrior will move up in weight to meet Turkish bulldozer Saygid “Dagi” Guseyn Arslanaliev in a lightweight clash at ONE: IRON WILL. The event takes place at the Impact Arena in Bangkok, Thailand.

However, it will not just be the skills Yamada has amassed, but the time he has served inside the cage that could pay dividends against Arslanaliev, who has never been out of the first round in his five professional bouts to date.

“I think my takedowns and ground techniques are better than his,” Yamada offers.

“I believe that the longer the match goes, the more the difference in experience will show. I am making a plan to compete strongly for three rounds.”

Despite having a fraction of the professional bouts as his Japanese counterpart, the 23-year-old Arslanaliev has been absolutely devastating in his short tenure so far.

At 4-1, “Dagi” has a 100 percent finishing rate amongst his victories, and accomplished all of those under the two-minute mark. What’s more, his only loss came via disqualification after getting overzealous with an illegal kick to a downed Georgi Stoyanov when he last competed at ONE: QUEST FOR POWER in January 2017.

“I think he is a very strong, and a good athlete. He is young, energetic, and has good striking,” Yamada acknowledges. “However, I think that there are a lot of rough parts.” Yamada has seen it all in his storied career to date, and he will not be fazed by an aggressive opponent. With 17 stoppage victories in his career, equally split between knockouts and submissions, he is also a proven finisher.

Both men would be in an excellent position in the lightweight division should victory come their way, but the Japanese veteran in particular could have world championship gold in his sights if his performance is impressive enough.

He sees the lightweight roster around him as full of potential world-class adversaries, but the night’s headliner, two-division ONE World Champion Martin “The Situ-Asian” Nguyen is the one he is aiming for.

“I want to get closer to the world title by winning,” he reveals. “My dream is to get a world championship belt in ONE.” 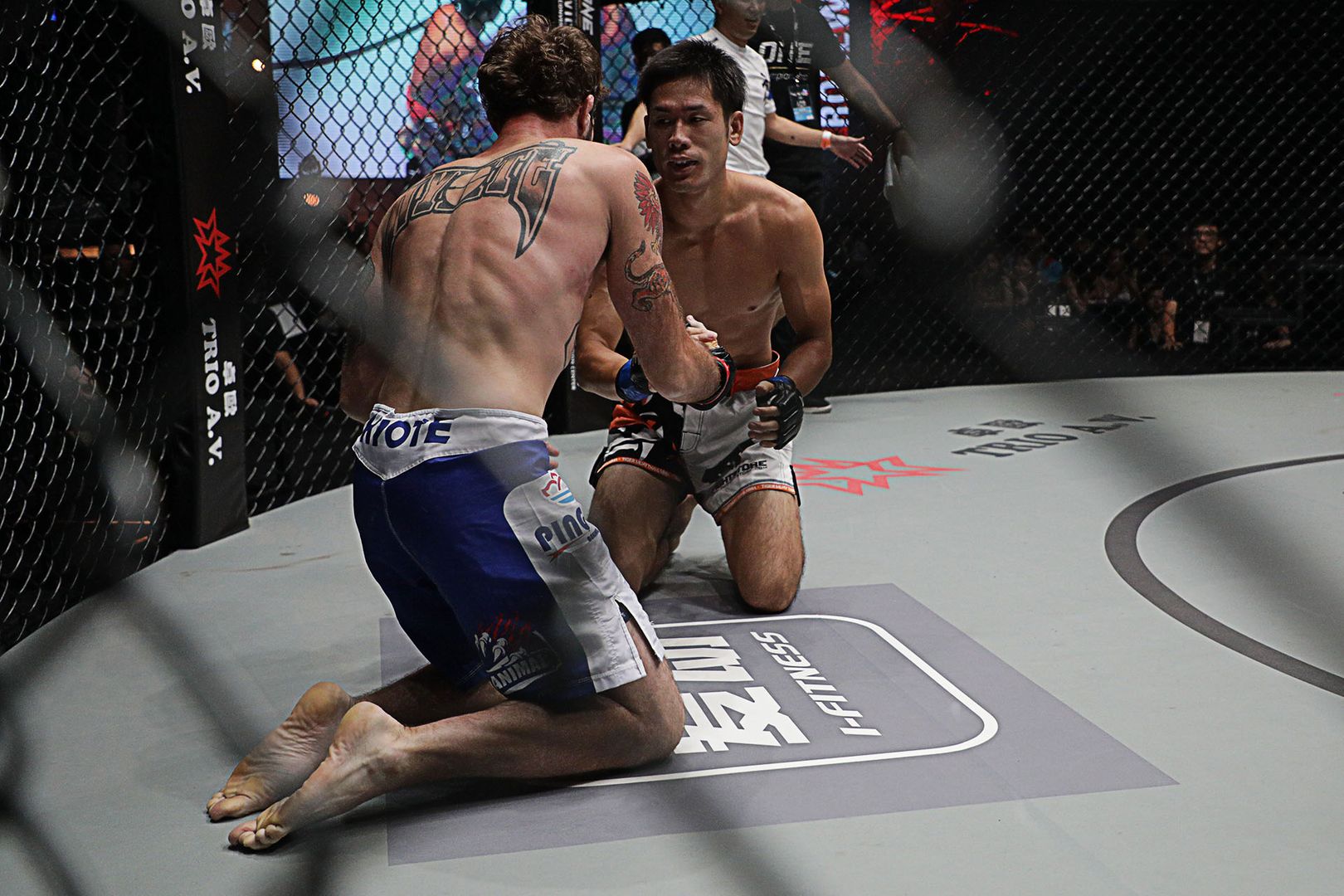 That would be particularly meaningful for Yamada if he could set those wheels in motion in his adopted home of Thailand. To put on a show for the fans in Bangkok en route to victory would be another dream come true.

“I expect it will be an exciting match,” he continues. “I will continue to attack until the end, and I will finish by submission.”