Tetsuya Yamada has a reputation for lightning-quick finishes, and on Saturday, 2 September, he added Kyle Rozewski’s name to his growing list of victims.

It took him less than two minutes to put Rozewski away by rear-naked choke at ONE CHAMPIONSHIP: SHANGHAI. He notched his 13th career first-round stoppage victory in the process. The win marked the first time back in ONE Championship since Yamada fell to current lightweight kingpin Eduard Folayang in 2016.  Since then, the 27-year-old Japanese competitor has moved down to featherweight and stayed busy. He has amassed a 3-1 record outside of the organization, as he earned his way back to compete on Saturday’s card at the Shanghai Oriental Sports Center.

Yamada wasted no time looking for another highlight reel finish. He launched a kick almost immediately after the match started, cracking Rozewski in the ribs while looking to punish the 34-year-old American’s midsection.

Rozewski absorbed the kick before pressing forward to look for the takedown. The ensuing scramble did not end well for him, however, as he was unable to maintain control of Yamada, who was constantly on the attack both on the feet and on the ground. 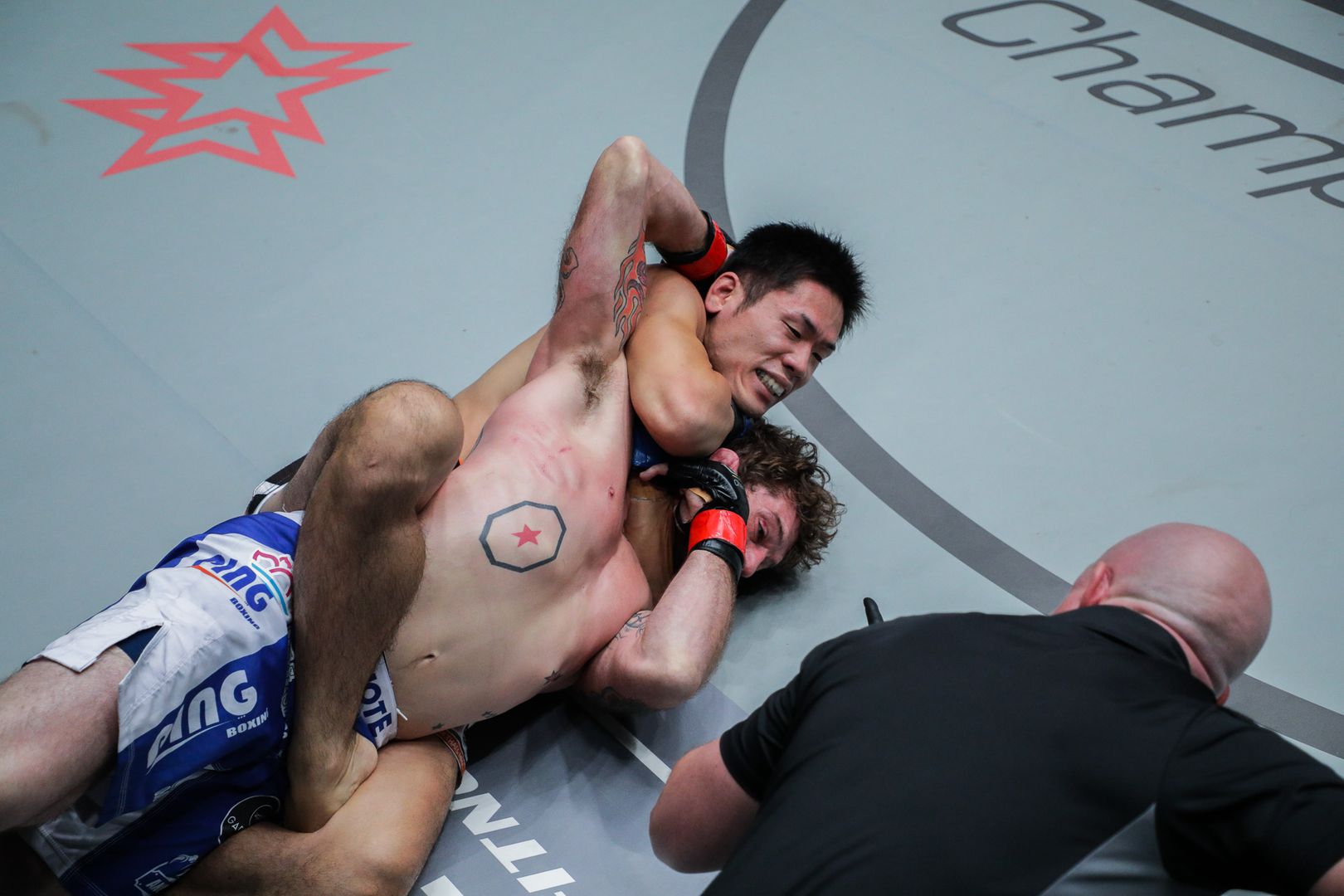 The two athletes eventually worked back to their feet before crashing down to the mat again. From there, Yamada had no interest in allowing this match to continue any further. The Japanese veteran quickly took Rozewski’s back, and started his methodical climb up the neck until locking in the rear-naked choke.

As the forearm snaked up under the chin, the American did his best to resist the submission, but there was no way Yamada was letting go until he got the finish. Finally, Rozewski had no choice but to tap out. The end came at 1:55 of the first round.

Yamada picks up his first victory inside the ONE cage, and moves his overall professional record to 19-5-2. Rozewski, who stepped up on three days’ notice to replace former ONE Featherweight World Champion Narantungalag Jadambaa, had a solid showing in defeat. He drops to 5-6.