Rika “Tinydoll” Ishige has emerged as one of the most popular superstars in ONE Championship.

In just 2017 alone, she has demonstrated a versatile martial arts skill set with three stoppage wins, and charmed fans with her sparkling charisma and personality.

The 28-year-old Thai star will undoubtedly entertain the masses yet again this coming Saturday, 24 March, as she meets Filipino debutant Angelie “D Explorer” Sabanal at ONE: IRON WILL in her native Bangkok, Thailand.

While Ishige is adored by the world now, she remembers a time when people made her life an absolute nightmare. 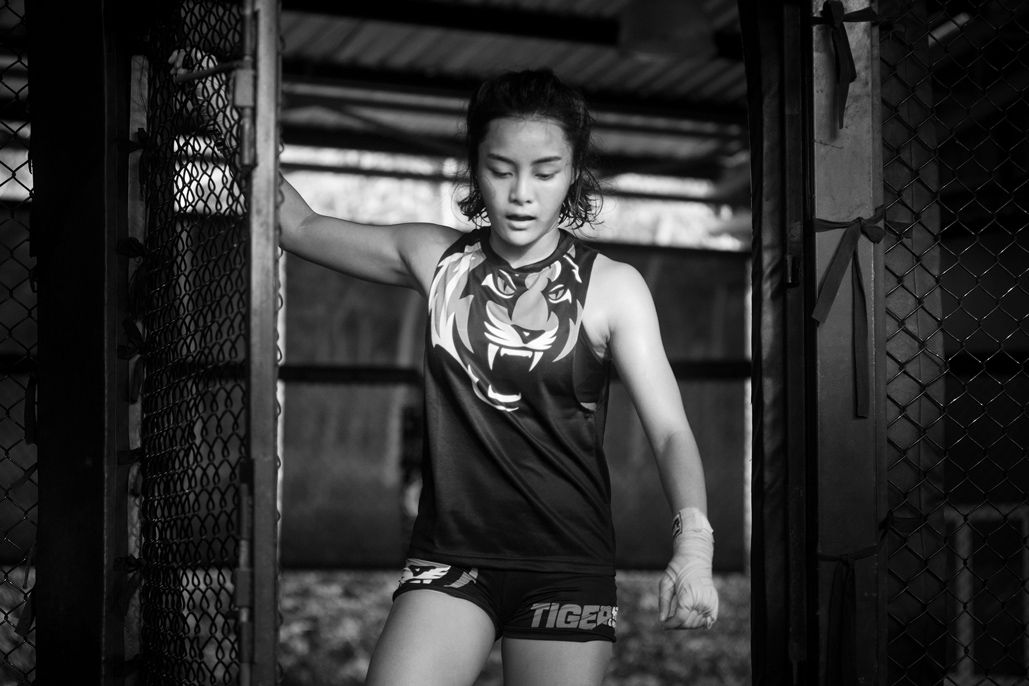 Back when she was a teenager, Ishige minded her own business, and tried to get through school without hassling anybody. She never looked for trouble, but unfortunately, trouble often found her.

“Tinydoll” was regularly picked on at school because of her appearance and ethnic background. She was a small, petite girl of Thai and Japanese descent, and that made her a target. Not only did she suffer physical abuse from the hands of local bullies, but also endured emotional abuse, too.

“I do not remember the first time I got bullied because I used to get bullied since I was young,” Ishige says. “When I was a junior in high school, I was bullied by the seniors because I am only half Thai.

“At first, they made fun of me verbally, like calling me terrible names, and after that I was physically bullied. I got pushed from behind, and had my hair pulled.”

“Tinydoll” could not rely on help from her teachers, nor did anyone ever intervene to step in and provide any sort of help. Worst of all, she was not the only victim in her school. The bullying culture spread throughout the halls, and led to many difficult days for other students.

“If you have a weak point or are different, you can be the target of bullying,” she adds. 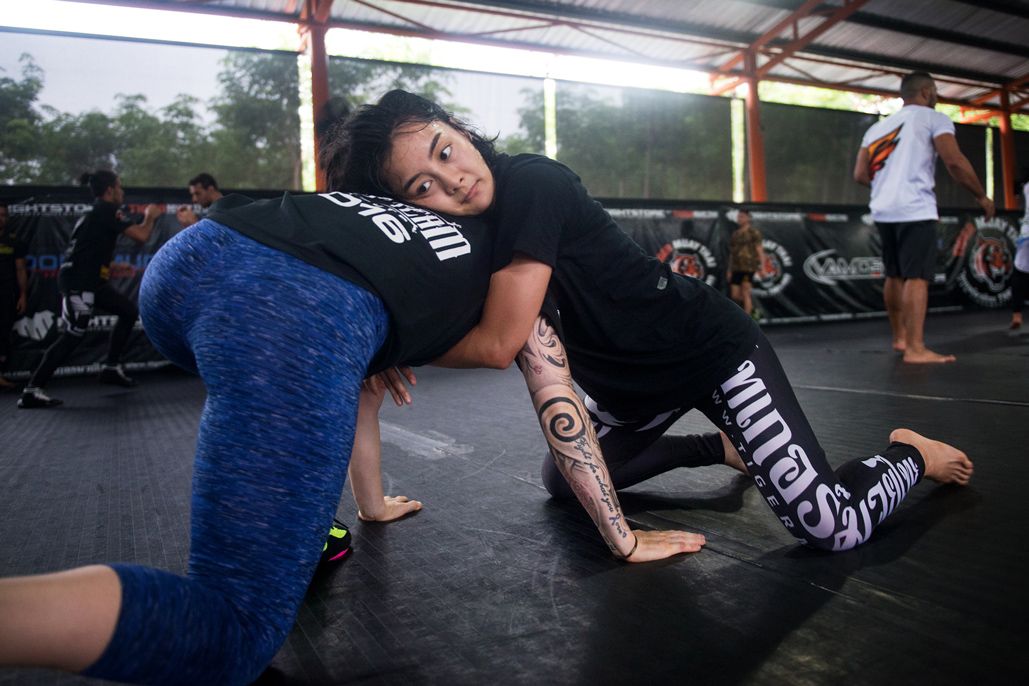 Tired of being a victim, Ishige decided to find her own strength and equip herself with the skills necessary to defend herself from her tormentors.

While “Tinydoll” always had a fascination with the martial arts, due to her father, she felt learning some moves could help solve her problems. At the age of 14, she started her formal training.

“I did not learn martial arts to hurt people, just for self-defense,” Ishige offers. “I decided to start practicing aikido, and karate.”

Those lessons helped her more than she could have ever imagined. Although she finally felt secure in defending herself from bullies, or attackers of any kind, she also grew from a psychological standpoint.

She gained a new sense of self-confidence and, perhaps for the first time in a long time, she felt empowered. 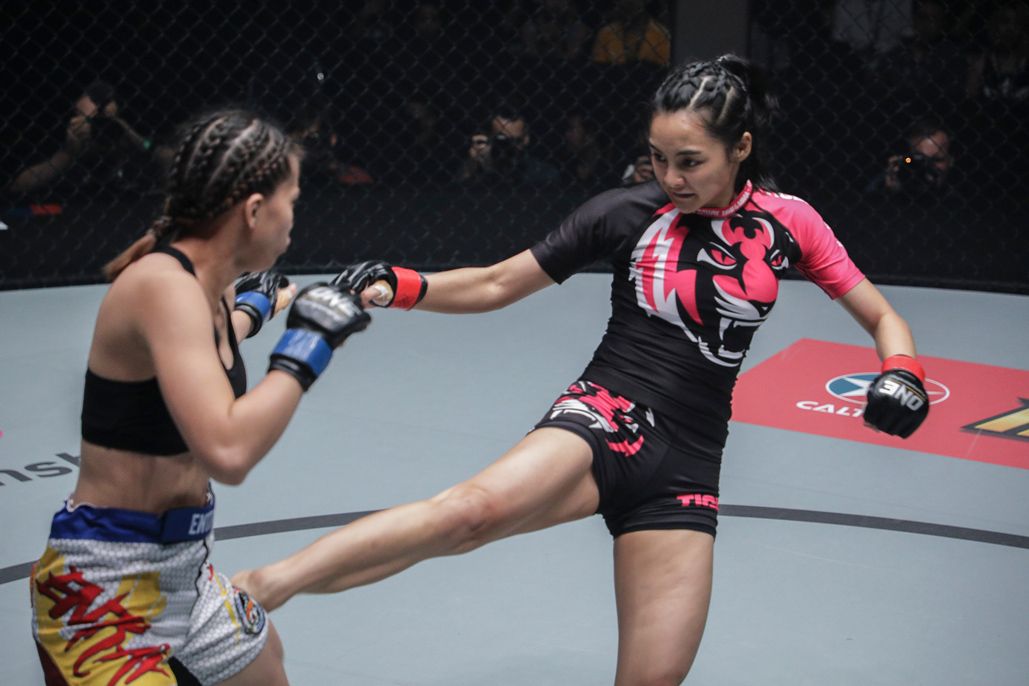 “I became stronger — not only physically, but mentally,” she states. “I felt calmer and better at controlling my emotions.”

Over time, as the bullies discovered they were not getting to the young Ishige, they picked on her less and less, until eventually, they faded away.

While Ishige took take a brief hiatus from her martial arts training to concentrate on her studies, she could not escape the allure of the culture and lifestyle.

She later trained under her future boyfriend Shannon “OneShin” Wiratchai, studied multiple disciplines, and signed to ONE Championship in hopes of one day becoming a world champion.

An Example To The World 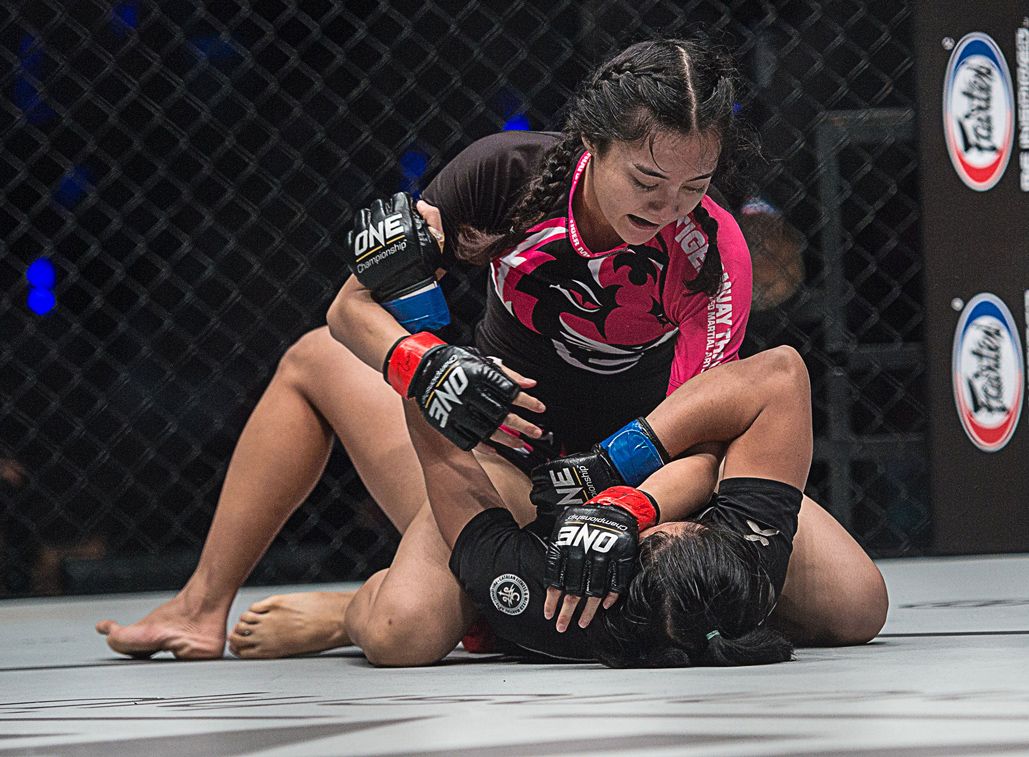 Ishige may have survived her experience with bullies, however, the issue is still extremely relevant in schools all throughout the world.

With that in mind, the Thai atomweight superstar encourages people, especially those who have been victimized, to arm themselves with some martial arts training.

“You cannot change others, only yourself. Get ready to deal with every situation,” she asserts.

“You can get physical strength by working out or practicing martial arts to protect yourself from physical or sexual bullying. Also, you will build mental strength for dealing with verbal bullying, including cyberbullying.” 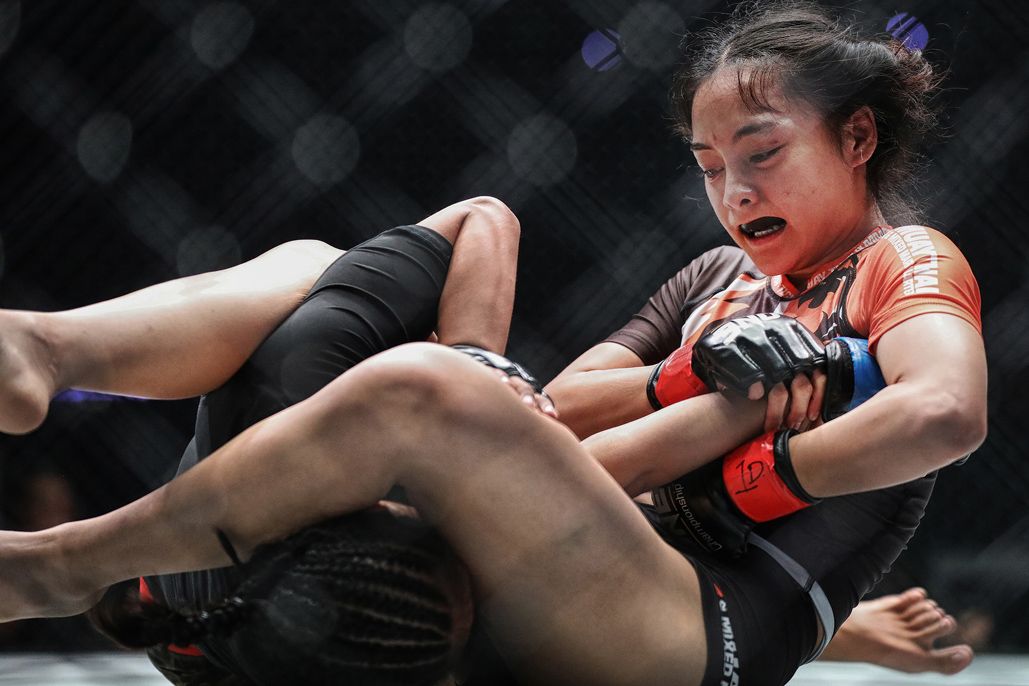 “Tinydoll” acknowledges that there may be some victims who are quite petite, just like her. That is why she suggests those individuals to learn, and master, “the gentle art.”

“Jiu-jitsu helped me a lot, both in my normal life and in matches,” she continues. “It is good for small people like me.”

Finally, Ishige has some words to the people who used to make her life a nightmare when she was a teenager in high school. She hopes they can help in the fight to end bullying, and help prevent it from happening in the next generation.

“Now we have become adults, and I think some have children. Please teach them to put yourself in someone else’s shoes. No one wants to be bullied.”