Rene “The Challenger” Catalan never imagined himself competing inside the cage. Ever.

The Manila, Philippines resident (2-2, 1 NC) was a longtime athlete on the national wushu team who was always more enamored with the prospect of guiding others to glory.

“I did not have plans to compete in the cage,” the 38-year-old admits. “I actually planned to coach all over the world.” Catalan followed his dreams, as he served as one of the primary coaches for the Canadian National Team, the Beijing Empire MMA club, and even his many brothers in their respective mixed martial arts pursuits.

However, following his international coaching experiences, he convinced his brothers to establish Catalan Fighting Systems in 2013, which naturally inclined him to compete professionally himself.

“We had already made history for the Philippines by winning multiple world championships in Muay Thai and wushu-sanda, and we even coached for the cage,” he says. “So, I said: ‘Let’s create our own brand with no managers. We will carry our own name, and not represent gyms that are just going to use us.’”

“The Challenger” initially made his professional debut in April 2013, right before he set up the gym. Initially, he had a rough go. He lost two of his first three matches, and another one was declared a No Contest. Despite the lackluster beginning, he never lost heart, and he knew exactly how to remedy the problem.

“I had been part of the national team for too long to know that I could still improve,” he claims.  “In my first three bouts, I ate a bit, slept a bit, taught a bit, and trained a bit. Any athlete or martial artist who teaches, works, and trains at the same time, will not improve. What I did to correct that was hire coaches who would help me train our guys, and at the same time, help me prepare for matches. “

The result was instant, as he earned his first win at ONE: UNBREAKABLE WARRIORS against Chinese prospect Zhang You Liang in September 2016. He followed that up with a submission victory four months later over promising Indonesian talent Adrian Matheis.

“My motivation was my age,” he explains. “I started my career late, and I am not getting any younger, but my goal is still to become the champion. I had to show that I still have what it takes.” 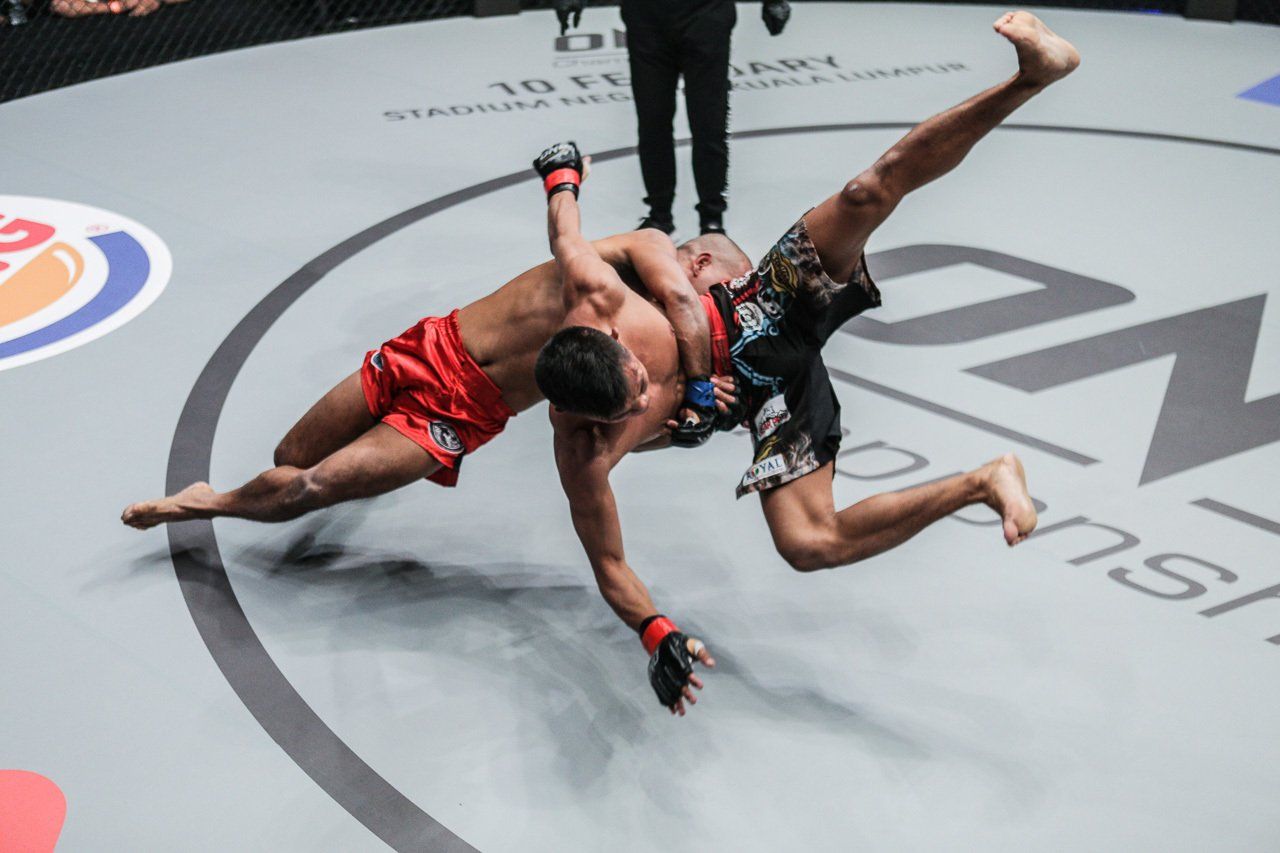 Catalan knows that stringing together impressive wins such as the one against Matheis could bring him closer to his goal of getting a shot at the ONE Strawweight World Title.

He will have the chance to extend his winning streak on Friday, 18 August against grappling prodigy Bu Huo You Ga (4-2) at ONE: QUEST FOR GREATNESS, which will be televised from the Stadium Negara in Kuala Lumpur, Malaysia.

Bu, a proud native of a hill tribe in West China, may be 25 years old, but he has been a full-time athlete since he was 13. He has a formidable base as a national Greco-Roman wrestling champion, and has built upon that by adding elements of wushu-sanda, jiu-jitsu, and traditional Chinese kung fu to his arsenal. Most notably, he is the ONE Hefei Flyweight Tournament Champion, and rides a three-bout win streak. While Catalan recognizes Bu’s potential, he believes his world-class veteran background in combat sports will provide an edge.

“I may not have much experience in the cage, but I do have a rich background in wushu-sanda and boxing,” he explains, proudly sharing that he was once boxing during the early career of one Mr. Manny Pacquiao.

“I am coming in with a game plan, much like my opponent. If I cannot take it one way, I am going to take it in another. My goal is to win. I carry with me the pride of the Filipino people. I will do whatever it takes to win.”

However, there is more to the situation on 18 August. One of Catalan’s younger brothers, Robin, will also be competing on the stacked card. Robin is facing multiple-time Lumpinee World Champion and former ONE Strawweight World Champion Dejdamrong Sor Amnuaysirichoke later in the evening. It will be the first time both family members are competing at the same event. “The Challenger” is pulling double duty. Not only does he have to focus on his own match, but he also has to deal with the stress of coaching his younger sibling to victory.

“There is pressure, definitely, both as a coach and as a competitor,” he admits. “As a coach, I am thinking about my athlete’s performances. And as a competitor, there is the pressure to win, and carrying Filipino pride on my shoulders.”

Surely, it is a unique predicament. But it also presents an opportunity to make some incredible memories. Even though he may have never imagined himself competing inside the cage, Catalan is now envisioning a scenario where both he and his brother advance their professional martial arts careers by becoming victorious at the same show.