Rene “The Challenger” Catalan had a rough start to his tenure in ONE Championship, but over the past year and a half, he has completely turned his career around.

The Filipino warrior is on a three-bout win streak, and will attempt to extend it to four on Saturday, 20 January. He is scheduled to meet China’s Peng Xue Wen in a strawweight affair at ONE: KINGS OF COURAGE, live from the Jakarta Convention Center in Indonesia.

For Catalan, this is another step in his evolution as a martial artist. He is a two-time wushu world champion, having won the honor in 2003 and 2005, and is hoping to keep up his win streak so he can become a two-sport world champion.

“My goal is to compete for the ONE Strawweight World Championship,” the 39-year-old admits. “I know before I get to that stage, I still have a lot of work ahead of me.” 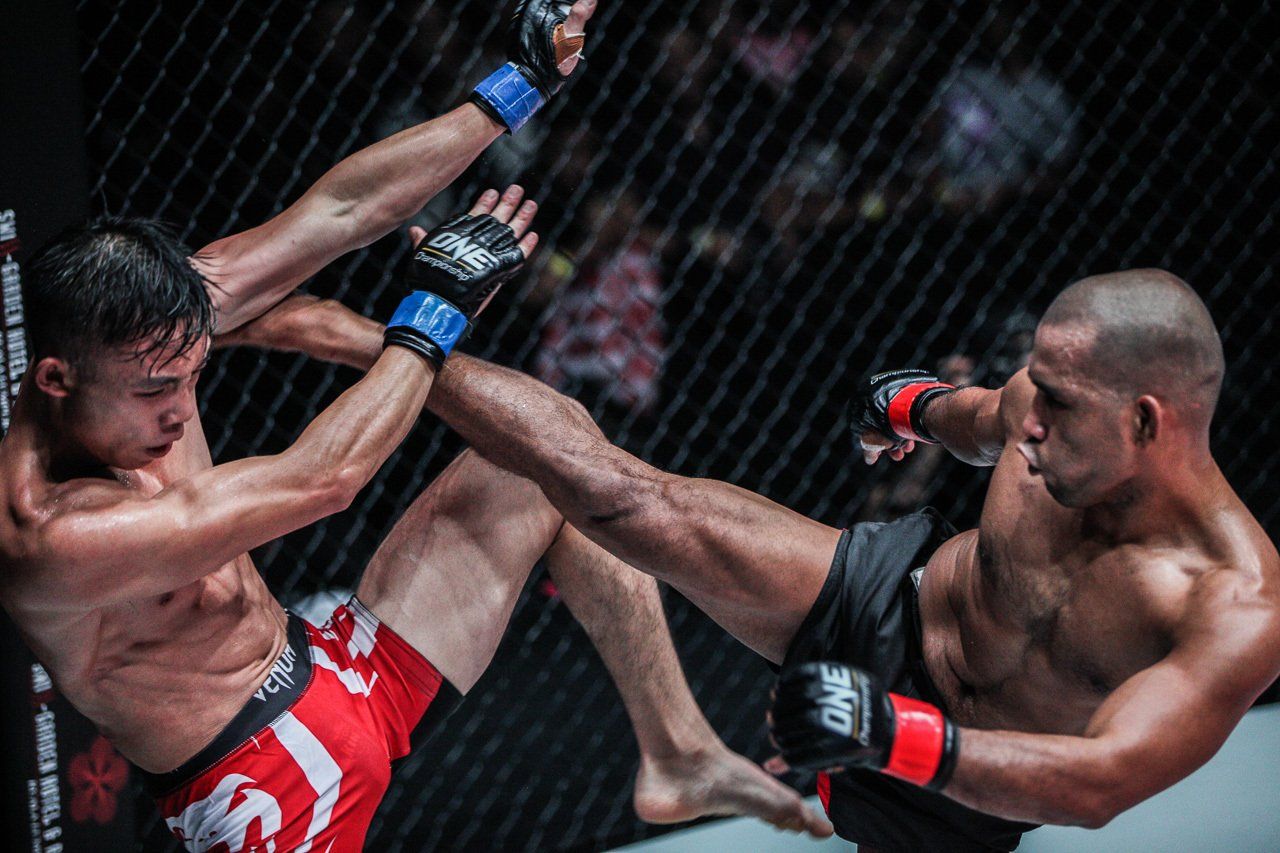 Catalan has always put in the work to turn his dreams into reality. As it stands, he is currently working on another dream, too.

Aside from his resurgent career inside the ONE cage, he is developing a new generation of Filipino martial artists at Catalan Fighting Systems, otherwise known as CFS.

Serving as the head coach for the likes of unbeaten strawweight phenomenon Jomary Torres and his younger brother Robin, Rene convinced his siblings to launch the Manila-based gym in 2013. There, they teach a variety of disciplines including wushu, sambo, and Muay Thai, as well as use the gym as their main training ground.

“I told them [my brothers] should establish our own team, where we would be the ones who will manage, and not be managed by others,” Catalan recollects. “When I established this gym, my goal was to elevate our family name, not just myself.” 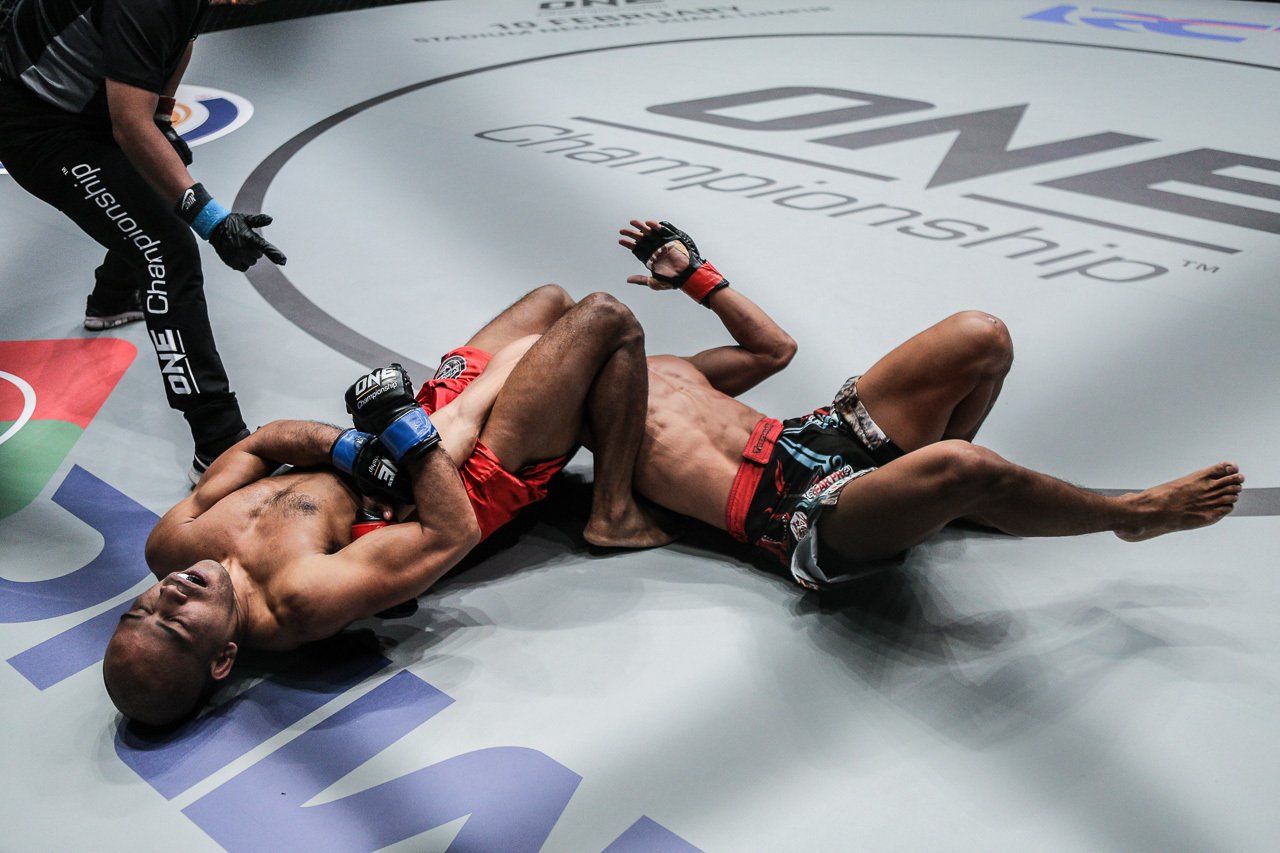 At first, the team shared their space with another group, and were restricted to training on Tuesdays, Thursdays, and Saturdays. In 2015, however, they moved into their own facility, and continued to experience massive growth.

Now approaching its fifth year of operation, CFS is still relatively young. That means Coach Rene, as he is called by his students, has to be hands-on with just about everything — ranging from the daily instruction to managing his athletes, and the gym’s, finances.

“For the past three years, I am the one who looked for sponsors, found food for our in-house athletes, paid for utilities and gym rent – I shoulder responsibility for everything,” he says. The shaven-scalped Catalan even went on to joke that his hair was turning white from all the stress.

While it would be easy for him to delegate teaching to other coaches or one of his more seasoned martial artists, he chooses to personally instruct those who enrol in his gym. 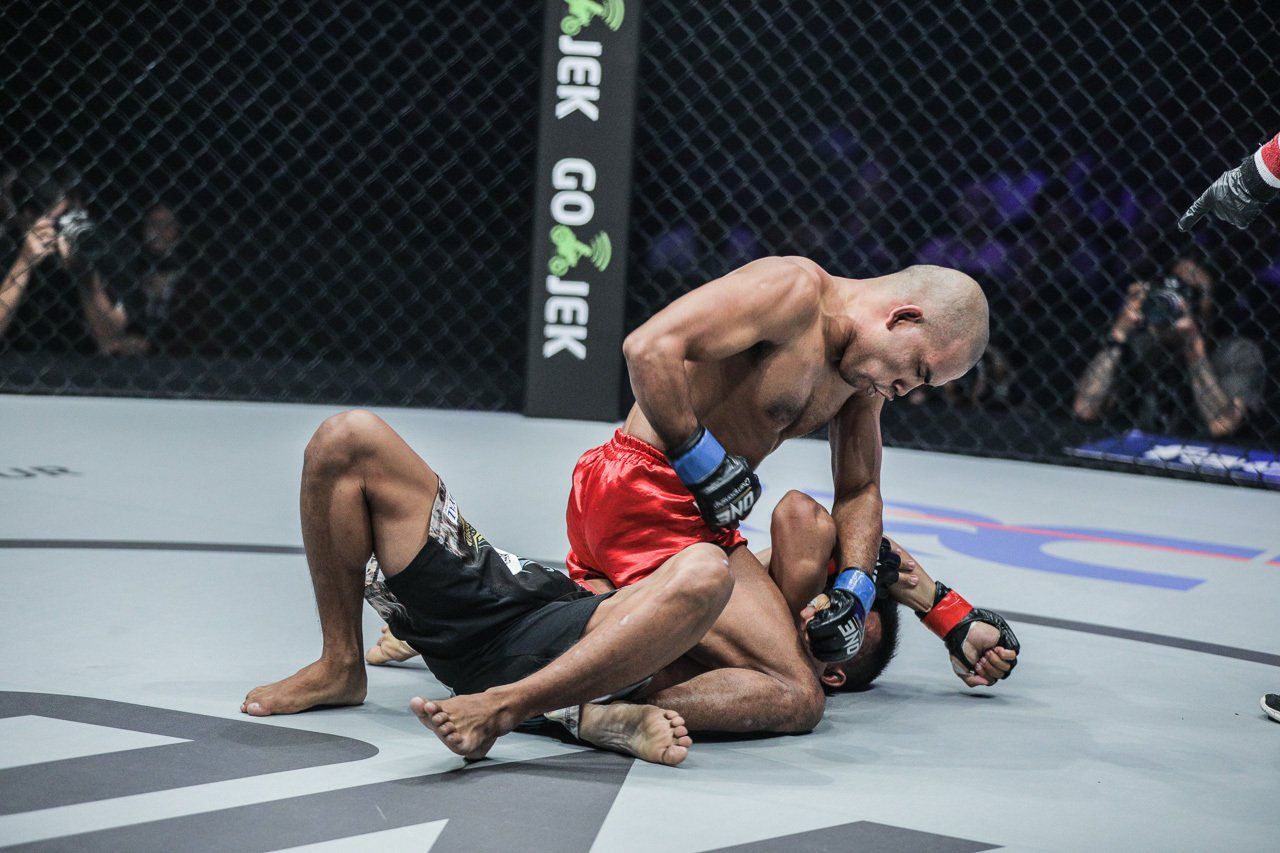 “The Challenger” does that because of one simple ideology.

“People do not come to our gym because of the state-of-the-art equipment, but rather because of the skills they can learn from the world-renowned Catalans,” he explains.

“I cannot just entrust them to my junior instructors, because this is what our gym offers that they cannot find anywhere else.”

Even with all the responsibilities of managing a popular gym, Catalan still regularly trains. “I do not want to lose, so I find ways to prepare myself for matches.” 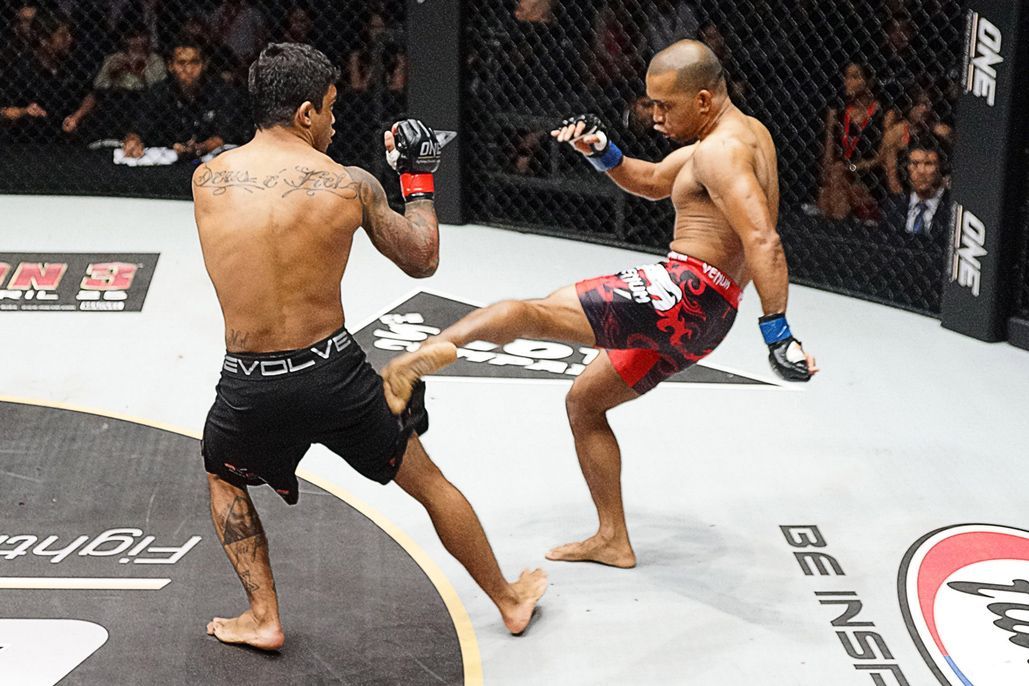 Despite a tough beginning in ONE, which saw him lose to now-reigning ONE Strawweight World Champion Alex “Little Rock” Silva in his professional debut, “The Challenger” has rallied back.

In the past year and a half, Catalan has strung together three consecutive wins, and will look to break into the upper echelon of the division when he meets Peng at ONE: KINGS OF COURAGE.

Peng is a 2014 Chinese National Youth Grecco Champion who made his promotional debut at ONE: LEGENDS OF THE WORLD last November. He leaned on his impeccable grappling to overwhelm Cambodia’s Phat Soda, before knocking him out with an awe-inspiring suplex halfway through the opening stanza.

Catalan is well aware of his opponent’s grappling expertise, and is diligently training to combat that and his explosive skill set. 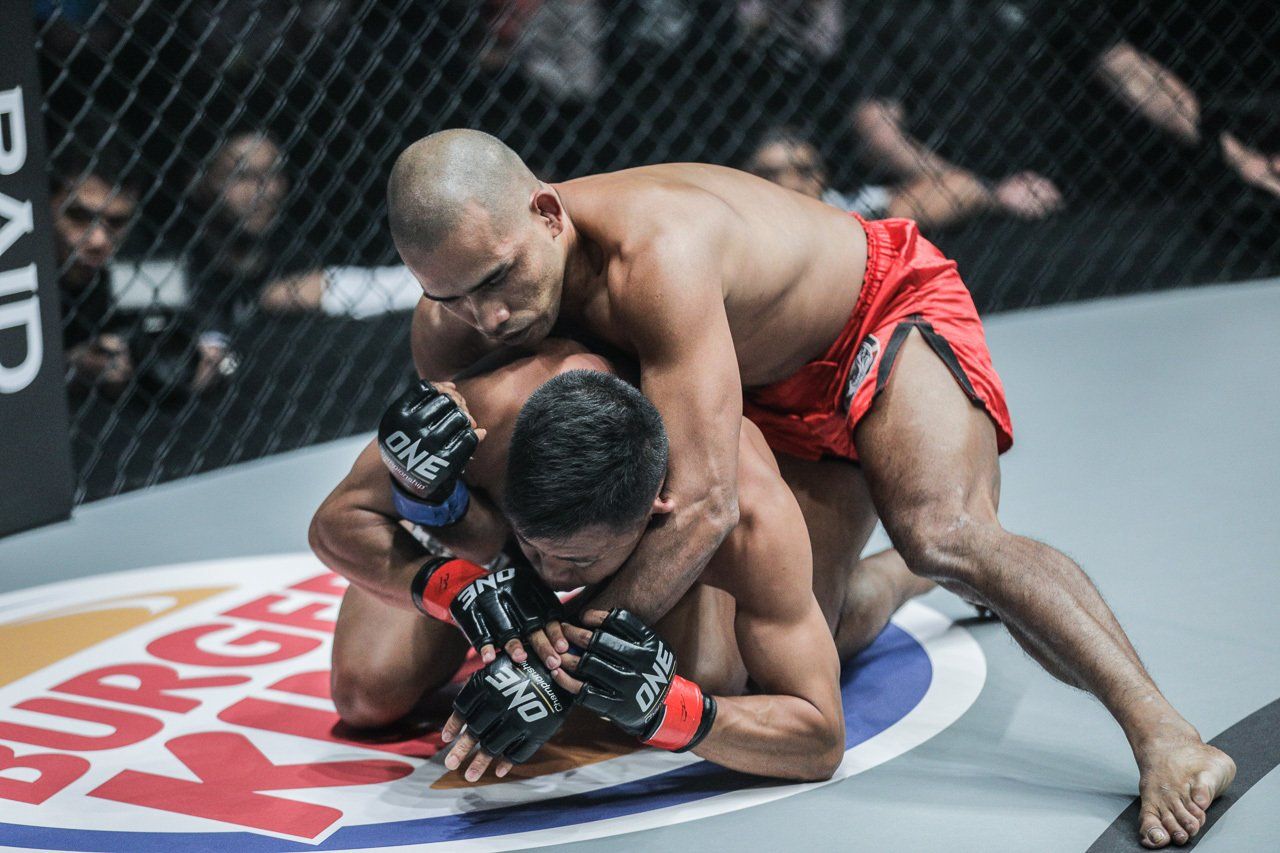 “I have a certain game plan, but I am prepared to defend against his wrestling,” the wushu striker offers.

“I am preparing a solid defense against him, but of course I am mixing in some offense as well. I am not sure if he will expect that I will add a twist to my game, but 80 percent of my preparation is in strength and conditioning.

“For this match, I think the strategy will flow once I am in the cage. I will just do my best to get the win, but also provide an exciting bout for the audience to enjoy.” 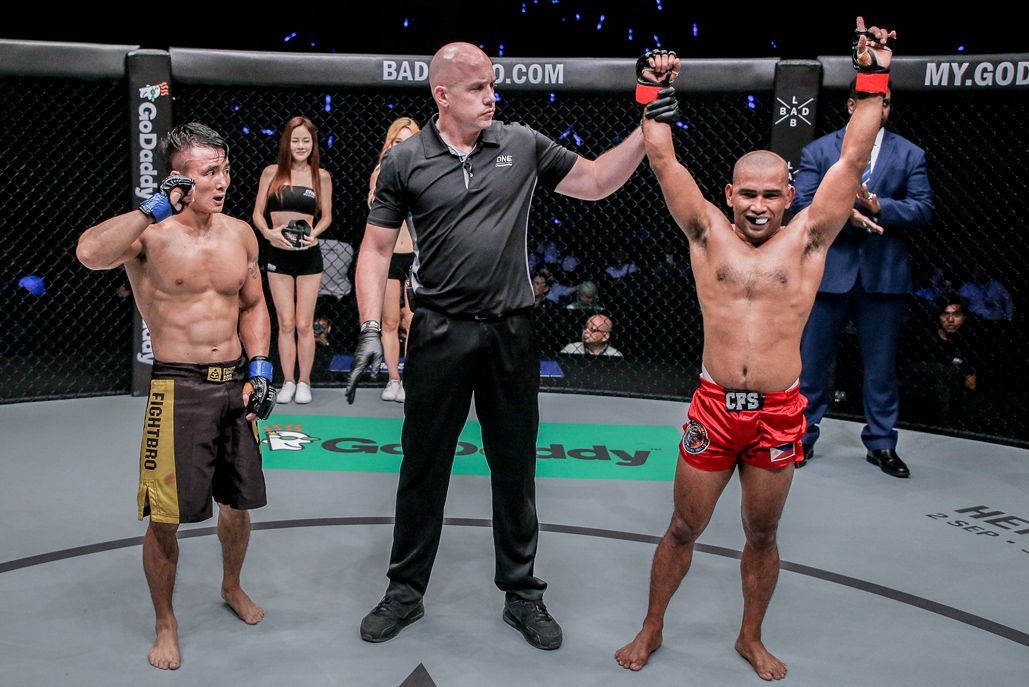 The Filipino may not be coaching any of his teammates on 20 January, but he is constantly pulling double duty.

He is competing to inch his way towards an eventual shot at the strawweight world title, and that, in itself, helped to make CFS one of the most revered gyms in the country.

If he keeps on winning, and producing winners, then he will undoubtedly turn his dreams into a reality, and make the Catalan name synonymous with the pinnacle of Philippine martial arts.