Reece “Lightning” McLaren feels he has cemented his status as ONE Championship’s top flyweight contender.

On Saturday, 7 July, he earned his third consecutive victory since he dropped down from the bantamweight division.

The Australian dynamo last  faced two-time DEEP Flyweight Champion Tatsumitsu “The Sweeper” Wada in a three-round affair at ONE: BATTLE FOR THE HEAVENS.

Although it was an extremely close, back-and-forth bout, McLaren defeated his Japanese rival via split decision.

“When they said split decision, I started to really think that I had been chipped again,” the 26-year-old says, just weeks removed from the tilt.

“I 100 percent thought I had the decision. I did not think it was a split at all. When you hear split, it does not make you feel too confident.” 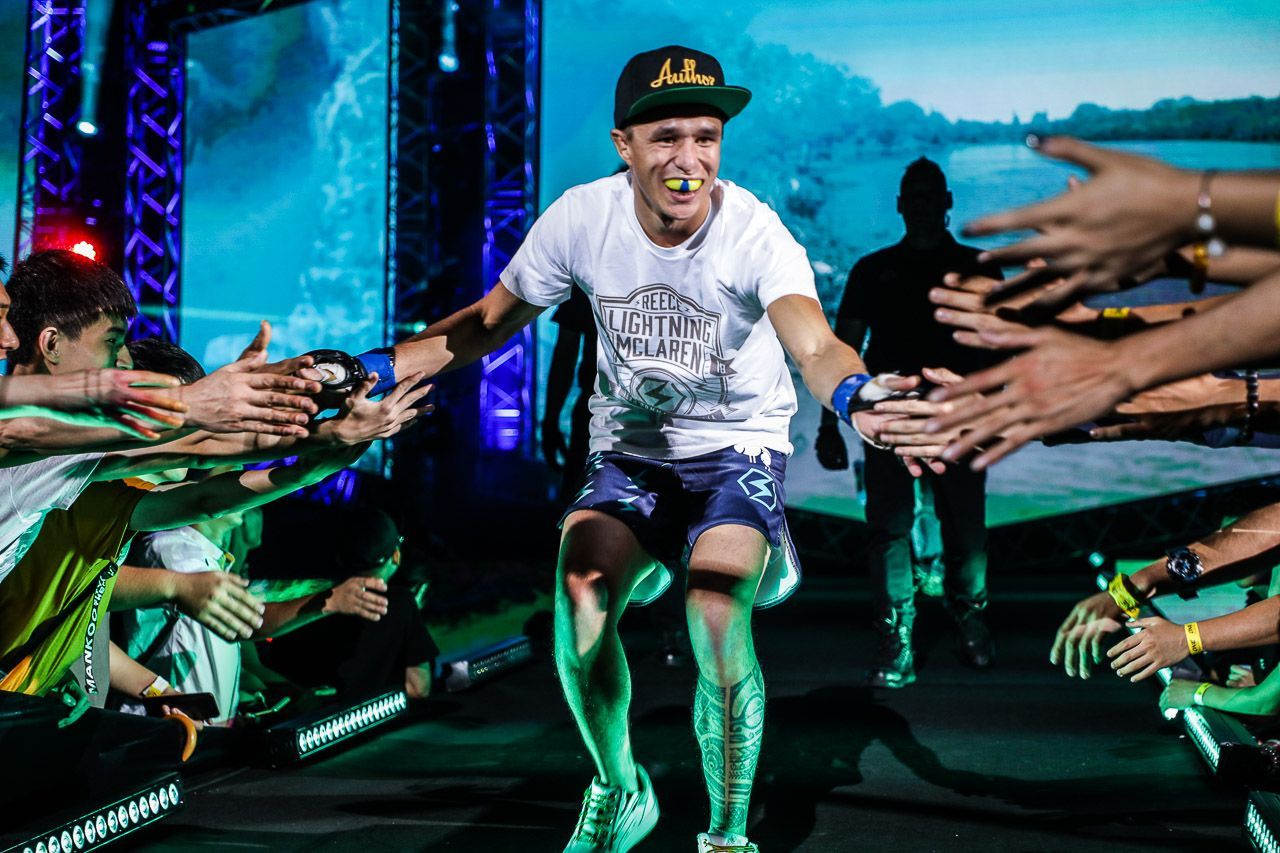 McLaren’s game plan was to bring his opponent to the mat and use his Brazilian jiu-jitsu mastery, but he experienced some unforeseen difficulties.

For instance, the bout was contested in a ring, which was foreign territory for “Lightning.” He is used to competing inside a cage, so the squared circle presented some intriguing challenges.

“We wanted to get the takedown, and get on top,” he explains. 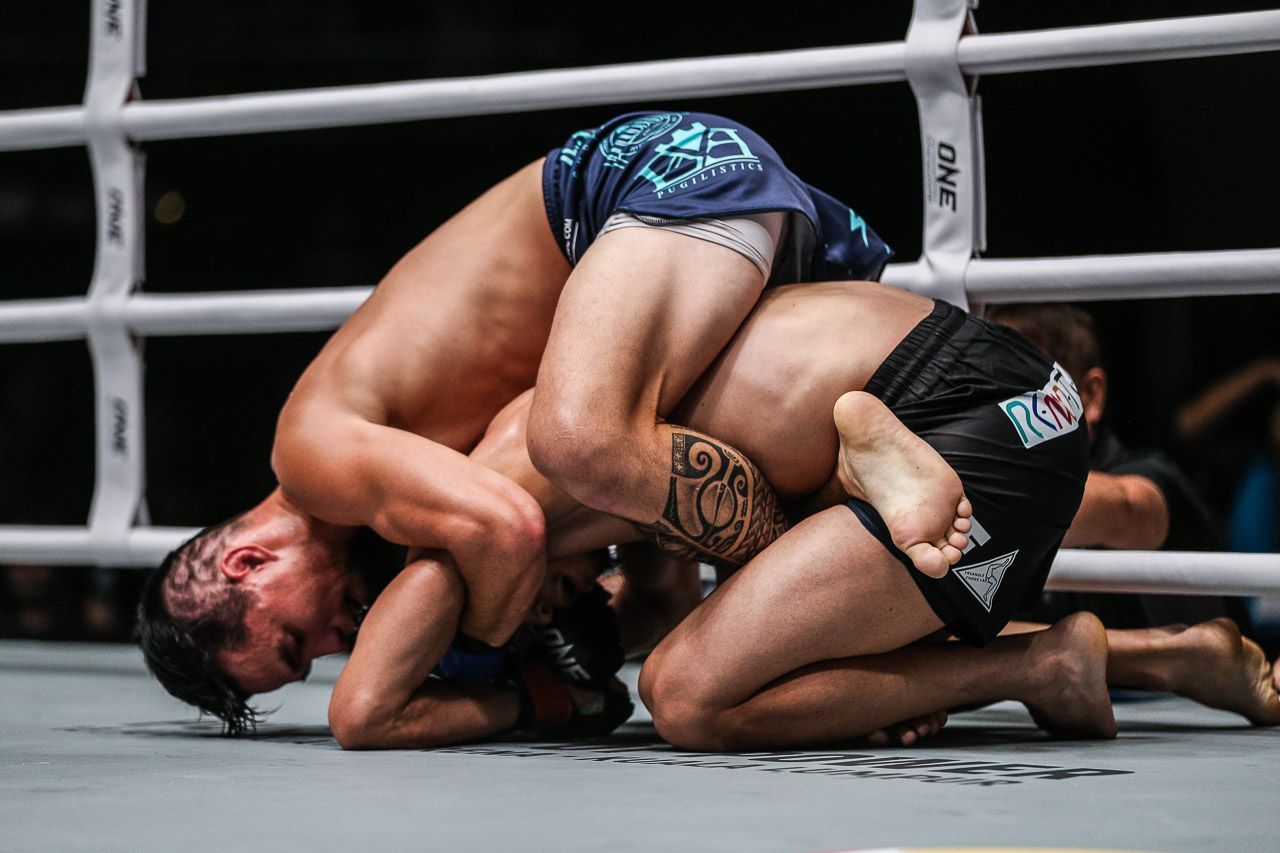 Still, McLaren was able to leave China’s Guangzhou Tianhe Gymnasium with the victory.

It is a particularly impressive feat, considering Wada entered the contest on an eight-bout win streak. In fact, the Japanese competitor had not lost a match since August 2014.

“I think it speaks volumes,” the Aussie says.

“It has made me a better fighter and a better person. It is just about capitalizing on it now, getting a good turnaround, and going again to see if I can reap some of the rewards of my victory.” 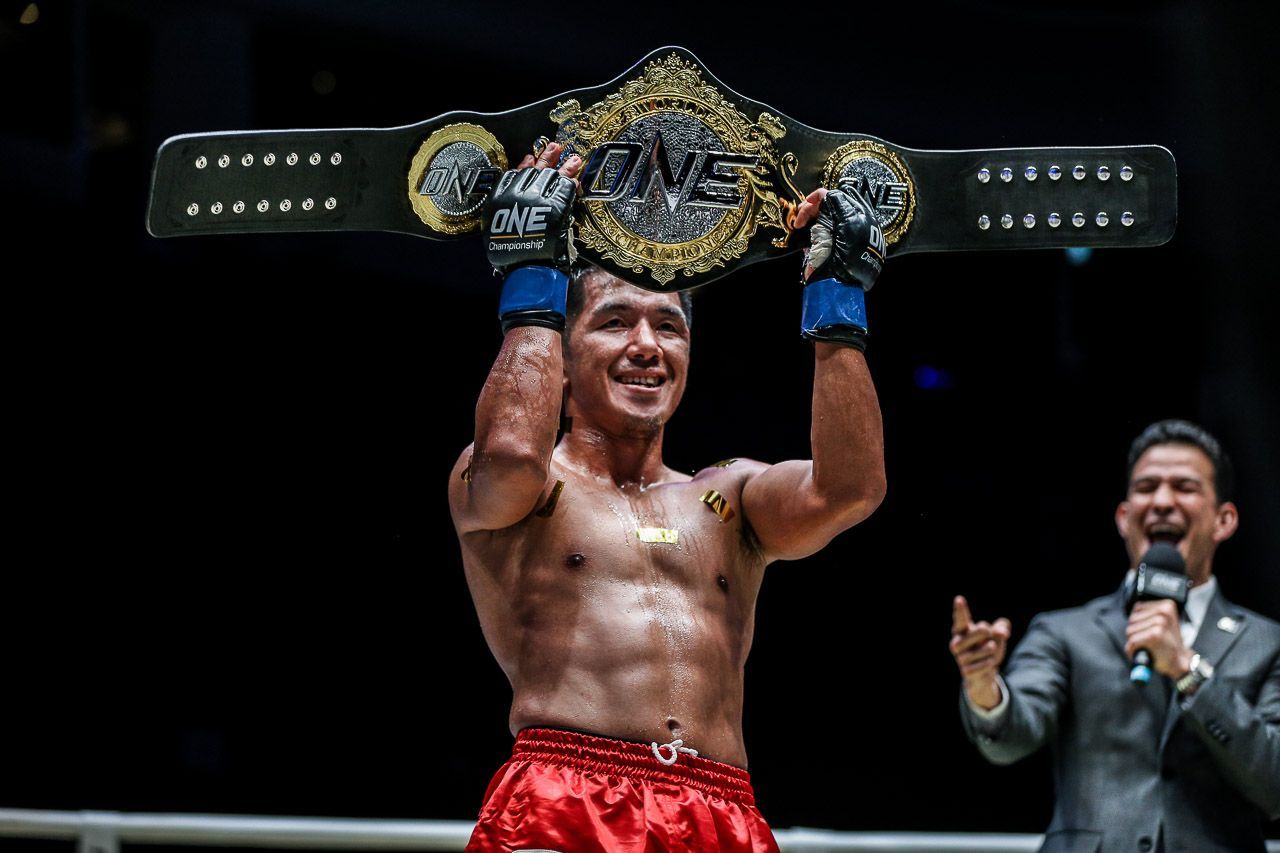 The next step in his mind is clear – compete for the ONE Flyweight World Title.

Geje “Gravity” Eustaquio happens to be the man in his crosshairs. In his most recent outing in June, the 29-year-old Filipino defeated Adriano Moraes in the main event of ONE: PURSUIT OF POWER to become the undisputed ONE Flyweight World Champion.

McLaren, who in March was promised a future title shot, is eager for his shot at the gold, and believes he should be the next in line to challenge Eustaquio for the belt.

“I hope it happens. I think it has to happen,” the Australian says.

“Eustaquio won quite decisively, I believe. He did way more than enough to earn the judges’ decision in his bout against Moraes. I do not think Moraes deserves an instant rematch.” 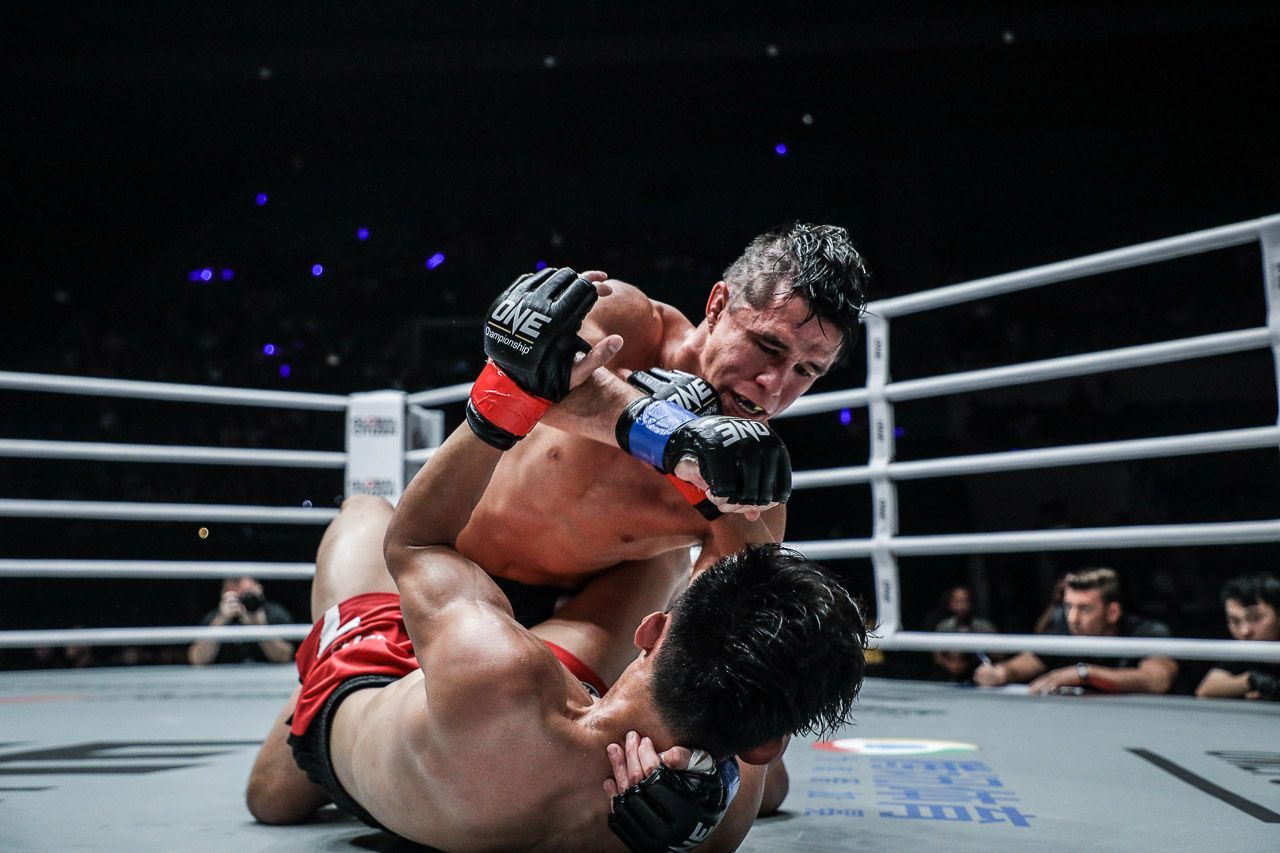 Should “Lightning” be the next person to challenge Eustaquio, it would be a classic grappler versus striker match-up, as McLaren’s Brazilian jiu-jitsu prowess would be paired against the champion’s wushu striking expertise.

Though both athletes have diverse skill sets, “Lightning” feels his strengths would be too much for the Baguio City athlete to handle.

“I am a bad match for him. I think my jiu-jitsu is better,” McLaren says. 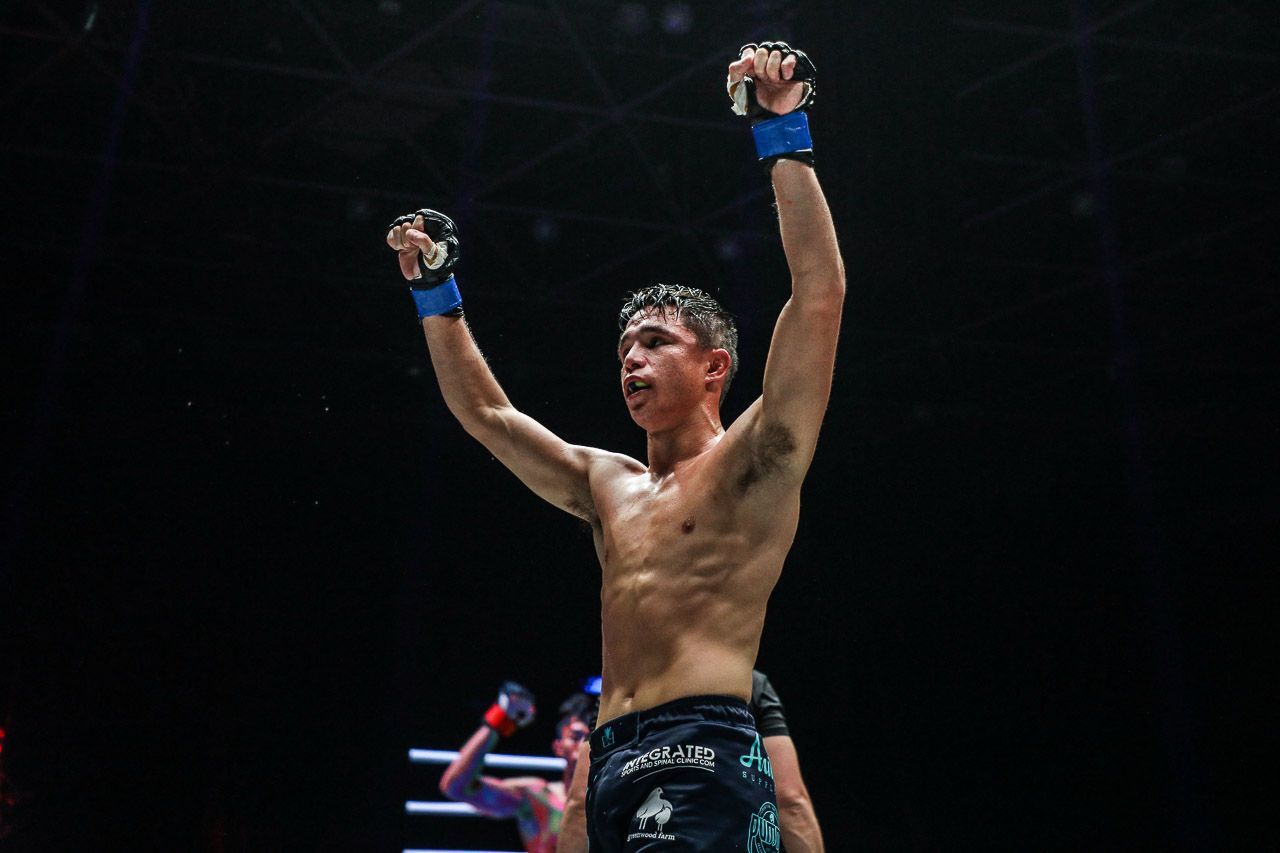 For McLaren, challenging “Gravity” for the gold at ONE: CONQUEST OF HEROES in Manila in late November would be a dream scenario.

However, as a true warrior, sitting around and waiting for the opportunity is not an option if that scenario does not come to fruition. If he is not inserted into the next ONE Flyweight World Title bout, he wants to remain active and face another top flyweight.

“I am not one to wait around for the opportunity,” McLaren says.