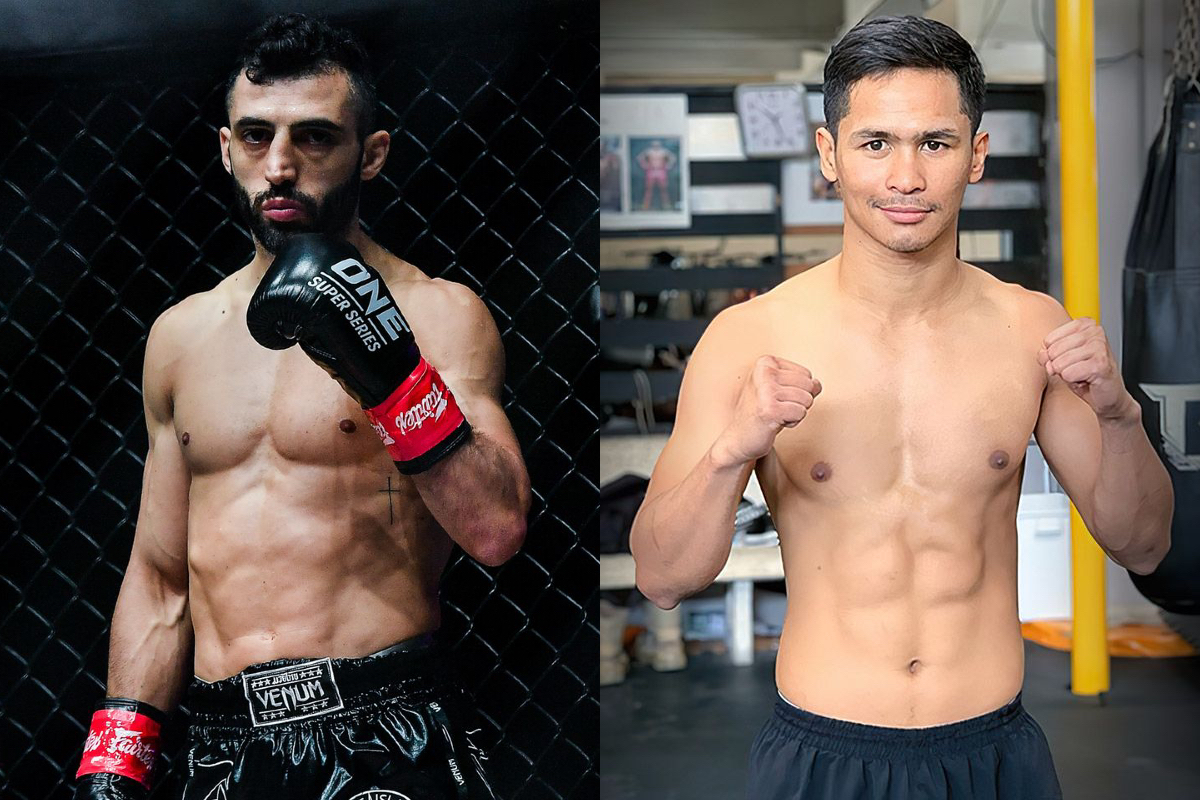 The two best featherweight kickboxers in the world will collide for the sport’s biggest prize at ONE: FIRST STRIKE.

Giorgio “The Doctor” Petrosyan and Superbon are all set to duke it out for the inaugural ONE Featherweight Kickboxing World Title at the all-striking event this Friday, 15 October.

Ahead of their main event showdown, here are four keys to victory for the featherweight superstars.

Petrosyan believes he has better boxing than Superbon, and that will be the biggest part of his offense.

The Armenian-Italian works best when he is just on the edge of his opponent’s punching range, where he can use his incredible reflexes and timing to evade danger and counter.

Against an orthodox fighter like Superbon, “The Doctor” loves to slip outside his opponent’s jab and then fire back.

He will have noted that both Marat Grigorian and Sitthichai “Killer Kid” Sitsongpeenong scored emphatic finishes over the #2-ranked contender with right hooks in the past, suggesting a frailty in his defense there.

That also happens to be one of Petrosyan’s most lethal punches, and his speed means he can slip and reply with it before the Thai’s jab has managed to get back to his chin.

However, if Superbon does manage to get his lead hand back in position to defend the initial counter, he then has to worry about the Milan resident’s equally punishing straight left that will inevitably come down the pipe behind it.

With “The Doctor” so confident at boxing range, Superbon should look to make the most of his excellent push kicks to keep his rival at bay.

The Bangkok resident’s lead teep is fast and accurate. If he can jam it into Petrosyan’s body or legs as he tries to close the distance, it will make the Armenian-Italian think twice about stepping in with punches.

Superbon’s right push kick is another powerful tool. He has impeccable timing and often sends his opponents to the deck when he uses it as they load up on kicks.

With both push kicks so effective, “The Doctor” will need to work his way around them – and that could lead him right into one of Superbon’s traps.

The Thai star likes to fake the push kick and then fire off punches when his opponents go to catch the leg. He also likes to step through with round kicks as his rivals anticipate a strike through the middle.

Anybody who stands across from Petrosyan has to worry about his hands, but this comes at a price.

Once they start to raise their guard to block the famous right hook-left cross combination, they tend to leave a route through to the body for his crunching left knee.

“The Doctor” is a master at cutting his opponents off and forcing them back toward the ropes or Circle Wall. When he has them hemmed in, he closes the distance behind his punches and drills his knee to the body when they can’t move out of the way.

Superbon also has a tendency to slip the straight left, and if he leans outside of the punch to evade it, his weight will be moving into the oncoming body shot, doubling its impact.

If the Thai does see the shot coming and finds a way out, the Armenian-Italian legend can simply extend his leg to try to catch him with the kick.

If Superbon can force the fight at a slightly longer range, then he would have the advantage going kick for kick.

The Thai has powerful strikes from both legs, and he has shown that he can attack and counter on either side against a southpaw foe.

When he defeated Sitthichai to earn the World Title shot, he never let his countryman’s left kicks go without reply and constantly fired back with his thudding right shin.

Once Petrosyan feels its effects and reacts, Superbon has the fight IQ to feint, step in, and throw his punches and knees.

The 31-year-old’s left kick is also effective and will make sure that “The Doctor” has to keep all of his defensive options open, rather than focus on blocking one side.

The main factor will be whether Superbon strings his strikes together at a higher volume. Single strikes won’t be enough, but if he can strike, feint, and counter to keep the GOAT guessing, he will find more openings for his strong kicks to land.