Soccer (or football) is the biggest global sport, and many of ONE Championship’s martial artists are lifelong fans of “the beautiful game.”

Like all sports, soccer leagues around the world have been affected by the COVID-19 pandemic, with games postponed or even canceled for the safety of athletes, staff, and fans.

Sadly, some seasons have been canceled completely for 2019-2020, but others are starting to return – much to the delight of the soccer-mad athletes in The Home Of Martial Arts.

Many of the most popular leagues are hosted in Europe, and those competitions are primed to get back on track soon. Germany’s Bundesliga is already underway, Spain’s La Liga will return on 11 June, the English Premier League is set to kick-start on 17 June, and Italy’s Serie A will resume on 20 June.

Below, hear from the martial arts superstars who are passionate about the game as they share their excitement for its impending return.

On the current virus situation and on this Valentines day, Singaporean let's be united and play a part in keeping our hygiene up and ensure the virus is in containment. Lets not just protect our loved ones but be considerate on our supplies and people around us. Keep exercising and stay immune people ! . . . #onechampionship #neuefit #gshock #dcmouthguards #armadafightstore #apaxperformance #phukettopteam #newbalancesg #supportlocal #sgsports #singapore #sg #fitness #apparel #mma #muaythai #bjj #gi #nogi #sports #life #lifestyle #gym #train #work #onefc #fighterslife #inspire

“I support Liverpool FC. They are one of the biggest clubs in the world and one of the top in the English Premier League. The fan base is huge and we are the current UEFA Champions League champions, so I’m a very proud fan.

“I started to really watch them seriously in the Rafael Benitez era. During that time, they had the best midfield and striker pairing in the world. The 2007 comeback against AC Milan – after being down 3-0 in the first half – to win the Champions League is pure inspiration.

“Honestly, I can’t wait [for the EPL to start up again]! I wanted to see Liverpool lift the EPL title. I’m sure they will do their best to ensure that there are safety measures in place for everyone. We are just lucky that as fans we are still able to watch our team play no matter where we are.”

“My favorite teams are Real Madrid and FC Barcelona. I have been a fan of them for about 15 years. When I train martial arts, I wear the uniforms of the teams.

“I check the digest of La Liga (the top division in Spanish football) every week on TV. Of course, when El Clásico (the match between fierce rivals FC Barcelona and Real Madrid) happens, I watch it, even if it’s late night.”

“I have rarely watched soccer since I started martial arts, but when I was an elementary school kid watching J-League [in Japan], I was a fan of Kashima Antlers. They used to have players like Alcindo Sartori, Leonardo Araújo, and Zico. I had the uniform back then.

“Now, I don’t watch soccer that much, but I follow the news of some players I am interested in, such as Takefusa Kubo (Japan national team star, currently playing for RCD Mallorca in La Liga).”

“I support Clube de Regatas do Flamengo [in Rio de Janeiro, Brazil]. I also like Barcelona, Real Madrid, and Manchester City. After the coronavirus outbreak, I really hope I can watch them play very soon as the leagues have not started yet.” 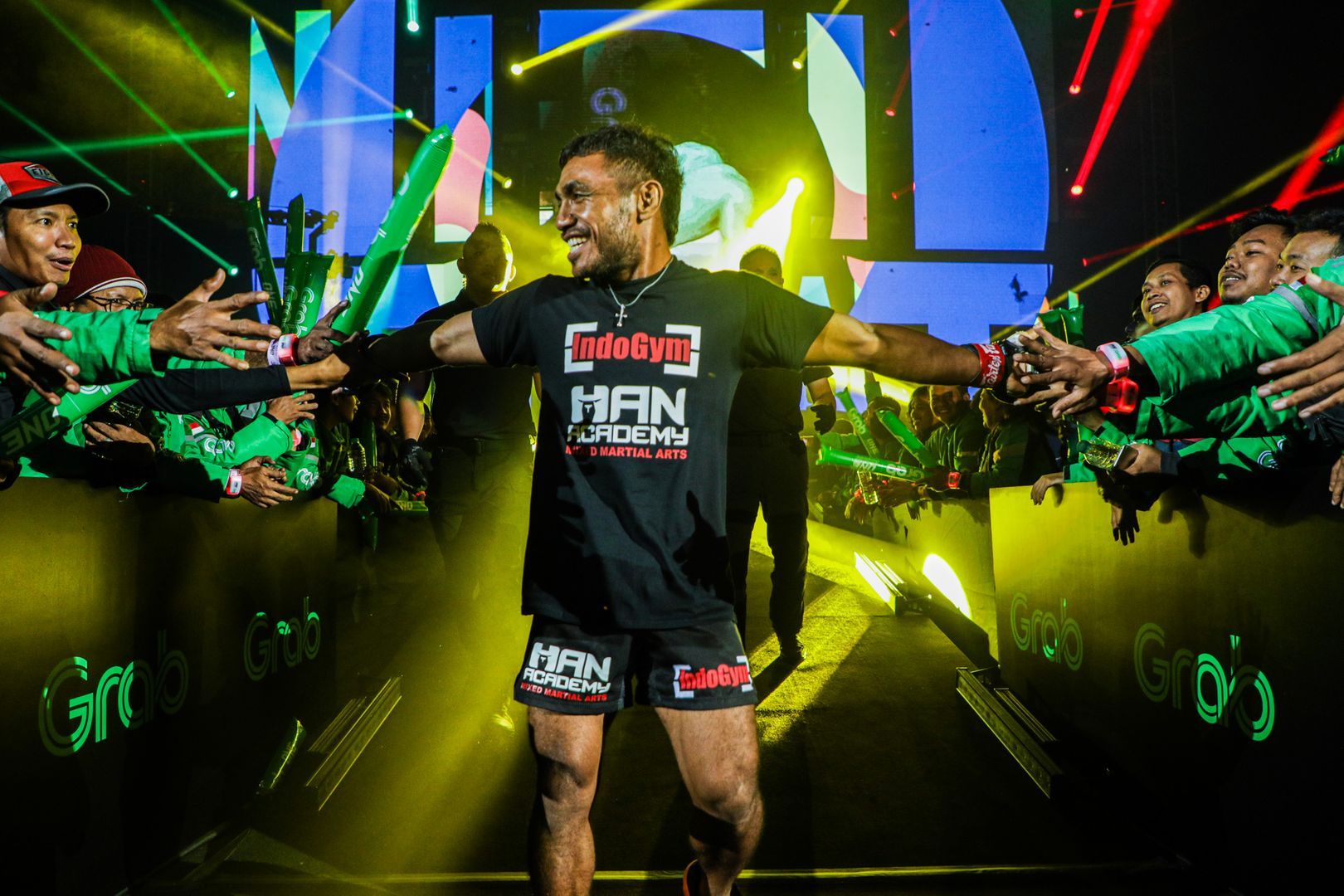 “I like Persija Jakarta. I think they always have a good squad. Besides, they get more exposure [compared to other Indonesian teams], so their matches are often broadcast on TV. But the player I like is Boaz Solossa [from Persipura Jayapura]. I like his playing style.

“[For foreign teams], I like Manchester United and [Cristiano] Ronaldo [of Juventus]. I keep following him, even though he is no longer playing for United. I can only hope that the leagues will resume soon, so we can watch them play again. After all, football is one of the most liked sports.”