Global Citizen ambassadors Agilan "Alligator" Thani and Ann "Athena" Osman visit the street children of Sekolah Bimbingan Jalinan Kasih, inspiring them to pursue their education and dreams for a better future. Join the movement at globalcitizen.org/one.

Global Citizen ambassadors Agilan "Alligator" Thani and Ann "Athena" Osman visit the street children of Sekolah Bimbingan Jalinan Kasih, inspiring them to pursue their education and dreams for a better future. Join the movement at globalcitizen.org/one.

Posted by ONE Championship on Saturday, March 10, 2018

SBJK is a unique school which caters to homeless and underprivileged children. In addition to providing free education, the Kuala Lumpur-based institution also provides its students with three meals a day, as well as books and supplies.

There, the Malaysian heroes continued ONE Championship and Global Citizen’s combined efforts to eradicate extreme poverty by 2030 through education. 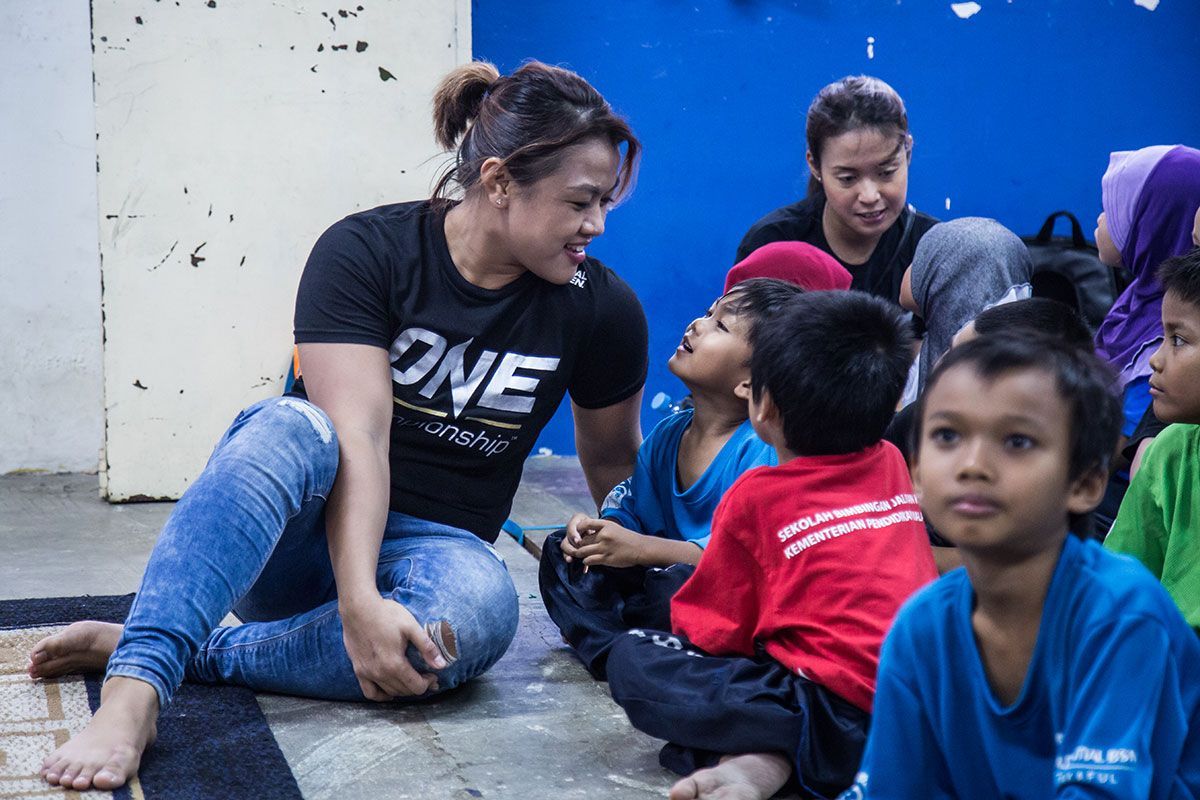 “I believe that education is a great pillar to actually reaching that goal to eradicate extreme poverty,” Osman explains. “I think that just being here itself has really created an impact. I can see the light in their eyes, and see that they feel that they’re being loved.”

Both Osman and Thani met with 60 kids, ranging from ages 3 to 16, and inspired them with their respective life stories of perseverance.

“Athena” spent time playing games with the younger children and holding boxing mitts for them, while the welterweight contender took the older kids through confidence building exercises. He also helped improve their communication skills by having the kids share their own stories and dreams.

The two martial artists ended the day with an open forum, where 15 of the school’s older attendees could ask the duo anything they wanted. 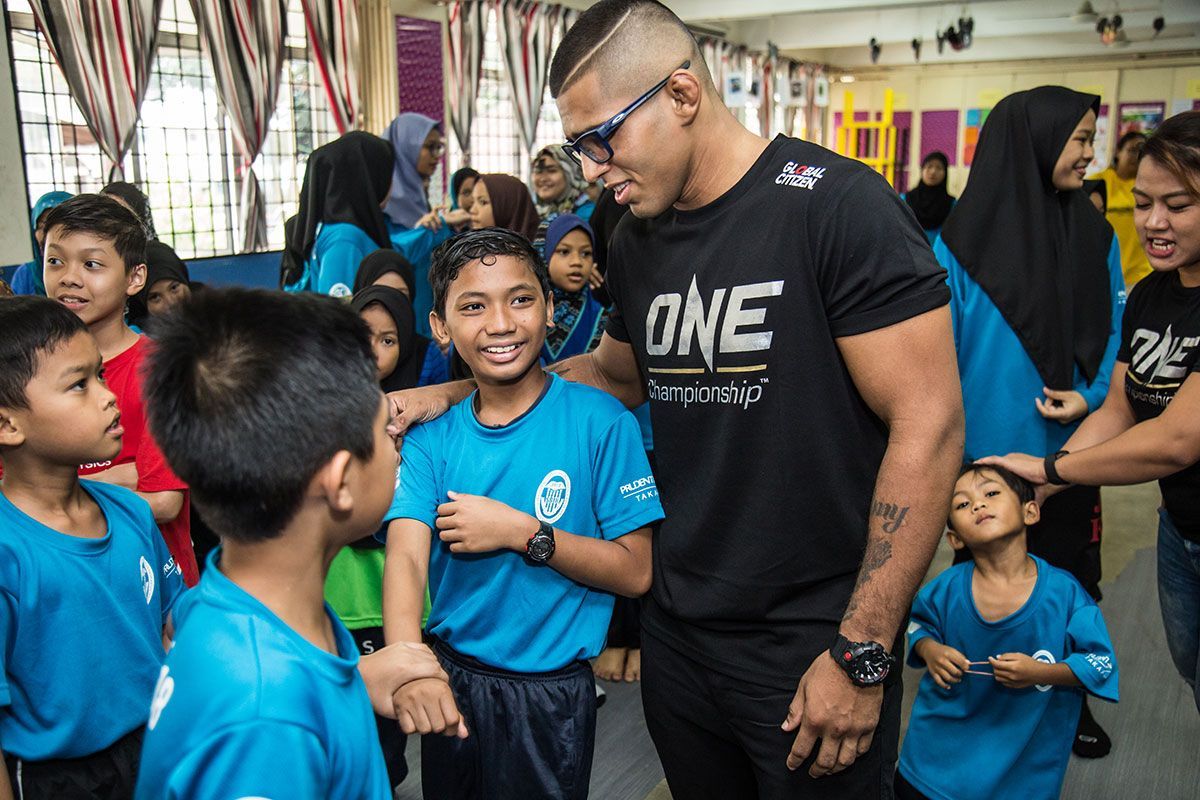 For “Alligator,” he stresses the importance of keeping the students motivated, as he believes that is crucial in creating a better tomorrow.

“There are a lot of people in need of help, and that is the reason we need organizations like Global Citizen to help our children,” he explains. “At some point in time we will always lose hope. That’s the moment when people like us come in and push these kids back to where they belong. They can do more than they think.”

“I really hope that it inspired them, and sends them a message that they can be whoever they want to be, as long as they believe in themselves. 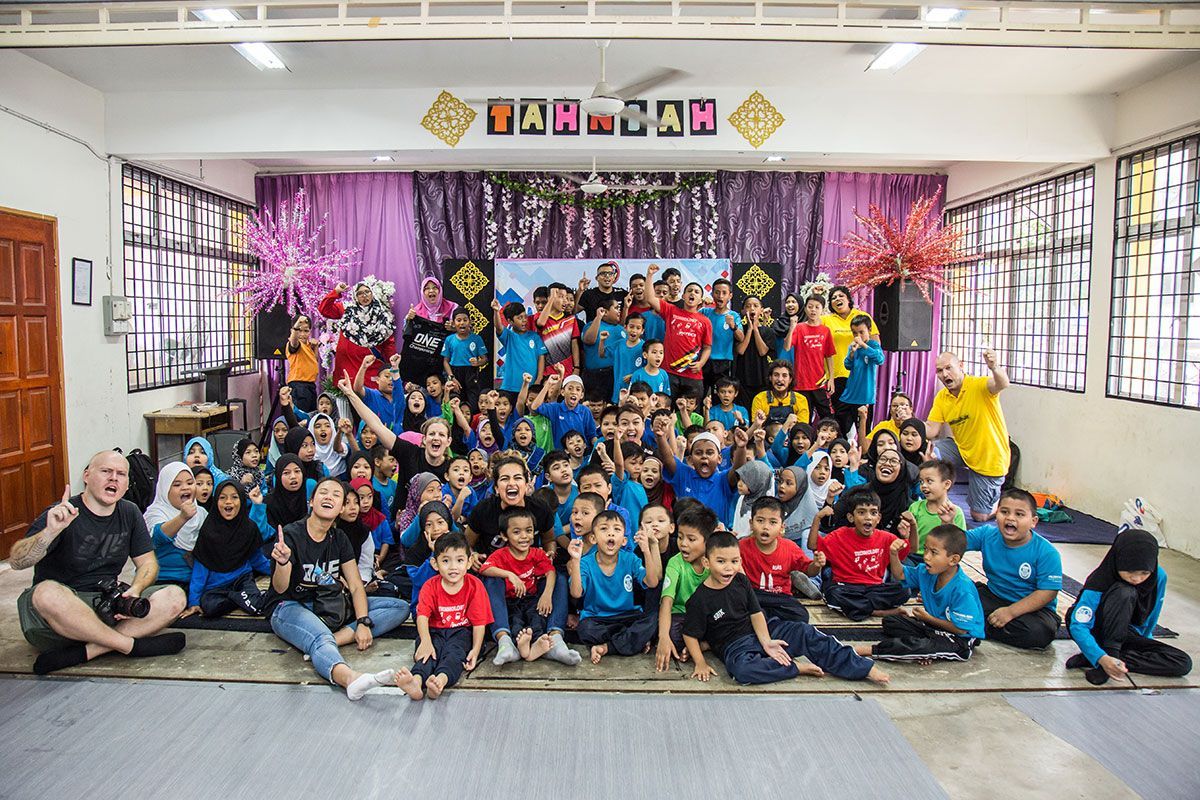 The visit to Sekolah Bimbingan Jalinan Kasih was part of ONE Championship and Global Citizen’s groundbreaking joint efforts to eradicate extreme poverty in the world by 2030.

Announced to the world on 22 January, the worldwide partnership between ONE Championship and Global Citizen aims to utilize ONE Championship’s extensive fanbase across Asia to take action, and make a difference in the world by tackling pressing global issues such as education, food & hunger, health, and gender equality.

As part of this initiative, ambassadors such as Thani and Osman will be playing an active role in encouraging their fans to sign up as Global Citizens, and add their voices to the call for aid to support the Global Partnership for Education (GPE) at https://www.globalcitizen.org/one.