“No.1” Nguyen Tran Duy Nhat has made his name as one of the most talented competitors in Vietnam, and he will lead his country’s charge at ONE: IMMORTAL TRIUMPH.

Next Friday, 6 September, ONE Championship visit Ho Chi Minh City for the first time, and this hometown hero will be one of the stars of the show in a flyweight Muay Thai battle against Azwan Che Wil.

Before Duy Nhat steps out in Phu Tho Indoor Stadium to roars from his compatriots, the 30-year-old reveals how an upbringing as part of a martial arts dynasty laid the foundations for him to take a starring role at a historic event in his homeland.

Duy Nhat was born in the city of Nha Trang and then raised in Lam Dong with his older sister and two younger brothers.

He is descended from a martial arts master that founded the Vietnamese discipline of Tan Gia Quyen, so martial arts is in his blood, and he began to practice when he was just 3 years old.

Regular training gave him discipline as a child, but he was also passionate about his time in the gym.

“Martial arts have been our family tradition for four generations. Because of that, we opened our own martial arts dojo,” the 30-year-old explains.

“Because my family has a tradition of martial arts, I loved it and wanted to spend my life doing martial arts.”

Duy Nhat started to compete when he was 14, and the success he had in junior tournaments convinced him that he was destined for a successful professional career.

The Art Of Eight Limbs

In 2007, Duy Nhat left his hometown to study in Ho Chi Minh City, which is where he discovered Muay Thai.

Though it was a departure from his family’s martial arts heritage, his parents did not hesitate to get behind their son and support him.

“I felt that Muay Thai was similar to the martial art that my mom and dad used to fight in the ring, so I decided to learn Muay Thai.

“My family lives and breathes martial arts, so they are really understanding and supportive.”

“No.1” also wanted to practice “the art of eight limbs” because of the opportunities he would have to compete internationally. As a member of Ho Chi Minh City Muay Team, he achieved fame in his homeland by winning a silver medal at the 2009 Asian Indoor And Martial Arts Games in Thailand.

He also captured medals at the 2009 and 2013 SEA Games, as well as five WMF World Titles to establish himself as one of Vietnam’s favorite sporting sons.

Life in the ring is not an easy one, and Duy Nhat admits he has suffered through hard times to achieve as much as he has done.

“Being a martial artist required a lot of hard work,” he says.

One of his most serious injuries came in 2012 when he fractured his elbow, which prevented him from competing for some time.

However, the flyweight athlete refused to let that stop him from being involved in the sport he loved. Instead of resting, he used his time to coach the next generation of competitors.

Duy Nhat is passionate about passing on his knowledge to young athletes, and he has imagined a time when that will be his main focus.

“I will become a trainer when I’m no longer able to fight full time. I want to continue to find young talent and help them become the next world-class martial artists,” he says.

Duy Nhat is beloved in Vietnam for his accomplishments, and now he will star in the biggest martial arts showcase to ever take place in the country as ONE arrives in his hometown.

The 30-year-old hopes his match with Azwan will begin a long run in high-profile bouts against the planet’s toughest warriors.

“I’m proud of myself – I get to fight on the same stage as other world-class martial artists,” he says.

“I want to fight in ONE Championship because ONE has a roster of very talented fighters. My idol is Giorgio Petrosyan, and I want to test my skill with international fighters.

“Also, ONE Championship always takes care of its athletes – they don’t have to worry about anything when fighting with ONE.”

Most of all, he is looking forward to putting on a show for his home crowd and opening the door for more of his compatriots to succeed on the global stage for martial arts.

“Whether the fight is big or small, I will always do my best. When I represent Vietnam, I will win for my country,” he adds.

“I hope that ONE will create more opportunity for talented Vietnamese martial artists to join this stage.” 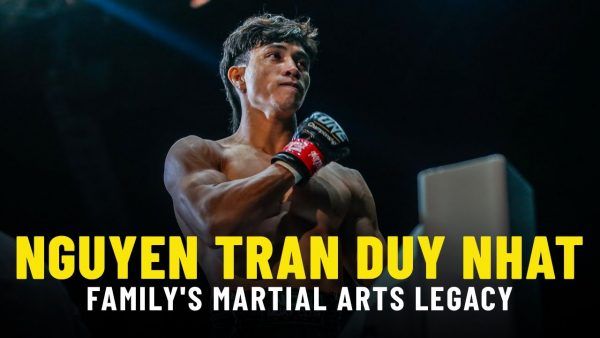