Michael Walker is separating himself from the other prospects in Rich Franklin’s ONE Warrior Series.

The unbeaten American bantamweight, who represents Westside MMA, already has a pair of victories in the season finales of the documentary show, and he is currently preparing in Malaysia for his next opportunity to impress with his talent.

As the 20-year-old continues training and refining his skills, learn more about this rising star who has been training to reach the top since he was a teenager.

Growing up in North Carolina, USA, Walker was a sports enthusiast. When he first discovered mixed martial arts at the age of 13, he was instantly hooked, and directed all of his focus towards it.

“I had older brothers, and one of their friends was into it,” the American says.

“We all kind of hung around together. He kind of introduced me to it, and I fell in love with it right away.

“All the other sports I played, like basketball, just fell to the side, and I focused on mixed martial arts since I was 13. In my first class, I learned how to throw a punch, how to do a takedown, and how to do a submission.”

While the popularity of mixed martial arts has exploded globally over the past decade, it is still more common for children to get involved with a single martial arts disciple rather combining them all on their first day.

Walker was not interested in just one discipline – he wanted to do it all.

“I feel like it gave me a better grasp of the sport,” he explains.

“I do not have any bad habits from other sports – wrestlers give up their back, jiu-jitsu guys get punched in the face a lot. I feel like I have a well-rounded game because I started off doing everything.” 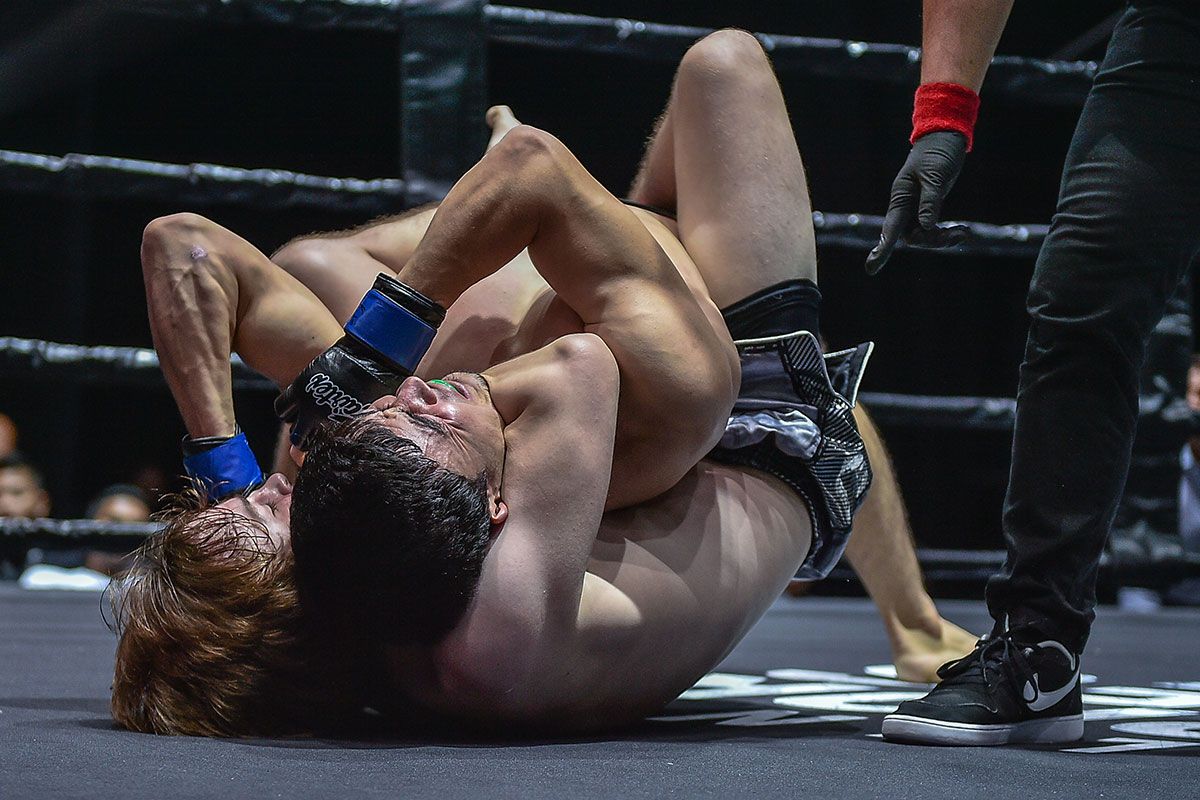 Walker immediately started competing in small BJJ tournaments when he was 13, and won a few of them, too.

Though he was old enough to enter grappling competitions, he was still too young to participate in a state-sanctioned mixed martial arts bout. The minimum age for that was 18.

Fortunately, that changed when his mother relocated the family from North Carolina to Arkansas two years later.

”I moved to Arkansas when I was 15 years old, and you can fight at 16 years old in Arkansas,” he reveals. “I made my debut at 16. I knew I wanted to fight, but I was just waiting for the day until I could do it legally.”

While most teenagers are thinking about getting their driver’s license or contemplating what college they might attend, all Walker wanted to do was compete in the cage.

Soon after his birthday had passed, he made his debut, and suffered a devastating setback.

“After my first fight at 16, I threw my shoulder out of its socket in the first minute of the third round. I ended up having to fight through that,” Walker recalls.

“I won by unanimous decision, but I had to get surgery on my shoulder, and I did not end up having another fight until about a year after that. It really messed me up, for sure.”

Help Was On The Way

Walker had a lot to deal with – both physically, and emotionally – as a teenager.

He was sidelined with an injury for a year, and barely made any income from coaching at a local Muay Thai and jiu-jitsu gym. That put his aspirations of a mixed martial arts career in jeopardy.

“I was not making a lot of money, so I never thought I would make a career out of pro fighting,” he admits.

Unfortunately, his backup plan went out of the window, too.

“I wanted to finish high school and have a career in the military, but I got into some trouble, and I got suspended from school,” he adds.

Walker dropped out, started teaching jiu-jitsu more, and, once he was healed from his injury, recommitted to his mixed martial arts pursuits.

His career as an amateur started to flourish, and he credits his family – especially his mother – for his success.

“In America, my mom and my grandparents never missed a fight. I had 10 amateur fights, and they were there for every one. They were always there supporting me.

“Without their support, there is no way I could have been able to afford training at the time. Without them, I would not be in the sport.”

Chasing The Dream In Asia

Outstanding performances from the promising prospects at ONE Warrior Series 2!

Outstanding performances from the promising prospects at ONE Warrior Series 2!Catch all 15 action-packed bouts on the ONE Super App! ???? http://bit.ly/ONESuperApp

Walker was still a teenager instructing at that same gym in Arkansas, when one of his students told him he was relocating to Malaysia.

Also, the student mentioned there may be an opportunity for Walker, too.

Intrigued, Walker found out more, and then made the decision to move across the world to chase his dream.

“He ended up introducing me to his manager, and they were talking to me about coaching opportunities, and then moving out here to fight for ONE Championship,” the American reveals.

That dream came closer this year, when ONE Championship Vice President Rich Franklin was scouting out prospects for ONE Warrior Series.

Franklin recruited Walker, and in the ONE Warrior Series Season 1 Finale in March, he beat Michael Fangki via decision.

The American bantamweight was more impressive at the Season 2 Mid-season Finale last month, when he submitted Shafkat Khodzhakulov via rear-naked choke in 86 seconds.

Now, with two wins in ONE Warrior Series, Walker is closer to accomplishing his goal, and that has made the trek all the way to Southeast Asia worth it.

“I want to wear those ONE Championship gloves,” he says, enthusiastically.

“Everybody is proud of me back home, so I feel content with what I am doing. I feel like I made the right choice. I had a lot of doubters when I first moved out here, and I got a lot of grief from my home gym. It feels good to represent well.”