It is as if, without even uttering a single word, former bantamweight world title challenger Kevin Belingon has chosen to make a statement – with the power surging through his fists.

The devastating 29-year-old striker from Baguio City, Philippines, has scored a recent string of spectacular knockout victories; the kind that says he is ready for another shot at the ONE Bantamweight World Championship.

Following an unsuccessful title bid against reigning champion Bibiano “The Flash” Fernandes nearly two years ago, Belingon, popularly known as “The Silencer,”  has run through his recent opposition.

In front of Manny Pacquiao himself, Kevin ' The Silencer' Belingon shows off his iron fist! ???? Action continues at oneppv.com. Check your local listings for global broadcast.

“Make no mistake about it, my performances in the cage as of late are a message to the organization, and to the reigning ONE Bantamweight World Champion. I am coming for that belt and no one can stop me. Whoever they put in front of me, I will be looking to destroy. I am a man on a mission,” Belingon states.

“I want to show everybody that I am the real title challenger-in-waiting. I have realized my mistakes in my first encounter with Bibiano (Fernandes), and I have worked hard to erase those flaws. He is a great world champion, but I feel things will go differently if we ever meet again. The time will come when I will be able to showcase my improvements.” 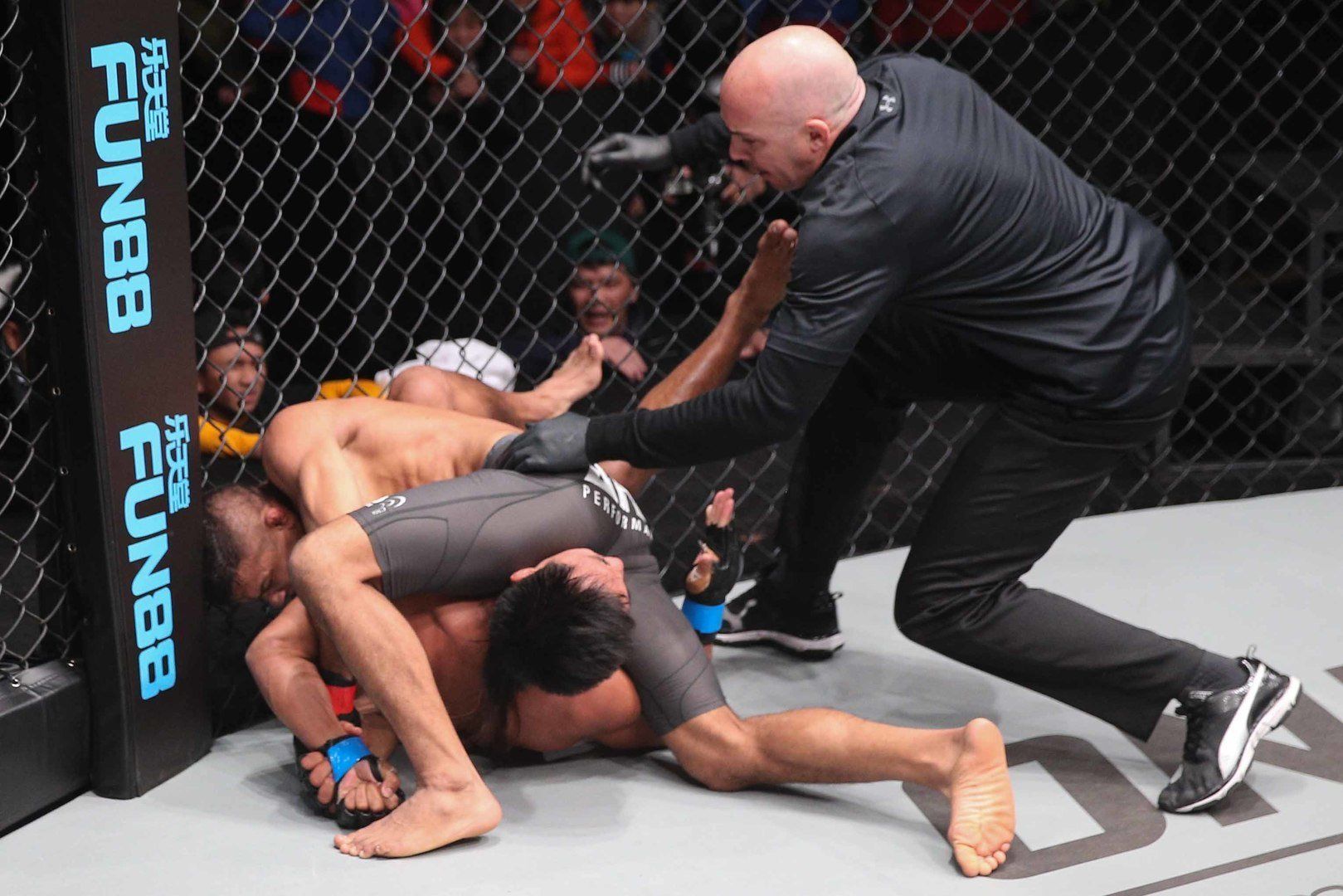 Back in January 2016, Belingon challenged Fernandes for the belt in the cold winter of Changsha, China. On that fateful night, one that still haunts “The Silencer” to this day, the Brazilian finished him with a kimura just before the end of the opening stanza.

That sequence of action has played over and over in Belingon’s memory.

“Since then, I have bolstered my training, working on all areas of my game from striking to grappling. I know I will meet Bibiano again in that cage, and when that day comes, I need to be prepared. There is not a day that has passed that I have not thought about that first bout,” he explains.

On Friday, 10 November, Belingon is scheduled to square off against South Korean-American Kevin “Old Boy” Chung in a three-round affair at ONE: LEGENDS OF THE WORLD, which airs live from the iconic Mall of Asia Arena in Manila, Philippines.

Although it is not exactly the title shot he had been hoping for, Belingon views the bout against Chung as another opportunity to make his case.

“My opponent is not easy, and I am not taking him for granted, which is why I am completely focused on my upcoming bout this November,” he says. “This is a dangerous game we play, and we cannot underestimate anybody. I need to be at my absolute best so I can turn in another great performance for the fans. Competing in front of my hometown crowd, the pressure is on to score another huge victory.” 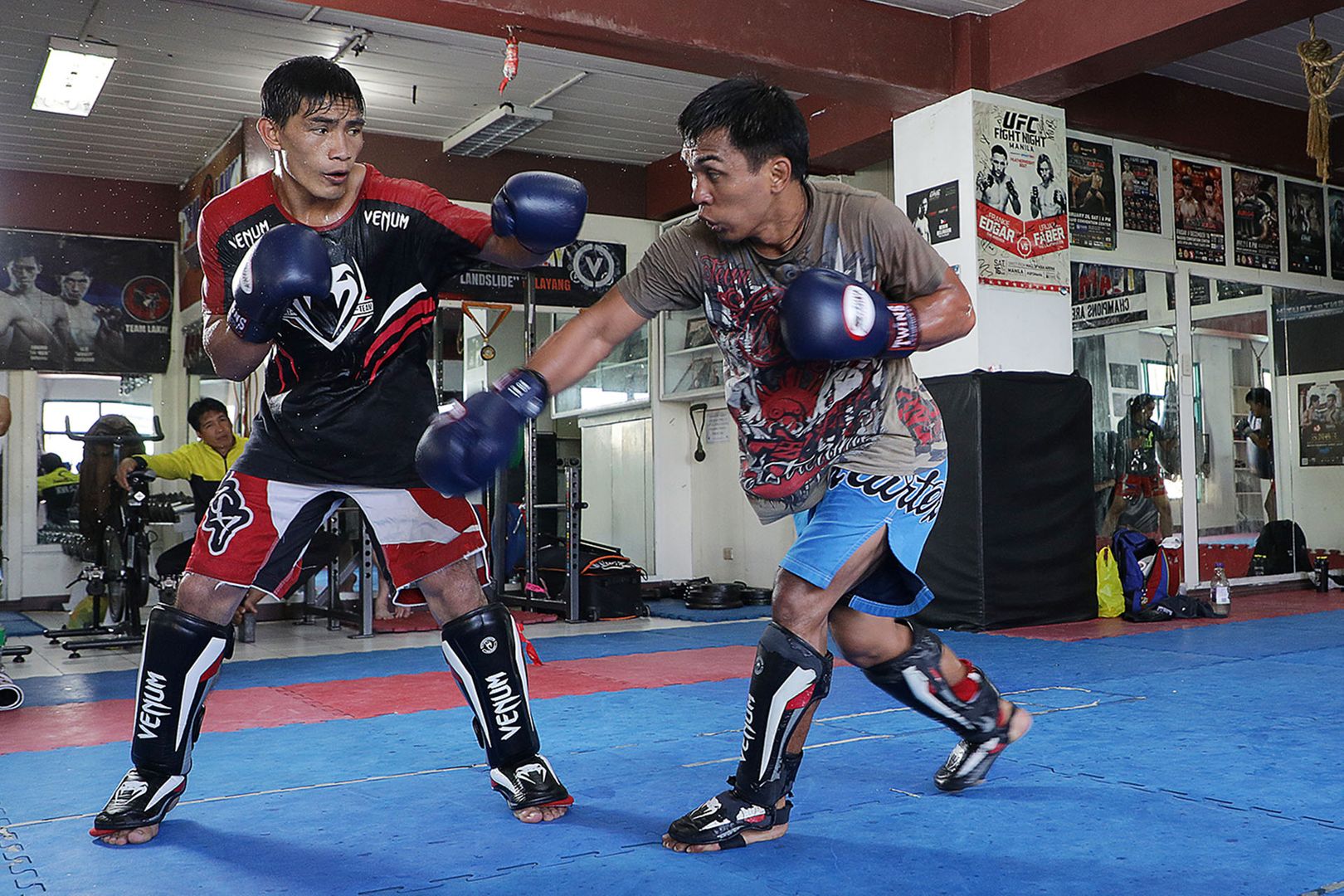 The stakes are incredibly high for the Filipino warrior, but Belingon says hard training days are underway, and he is preparing himself to be in the best shape of his life. In a lot of ways, “The Silencer” knows each win from here on out is another step closer to the ONE Bantamweight World Championship.

“My mindset remains to showcase my skills and remain focused on executing the game plan. My team and I have devised a tremendous strategy in dealing with my next opponent. Even though I have scored some recent knockouts, I am not going in there recklessly,” he explains.

“If at any point I sense my opponent is ready to go, and the knockout presents itself, I am like a shark in a fish tank. There is no doubt I will go for the finish, and I will end matters quickly. I will strike my opponent until the referee pulls me off him.”

If Belingon’s last three performances inside the ONE cage are anything to go by, these words could be any more true. With the power in his fists, “The Silencer” has sent a shockwave coursing through the bantamweight division, and he will not stop until he gets what he wants – another date with destiny, and another crack at his Brazilian counterpart.

“I feel fantastic. I feel strong, and I feel ready,” the Filipino states. “I am ready to climb into the cage in Manila and feel the roar of the crowd again. My opponent had better be prepared for an all-out war, because I will be bringing the firepower. This is a match for the fans, and I am excited to show the world the best version of Kevin Belingon.”