Deividas “The Savage Sitsongpeenong” Danyla wants to compete against the best martial artists in the world in ONE Super Series.

The 26-year-old will get his wish when he makes his ONE debut on Saturday, 7 July, against MTGP Welterweight World Champion Saemapetch Fairtex at ONE: BATTLE FOR THE HEAVENS.

Before he enters the Guangzhou Tianhe Gymnasium in China for his thrilling bantamweight Muay Thai bout, find out all about what brought the world-class Lithuanian to the Home Of Martial Arts.

Danyla was born and raised in Kaunas, the second largest city in Lithuania, which is home to 300,000 people and has a rich cultural history.

Although he had a steady upbringing and was close to his family, he struggled to find a sense of belonging.

“I was a busy kid, but not really good at school,” he explains. “I did a lot of sports and other things trying to find myself, but I had taken the first couple of steps, and then realized I did not really like them.

“I started lots of sports – swimming, football, basketball, even some martial arts like karate. But nothing made me really want to continue.”

Danyla had friends at school, but those childhood relationships would not last either. Everything seemed to lead to a dead end – until he found Muay Thai.

“I did not find myself, so one of my father’s friends knew a trainer and asked me if I wanted to try Muay Thai out,” he remembers. “After the first day of training, I stuck with it.”

The Road To Self-Discovery

Danyla does not recall any sense of belonging until he walked through the doors of Titanas Gym at the age of 10, and his life has been defined by the striking arts of Muay Thai and kickboxing since then.

After just three months of training, he had his first bout, and learned the hard way that the life of a dedicated martial artist would not be without its obstacles.

“I lost against a much more experienced opponent. He was already quite well-known,” Danyla says. “I was so sad. I cried about the defeat, but I did not quit.”

Despite the loss, he finally knew where he belonged. Muay Thai would become his only passion and the sport he would commit his life to.

He kept his head down and dedicated himself to continuing along the road of self-improvement.

“The gym was where I found my home,” Danyla explains.

“I did not want to play outside with the other school kids. I had friends, but I liked my routine more. I was always in the gym and hanging out with the guys, and I made good friends there.”

Danyla had plenty of success at Titanas – his first and only team in Lithuania. He was loyal to his gym and immensely grateful for the help he received.

However, he wanted to live and compete in Thailand, so he could train full-time in the sport’s most revered gyms and test himself against the best competition possible.

In 2015, he went to “The Land Of Smiles” for the first time, and it was a dream come true. He stayed there for five months, competed seven times, and earned his nickname from his trainers and teammates for his impressive style.

On his return to Lithuania, he knew he wanted to do it again – but for longer. His coaches, however, advised him against it.

“My trainer did not support me in that,” Danyla recalls.

“He asked why I wanted to do it, and said I should stay in Lithuania. But, I wanted more experience and to grow my name worldwide, and Thailand was the place to do it.

The coaches of Titanas had become his extended family, so when he did not have their support to develop as a Muay Thai artist in the way he wanted, he was crushed.

In 2017, he made the move to Thailand without their blessing, and has never looked back.

“I am not speaking about living here for my whole life, but it is really nice to change things, and these changes really showed that I was not in the right place back home,” he says.

Pushing The Pace In ONE Super Series

Finished up Monday and started a preparation for a big fight next month! I’m so glad to see @pongsakornsrithep back home. ⚔️????????

Danyla has plenty of accolades to his credit – he is an IMC Muay Thai World Champion, a WKA and WKN European Champion, and a four-time Lithuanian national champion.

While he was proud of his accomplishments before he went to Asia, the move helped him to change his perspective, which would lead to greater things.

“Yes, I was competing and winning, but now I understand that only tough opponents can build you up, by climbing the mountain the hard way,” he says.

“After I competed in Thailand, I started to realize all these titles are in the past. All I do is look to the future and build my name up. It is not how many titles I have, but facing the biggest names in the world.

“When I came here, I said I had this belt and that belt, but people said: ‘Who did you fight? Tell me the names.’ That is the real accomplishment, and that is what I can start to say now – that I have shared the ring with these masters who have 200 or more fights.” 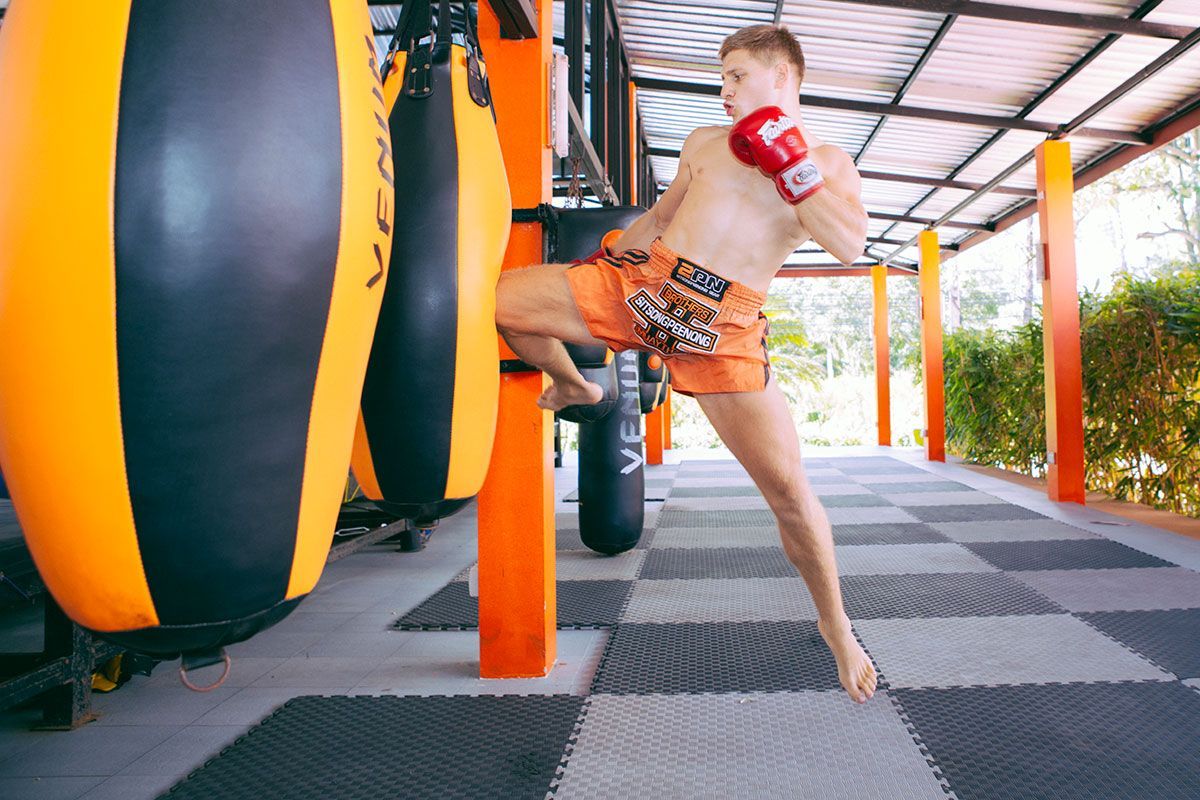 On 7 July, he will share the ring with another elite opponent at ONE: BATTLE FOR THE HEAVENS – Saemapetch Fairtex, who owns an amazing 116-14-1 record.

Danyla, who is training under two-time Lumpinee Stadium World Champion Sayannoi at Sitsongpeenong Phuket Muay Thai camp, may not have the same amount of experience. But, he believes his smothering attack can lead him to victory, add to his 46-10 slate, and help him stand out in ONE Super Series.

“I am non-stop from the first minute to the last minute. I know the Thais are all more experienced than me, but I can push a fast pace from the first second,” he says.

“I am always looking to win, but I really like to put on a good show so people remember my name. I want to show my full potential – not just a fast win where people might forget you.”