When Shinya “Tobikan Judan” Aoki steps into the ONE Championship Circle at ONE: ENTER THE DRAGON, he will do so on the back of a lifetime of martial arts experience that has shaped his life and iconic career.

The Japanese hero – who will defend his ONE Lightweight World Title in the main event against Christian “The Warrior” Lee next Friday, 17 May – has taken lessons from more than a quarter of a century practicing many disciplines, but it is the grappling arts of judo and Brazilian Jiu-Jitsu that have had the biggest effect on his success.

His countless hours on the mat have made him one of the most dangerous submission artists on the planet, and one of mixed martial arts’ most iconic World Champions.

An epic battle for the ONE Lightweight World Title between Shinya Aoki and Christian Lee main events 17 May’s Singapore super-card!

Aoki’s first taste of martial arts came back in 1992 when he first took up judo.

His interest in the sport was piqued by watching the event during the 1992 Olympic Games in Barcelona, where Toshihiko Koga and Hidehiko Yoshida represented Japan with honor by winning gold medals.

However, Aoki reveals that his start in the gi was even tougher than he had bargained for, as a result of some questionable practices by his coach.

“I have a lot of memories of hardship with judo,” he recalls.

“I was hit by my coach during practice if I lost. I was hit a lot during judo, which is why I have memories of hardship.”

Despite that tough judo upbringing, Aoki realized he had discovered the competitive sport he had been looking for because he loved the feeling he got from competing one-on-one.

Relive one of Shinya Aoki's most clinical submission showcases!

Posted by ONE Championship on Thursday, May 9, 2019

His early years on the mats put him on his path to greatness, but he takes a philosophical view when asked if he believes judo changed his life. He is hesitant to make such a claim, but he is certain the discipline helped to make his life more enjoyable.

“Everyone uses the phrase ‘changed my life,’ but there’s no way to know what your life would’ve been like otherwise,” he explains.

“Essentially, I don’t know what my life would be like without judo. I don’t know how my life changed, because I have nothing to compare it to, but I never thought at 36 years old I would be having fun grappling and fighting opponents – so I think it made my life fun.

“I’m most thankful that I don’t have to get on a crowded train each morning, work a nine-to-five, and complain about co-workers I don’t like.”

As well as putting a smile on his face, judo has formed the base of a world-class grappling skill set that has taken Aoki to multiple World Championships, including the ONE Lightweight World Title, which he won for the second time with, what else, a first-round submission in March.

Fun fact: Shinya Aoki is looking for his FIFTH first-round finish in a row against Christian Lee on 17 May!

Fun fact: Shinya Aoki is looking for his FIFTH first-round finish in a row against Christian Lee on 17 May! Singapore | 17 May | 5:00PM | Watch on the ONE Super App: http://bit.ly/ONESuperApp | TV: Check local listings for global broadcast | Tickets: http://bit.ly/onedragon19

Posted by ONE Championship on Saturday, May 4, 2019

“Tobikan Judan” says that his relentless pursuit of stoppage wins on the canvas is born out of a simple belief that you should use your best skill set to defeat your opponent as quickly as possible.

While he has made great strides with his stand-up skills, and he has the ground and pound to trouble any man he takes to the canvas, his 28 career submissions prove his arsenal of chokes and joint locks are his biggest threat.

“When it comes to mixed martial arts, it doesn’t matter whether you’re striking or grappling,” he says.

“What matters is finishing the bout. It just so happens that in my case, that happens by grappling.”

One aspect of grappling Aoki enjoys is the fact that athletes don’t have to be the most impressive physical specimens to achieve success, as technique often wins out over power on the mat.

Though he is not the most physically imposing or muscular competitor in The Home Of Martial Arts, his ability to play to his strengths makes him one of the best.

What Christian Lee will have to deal with when he faces ONE Lightweight World Champion Shinya Aoki on 17 May!

What Christian Lee will have to deal with when he faces ONE Lightweight World Champion Shinya Aoki on 17 May! Singapore | 17 May | 7:00PM | Watch on the ONE Super App: http://bit.ly/ONESuperApp | TV: Check local listings for global broadcast | Tickets: http://bit.ly/onedragon19

“Different people are good at different things,” he explains.

And, as well as enjoying his progression in the grappling arts, Aoki explained that he feels most at home when he’s on the mats, training martial arts.

The process of practicing and executing techniques to perfection satisfies the most meticulous side of his personality and brings him nothing but joy – and the same is true when he pulls off a finishing move in the ring.

“I’m sure anyone could see that just by watching a video of me training. It’s definitely the time I enjoy the most,” he says.

“Whether it’s grappling or striking, I like things that are logical, things that follow reason – this causes this, which causes this. I think logic is wonderful.” 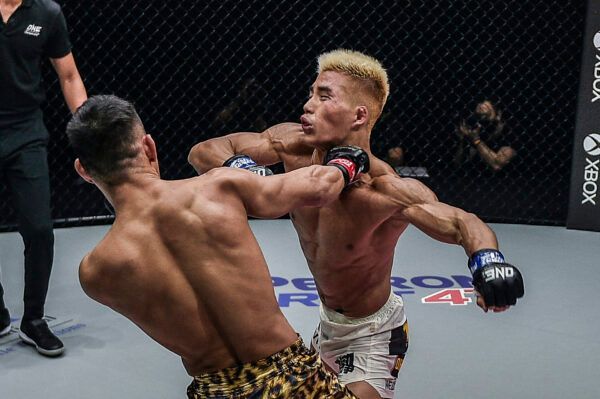 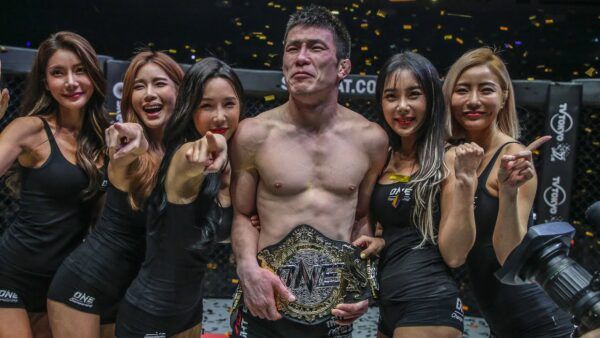