“No. 1” Nguyen Tran Duy Nhat is a real-life martial arts superhero on the global stage, but it was the fictional world of Dragon Ball that inspired him to become the best.

The 31-year-old striker was an avid fan of the Japanese manga book series during his childhood, and the stories he read taught him about strength, honor, and the warrior spirit. Some of the happiest moments of his youth are intertwined with Dragon Ball, and it is still a part of his life today.

“Dragon Ball was something very special in my childhood. When I was in primary school, owning a manga book was like owning a real treasure. I still have all 67 mini books of Dragon Ball at my home now,” he reveals.

“I still remember how I was reading those books, sharing them with my childhood friends, arguing about the manga characters, and going to the bookstore daily to see if any new books were released.

“The publishing house only sold one mini book with a few chapters per week, and I had to wait until the next week to read some more. Waiting for new chapters was such a pain, but it made me adore the moment when I had a new book in my hands.”

The protagonist, Son Goku, resonated with the Ho Chi Minh City resident the most. He was a fierce warrior from the extraterrestrial Saiyan race, who protected the earth from evil attackers.

Duy Nhat is from a strong combat lineage, so martial arts was already in his blood. But when he read about Goku’s heroism, he fell even more in love with the idea of using his sport to do good in the world.

“I love every character in the books, but like every boy, I idolized Son Goku,” the Vietnamese athlete confesses.

“He has the strength, but he still has to work hard to overwhelm his opponents. He has thunderous kicks and punches, he is a kind soul, and he takes the responsibility of protecting the earth. He is a real martial artist in my mind.”

Duy Nhat also enjoyed reading Doraemon, and he closely followed the adventures of the timid Nobita, who often sought help from the time-traveling robotic cat.

However, Son Goku’s courage made Dragon Ball his firm favorite. In fact, he wanted to model himself after the popular Saiyan.

“I read both of them, but I prefer Dragon Ball. In that manga, I found love, determination, and bravery,” the five-time WMF World Champion adds.

“Goku is a real martial artist. He is so cool. I didn’t want to be Nobita and always wait for Doraemon’s help. I’d rather be Son Goku, who dared to take a fight to protect his friends.” 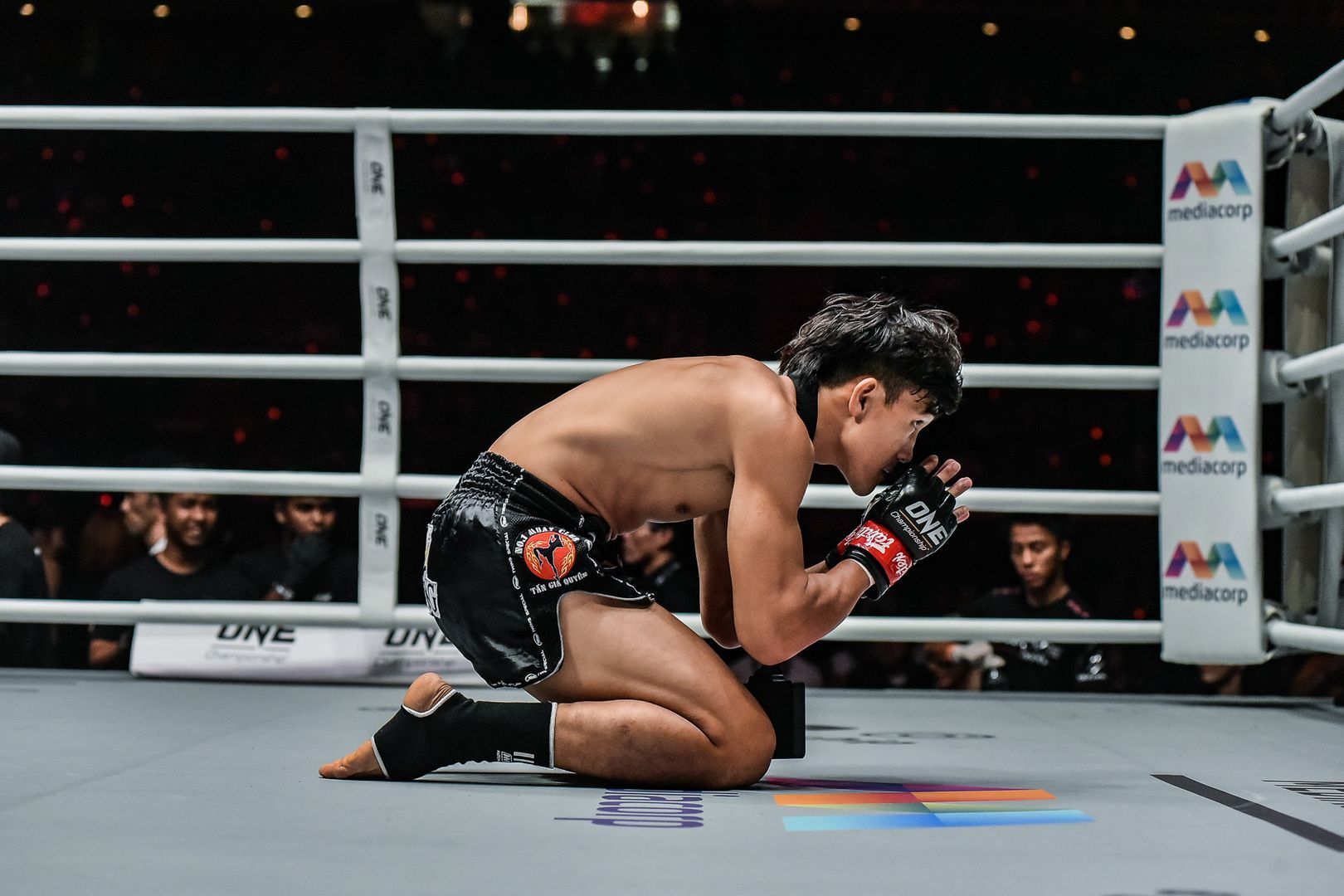 “No. 1” has been on a constant mission to emulate his hero ever since.

Despite his innate abilities, Son Goku had the humility to continue learning, and that was another favorable trait Duy Nhat admired.

Though he may not be blessed with superpowers from an alien race, the Vietnamese striker knew that a constant commitment to his craft would push him forward in his Muay Thai career.

“I am still trying to be a real version of Son Goku in real life,” he continues.

“Goku always believed that he was not in his best shape, that he could always improve himself more. That faith gives him the strength to get better every time he has a new opponent.

“I love that warrior spirit. I always try to get better day by day, just like Goku!”