Due to his rebellious nature as a child, his first foray with martial arts was short-lived. However, when he discovered mixed martial arts at one of the top dojos in Osaka, he learned respect, found a new direction in life, and started to walk down the path to greatness.

Ahead of that contest, the 28-year-old reveals how martial arts made him into the man he is today.

The Attraction Of Martial Arts

Kitakata grew up with very active parents, and his upbringing was far different compared to many of his peers from Tokyo.

From the age of 2, his mother regularly took him to the mountains and rivers nearby, and it was not too long before he was introduced to martial arts – though unsuccessfully, at that time.

“I started Shorinji kempo at 6 years old, but I was a disobedient child and wouldn’t listen to the teacher, so I stopped after a year,” he admits.

At the age of 10, he discovered professional wrestling, and recalls being attracted to the excitement of Shinya Hashimoto’s match with Naoya Ogawa, but that was nothing to what he would feel when mixed martial arts piqued his interest in junior high school.

The martial arts boom in Japan during the 2000s was in full swing, and Kitakata was fascinated from the moment he saw Japan’s biggest organization on TV. The next day, he gave up baseball to join the school’s judo club.

“The first time I saw Pride, I thought ‘Ah! I’m going to do this tomorrow,’” he says.

This time, he stuck with the classes until he moved to high school, when he joined the famous Pancrase Osaka Inagaki-gumi Dojo.

“I searched on the internet and decided I would go to the gym that came up top in the results,” he explains.

“My house was really far from there, but I thought it would be easier to go by bike. It took three hours! But, I’d already decided to go by bike, so I did.”

“Mr. Inagaki has a bushido atmosphere about him,” he remembers.

“He doesn’t speak a lot, but you feel his nuance that can’t be expressed in words. That balance really clicked with me. I thought, ‘This is the kind of man I want to be.’

“Yoshiro Maeda was there. Of all the scary people I’ve met, I’d never met someone with his aura. I felt this strong life force from him. I thought that this was the kind of man I want to train under and prove myself to.”

He quickly settled into the tough training and developed the attributes he needed to be one of his country’s top competitors.

He also formed a strong bond with the rest of his team and learned to look after those around him.

“With more kohai (juniors) joining the team, I’ve learned to hold responsibility for those younger than me. Looking after others is the spirit of the martial arts,” he says.

“At our dojo, we have a strong team spirit. We have generations, tradition. The dojo has its own particular vibe. I think that being raised in a place like that, with everything passed down, is a powerful weapon. The sempai–kohai system of looking after each other gives us strong willpower.”

Kitakata had found his place in life, so when he left school at 18, he transitioned straight into full-time training while he worked on the side to help to make a living through the early days of his career.

He worked at a ramen shop, and sports store, but he found it hard to find a balance.

“The hardest thing about making a living from the martial arts is finding the environment where you can focus only on the martial arts. Working and competing at the same time was the hardest,” he says.

Money was never his goal. He just needed enough to live on so that he could give 100 percent to his dream.

He finally realized this when a local sports club offered him space to give private lessons. His life was now balanced the way he wanted, and he had the bonus of being able to use his passion in another area of his life.

“Teaching people martial arts makes you think more deeply about what you’re doing. The input-output process of explaining techniques means you have to understand them,” he adds.

From King Of Japan To The Global Stage 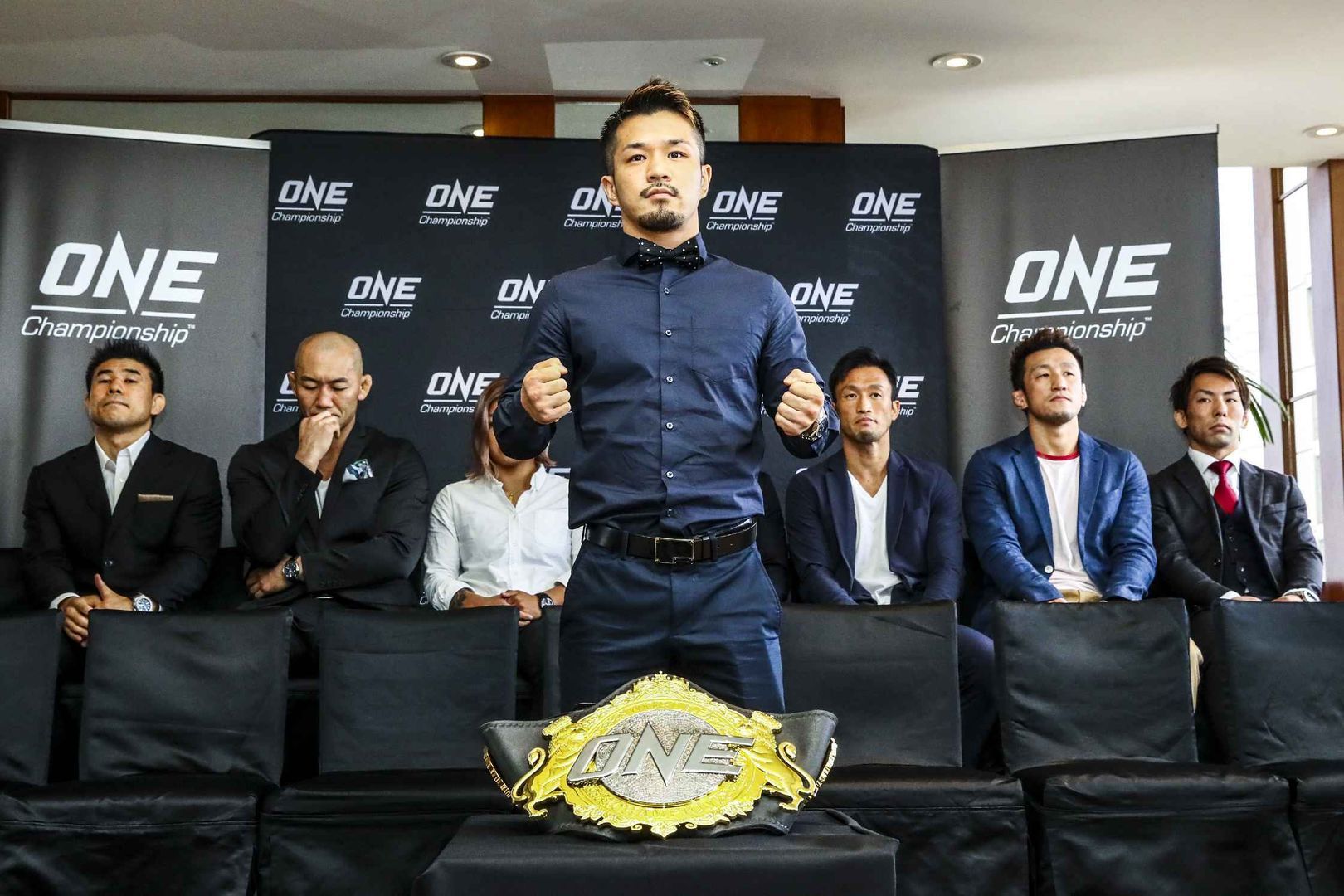 Kitakata began his professional career in 2010, and quickly started to build an impressive record as he competed almost exclusively in Pancrase.

His career turned a corner at the start of 2015 when he started a run that saw him lose only once in 12 bouts and rise to become his organization’s World Champion.

The lone defeat came in December 2016 to long-reigning King Of Pancrase, Mitsuhisa Sunabe who was then riding a long winning streak that had begun in 2011.

It did not take long for him to get over his loss, as took out four top-tier strawweights in a row to get a second shot at the belt against his rival this July. This time, he experienced the happiest moment of his career when he scored a dramatic, fifth-round TKO to climb to the top of the mountain.

That also earned him his place in the world’s largest martial arts organization, and he is ready to test himself against the best competitors on the planet.

“I want to represent Japan and face guys from all over the world: Africa, Europe, Asia, America – all have their own character and style – like in the Street Fighter game,” he laughs.