Every one of us is largely a product of our environment.

There is no doubt Chinese phenom “The Panda” Xiong Jing Nan (15-1) has innate talents that have helped her in becoming the ONE Women’s Strawweight World Champion, but she has also been shaped by her homeland.

Why Xiong Jing Nan is bonded to the Great Wall of China.

China means a lot to the Beijing native.

The country’s hardworking culture has been an integral part of Xiong’s evolution from reckless youth to world-class martial artist, with her dedication to her craft eventually paying dividends.

“I love China. I am just a very simple girl who is chasing my dream,” the 30-year-old passionately says.

“Chinese people are good at learning, and are willing to try their best. I think this is what I learned from my country.”

Why Xiong Jing Nan is the present & future of Chinese martial arts ????????

Why Xiong Jing Nan is the present & future of Chinese martial arts ????????Shanghai | 8 September | LIVE and FREE on the ONE Super App: http://bit.ly/ONESuperApp | TV: Check local listings for global broadcast

“The Panda” frequently moved around her home nation as a youngster, first pursuing competitive weightlifting in the Shandong province, and then taking up boxing in Beijing.

She quickly excelled as a pugilist, as she joined the national boxing team and proudly represented her country on the international level. Wherever she went, she felt the support of her compatriots.

That kind of support helps to keep an athlete motivated on the often-lonely journey to the top, especially when the competitor is far away from family and friends.

Xiong’s countrymen have always shown their appreciation for her efforts, and it has continued to grow both ways, as “The Panda” brings glory to her nation with her martial arts success.

“They are behind me, like they are my rock,” she explains. “It gives me the strength to fight my battles.” 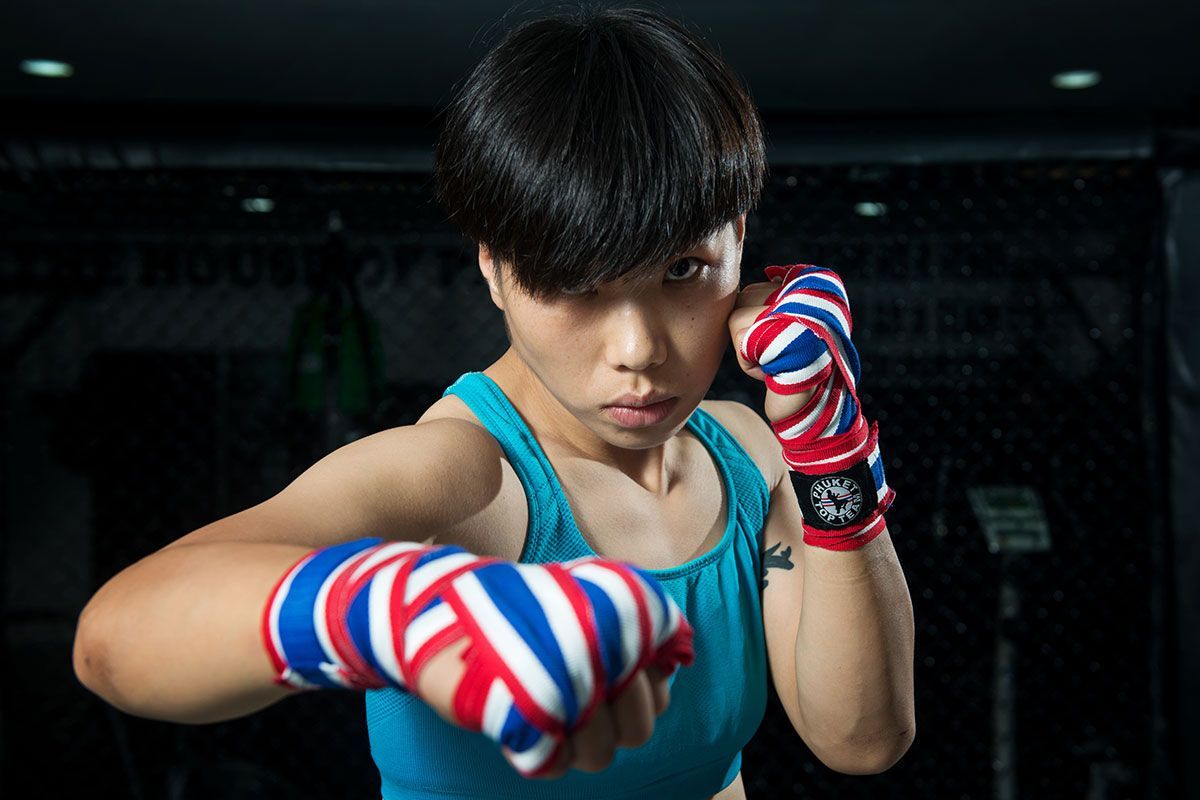 Now, Xiong is at the pinnacle of the combat sports world, as she is a defending World Champion in the world’s largest martial arts organization.

The road to the ONE Women’s Strawweight World Title was not easy, but keeping the gold will prove to be an even more challenging task.

She has a target on her back because of the prestigious belt that is strapped around her waist, and as a result, she carries the weight of expectation, too. However, she relies on the encouragement of her compatriots to ease the burden.

“I would not say there is no pressure at all. But yes, in a positive way, my people always make me do a better job,” Xiong explains.

“Sometimes, it is not that difficult to reach the top, but remaining on top is the most difficult thing to do. The world is hearing my voice from China, but I cannot do this without my people’s support.”

As the first mixed martial arts World Champion from China, Xiong’s efforts shine a positive light on the country.

With her popularity at an all-time high, she wants to give back to the nation that has empowered her, and hopefully show others that commitment and dedication can achieve seemingly impossible results.

“You cannot inspire people if you do not get inspired by them first,” she offers. “I wish to make more people in this world see the power, the skills, and the faces of Chinese people in mixed martial arts.”

Though she is too humble to accept any credit for the continued rise of the mixed martial arts scene in China, Xiong has undoubtedly made an impact.

With China seemingly set to wield superpower status in ONE Championship in the near future, athletes like “The Panda” can continue to influence their countrymen by delivering exciting performances, and notching thrilling victories inside the cage.

“Martial arts is getting more and more popular in China,” she says. “What I do is show people what they can do as well.”

Xiong will have her compatriots on her side when she returns to the cage on Saturday, 8 September.

For the first time ever, she will defend her coveted title on mainland China, when she faces Brazilian challenger Samara Santos (12-5-1) in the main event of ONE: BEYOND THE HORIZON in Shanghai.

A victory for the reigning strawweight queen at the Baoshan Arena will undoubtedly help popularize the sport in her homeland even more.