The most lucrative tournament in kickboxing history will reach its conclusion at ONE: CENTURY PART II on Sunday, 13 October.

Giorgio “The Doctor” Petrosyan will square off against Samy “AK47” Sana in the ONE Featherweight Kickboxing World Grand Prix Championship Final in Tokyo, Japan.

With US$1 million and the title of the world’s greatest kickboxer on the line, both competitors will be extremely motivated to leave the Ryogoku Kokugikan with these prizes.

Ahead of this exciting clash, we take a look at Petrosyan and Sana’s potential routes to victory. 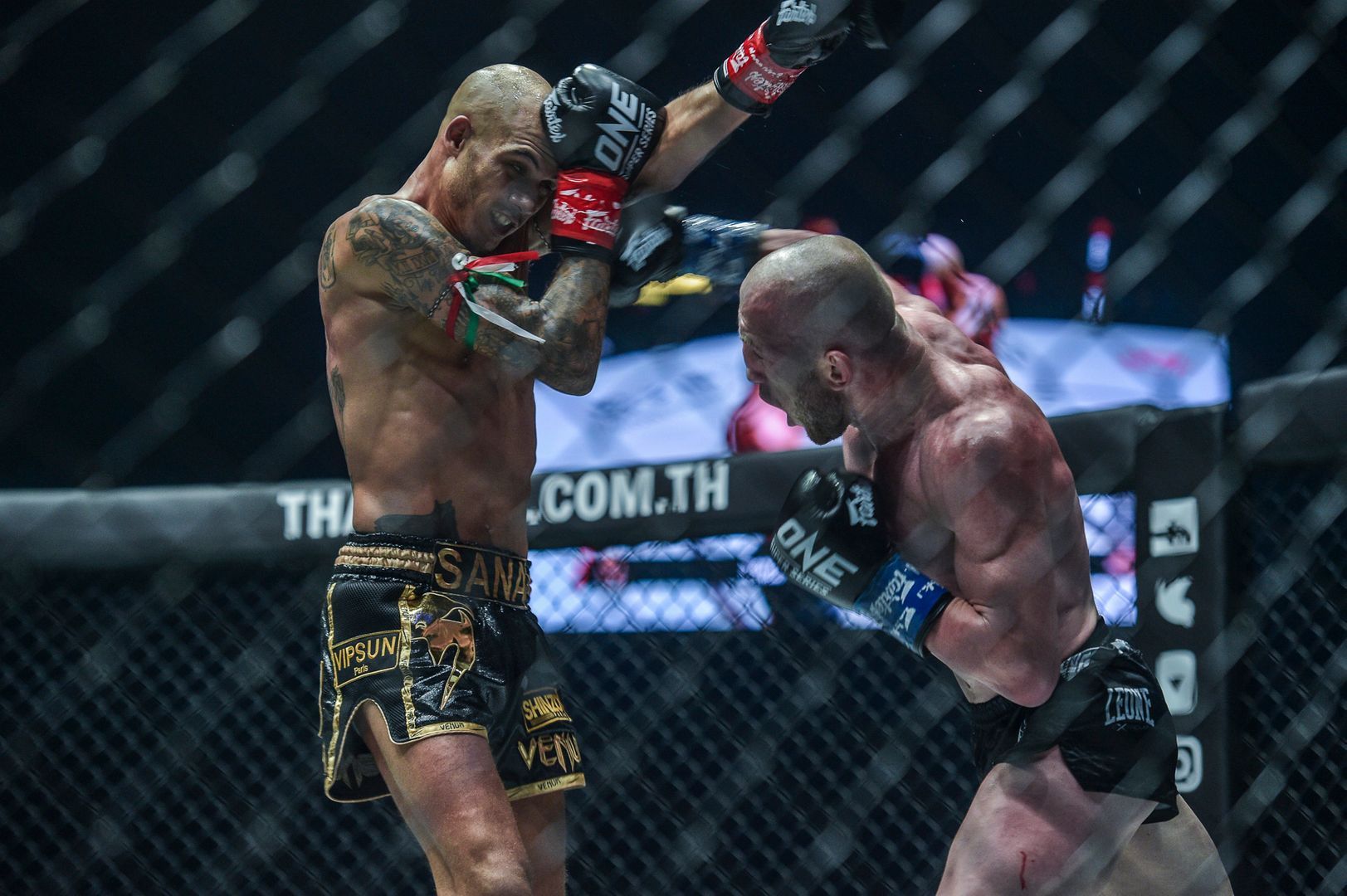 The Frenchman is outstanding on the front foot, and he likes to feint or punch his way into range, then shell up to elicit offense from his opponents before firing back.

Sana’s blocking style is well suited for Petrosyan, as he draws his arms close in front of his face, which will leave no passage for the Armenian-Italian’s trademark straight left.

When his opponent inevitably tries to blast through with the jab-cross, “AK47” will be in a prime position to retaliate with his strong left hook and powerful right hand. There isn’t a more cerebral striker in the kickboxing world than “The Doctor.” He knows cutting angles will be instrumental in defeating his aggressive rival, as standing straight in front of Sana will play right into his strengths.

This is something Petrosyan has done masterfully over the years. He uses his southpaw stance to step outside an orthodox opponent’s lead foot, and then he pivots to create an angle that is perfect to attack and defend from.

If Sana turns to square up, the five-time kickboxing World Champion will fire off his straight left punch. If he is slow to play chase, expect the Milan resident’s strong left kick to batter the midsection. One of Sana’s favorite techniques is also one that frustrated Petrosyan in his quarterfinal match against Petchmorakot Petchyindee Academy – the long right knee.

The Parisian uses his long frame to land his knee to the body, especially when an opponent is lunging in to punch. Petrosyan dips slightly into his left cross, and this would open up his body and add extra momentum for “AK47” to drill in a powerful shot to the solar plexus or ribs.

Often, the three-time kickboxing and Muay Thai World Champion drops a chopping right hand down as he retracts his knee. This worked well against Yodsanklai IWE Fairtex’s left hand.

#4 Petrosyan’s Distance Management With The Teep 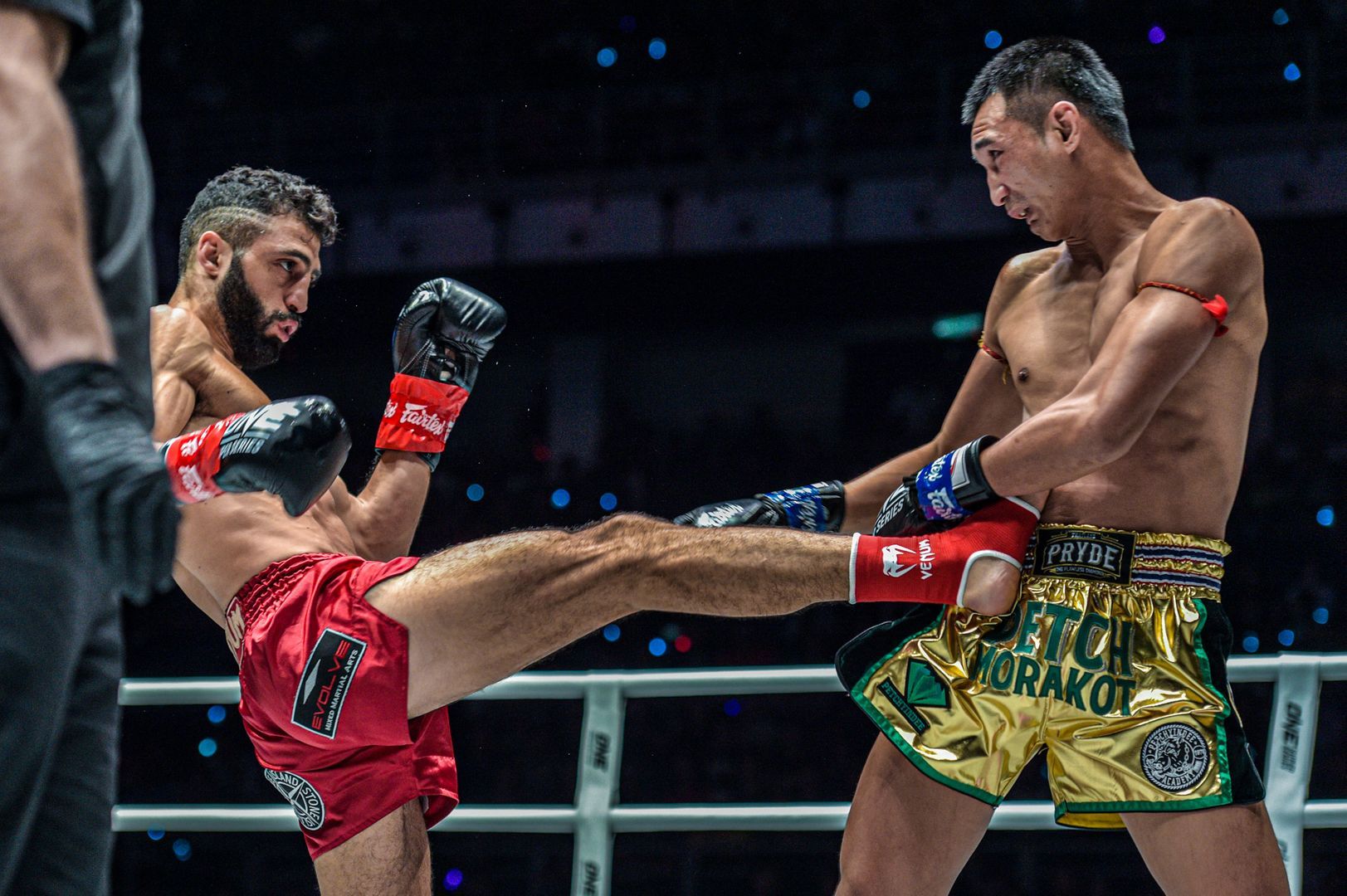 Petrosyan has plenty of tricks up his sleeve to disrupt the constant forward pressure of the Parisian, including his effective teep to the lead leg and body.

“The Doctor” has shown more aggression in The Home Of Martial Arts, but rather than meeting fire with fire, a return to defensive mastery and counter-striking will be the key to success against his French rival.

Sana will step in to punch and knee, but Petrosyan can jam the lead leg or connect to the midsection with a well-timed strike to stop him in his tracks. This will leave “AK47” hitting the air and primed for a counter-attack.