The Team Lakay veteran has become known as the ‘King Of The Rematch’ because of his record of never failing to win when he has faced an opponent for the second time.

The 29-year-old always comes back as a more skilled, better-drilled, and hungrier athlete when he enters the ring or cage to avenge a loss. He learns from defeat, and makes sure the result does not repeat itself.

“I’m a calculated fighter. I rely more on my skills, technique, and intelligence rather than my speed and power like most guys,” says Eustaquio.

“When I get a feel for an opponent the first time, I know what it will take to beat him the second time around.”

Eustaquio has gained redemption against Anatpong Bunrad and former flyweight titleholder Kairat Akhmetov, but it is his triumph over Moraes that Eustaquio holds in the highest regard.

“Gravity” was submitted by the Brazilan via second-round guillotine choke when they first met in September 2014 to end his first opportunity at a ONE World Title. The Baguio City native admits he was a little green at the time.

However, it showed him how far he had to go to reach the top of his sport. 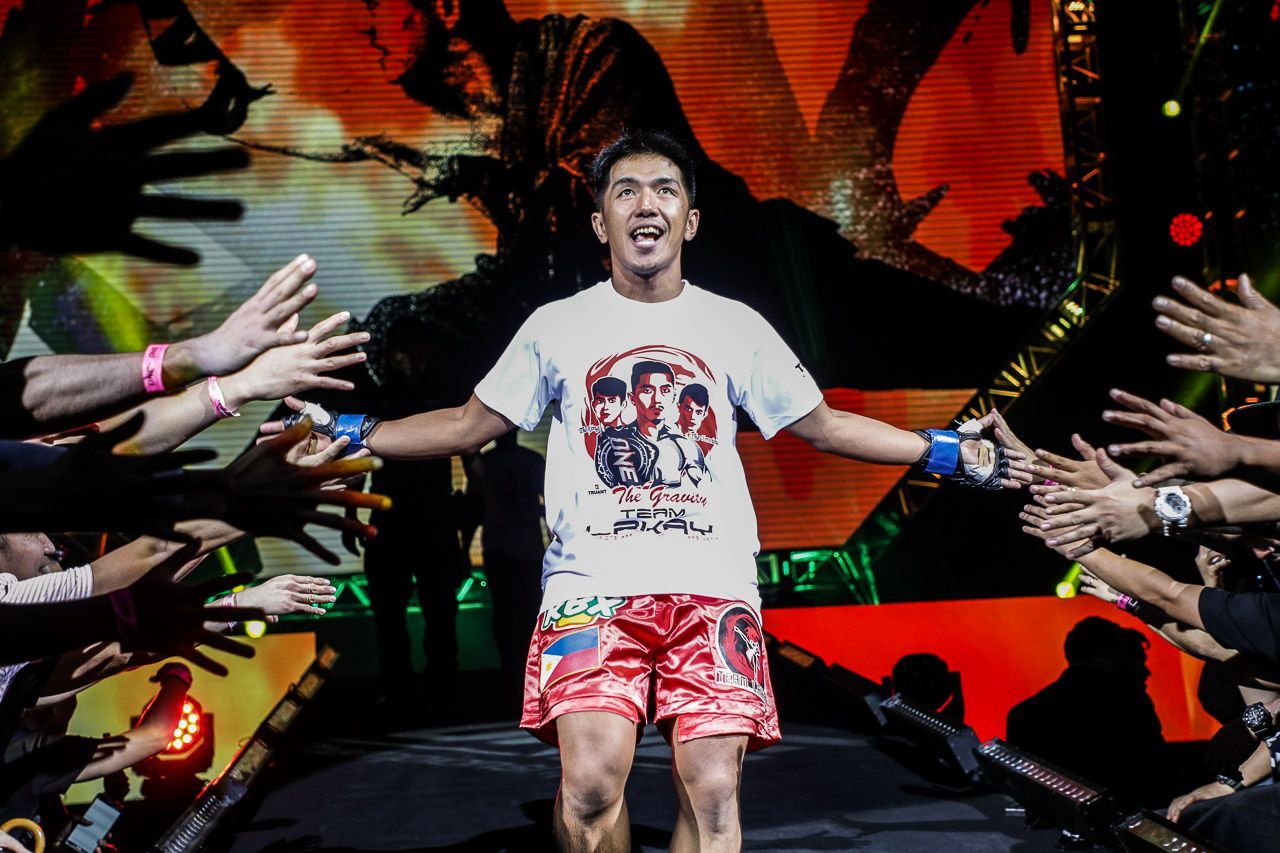 “I guess I wasn’t ready to face a champion the caliber of Moraes then, although I was confident in my skills,” he explains.

“It’s a different experience when you share the cage with the champion. I was shocked at the gap between us. It was a good learning opportunity for me.

“I discovered where I was lacking, and what I needed to work on.”

Since then, Eustaquio has worked tirelessly in the gym to bring his skills up to scratch. He has added new tricks and techniques to his overall mixed martial arts game – particularly in the areas of grappling and takedown defense.

“I knew I couldn’t let another opportunity slip through my fingers,” he adds.

“I hit the gym hard, worked on my overall skills, got my mindset right, and the rest was history. I’m confident now more than ever.” 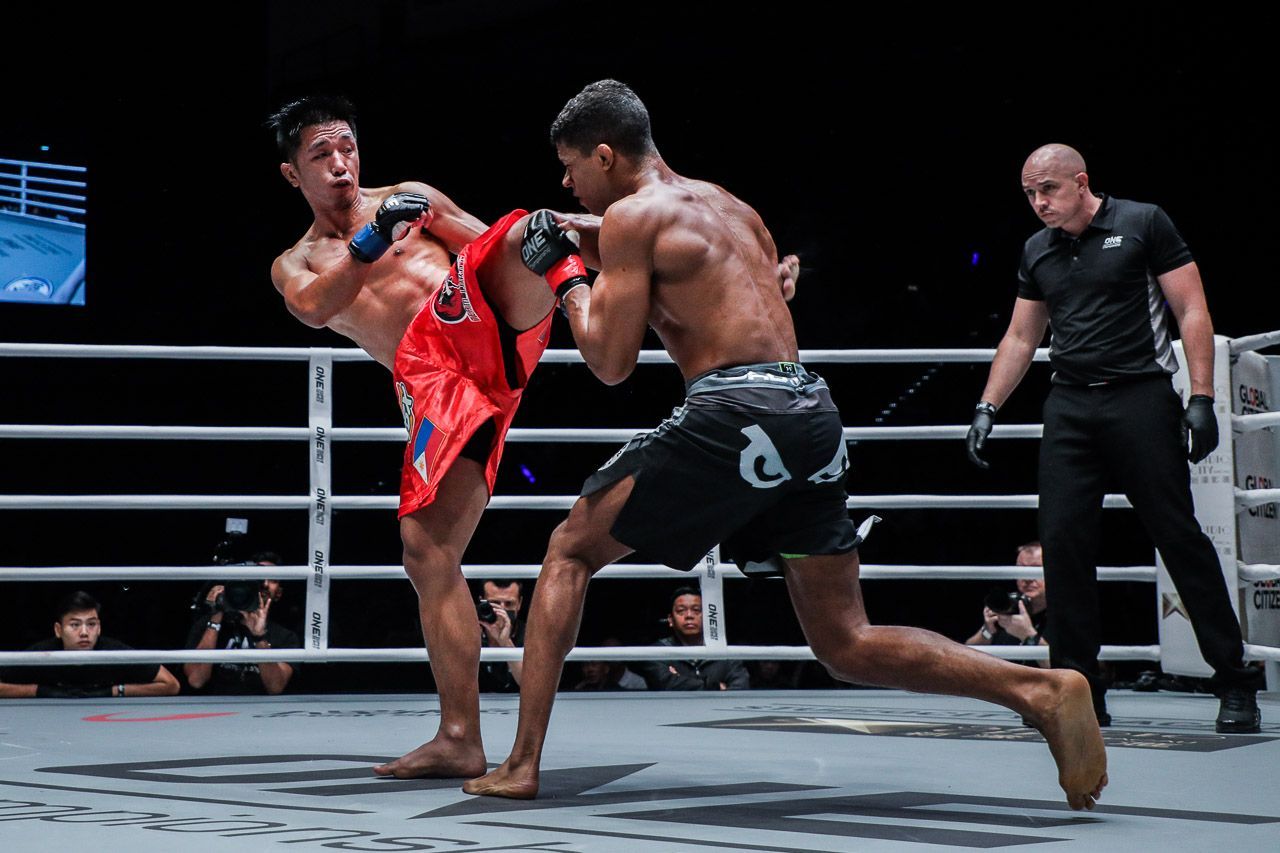 Though he did not always succeed on his road back to a World Title match with Moraes, he kept grinding until he captured the ONE Interim Flyweight World Title against Akhmetov. After that, Eustaquio knew he was ready to face the champion again – in a highly-anticipated rematch that was four years in the making.

Though he entered the bout at ONE: PINNACLE OF POWER as the underdog, Eustaquio defeated Moraes via split decision after five grueling back-and-forth rounds of action. It was close, but “Gravity” believes it was a victory well deserved.

“It wasn’t easy, the split decision can attest to that, but our game plan worked,” he says.

“We were able to negate most of his strengths, and we did what we wanted to do. All the hard work was worth it. It’s definitely my favorite victory above all.” 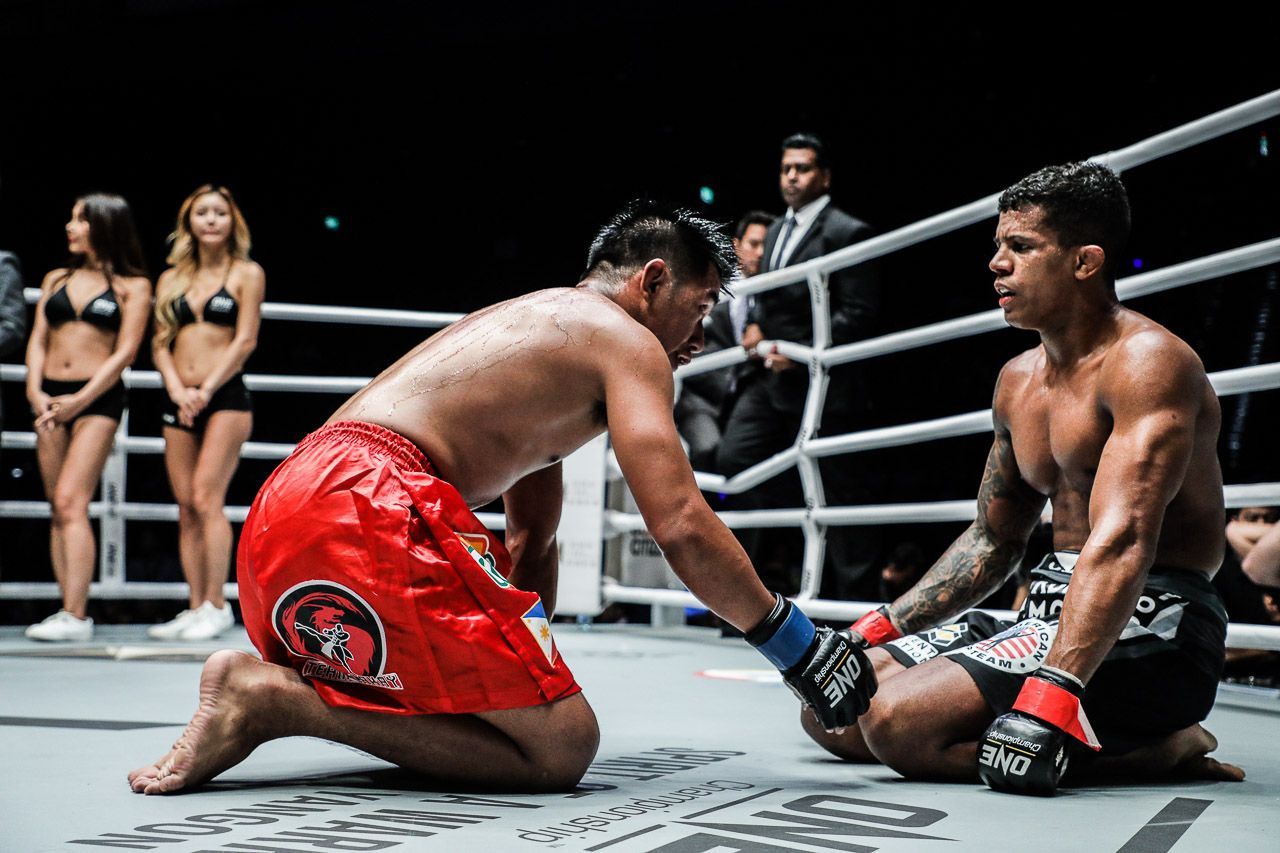 It was one of the closest contests of the year, which means a rematch may be on the cards soon, and it is one that fans will surely be thrilled to see again.

Eustaquio is happy to have a trilogy bout down the road and complete their series. If his performances in rematches are anything to go by, we may see the best ever iteration of “Gravity” when he turns up for a rubber match.

“I know one day we will meet each other in the cage again – I’m looking forward to it,” he says. 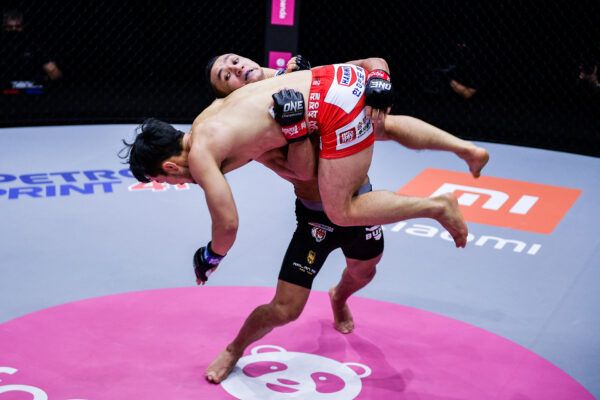