Since joining ONE Championship, #5-ranked featherweight contender Garry “The Lion Killer” Tonon has steadily worked his way into the ONE Featherweight World Title picture.

This Friday, 4 December, he could take another step closer to the gold when he squares off against #3-ranked Koyomi “Moushigo” Matsushima in the co-main event of ONE: BIG BANG, which will air live from Singapore.

But while Tonon is just a few steps away from achieving his big goal in mixed martial arts, his life outside of the Circle has been tumultuous in 2020.

When the earliest cases of COVID-19 first appeared in Asia, there were many people who didn’t think the outbreak would move beyond the eastern continent.

Tonon, who’d seen other viruses fail to make it overseas, was one of those individuals.

However, COVID-19 soon spread west to Europe and North America, and in March, parts of the United States began to impose lockdown restrictions and quarantine measures. That’s when the multiple-time BJJ No-Gi World Champion began to think differently.

“Pretty quickly, I started to realize how wrong I was when I started to hear about things shutting down,” the 29-year-old says.

“I would say there was probably a three-to-four month disconnect from when I started to hear about the virus to when people started talking about even the prospect of shutting things down because of it.”

Between that closure and not being able to renegotiate the building’s lease, “The Lion Killer” saw his new investment go up in smoke.

“I probably lost – between lawyers, permits, building the gym, painting, all that kind of stuff – we’re talking US$50,000 total. I’ve been saying US$30,000, but I think that’s an understatement,” he says.

Though Tonon was dealt a harsh blow as a business owner, he was fortunate to have his primary martial arts career that allowed him to continue making an income.

That fact was not lost on the American grappling sensation, and it gave him perspective during a dire situation that made life incredibly difficult for those who are less fortunate.

“There are a lot of other people who had maybe just started a restaurant or whatever, that saved up over US$100,000 and invested it into their business that they probably feed their family off of,” Tonnon says. “And that business shutting down meant they didn’t get to feed the mouths of their kids and meant they couldn’t afford rent and all these things.

“That experience [I went through] made me feel bad for everyone else that is probably going through very similar things, that it meant so much more to. When that situation happened, it’s not like I just thought about me. What does it mean for the rest of the world if this is happening to me?”

These days, the featherweight contender has found a new home for his students in North Brunswick and continues to teach the new generation of martial artists.

However, the closure of his gym was not Tonon’s biggest personal battle in 2020.

‘I Realized There Was A True Sickness’

This past May, in a series of Instagram videos, Tonon revealed that he’d cut his father out of his life.

Ever since the featherweight’s childhood, his dad had struggled with alcoholism and drug addiction. Even in adulthood, those issues were taking a mental and emotional toll on “The Lion Killer” – but he’d always bottled up his feelings.

“For the longest time, I just thought that if I was a strong enough person mentally, that anything that had happened, I could just push to the side mentally and say, ‘He’s doing that, but I’m doing me,’” Tonon says.

“I’m not going to say it was an unhealthy thing to do as a whole. I think there is a certain strength in that. But I never had a sit-down with my dad and told him how I felt about his actions, and how it has impacted me, until recently.”

The tipping point for Tonon came in the weeks leading up to ONE: A NEW ERA in Tokyo, Japan, in March 2019.

Although he’d previously attempted to assist his father financially, “The Lion Killer” never fully recognized the extent of the issues until he tried to bring his father to the Japanese capital.

“I want my dad to be there if he can, so I’m going to do everything I can to make that happen,” Tonon recalls.

“I sat down with him and told him I wanted him to come to this fight. I said, ‘What I’m willing to do for you is take care of any expenses – your flight, your hotel, your food, the passport fee, whatever it is. All you need to do is go get the passport done, and I’ll take care of the rest of it to have you out there.’

“He said, ‘I was thinking instead of paying for this trip, you could just give me 400 dollars.’ He had brought a bunch of different bills with him that he was struggling to pay. He said, ‘Since you were going to do that for me, I figured you could do this for me instead.’ I was so, so hurt by that.

“It’s so clear that he didn’t get that message. He was so concerned with his own financial struggles, he didn’t even think twice about it. He attributed them as equal things. It was so hurtful. That is when I realized there was a true sickness going on. And as soon as I realized that, I knew I needed to talk to some professionals and see what they would recommend.” 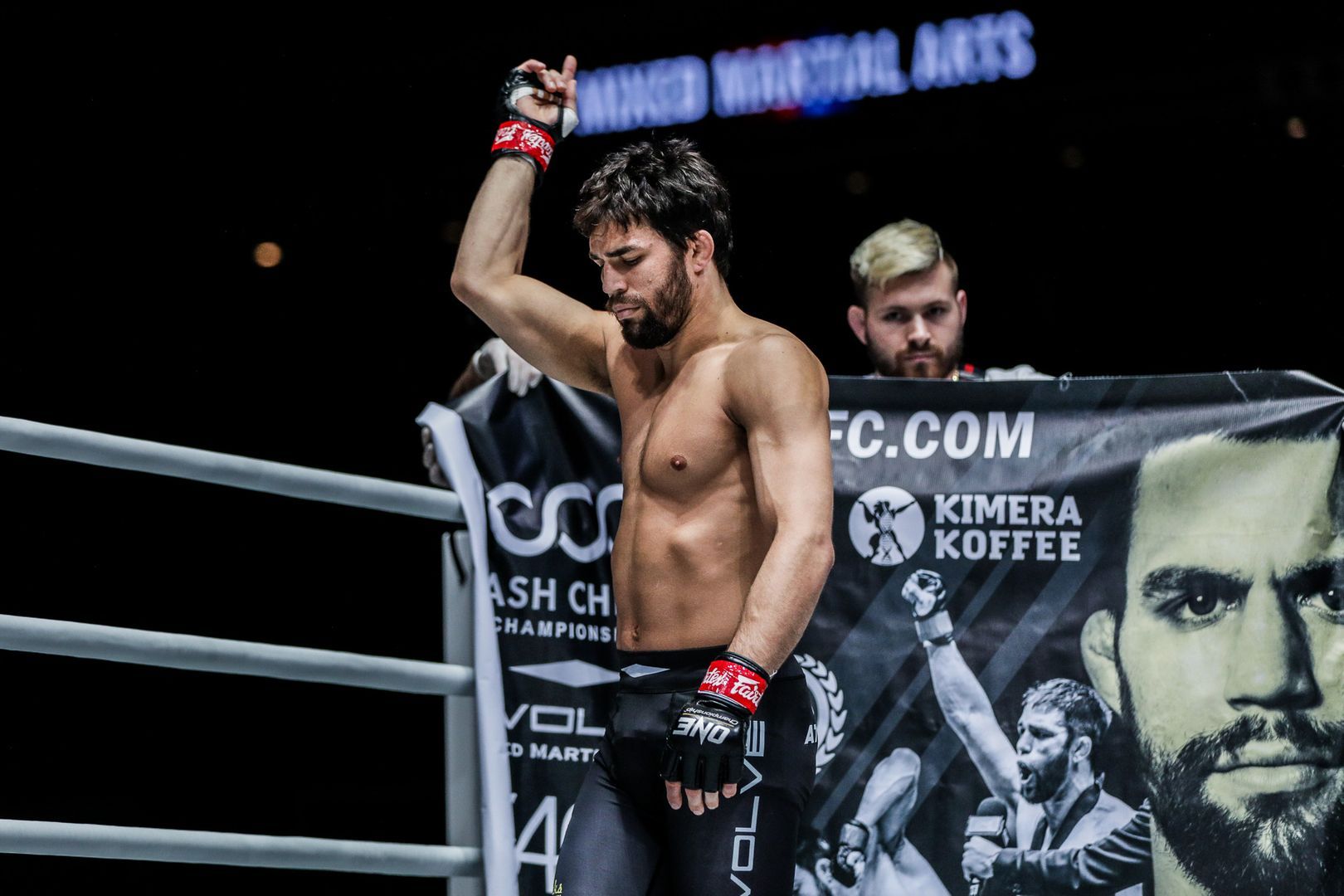 Once Tonon turned to professional help, he began to understand the disease and its impact on both his father and himself. That included learning to communicate his feelings and process how addiction was playing a role in his life.

Then, after the family staged an intervention earlier this year – coordinated in part by Tonon’s girlfriend, Olivia, who is also a licensed counselor – his father went to rehab.

However, the family patriarch chose not to continue through the entire program, which led “The Lion Killer” to cut off ties.

It was a hard decision to make, but it was necessary for the featherweight star.

“Overall, it led to a lot of positive changes in my life. I can’t say the same about his,” Tonon offers.

“We don’t really communicate much anymore, but I’m sure we’ll see each other at some point. As of right now, that’s where everything stands. Who knows? Maybe one day he’ll decide to make positive changes in his life.

“I know there’s a lot of people that have this aversion to seeking help or getting therapy, and I’m not really sure why. It’s not easy to talk to somebody about these things, but it’s just so helpful and beneficial.” 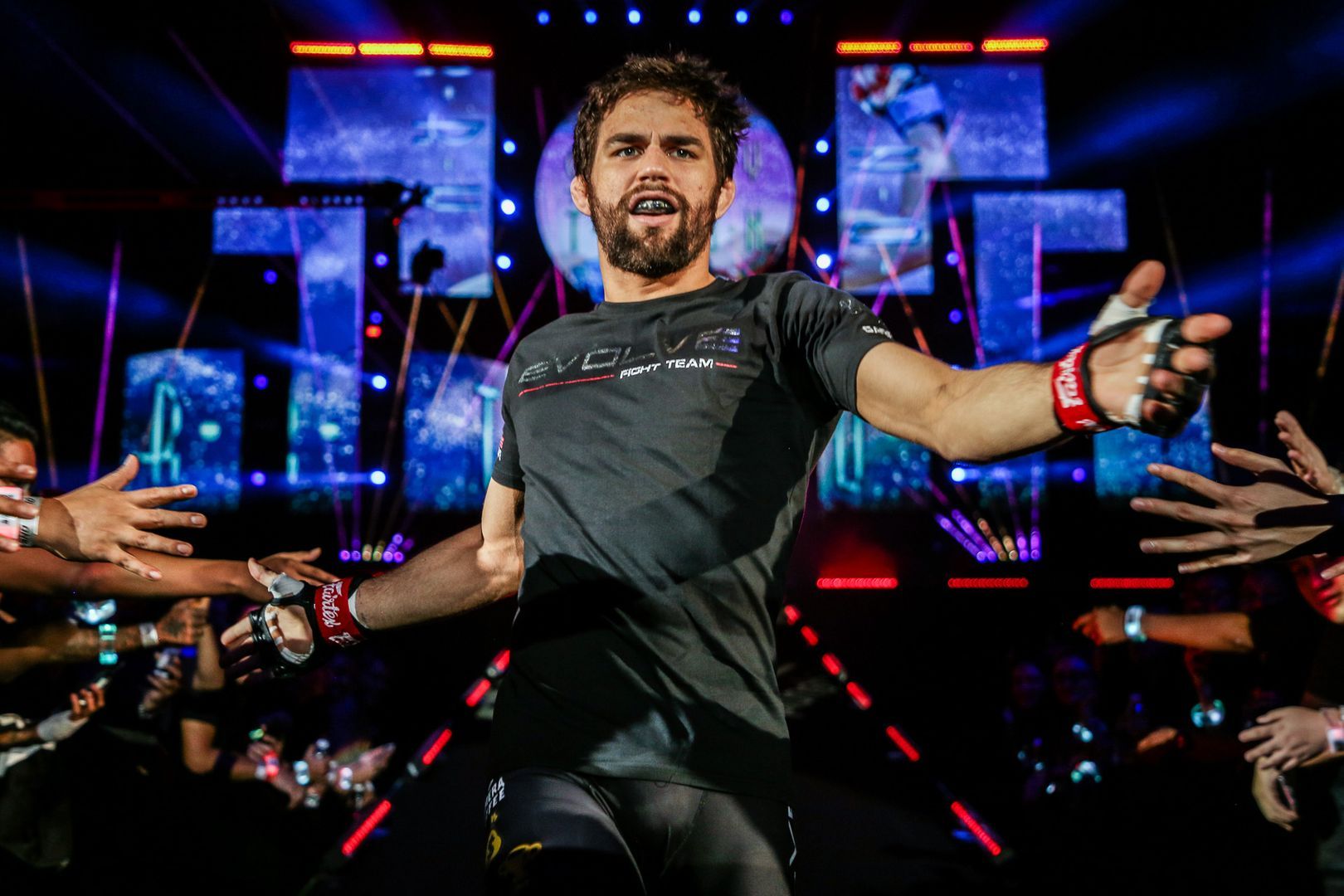 It’s certainly been a difficult year for Tonon, but the dark clouds are beginning to clear.

Following all the adversity, the BJJ ace is hoping to end 2020 with a bang – a big bang – by defeating Matsushima on Friday and potentially locking up a ONE Featherweight World Title opportunity in 2021.

“For a long time, there didn’t seem to be a light at the end of the tunnel,” Tonon says.

“So I’m very glad that it’s at least headed in that direction.”

Read more: Tonon Aims To Continue His Stunning Transition To MMA Vs. Matsushima