The life of a martial arts legend is never easy. The path to greatness is typically laden with a myriad of seemingly impossible challenges. 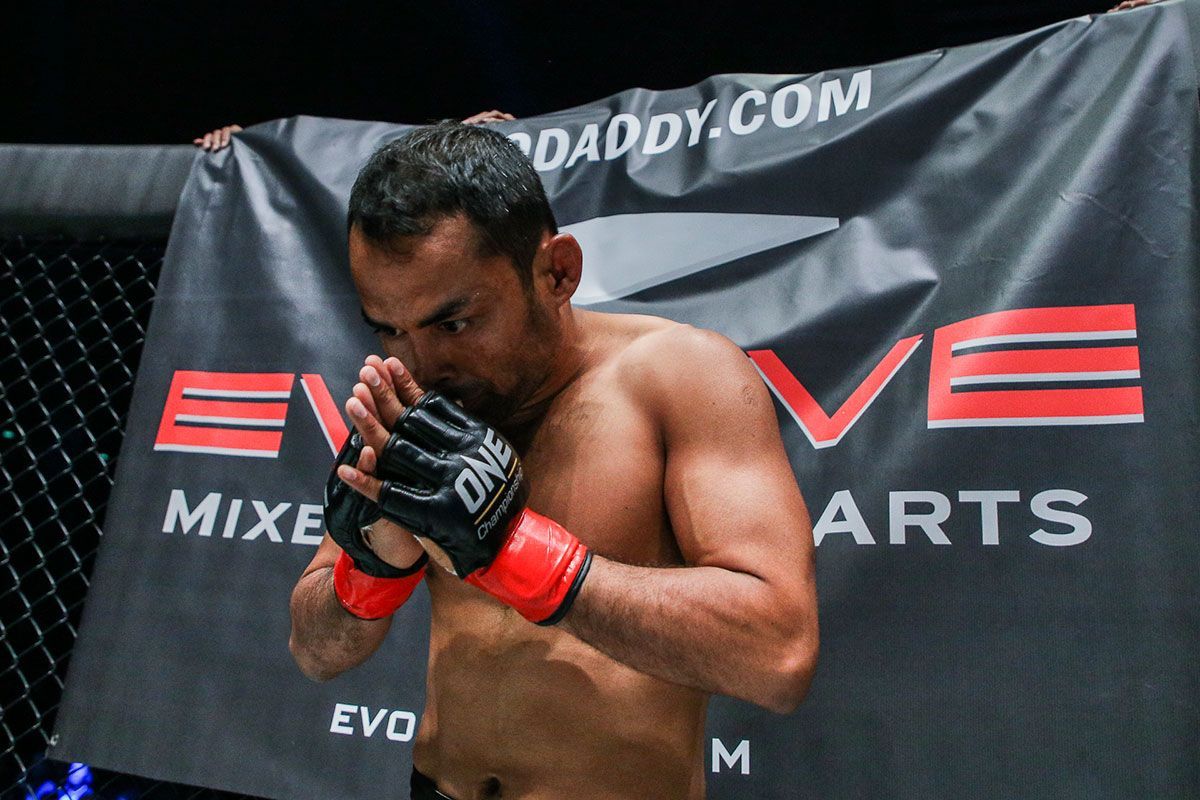 It began when he was just a 9-year-old boy, discovering the art of Muay Thai for the very first time. He was introduced to the sport by his father, and it was a passion that the father-son pair would share throughout his upbringing.

“We would walk to our neighbor’s house and watch bouts together on TV,” the Thai recalls of the time spent with his father. “We talked about our favorite athletes, and the beautiful techniques they showed on screen. It inspired me.”

It was not long before Amnuaysirichoke realized within himself that he had a distinct talent for Muay Thai. He then made the decision to pursue a career in the sport.

Training was not easy, however. 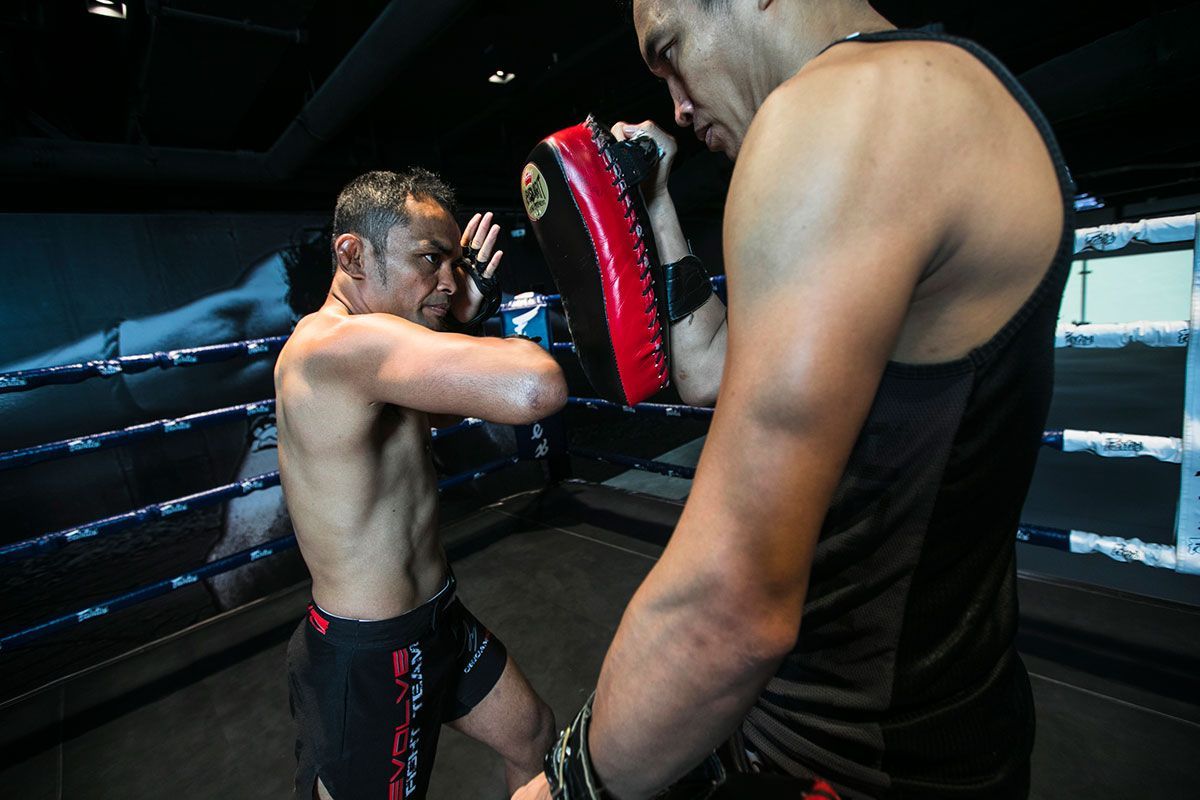 Amnuaysirichoke was born into a life of poverty in rural southern Thailand. He remembers his parents having to spend time away from home for months, often leaving their children in the care of their grandmother while they worked multiple odd jobs to put food on the table.

Despite the financial obstacles, he still found a way to make do and train with what he had.

“I would train at home, kicking an old sack of rice filled with sand. I also trained at the local sala with the other children,” he recollects.

This sort of dedication soon became synonymous with the type of work ethic Amnuaysirichoke exhibited as an elite athlete.

Not long after that, he participated his first professional bout. His father was ecstatic, but unfortunately, the young martial artist did not tell his mother he wanted to be a Muay Thai competitor. 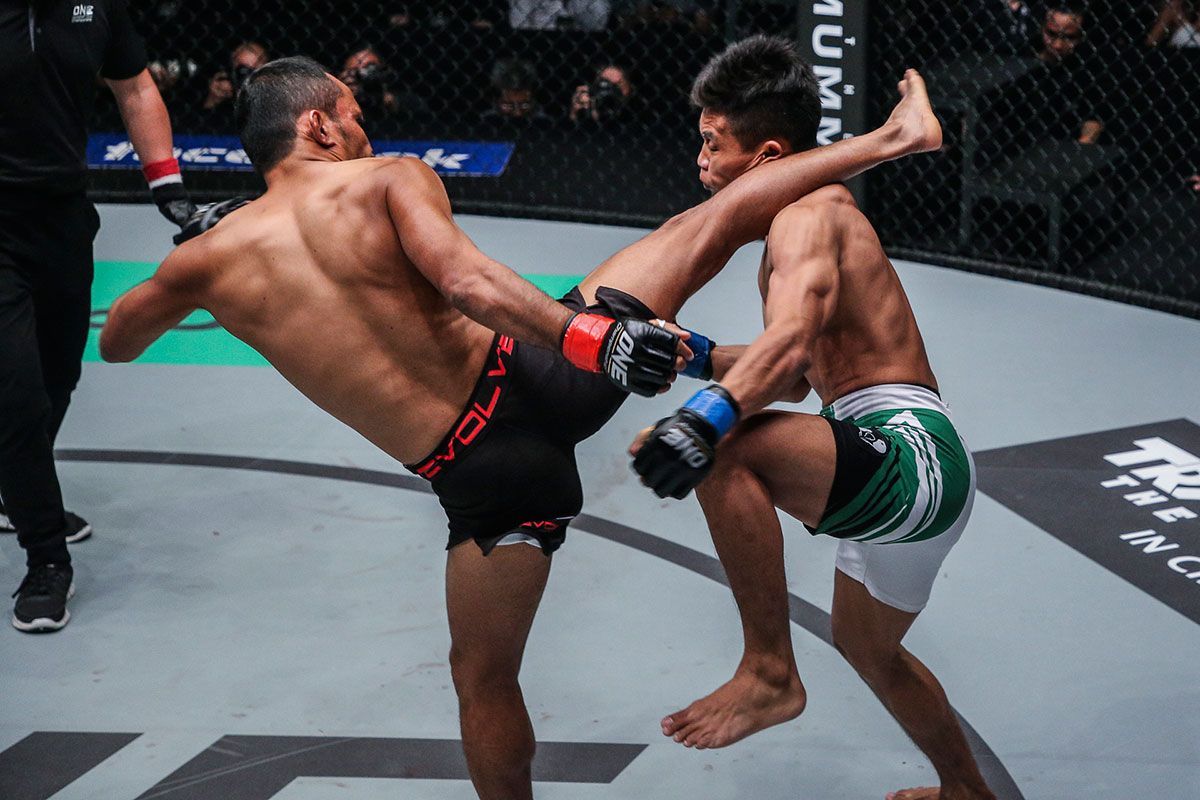 “My mother only found out I was competing when I got inside the ring. You could just imagine the shock on her face when she saw me getting ready to do my wai kru,” he explains. “My mother had no idea I was even competing. She was not the biggest fan of my becoming a Muay Thai competitor.”

Amnuaysirichoke ended up winning his first bout on points, which motivated him to keep on training and improving. Eventually, his mom gave her full support, as she realized her son had a shining talent.

Despite having both his parents’ blessing, things were still difficult for the aspiring Thai champion. But with determination and dedication, success was something he would build with his own two hands.

At 12 years of age, he left home, and along with his teammates, moved into his trainer’s house.

“We made our own makeshift boxing ring,” he says. “We even wrapped some big trees with cloth so we could practice our teeps (push kicks) on them. This time was a true test for me. It was tough.” 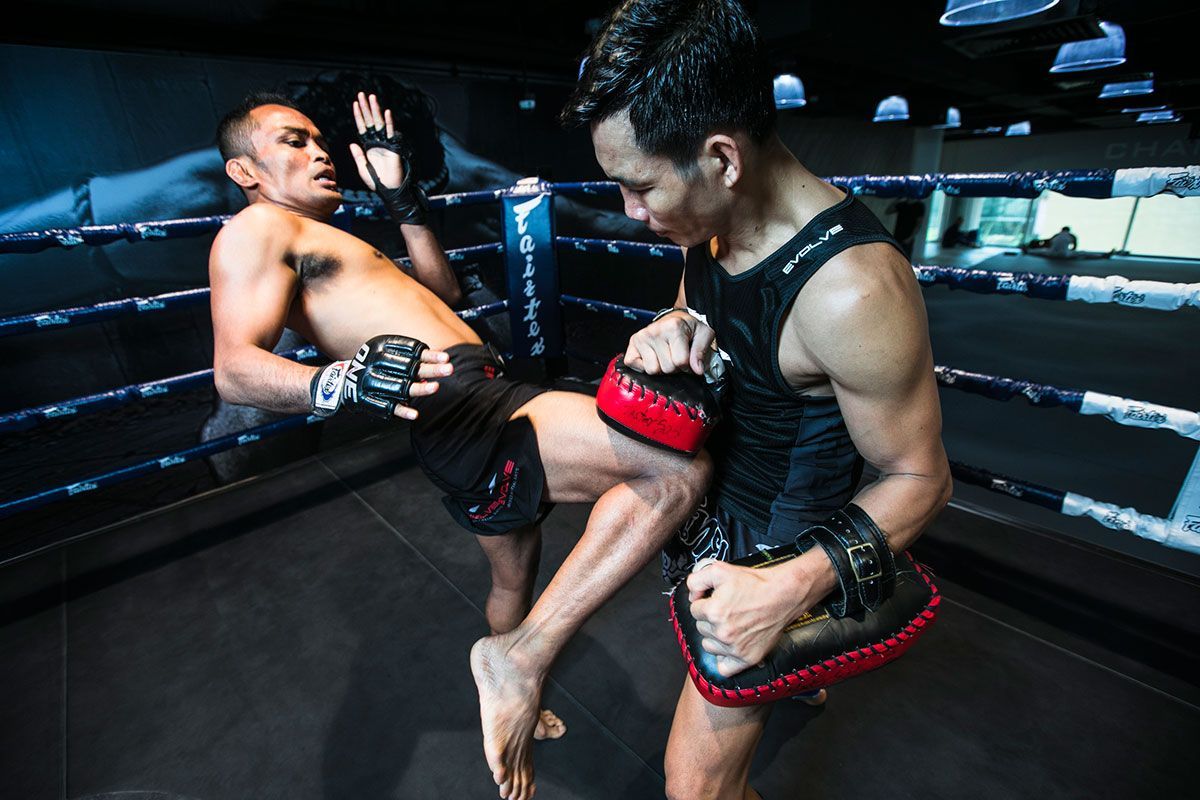 By the time he reached 17, he had relocated to Bangkok, and settled into the famed Lookbanyai camp, one of the best in the country.

Amnuaysirichoke recalls having to wake up incredibly early in the morning to run, train, and then go to school, and after that, train some more. He would repeat this routine on a daily basis. During training, the Thai claims it was the hardest time of his life as an athlete.

“They did not treat us like kids. We had to kick bags until we could not anymore – it is like they wanted to break us,” he explains, remembering the early years of his development.

“I remember crying before I went to sleep that first month. I was so frustrated. The trainer would get all the bigger guys to spar and clinch with me, and beat me up. It was the most grueling experience of my life.”

However, the rigorous training methods soon began to pay off, as it molded him into the Muay Thai legend we know today. 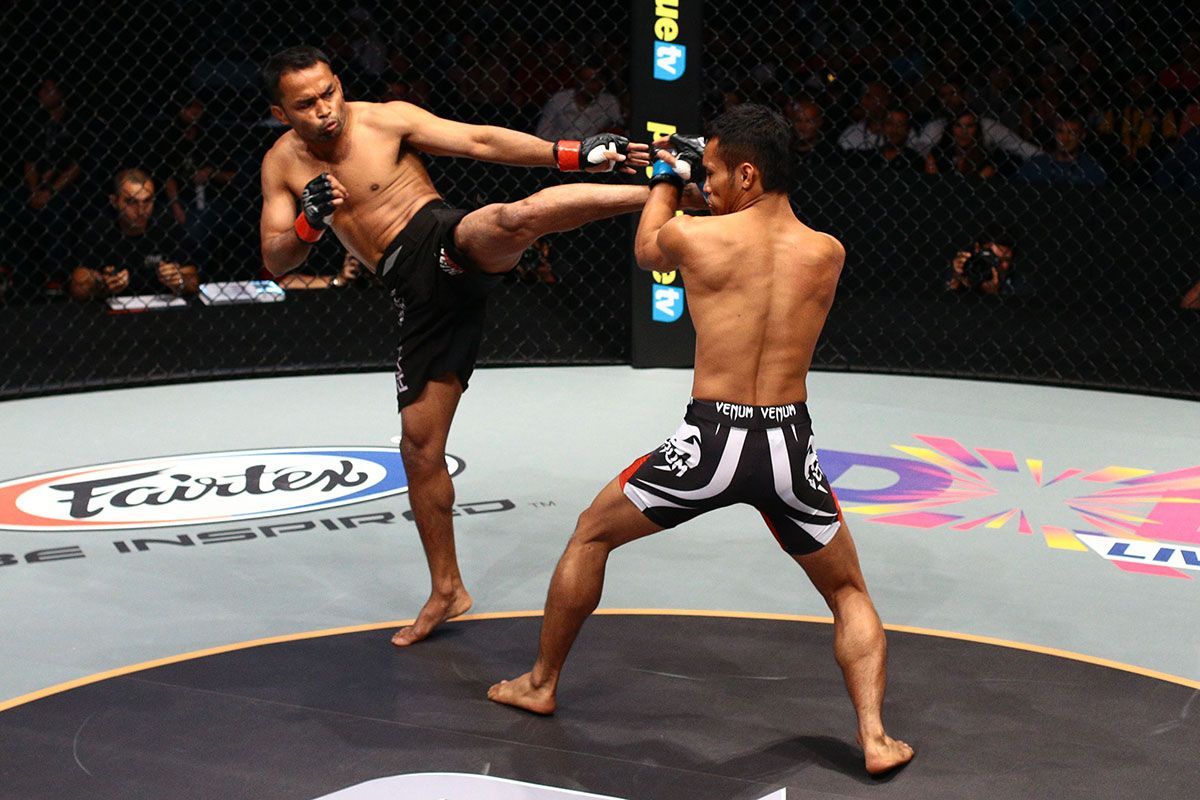 Now, Amnuaysirichoke is one of the most beloved Muay Thai competitors in the history of the sport. The Thai legend owns a phenomenal record of 282-65-3, and has numerous accolades under his belt. He is a three-time Lumpinee Stadium world champion in two separate weight classes, a Thailand national champion, and an Omnoi Stadium champion.

Looking back, Amnuaysirichoke says he owes his life to martial arts, and the opportunities it provided him despite the early hardships.

“I believe that Muay Thai has given me everything I have ever wanted in life,” he explains. “Because of Muay Thai, I was able to support my family, and even send my brother to university.”

Also, Muay Thai led him to seeing the world, working at Evolve MMA in Singapore, and the ONE cage, where he became the inaugural ONE Strawweight World Champion. 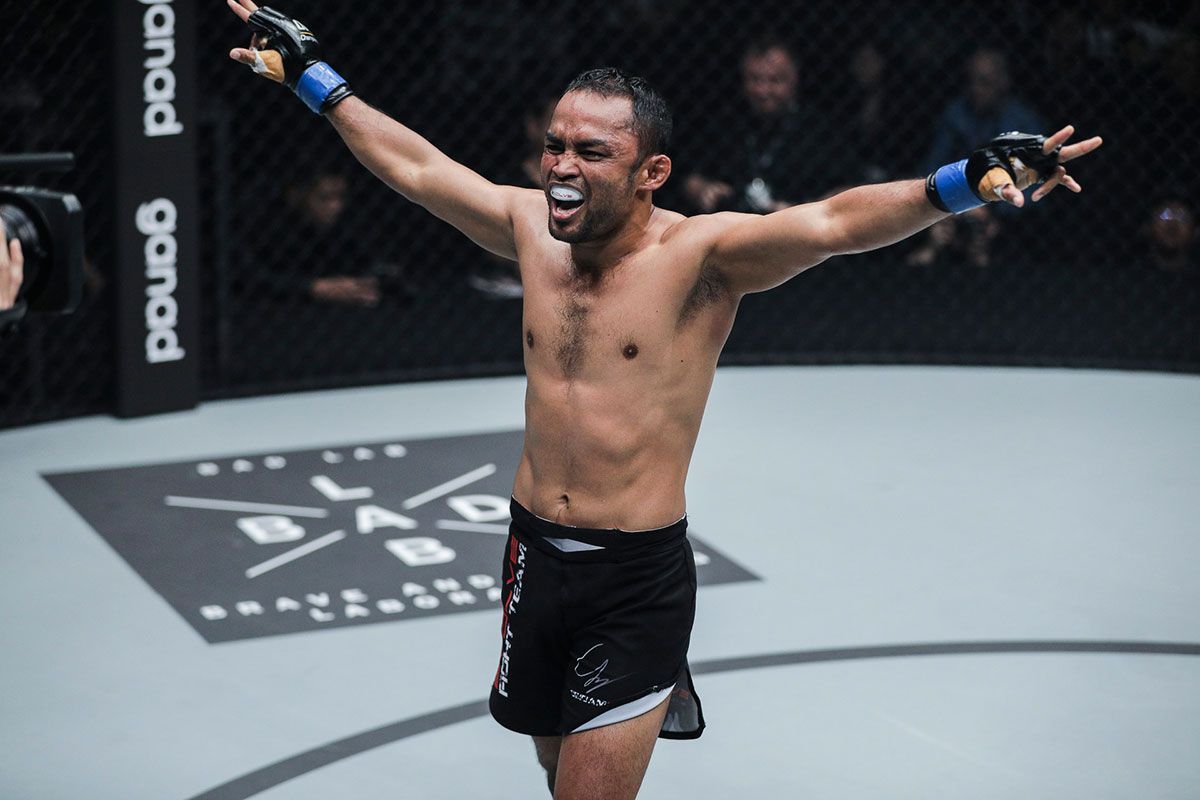 Amnuaysirichoke (8-3) returns to his cage on Friday, 24 March at the Impact Arena in his old stomping grounds of Bangkok, Thailand. He will face the Philippines’ Jeremy Miado (6-2) in a three-round affair at ONE: IRON WILL.

The legendary Thai wants to reclaim the strawweight world title, and victory over Miado will help with his ascension up the ranks. He knows the road back to the belt will not be easy, but as he has proven throughout his life, he will put in the work necessary to achieve success.

“To be a great martial artist, you have to put your career in your own hands,” Amnuaysirichoke says. “It is you who has the power to decide whether or not you want to kick bags for a few more rounds, or run three kilometers more because you want to be the best.”