Dutch-Congolese athlete Chris “The African Warrior” Ngimbi (49-21) takes pride in his world-class striking ability and warrior spirit, and he will get the opportunity to showcase both at ONE: REIGN OF KINGS.

He is scheduled to square off against promotional newcomer, and WMTA World Super Welterweight Champion, Armen Petrosyan (69-17-1) in a ONE Super Series contest on Friday, 27 July.

The kickboxing bout at the Mall Of Asia Arena in Manila, Philippines, will be contested at a catch weight of 72.5 kilograms.

Once again, the Eindhoven, Netherlands-based competitor is presented with an enormous task, following match-ups with two of the world’s best modern-day strikers in his last two outings. 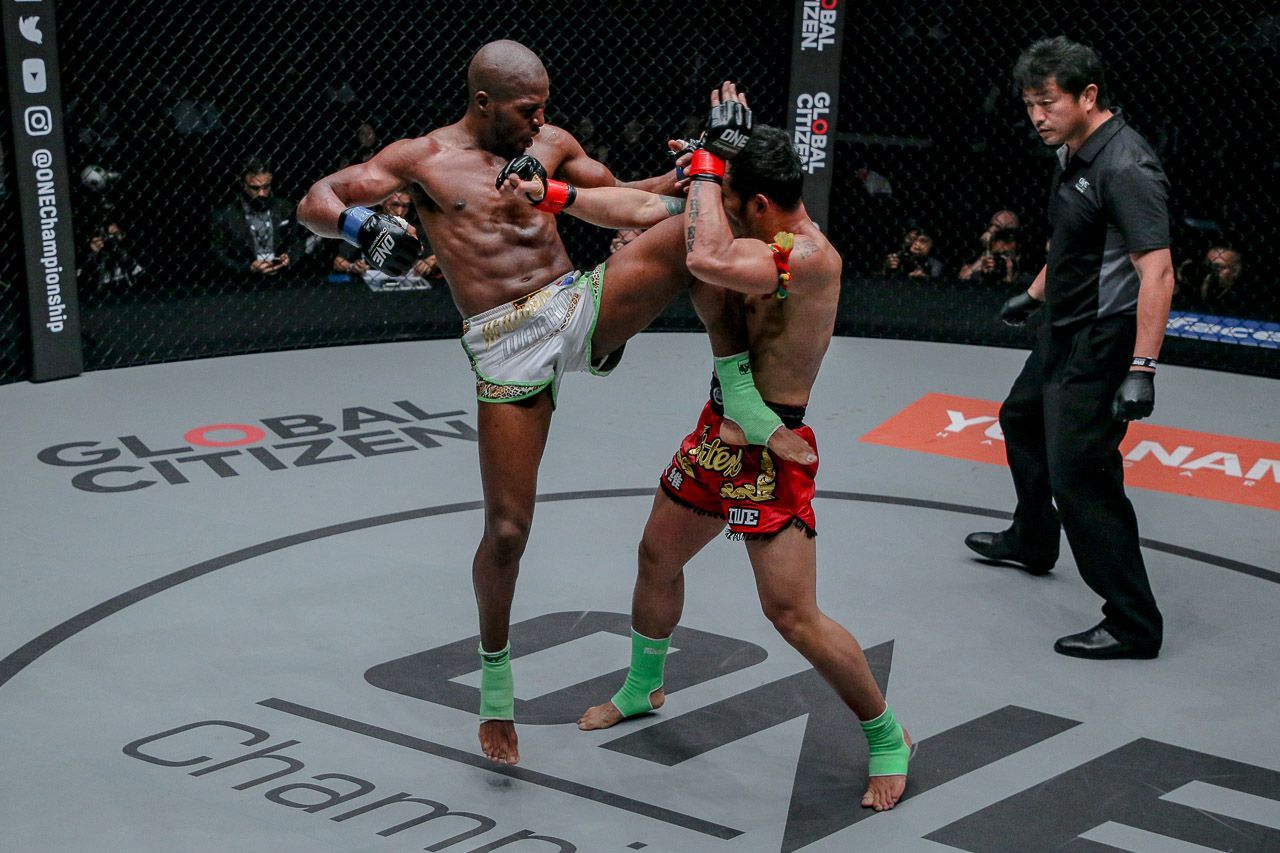 Last October, he met Giorgio “The Doctor” Petrosyan – the brother of his upcoming adversary – for the second time in his career on the Armenian-Italian’s home turf. In May, he made his ONE Championship debut opposite Yodsanklai IWE Fairtex in Singapore.

It is this level of competition that keeps Ngimbi fired up 16 years into his professional career, and he believes he is in the best place to compete against the best athletes in the world.

“I see all the champions that ONE is bringing into the organization. They are all high-level athletes. It is very competitive for all of us, and it will keep me motivated.

“The well-being and the health of the athletes is very important to them too. After all these years, I still managed to find some new good things about the sport. ONE has really distinguished themselves from any other organization that I know.” 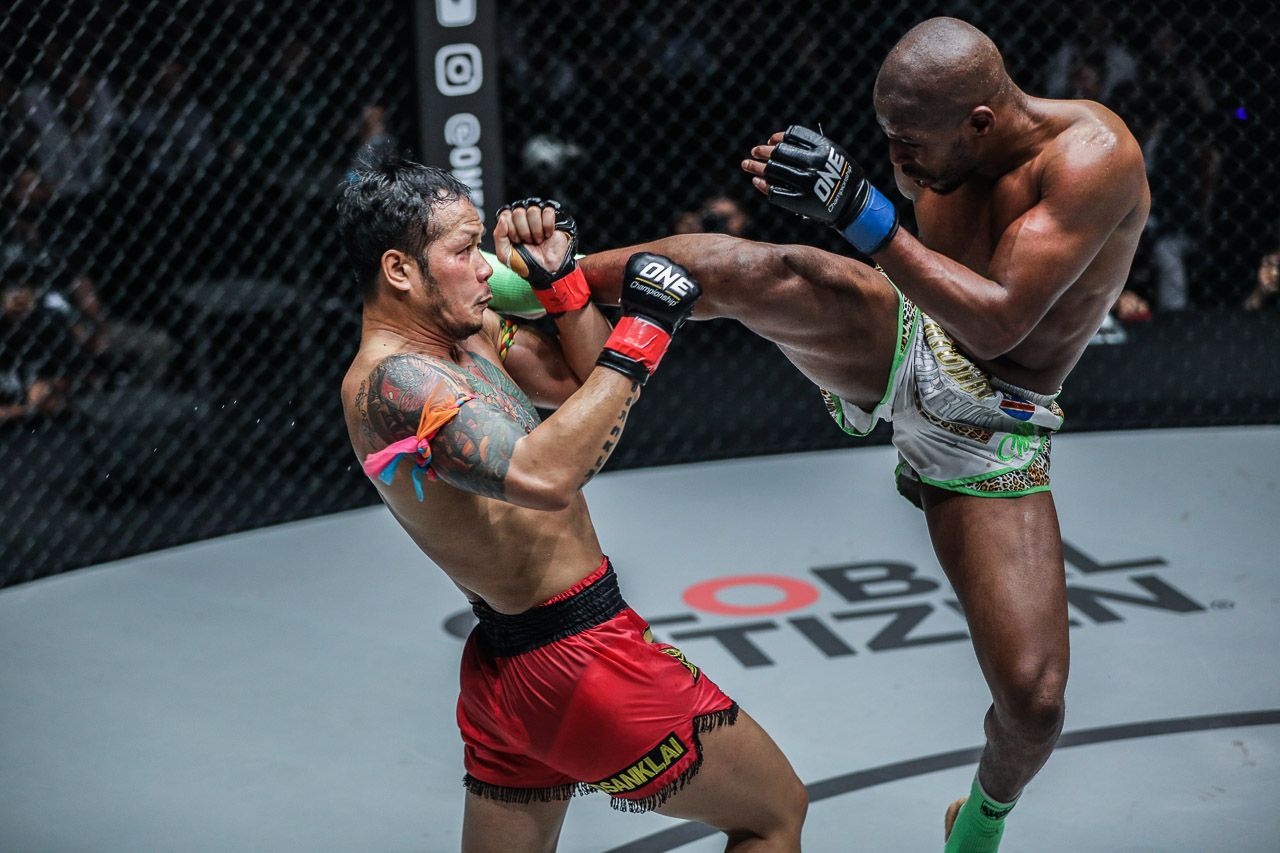 The two-time Muay Thai World Champion kicked off his affiliation with the world’s largest martial arts organization at ONE: UNSTOPPABLE DREAMS in May.

In a thrilling kickboxing contest with Yodsanklai, “The African Warrior” pushed the Muay Thai legend to the limit – especially in the final round, where he poured on the pressure and dictated the action. However, he fell just short of claiming victory.

Following that match-up, the Dutch-Congolese warrior made a quick return to the gym. He was motivated to continue training, tighten his technique, and improve his endurance.

“I picked up where I left off with training, and I am very confident that I can achieve a different result in what should be a great fight.”

In addition to the enhanced physical improvements he will carry into the forthcoming affair in Manila, Ngimbi believes he will be familiar with his opponent’s style.

“The African Warrior” will feed off his experience against his foe’s brother, whom he faced just nine months ago. He says that bout should provide him with some useful insight for his next assignment.

“He is very technical like his brother, and I see him moving like Giorgio, but I am not sure he can take the same pressure his brother can handle,” Ngimbi says.

“I will keep putting that pressure on him to try and eliminate his technical ability so I can get the victory.”

This is what martial arts is all about.

This is what martial arts is all about.

For Ngimbi, a victory over Petrosyan is crucial.

He is excited about all of the world-class strikers joining the promotion, and he wants to face them as he climbs to the top of the mountain and capture ONE Super Series World Title gold.

To do that, defeating the 31-year-old veteran from Milan, Italy is essential.

“I need this,” Ngimbi asserts. “I might have lost the fight against Yodsanklai, but I still felt good, and I am confident I belong here.

“We need the win to make sure we can set up goals a little bit higher. As an athlete, you are always looking to achieve the highest goal there is, and I want a title shot, so we need a win first to take a step in the right direction.”