While most first-time competitors in the locker room are trying to get a grip on their emotions, the American was completely at ease for his big debut. If anything, he was excited to finally make his highly-anticipated mixed martial arts premiere.

“I was pumped,” he says. But that night was extra special. In addition to making his debut, the man known as “Funky”  also backed the event.

“I was actually the promoter of the show, so I was very busy that night,” the 32-year-old remembers. “I decided to promote the show with friends because I could not get myself a bout anywhere else.”

The bout was held during Headhunter Productions: The Patriot Act, which took place on 7 February 2009. It was staged at the Holiday Inn Select Executive Center in Columbia, Missouri, and he was slated to meet Josh Flowers.

Askren already had a dynamic grappling base. After all, he was a two-time NCAA Division I Wrestling Champion who was six months removed from competing in the 2008 Summer Olympic Games. He spent the previous months training at American Top Team on his striking, Brazilian jiu-jitsu, and blending all of the disciplines together.

From the moment “Funky” agreed to the match, he knew it was not going to last long.

Once the bell rang to begin the match, Askren was calm and cool. He dodged some initial punches, grabbed his opponent’s legs, and easily secured a double leg takedown against the cage.

The former University of Missouri wrestler patiently transitioned into full mount and landed some strikes. Flowers rolled over in a desperate attempt to escape, but “Funky” stuck to him like glue and dropped more strikes until the referee called an end to the contest. The bout lasted a mere 1:25.

Unlike some combat sports athletes who simply cannot make a successful switch to mixed martial arts, Askren did impressively, and rather effortlessly, at that. However, he was not surprised nor looking for any reassurance. He was already confident of his talent and ability, and knew he could make a name for himself. 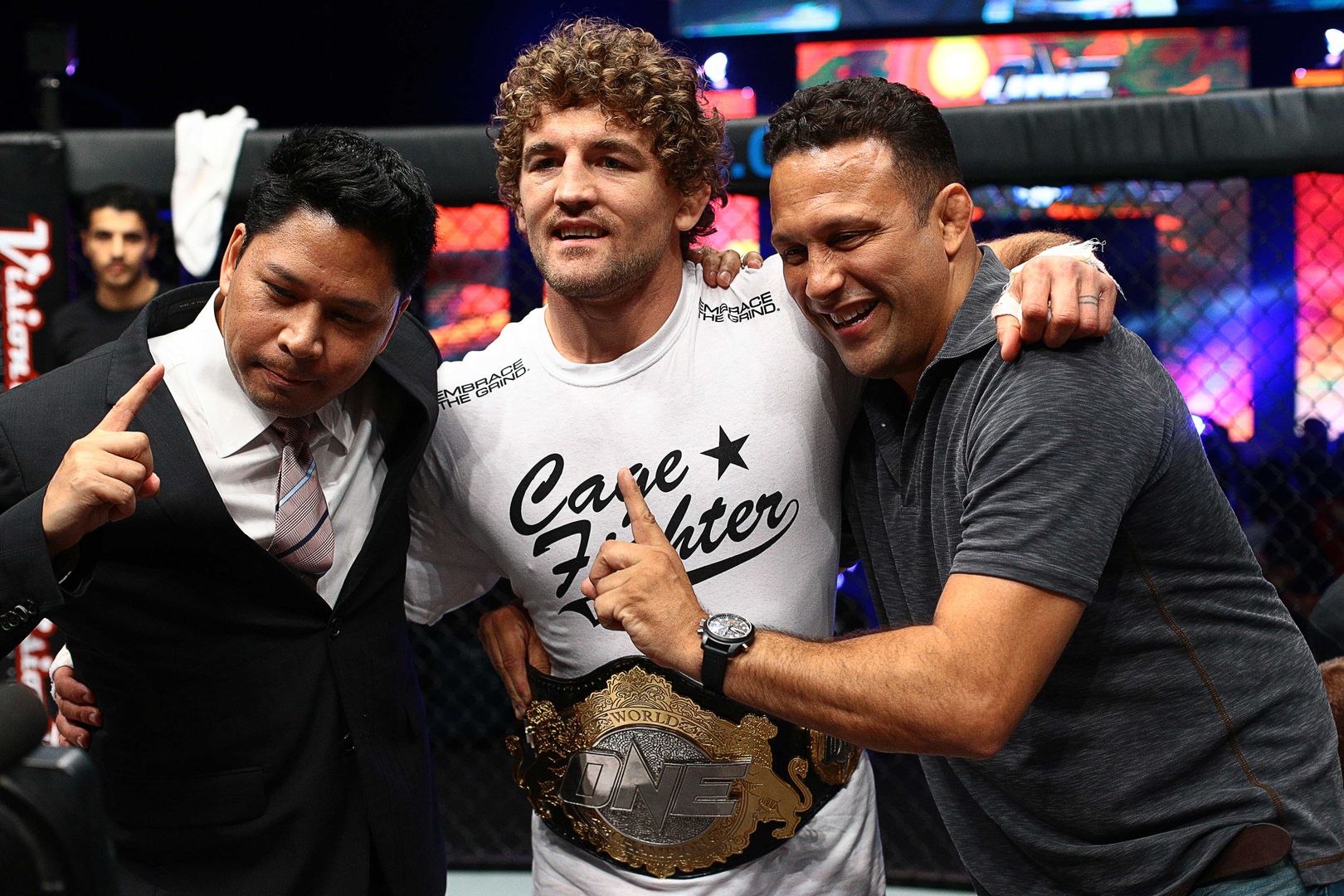 In fact, when asked if he learned anything about himself from that match, he bluntly says: “nothing.”

“You must be tested to learn something about yourself. I was not tested. As a matter of fact, I have not been tested often — maybe never — in mixed martial arts. What I learned about myself, I got from being challenged in the sport of wrestling,” Askren said.

Now at a perfect 16-0, 1 No Contest, and in sole possession of the ONE Welterweight World Championship, he hopes to get a challenge from Sweden’s Zebaztian “The Bandit” Kadestam (9-3) at ONE CHAMPIONSHIP: SHANGHAI on Saturday, 2 September

While Askren may not have necessarily learned anything about himself from his debut match, he did leave the Holiday Inn Select Executive Center with an incredible memory, and some knowledge about the business.

“I enjoyed it a lot and knew it was something I would stick with,” he says. “It was a blast to promote, and I enjoy being busy, so I enjoyed the entire experience. It was also gave me a great understanding of the business side of mixed martial arts right off the bat.”