The ONE Welterweight World Champion is set to defend his coveted title against top contender Zebaztian “The Bandit” Kadestam (9-3) at ONE CHAMPIONSHIP: SHANGHAI. The bout takes place as the main event this Saturday, 2 September, at the Shanghai Oriental Sports Center.

Askren has been in this position before. The 33-year-old American is a seasoned veteran who has competed at a world-class level for the past decade, and knows exactly what it takes to win.

Unlike many other athletes who spend multiple hours a day inside the gym, working on new techniques and doing huge amounts of cardio, Askren is preparing for his title clash as smart as possible, by not working out his body and mind to the point of exhaustion.

“I train about ten times a week,” he explains. “Not all of those sessions are super hard. Obviously, some are easy and some are harder. I will usually train two times a day for four days, and once a day for two days.” 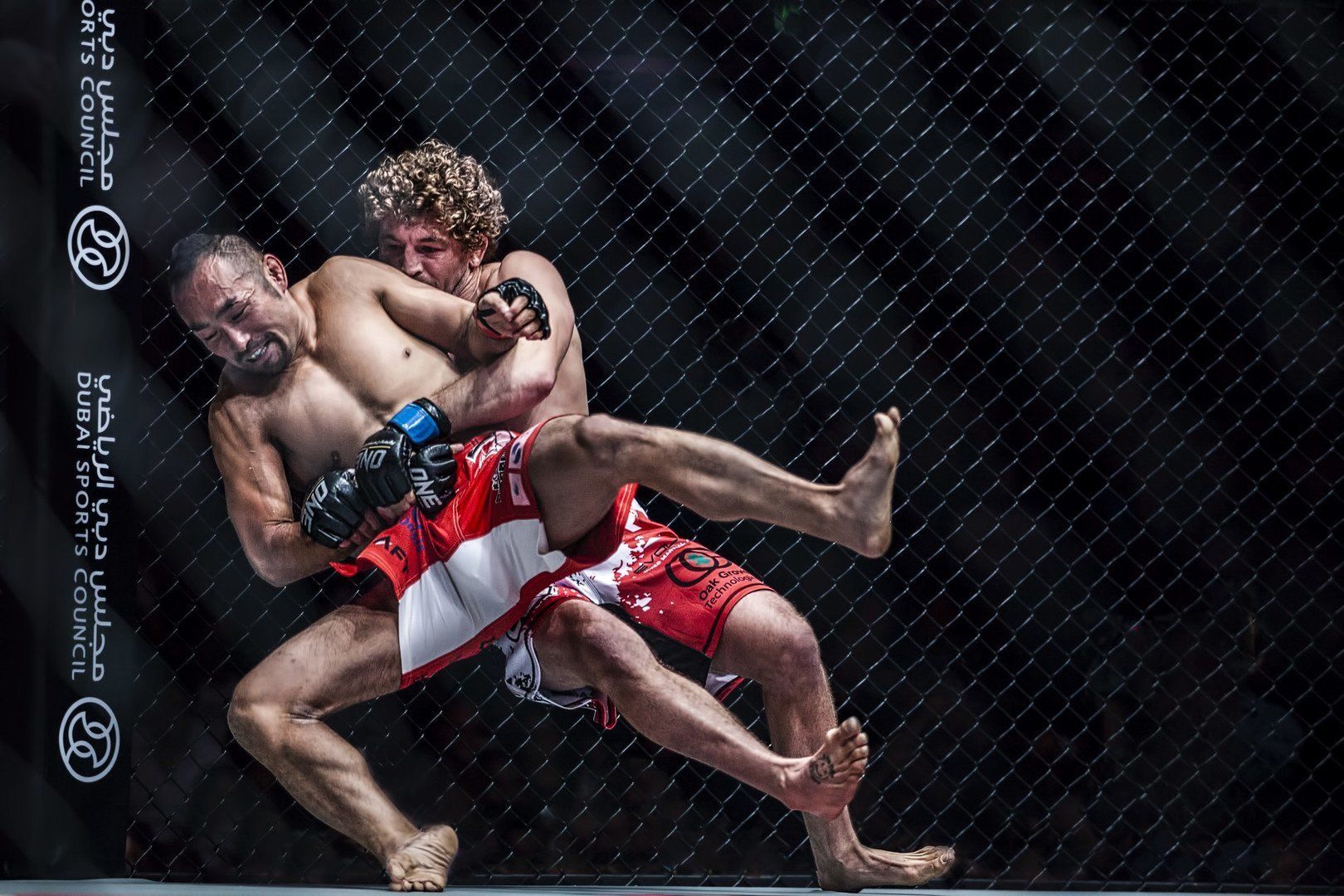 Each session can last anywhere from 45 minutes to an hour and a half, and includes all aspects of physical fitness.

Although his schedule often varies day-to-day, the unbeaten champion spends the bulk of his training at the main branch of the Askren Wrestling Academy in Wisconsin. There, he works alongside some of his closest and most trusted training partners on his grappling, striking, and overall martial arts strategy.

He supplements that by practicing his submission game at 360 Brazilian Jiu-Jitsu Academy in his hometown of Wauwatosa, and does his strength and conditioning at CrossFit Funky, of which he is a minority owner, in nearby New Berlin.

Also, he makes sure to get a hot yoga session in weekly because, like he says, “As I have gotten older, I have felt the need to help myself feel good, and recovering from training is a little harder than it used to be.”

By Askren’s tally, he spends roughly 15 hours a week training for his upcoming championship tilt. While other competitors have the tendency to brag about how often they are in the gym, the champ is more concerned about staying fresh and enhancing his strengths.

“I think, number one, a lot of people like to exaggerate the amount of time they train to make themselves feel like they are working harder. Number two, a lot of athletes do overtrain, and spend a lot of time doing things that are unnecessary,” Askren explains.

“I have been competing at a high level since I was 14, so I have really focused and honed in on what I need to do to prepare for competitions. I do train less than I use to, because my body cannot handle as much as it used to when I was 18.”

At the age of 14, Askren dedicated every fiber of his being to amateur wrestling, which is famously known as one of the world’s most physically-demanding sports. He competed during the season, and practiced his craft while attending camps year-round. That essentially lead him to a pair of Wisconsin State Championships, two NCAA Division I Championships, and the honor of representing the United States at the 2008 Summer Olympic Games in Beijing. 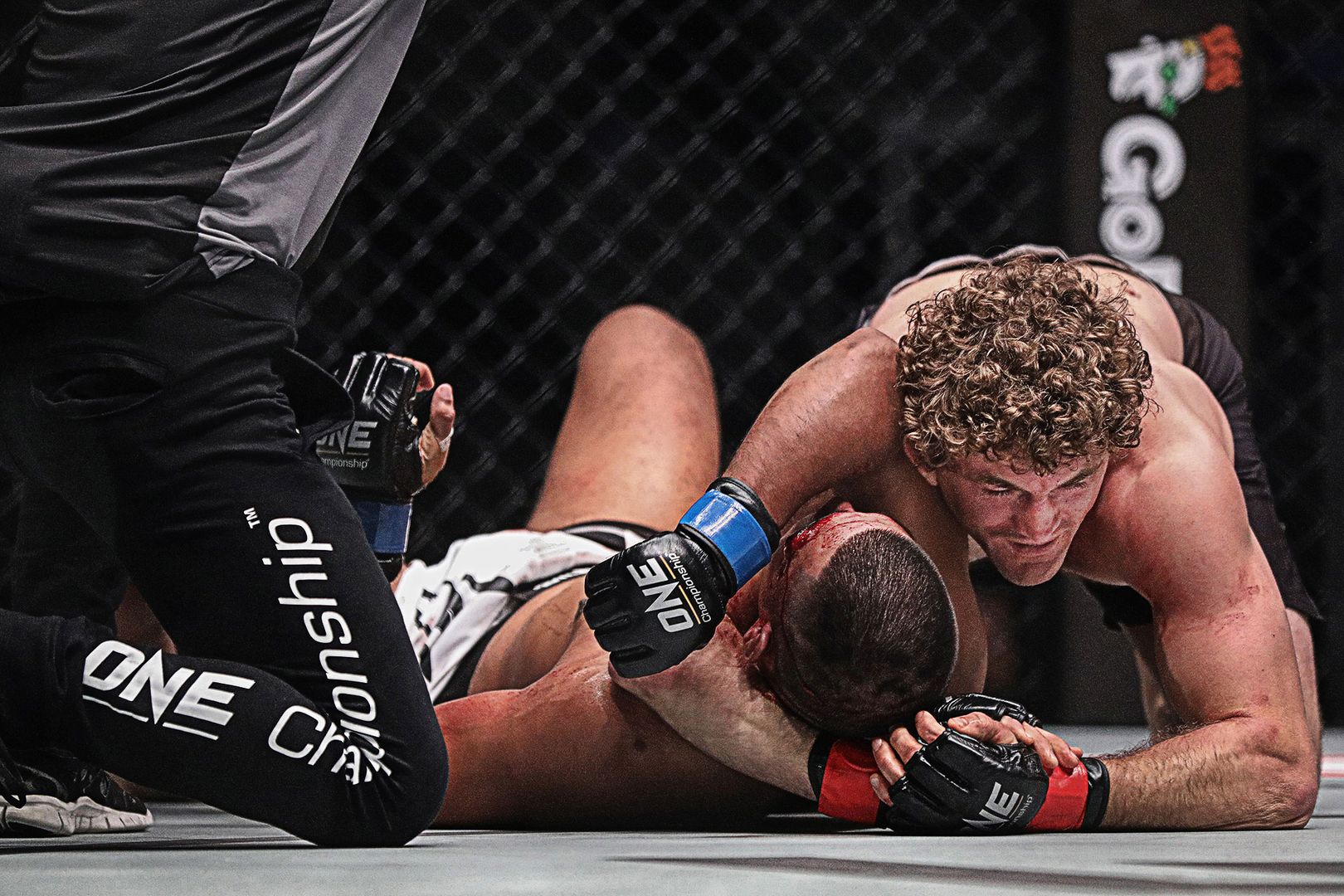 Following a successful wrestling career, he immediately transitioned into professional competition, and devoted his time to learning a whole new skill set to compliment his world-class grappling base. But as he accommodated those skills and refined his style, he started training less and, more importantly, he started training more intelligently.

“Your mind can handle only so much per day, and so much focus and so much attention to something. Once you cross that threshold – and it is different for everyone – then you are mindlessly training. You are not really getting better at what you are doing; you are just putting the time in,” he explains. “So if you look at the science behind it, you have to be in the moment with what you are doing, and really focus on what you are doing, otherwise the time is kind of worthless.”

Askren has made effective use of the valuable commodity known as time, and despite training less, he has only gotten better. That is evident by the ONE Welterweight World Championship around his waist. He will defend that against Kadestam this coming Saturday, and will try to defeat him as quickly as possible.

After all, the champ’s time is valuable.