Former ONE Middleweight World Champion Vitaly Bigdash is back in Southeast Asia, and preparing for an epic return at ONE: GRIT & GLORY.

After being forced to withdraw from his bout with Leandro Ataides back in January due to a staph infection, the Russian warrior is all healed up, and has returned to Phuket, Thailand, to prepare for his middleweight showdown. 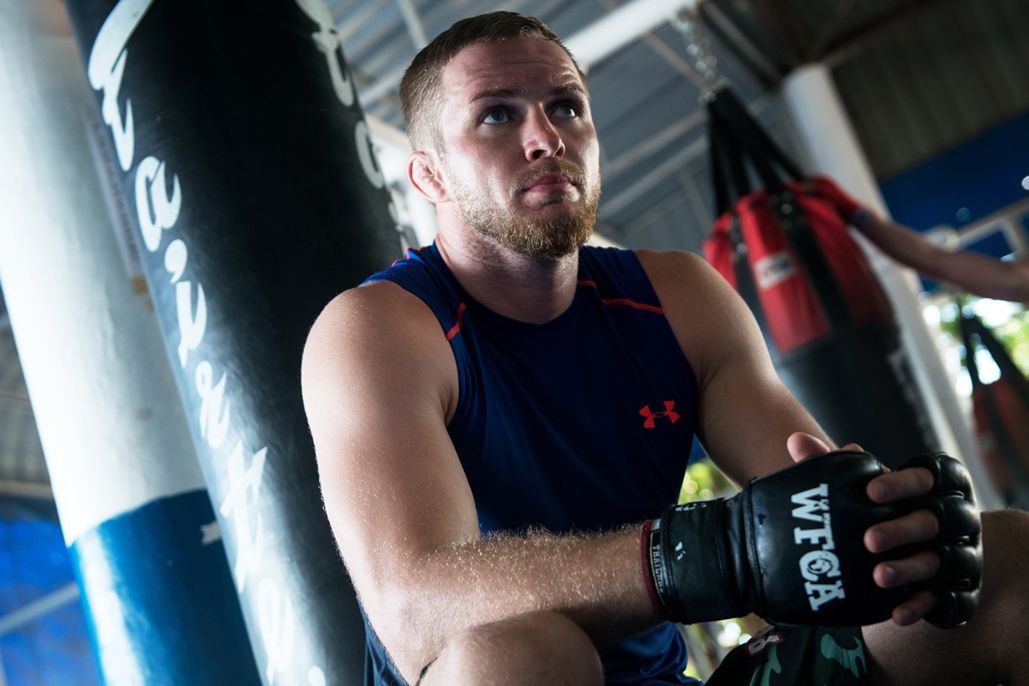 Bigdash, who regularly trains with the Akhmat Fight Team in Russia’s Chechen Republic, travels to Thailand for one month prior to his match-ups. It is a routine he has been following regularly since 2012.

“My team and I were looking for a different place to get a fight camp done,” the 33-year-old recalls.

“We chose Thailand, because its training camps were getting more and more traction on social media. Back then, we chose Tiger Muay Thai in Phuket. The training was all right, but what impressed me the most was its stunning nature, kind people, and delicious food.”

During that visit, Bigdash, naturally used to the much colder climates of his motherland, noticed that by allowing his body get acclimatized to the heat of Southeast Asia’s weather, he could significantly boost his performance on event day. 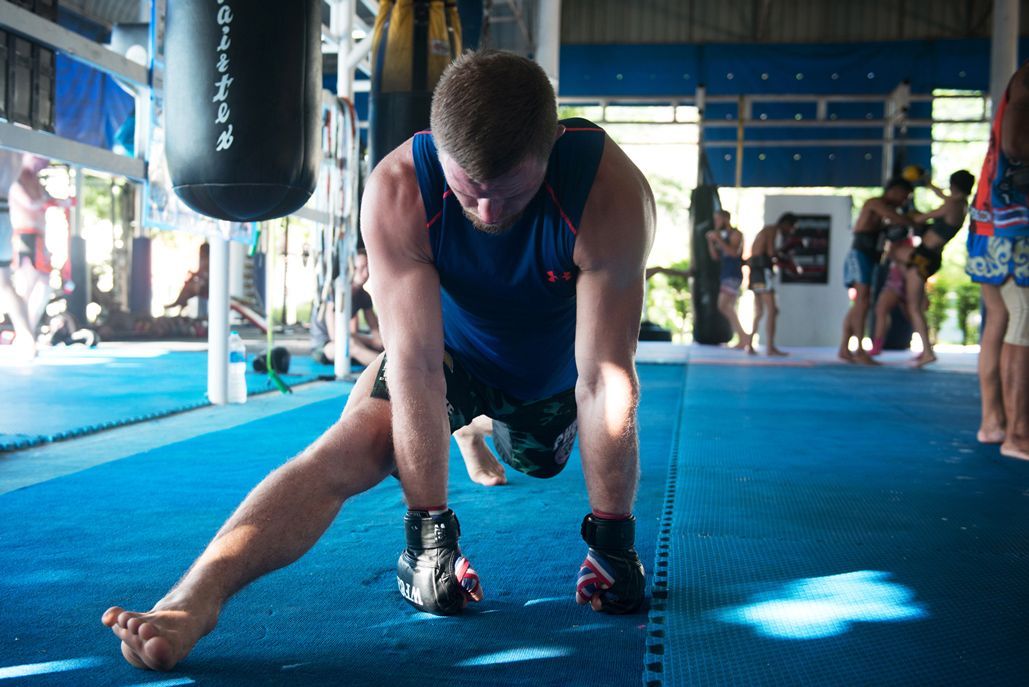 Thailand’s hot and humid environment might seem tough for some athletes, but the Russian cannot praise the benefits of training in Thailand enough.

“It is hard to train in Phuket because of the humidity, but it helps me get acclimatized better,” he says.

“Training here also increases my endurance. Being here makes it easier to cut weight naturally just through training and dieting. I just eat well and train, and the weight seems to fall off.”

Another big reason Bigdash keeps coming back to the country is because of the special bond he has cultivated with the coaches and owners of Phuket Top Team. 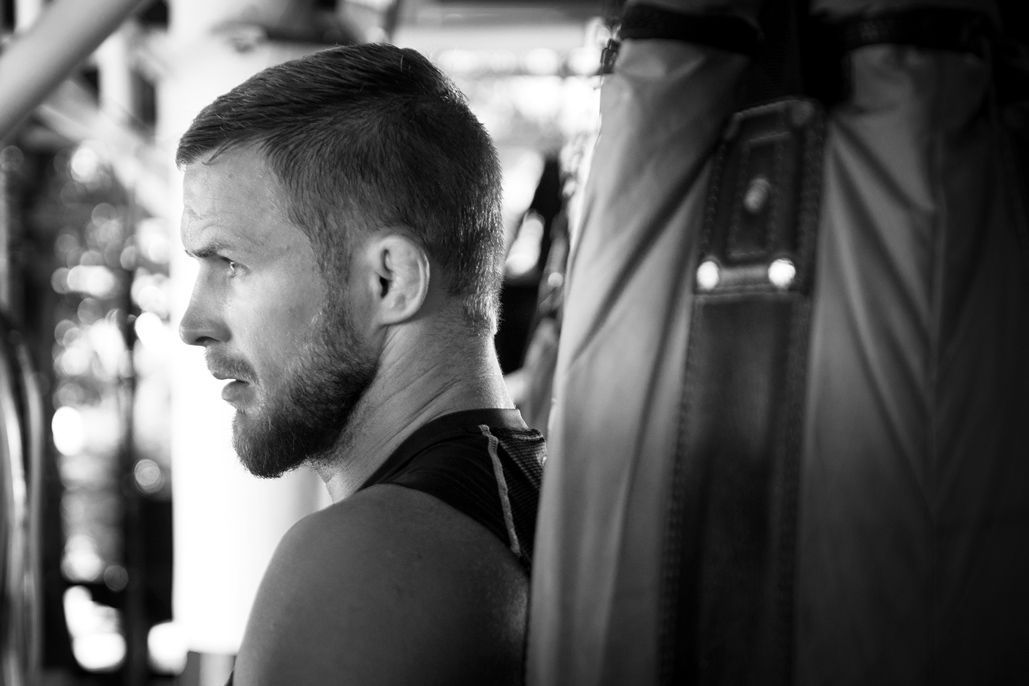 Phuket Top Team is one of the most famous facilities on Soi Ta-ied, a long street peppered with gyms offering Brazilian jiu-jitsu, Muay Thai, mixed martial arts, crossfit, and more.

“I now consider Phuket Top Team my second gym. It is impossible to imagine my year’s calendar without a trip to Phuket, and rolling on the mats with these guys,” Bigdash says.

“The owner Boyd Clarke and his wife Kannika have always helped me, and made my team feel welcomed. There is this warmth and family atmosphere that I did not encounter in other camps, which seem to be too commercial.

“Besides, the team here is great, and I take advantage of a wide range of training available from Muay Thai to grappling. Their mixed martial arts and wrestling coach Eric Uresk is a top guy, and I have learned a lot from him.”

However, Bigdash does admit that it could be challenging finding quality sparring partners of his size when visiting Thailand. After all, the Russian stands at 184 cm, and competes at 93kg. When visiting, he is one of the biggest martial artists on the island.

As a result, he takes a lead from fellow countryman Marat “Cobra” Gafurov, and brings some of his closest allies to Phuket.

“It is a bit of a draw of luck. Sometimes the gym is full of beasts, and sometimes there is no one decent for me [to train with], but I usually bring some guys with me. They are my sparring partners, my friends, my coaches, and my cornermen all in one.

“The lack of sparring partners does not matter though, because I start my fight prep two months before the fight. During the first month, I drill a lot, and the second half is more focused on getting my body to its peak performance stage, and getting acclimatized.” 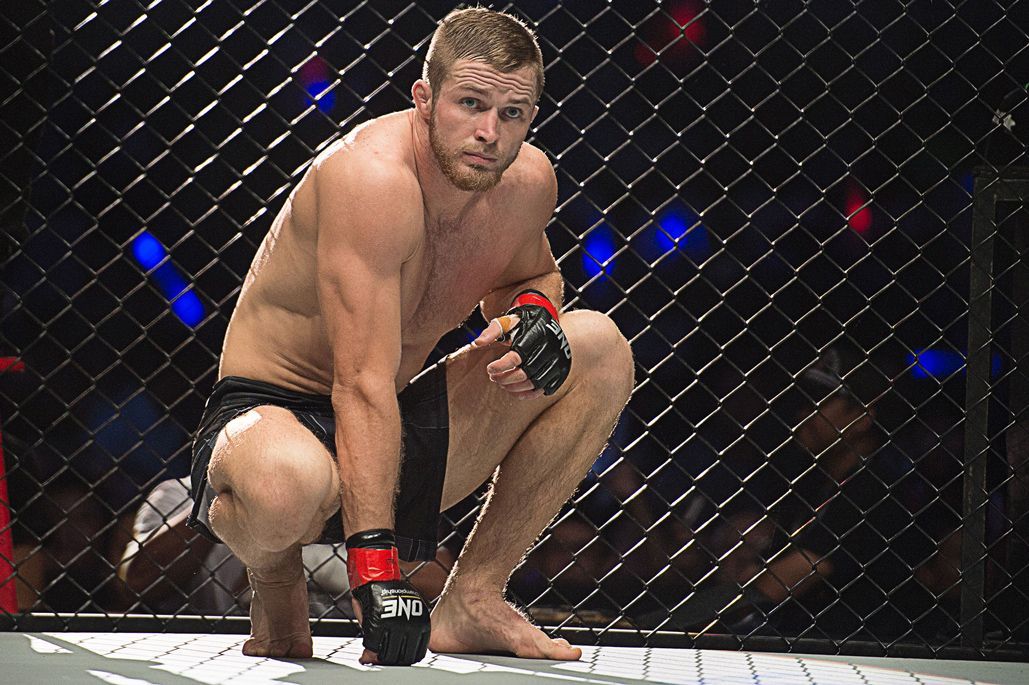 While he frequents Thailand a few times a year for his training camps, he has not been able to take full advantage of what the country, or the region, has to offer. It is something he regrets, but he always keeps his eye on the prize, and appreciates the little bit of beauty he sees during the journey.

“Southeast Asia is so beautiful, but I am here to work,” he says. “Most of the time, all I see is the gym and the beach, but even that makes me happy every time I am in the region.”

Bigdash will be even happier to see his hard work pay off. He is currently finishing up his camp at Phuket, and will soon fly to the nearby country of Indonesia to clash with Ataides at ONE: GRIT & GLORY.

If he were to defeat “Leo” in the Jakarta Convention Center on Saturday, 12 May, then Bigdash could quite possibly return to his second home of Thailand soon, and train for a middleweight world title bout.