For the last four years, Ann “Athena” Osman (5-3) has carried a great responsibility on her shoulders. As one of ONE Championship’s first women competitors, the strawweight has been in the spotlight from the very moment she made her debut at ONE: TOTAL DOMINATION in October 2013.

Despite losing to Sherilyn Lim via split decision, Osman proved that she was someone to watch, both because of her promising skills and her status as a pioneer in Malaysia’s rapidly growing martial arts scene.

“When I just started out, it was crazy,” the 31-year-old recalls. “We were one of the earliest women’s bouts in the company’s history.” 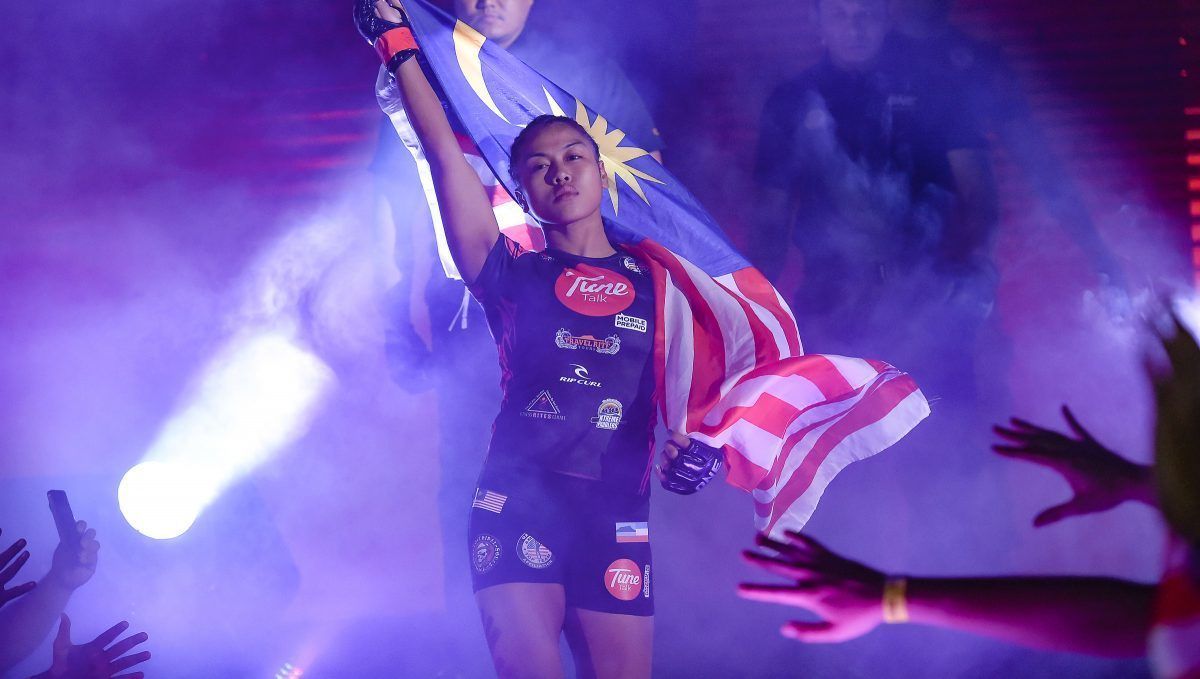 The bout was also another chapter in the long rivalry between Osman’s home country and Lim’s native Singapore.

“Having ONE market a women’s bout between Malaysia and Singapore caught a lot of attention,” she says. “I felt the pressure to deal with the attention, and to make sure that I won for my country.”

In the years to follow, “Athena” made her nation more than proud. Since her debut, she has won five of her last seven bouts, including her most recent match against Cambodian striker Vy Srey Khouch at ONE: THRONE OF TIGERS. 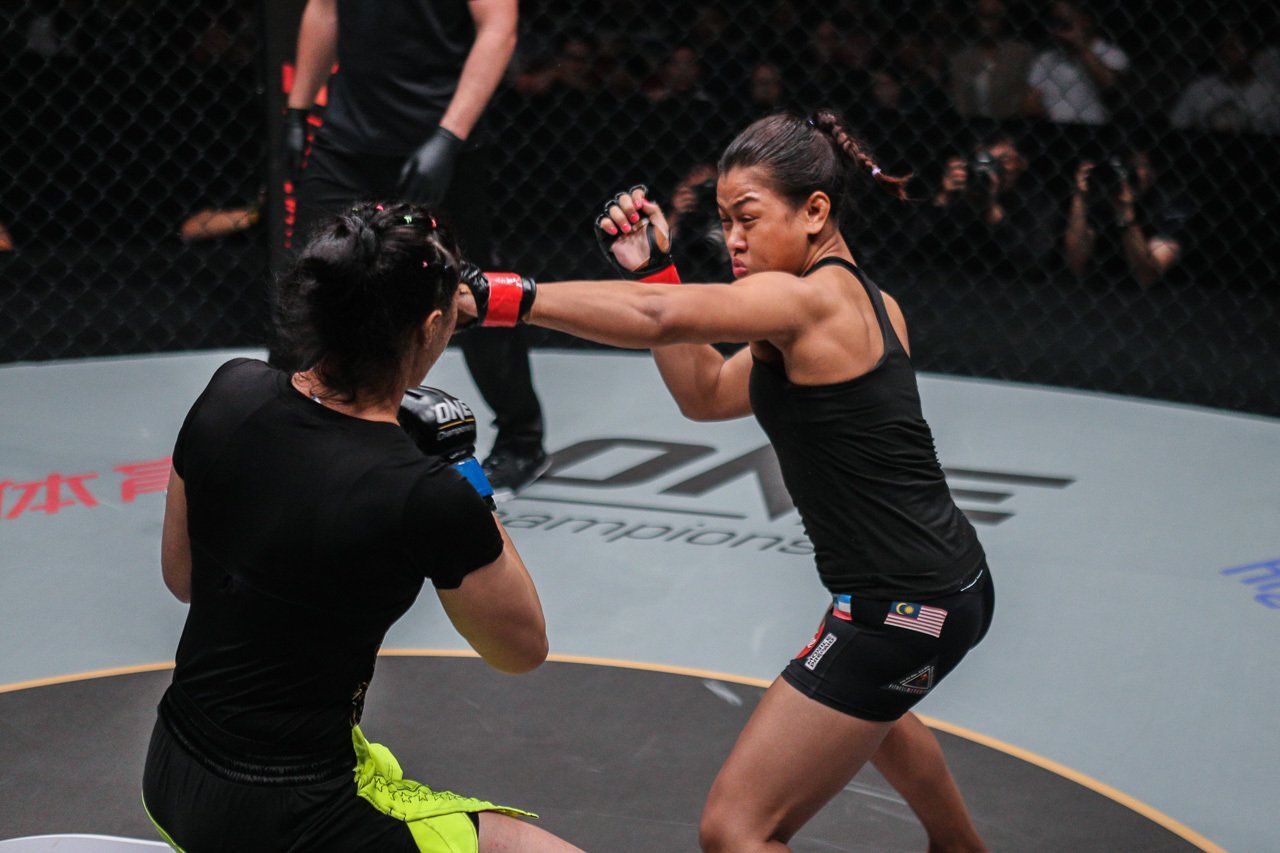 Now, a familiar situation approaches once again and international rivalries will be renewed. On Friday, 18 August, Osman will have the opportunity to welcome Singaporean athlete and former Olympic swimmer May Ooi (2-2) to Asia’s grandest stage at ONE: QUEST FOR GREATNESS, live from the Stadium Negara in Kuala Lumpur, Malaysia.

“I have met her, and I have seen her compete live. She probably has those swimmer lungs,” the Malaysian says with a laugh. “I expect her to have good endurance. She seems to still be developing.”

The Singaporean, who enters the organization at age 41, is a capoeira practitioner who possess a blue belt in Brazilian jiu-jitsu, and is well-versed in Muay Thai and boxing. Although Ooi’s two defeats have gone the distance, her dual victories are both by TKO. 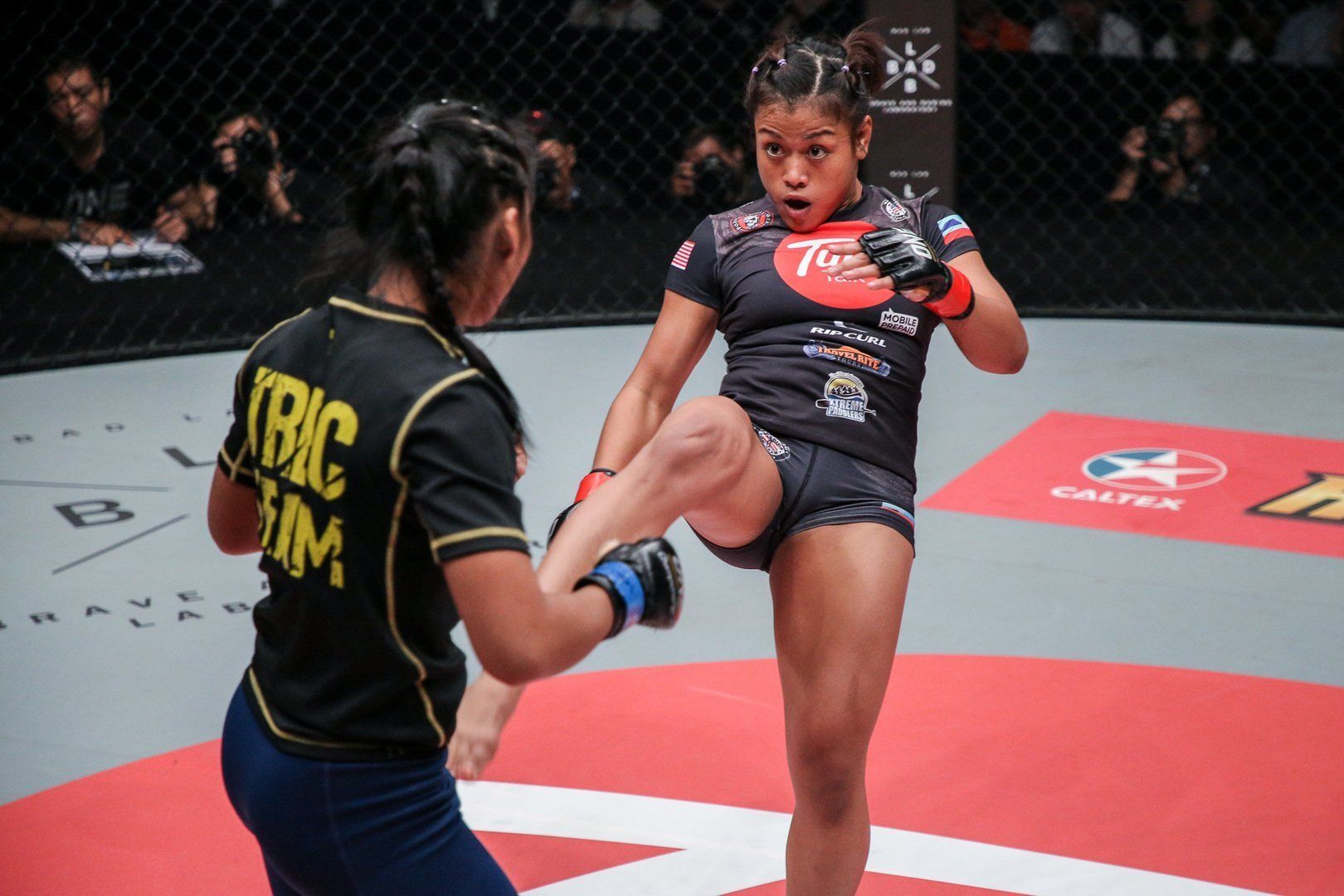 However, the Malaysian veteran will be well prepared. After all, she seems to have everything down to a science.

Osman, who co-owns Fitness Rites Centre and Travel Rite Tours, has diligently balanced her entrepreneurship with her workout routines. Ultimately, the elite athlete has become a master of time management to ensure her martial arts training does not suffer.

“My day starts at eight or nine in the morning. Some days, it is training on my own for strength and conditioning for one and a half or two hours. Then I go to the office. By four, I head to Borneo Tribal Squad for techniques and sparring.”

The grind does not stop on the weekends. Osman continues her strength and conditioning training on Saturdays. On Sundays, she runs as far as 10 kilometers. In addition to all of that, Osman has worked hard to improve her jiu-jitsu, and she even recently trained with Carlson Gracie and attended seminars in Kuala Lumpur.

Osman is expecting the unexpected. And, for someone who is used to ending things early, “Athena” knows she may be in for an extended evening.

“It is an exciting bout and a good matchup. We have different styles. She likes to take it three rounds, whereas I am very explosive. Anyone would love to finish it early, and that is what I do,” the Malaysian states. “Most of my matches are over in the first round, but we just have to be ready for what’s to come. She may try to delay and stick to her striking, but I will be ready.”