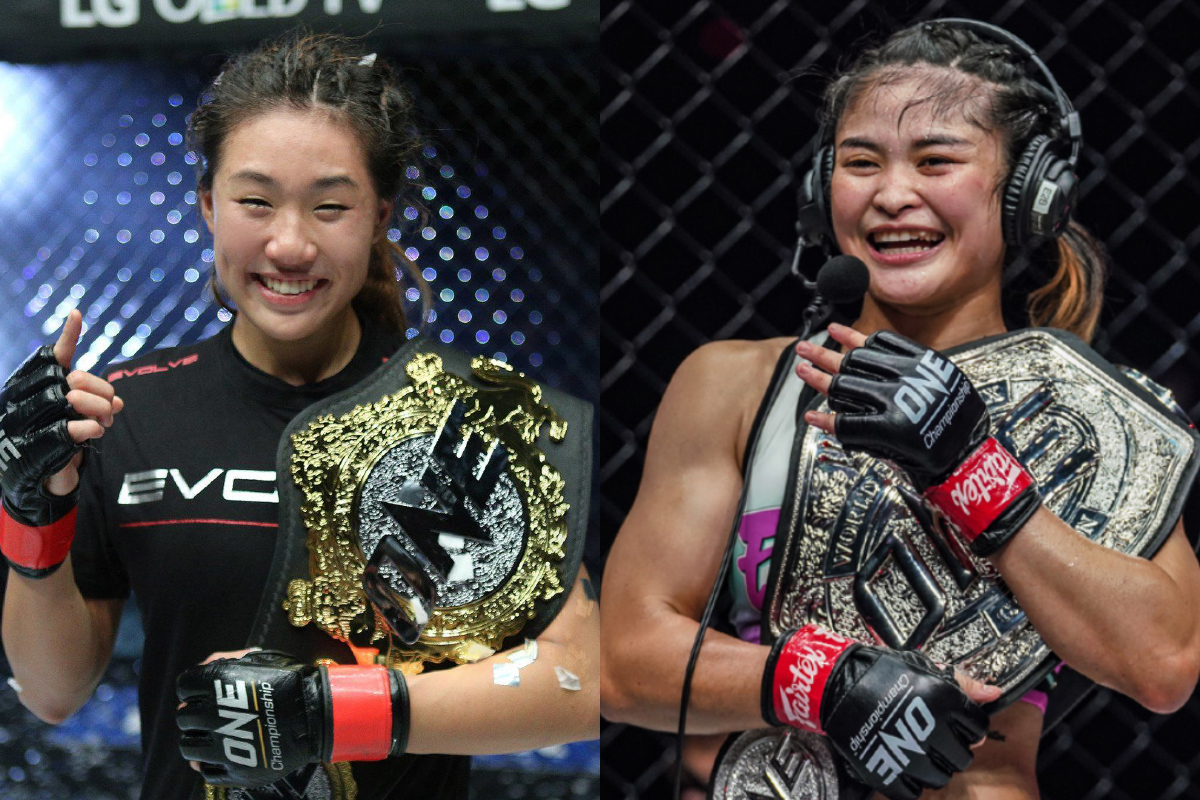 ONE Women’s Atomweight World Champion Angela Lee and rising challenger Stamp Fairtex are ready to square off in one of the most intriguing World Title fights in recent memory.

The pair will headline ONE X: Grand Finale this Saturday, 26 March, and there’s a genuine split between those backing “Unstoppable” and those who think Stamp’s era is about to begin.

Lee has dominated the division since claiming the inaugural golden belt in 2016, but following her prolonged layoff for pregnancy and motherhood, nobody can predict how she’ll look against one of the most active athletes on the entire roster.

On the other side, former kickboxing and Muay Thai queen Stamp is trying to complete her incredible transition to MMA and become the only three-sport World Champion in ONE history.

It’ll come down to a combination of mental and physical warfare when the Circle door slams shut at the Singapore Indoor Stadium. Here, we break down the biggest keys to victory for each superstar.

While #1-ranked Stamp has worked hard to improve her grappling game, she will undoubtedly try to stay standing with the Brazilian Jiu-Jitsu black belt, and maintaining her distance is the easiest way to do that.

The Thai phenom throws strong straight punches that will help keep the Singaporean-American at bay. Her jab can fend off Lee, and her thudding straight right can do damage behind it.

The Fairtex star also employs strong kicks – beyond the level that Lee has faced to date. She can chop away at the champ’s legs from far out to limit mobility, though she shouldn’t throw with reckless abandon.

Meanwhile, kicks to the body are extremely common in Muay Thai, and as a lifelong practitioner of the art, Stamp will also have the urge to use them. However, she’ll need to resist that temptation so that she doesn’t offer Lee an easier route to a takedown.

Used sparingly, though, the body kick might still work on “Unstoppable,” as Xiong Jing Nan showed in their first contest at strawweight.

Lee claims that her extra years of MMA experience will make the difference, and that extensive background is evident in her masterful ability to switch seamlessly between the ranges of combat.

This will be the key element of her offense, as she’ll need to ground the challenger to sway the odds in her favor – though doing it safely and effectively won’t be straightforward.

Traditionally, the Evolve MMA and United MMA athlete finds most of her takedown success in the clinch. But that’s more difficult against a strong Muay Thai stylist, so Lee must commit to her punches, get Stamp to block high, and then shoot for the legs.

If the initial attempts fail, “Unstoppable’s” can press the action to the Circle Wall or try to work from underneath as a backup plan.

And if she’s struggling to find a way in, Lee can sit back a little more and try to take advantage of Stamp’s offensive kicks by catching a leg and rushing her to the mat that way.

Stamp knows Lee will be trying to close the distance, so it’s imperative that she’s ready with her frames and sprawls to prevent getting tied up and taken down.

The Fairtex athlete’s sprawl is fast, and she has heavy hips to prevent effective chain wrestling. But if Lee tries to work off her own back to engage in a ground fight that way, Stamp should avoid following her and back up instead.

When Lee clinches her upper body, the main threat comes from her trips. So if the Thai can use frames with her arms to prevent her opponent from getting good grips, she’ll be in a much safer position to strike and then break free without getting her legs tied up.

This kind of battle is very physically taxing, which taps into another element of intrigue. Stamp competed regularly while Lee sat on the sidelines for two-and-a-half years, and a battle of attrition could work in her favor.

Still, the reigning queen has five-round MMA experience and the heart to push through, so nobody should count her out if stamina comes into play.

If Lee can get her opponent down to the canvas, Stamp will be in deep trouble.

The Thai’s grappling game has developed by leaps and bounds, but “Unstoppable” has been doing it for most of her life. As the leading submission finisher (7) in ONE’s female divisions, Lee is most at home and potent on the ground.

Stamp has shown some frailties in her submission awareness, getting caught in tight-looking chokes, armbars, and leg locks – and even getting finished with a late guillotine by Alyona Rassohyna.

While Rassohya was unable to finish her submission attempts in the second clash with Stamp, “Unstoppable” is on a different level, and she’ll be more likely to convert an opportunity into a stoppage.

The atomweight titleholder also has a more diverse set of threats in her arsenal – some of which Stamp may be less used to defending – so she’ll feel confident if she can drag the challenger into her world.