ONE Championship may have a colossal roster of athletes, but there is no denying Cameroon-born Alain “The Panther” Ngalani stands out.

This is due, in part, to the imposing figure he cuts with his hulking physique, and the exciting style he brings to the cage. The fans also love him for his down-to-earth demeanor, humility, and gratitude. Simply put, he embodies the true spirit of martial arts.

Now based out of Hong Kong, where he runs Impakt MMA, Ngalani is a four-time Muay Thai and kickboxing heavyweight world champion. He is successfully competing in the upper echelons of ONE’s heavyweight division, all while being a dedicated coach, mentor, and businessman.

In this exclusive interview, Ngalani talks about where he sees his future following a recent defeat to Aung La N Sang in ONE’s first-ever Open Weight Super-Bout, and much more. 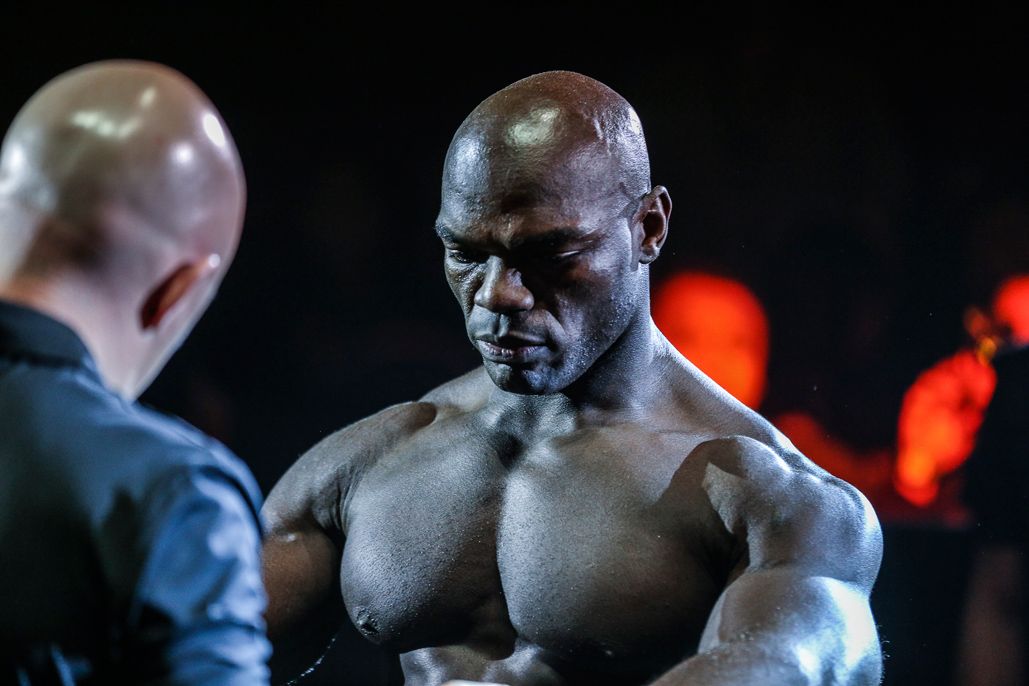 ONE Championship: In November, you met Aung La N Sang in the first-ever Open Weight Super-Bout. Now, three months removed, talk to us about the match.

Alain Ngalani: I expected him to go for the takedown. I know most people try doing that with me. I think that I did show some improvements in my ground work. I am striking much more comfortably now on the ground, and it was okay for me to stay there with him. I kept him there, and I felt I was dominating until he caught me with the guillotine choke.

ONE: Did you anticipate that happening?

AN: I did not see that he was going to take me for the guillotine. I did not work on it, and now I have. It shows there is just so much to learn. I want to learn every day. It keeps me alive and motivated, and I love that. I love the whole thing. I learned from the match and came out with more knowledge. I am happy, and I am looking forward to the next one.

I am not one to dwell on the past. The promotion was good, the match was amazing. I was in Myanmar, and the ambience was awesome. The crowd was electric. I loved the crowd, and I had a great response from them after the match. ONE: Aung La N Sang is facing Alexandre Machado for the ONE Light Heavyweight World Title. How do you see that match going?

ONE: You recently went to the ONE Elite Retreat. What was that experience like?

AN: First of all, I would just like to say it was a privilege for me to be selected. I can only thank ONE Championship. They really put a lot of effort trying to make us feel comfortable. To go and watch an event in Manila was a first for me – not competing, just watching the whole show – it was awesome.

Then they flew us to Boracay, and it was another level of excitement, fun, joy, and something completely different. We had the opportunity to learn a lot of things, meet our peers, and get to know each other. I am very proud and satisfied working with ONE. It is an honor to be a part of it, and it makes this job even more amazing. I am thankful and grateful. 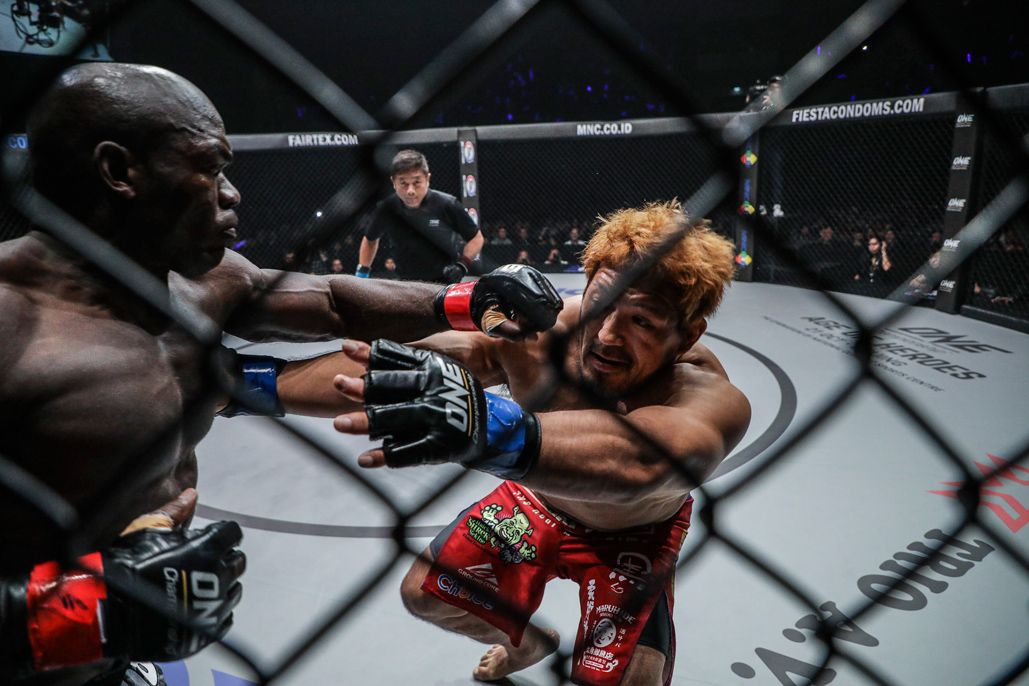 ONE: Did you take away some useful lessons?

AN: Definitely. We learned lots of things about social media, and how to use it to our advantage. I thought it was very interesting. Then they gave us all the information about how to better promote ourselves and use the ONE platform to market ourselves better. I came out of it with a lot more knowledge, and I am very grateful.

ONE: You were pictured with heavyweight world champion Brandon Vera, someone you have expressed a desire to compete against. How was that meeting?

AN: I was very happy to meet Brandon Vera. I know we will be crossing paths, and I have no problem showing respect because he deserves it. I told him I am looking forward to meeting him in the cage.

He is a true world champion. It would be an honor for me [to face him], and there is nothing wrong with that. It was a pleasure spending time with him, dancing with him, talking to him, and training with him. It was fun, and we had a great time. Once the time comes to step in the cage, we will step in there and do our jobs. 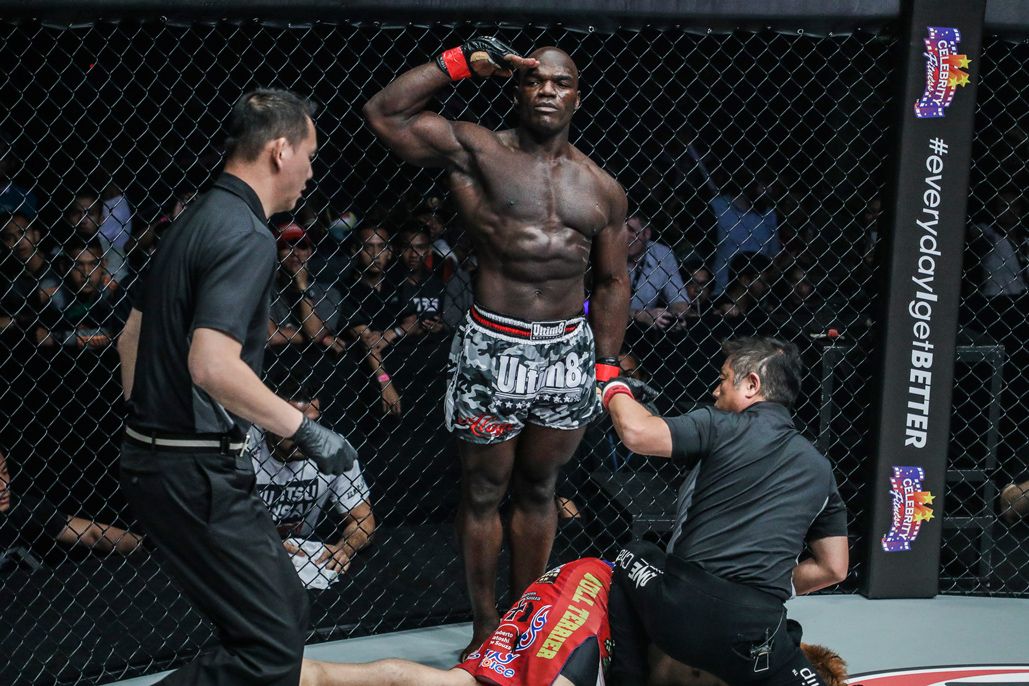 ONE: The promotion just revealed their plans for the ONE Super Series, which you will be a part of. What are your thoughts on that?

AN: It is very exciting for me to get back in there with some of the athletes that I used to compete along with around the world. We will meet again, and it is great. I know I am working a lot on competing in the cage and want to focus on that, but it is not negative for my cage career. It will not affect me to do some more striking, as it is my background. ONE Championship is just giving us so many more opportunities. The platform is widening.

ONE: Between the cage, the ONE Super Series, and your Impakt gyms, it must be intense juggling everything all at once.

AN: It is quite intense, but I am excited. You just want to be with an organization that makes sense and promotes the same values that you have. ONE is promoting athletes in an awesome way on a great platform. They are opening up more things for us, which makes it even more exciting. Since last year, I have been very busy, and I just love that. It pushes me and motivates me to give the fans what they want. It gives me more incentives to train harder and be more prepared.