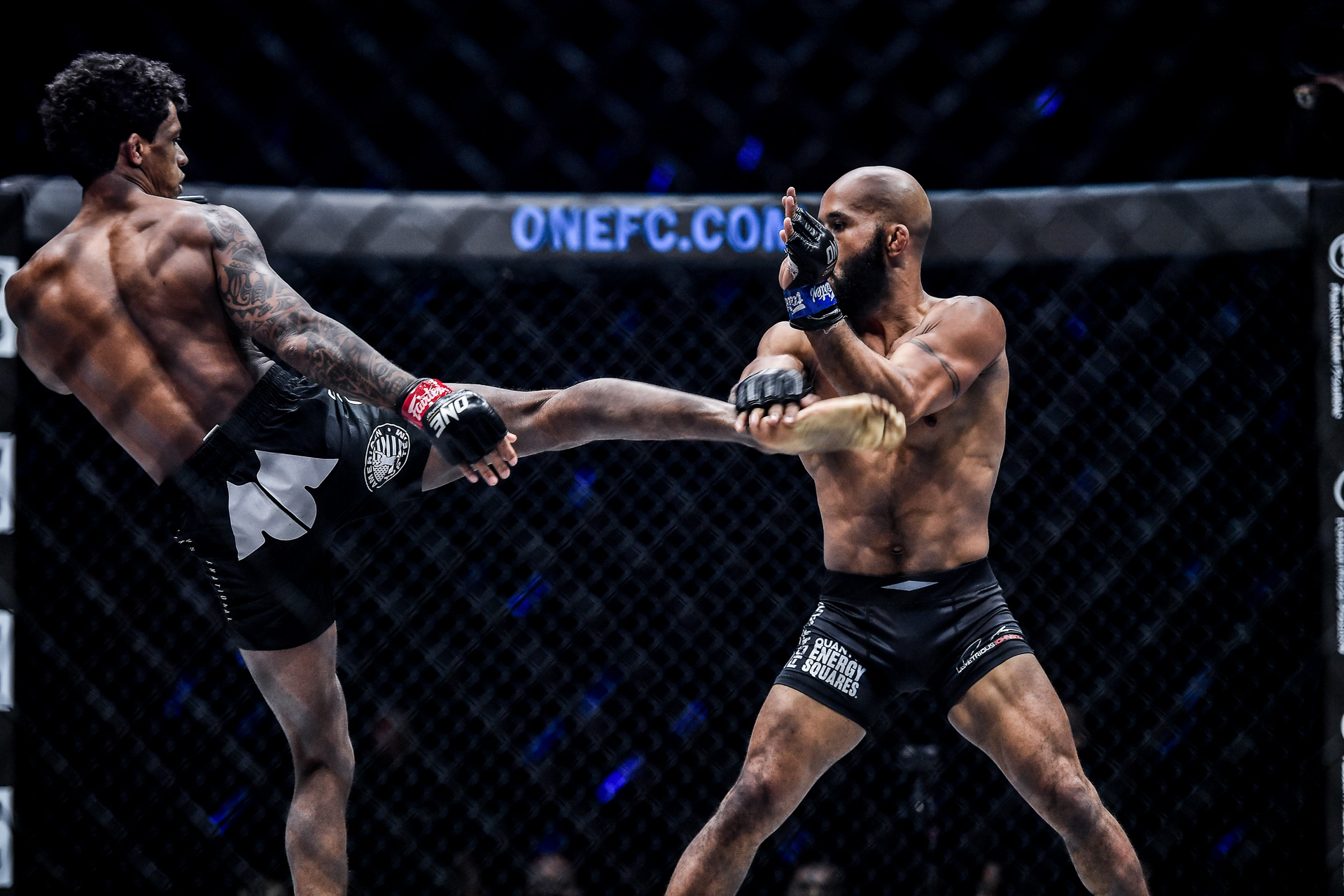 Adriano Moraes and Demetrious Johnson are just days away from one of the most highly anticipated rematches in ONE Championship history.

This Friday, August 26, their ONE Flyweight World Title clash will headline ONE on Prime Video 1, which airs live from the Singapore Indoor Stadium in U.S. primetime.

Last year, Moraes stunned fans across the globe by handing “Mighty Mouse” the only knockout loss of his legendary MMA career.

Now, the global fan base is eager to see whether the reigning king can repeat his feat, or whether the 12-time Flyweight World Champion will make the necessary adjustments to capture the belt.

It certainly won’t be easy no matter who comes out on top. Here are the biggest keys to victory for each man in this epic main event at ONE Championship’s first card on Prime Video.

Moraes managed the distance well in the first round of their original encounter, using his long frame to pepper “Mighty Mouse” with straight punches and kicks.

“Mikinho” combines these rangy strikes with his movement to circle away from danger and keep opponents from easily engaging with him.

This is something that Johnson has highlighted when reflecting on that first fight, and if the defending World Champion can control the distance and pace once again, he will benefit greatly in the rematch.

For starters, Moraes will be able to land strikes without too much threat because of his reach advantage. And if “Mighty Mouse” gets frustrated and is forced to rush, he could leave openings to attack.

In their first bout, the Brazilian stood his ground when Johnson charged in. He planted his feet and landed the thudding uppercut that was the beginning of the end.

It’s clear that “Mikinho” can mix patience with power if DJ feels pressured and makes a similar mistake this time.

#2 Johnson Finding A Safe Route To Close The Distance

Smart entries will be key to Johnson’s success in the rematch. He wants to avoid a similar fate, and that means closing the gap to strike, clinch, or wrestle without eating hard shots.

Fortunately, the 36-year-old has plenty of tools at his disposal to accomplish this.

Those include fast in-and-out movements that allow “Mighty Mouse” to dart in for strikes and then get out of the way if a counter comes. He can also switch stances to take up space or get into an advantageous position from a different angle.

Feints will be a key factor, too, as making Moraes react to a potential strike means he will be less likely to reply with a counter.

One thing is for sure, though. Whenever Johnson closes the distance, he must make sure to take his head off the centerline or shell up to prevent walking into powerful shots.

While it’s unlikely that “Mikinho” will come out ahead in the wrestling exchanges, that isn’t necessary for him to have success on the ground in this matchup.

The Brazilian is a master at capitalizing on opportunities when they arise. In his last World Title defense against Yuya Wakamatsu, the BJJ black belt finished the fight with a guillotine choke when the Japanese athlete’s takedown entry wasn’t clinical enough.

Moraes also has some sneaky back takes from standing, which can be a tool in the clinch or after a failed Johnson shot. And on the ground, he’s effective at moving into dominant positions to set up his chokes.

“Mighty Mouse” is an elite grappler who’s never been submitted in his career, but up until he met Moraes, he’d never been knocked out, either.

That means nothing is off the table, especially when the reigning divisional king is so potent once he gets the chance to wrap his arms around a neck.

If Johnson can successfully close the distance to engage with his longer rival, he’ll have a good chance to land a takedown. And when the American is on top, he’s incredibly hard to move.

That dominating top game could be a major factor in this contest. Moraes has only lost twice in his last 13 fights – both coming via split decision – but in both matches, there were pivotal stretches when he was pinned to the canvas.

Meanwhile, “Mighty Mouse” has a sturdy base and excellent control, which he can combine with his ground-and-pound to win long sections of the battle.

If Johnson can force “Mikinho” into bad spots for extended periods, the latter will have to work his way out at any cost.

And similar to his Brazilian rival, DJ is very good at jumping on submission opportunities – even in the smallest of windows.