ONE Hero Series (OHS) kicked into action in January, and its first six events of 2019 have uncovered some incredible talent that could be the stars of ONE Championship in the years to come.

China’s hottest mixed martial arts and kickboxing up-and-comers have duked it out for their chance to earn a contract in the world’s largest martial arts organization, and the entertainment has only been matched by the athletes’ hunger.

These competitors have given everything in fast-paced match-ups, and the finishes have been some of the best of the year so far.

Plenty of rising stars have shown their potential, and the cream has already started to rise to the top. These are just six that have stood out on China’s best platform for burgeoning martial artists. You should be seeing a lot more from them for the rest of the year – in OHS, and maybe on the global stage. 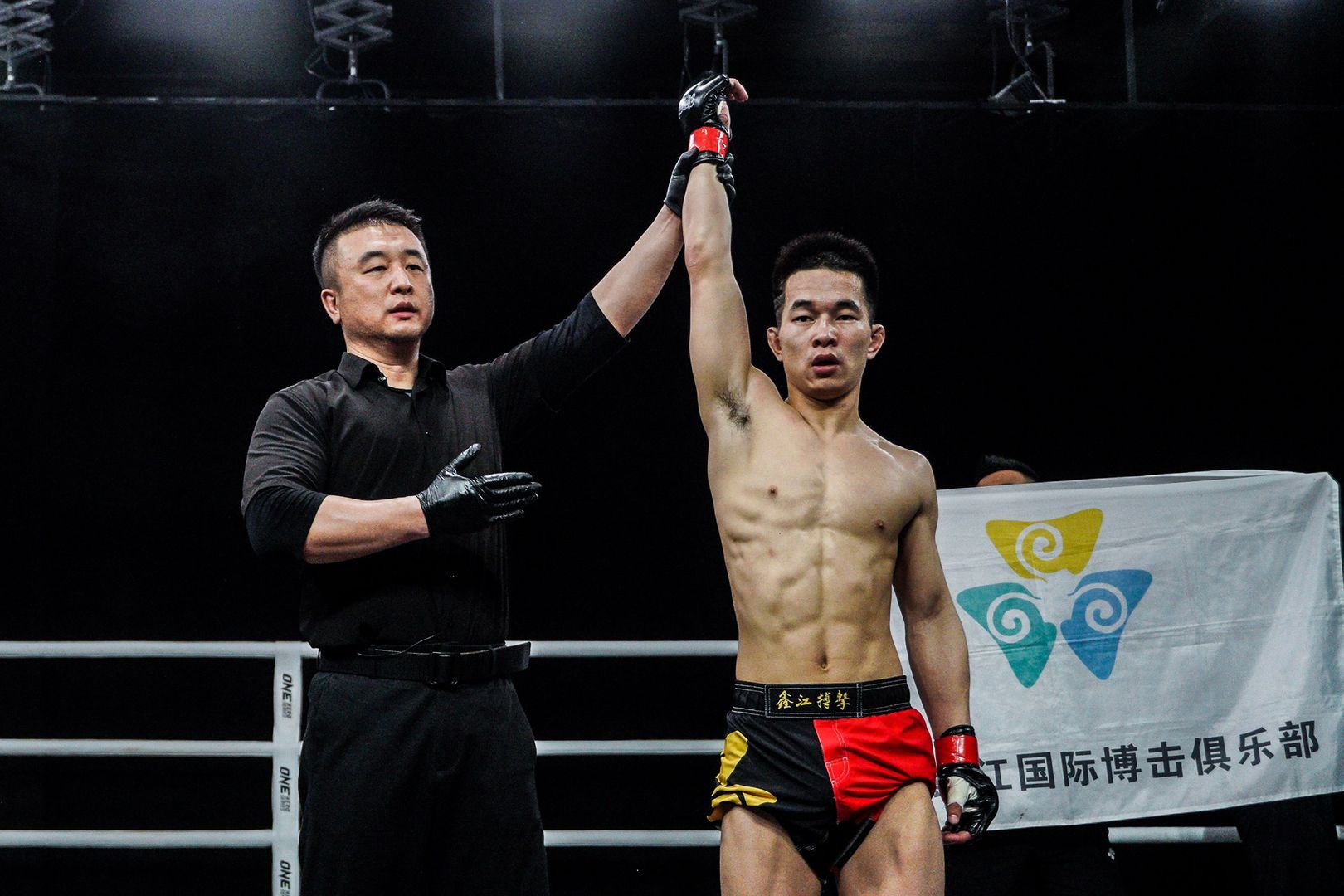 “The Hunter” Xie Wei has been unstoppable in his OHS tenure to date. He is dangerous from the first bell with his powerful striking, which has earned him a trio of consecutive knockout wins.

Now boasting an impressive 9-2 mixed martial arts record, he will be looking to test it against the world’s best. 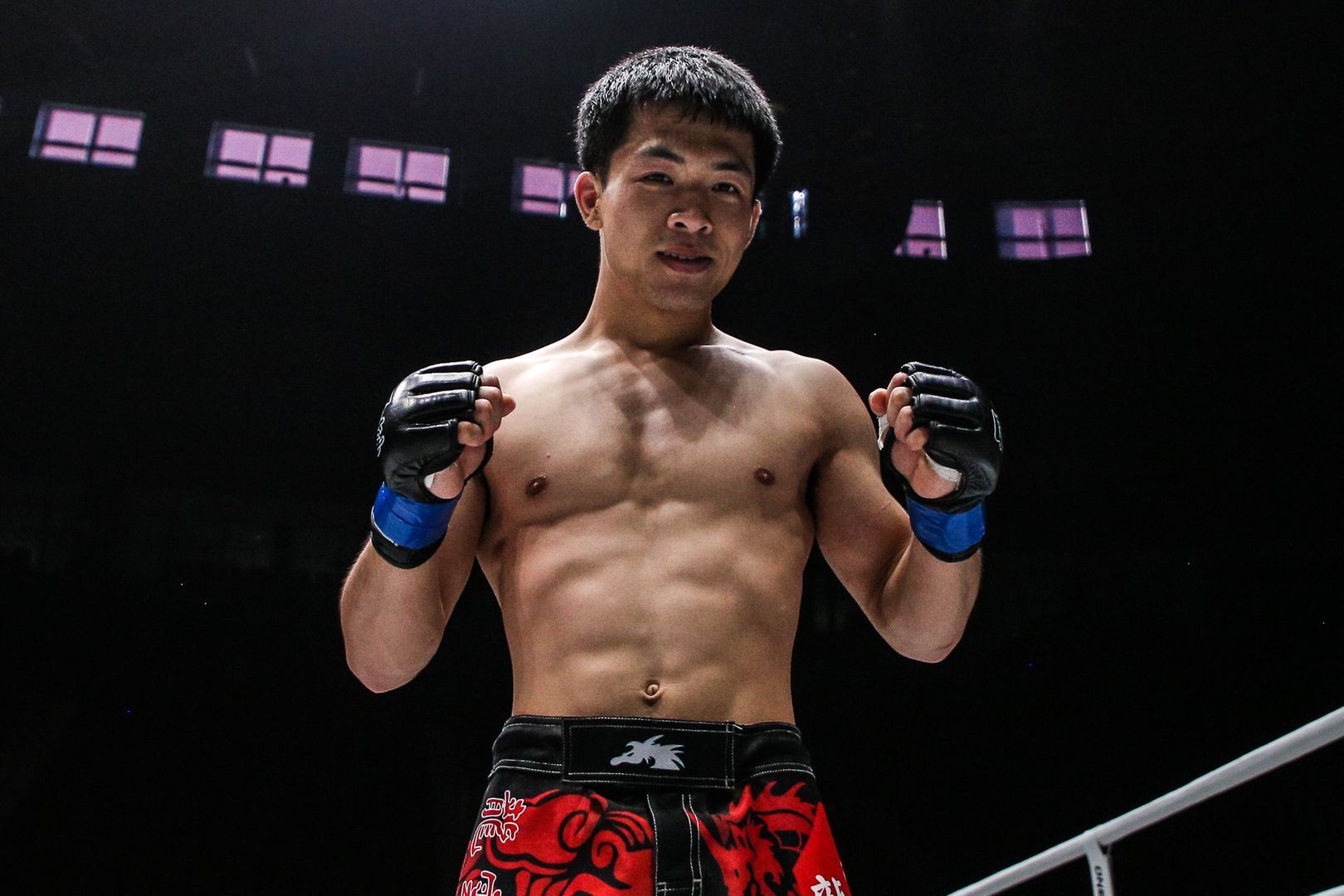 Li Zhe has been the most prolific competitor in OHS with four appearances.

The Longyun MMA product’s BJJ skills have taken him to three wins by submission, including two arm-triangle chokes and a rear-naked choke win.

His clinical submission skills have seen him progress from inexperienced newcomer to 5-1-1 strawweight rising star in just a few short months. 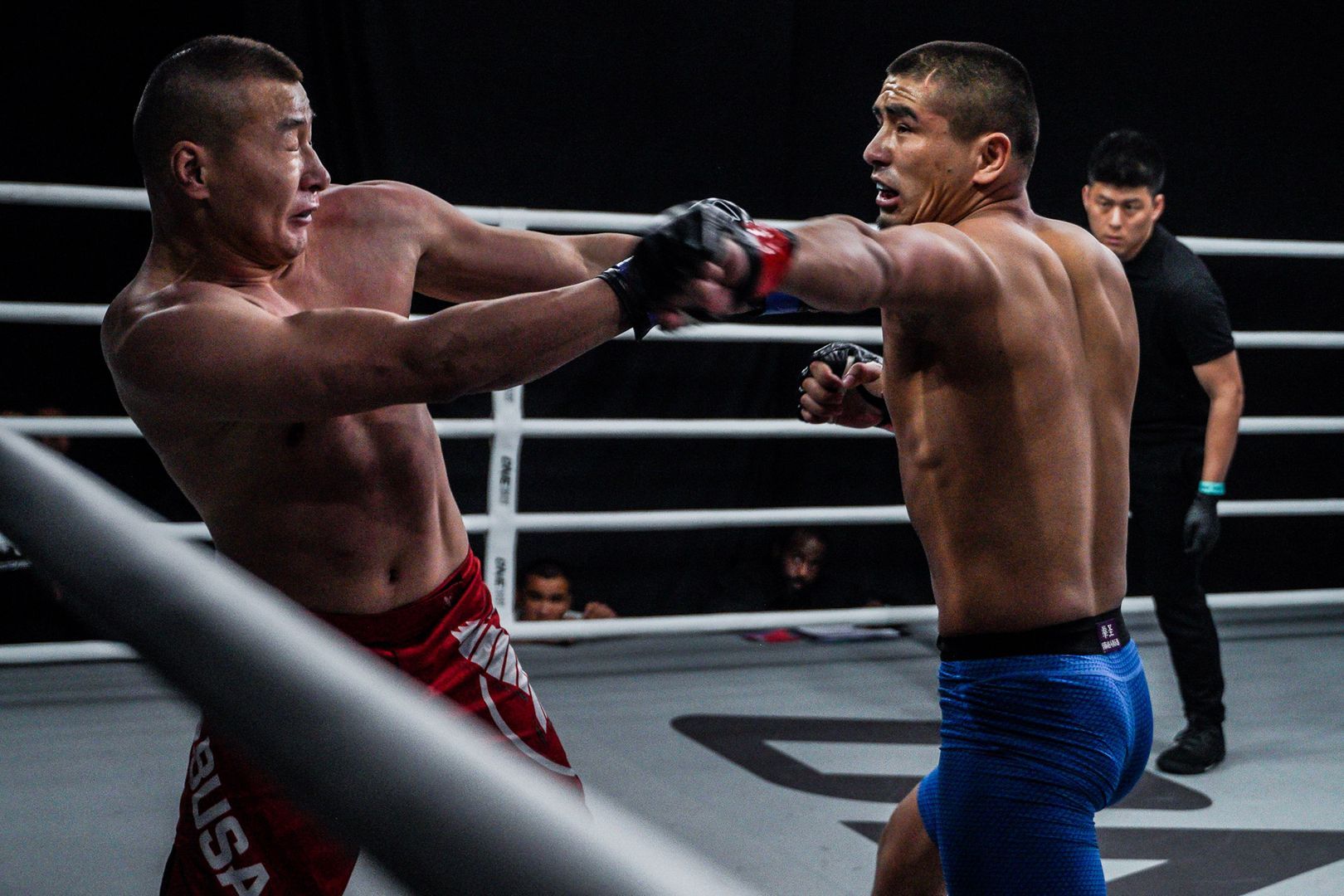 “The Eagle From Tian Shan” Makeshate Sailike has used his crushing left hook to defeat back-to-back opponents in OHS and improved his mixed martial arts record to 8-4.

The 21-year-old middleweight opened his OHS account with a memorable finish of  Tao You Fei in January as he felled his rival like a tree with a looping left hand.

He followed that with a first-round TKO of “The Bargain” Wurigenbayar three months later to stay perfect as a ONE Hero Series athlete. 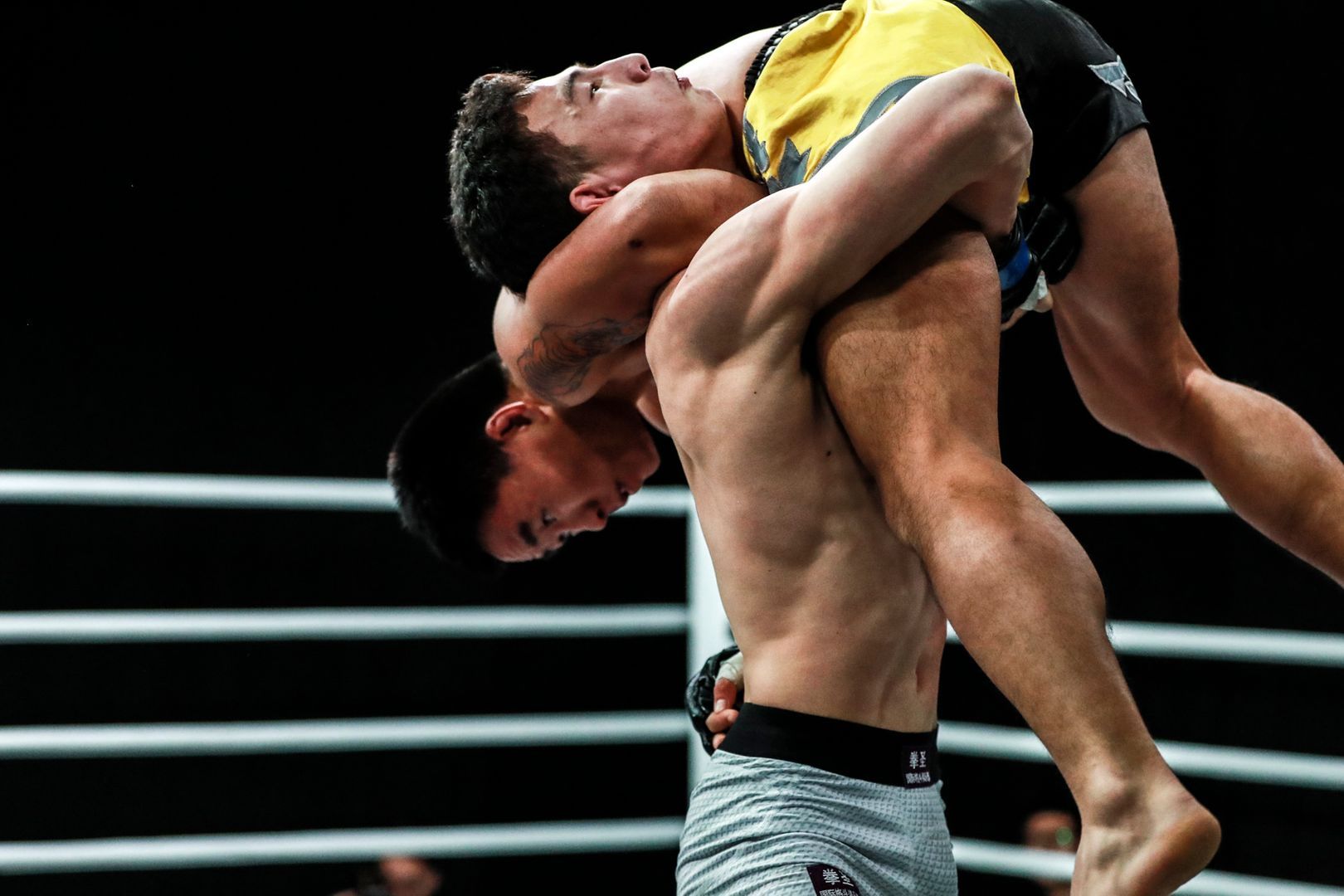 Undefeated Ahejiang Alinuer has pushed his professional record to 7-0 with back-to-back first-round victories in February and June.

In his last outing, the 20-year-old wrestler fended off Zhong Qing Ya’s submission attempts before he dominated his rival from top position and finished with heavy ground and pound from back control. 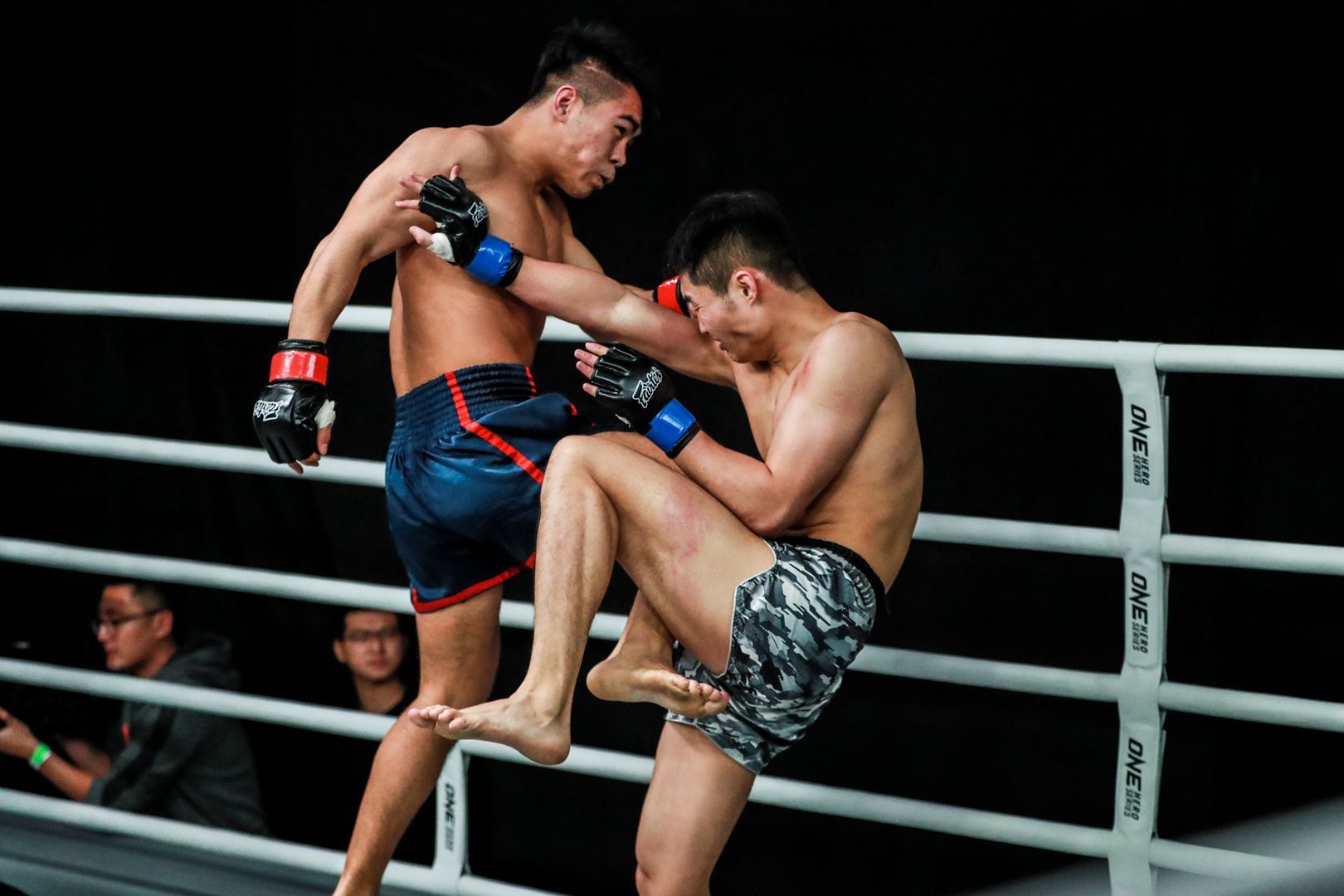 Pan Jia Yun has delivered two exceptional performances under the OHS kickboxing banner, and has a perfect slate of 2-0 to show for it.

The Xinghui Boji Club forced Zheng Bo to retire, and then defeated Fu Qing Nan via split decision to earmark himself as a top prospect at just 21 years of age.

Now with 20 victories as a professional, he may not be too far away from taking a step up in competition. 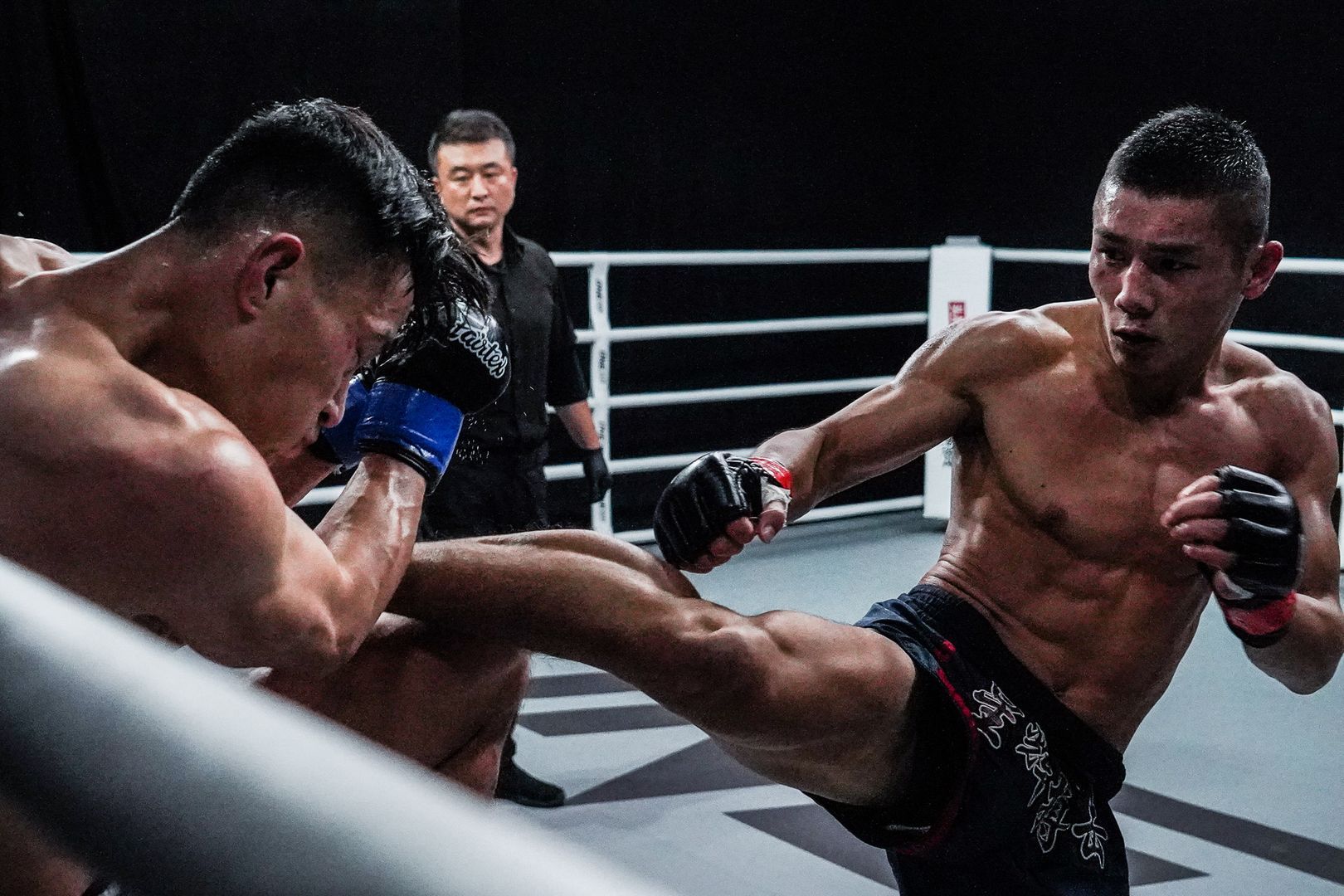 Pan’s teammate Li Yuan Kun has also helped to showcase the rising stars that the gym in Zhongshan is producing in the kickboxing realm with a flawless 2-0 slate.

Li’s fierce body punching has made him a purist’s favorite, and his power was on display when Dai Xiong Li felt his full force at OHS February when a succession of left hooks to the body dropped him to the canvas.

His follow-up win against the Zhang “The Villain” Tao – the owner of 38 career wins – boosted his record to 19-3 and proved he can excel against stiff competition.